Switcher in the wilderness 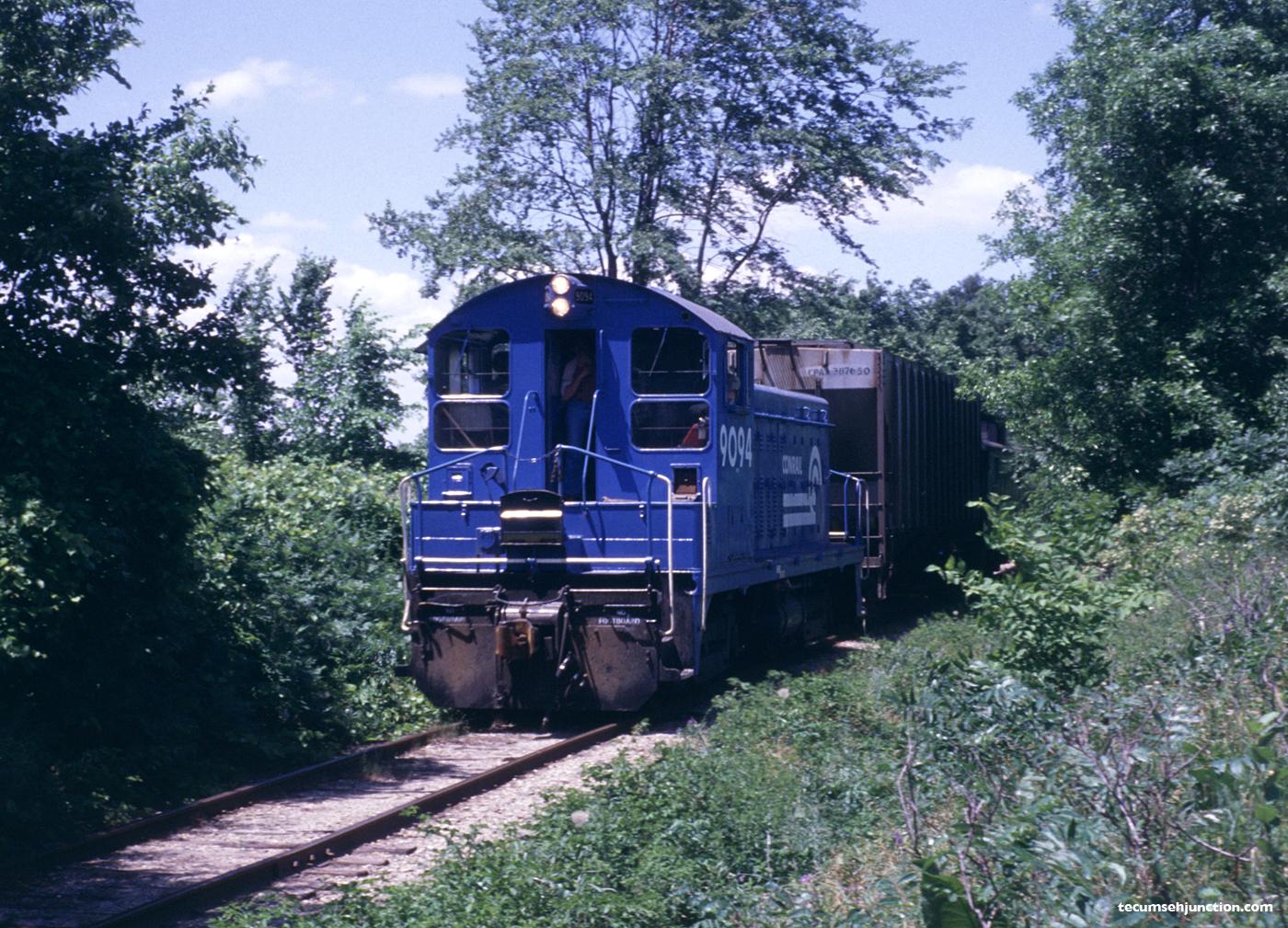 By the late 1970s, in the early Conrail days, the Clinton Secondary Track between Clinton and Lenawee Jct., Michigan was being encroached upon by wild vegetation.

On a hot July afternoon in July 1978, Edward D. Hodges photographed the southbound “Clinton Local” as it passed through such a particularly bad area on its trip from Clinton to Tecumseh on the former-NYC line. The train will travel down to Lenawee Jct., exchange cars, and return back to Clinton in the evening.

Conrail 9094 is an SW9 switcher, built for the Pennsylvania Railroad in March 1951 as PRR 8869. It was a regular on the Clinton line in the late 70s, and the first blue Conrail locomotive to be seen in the area.