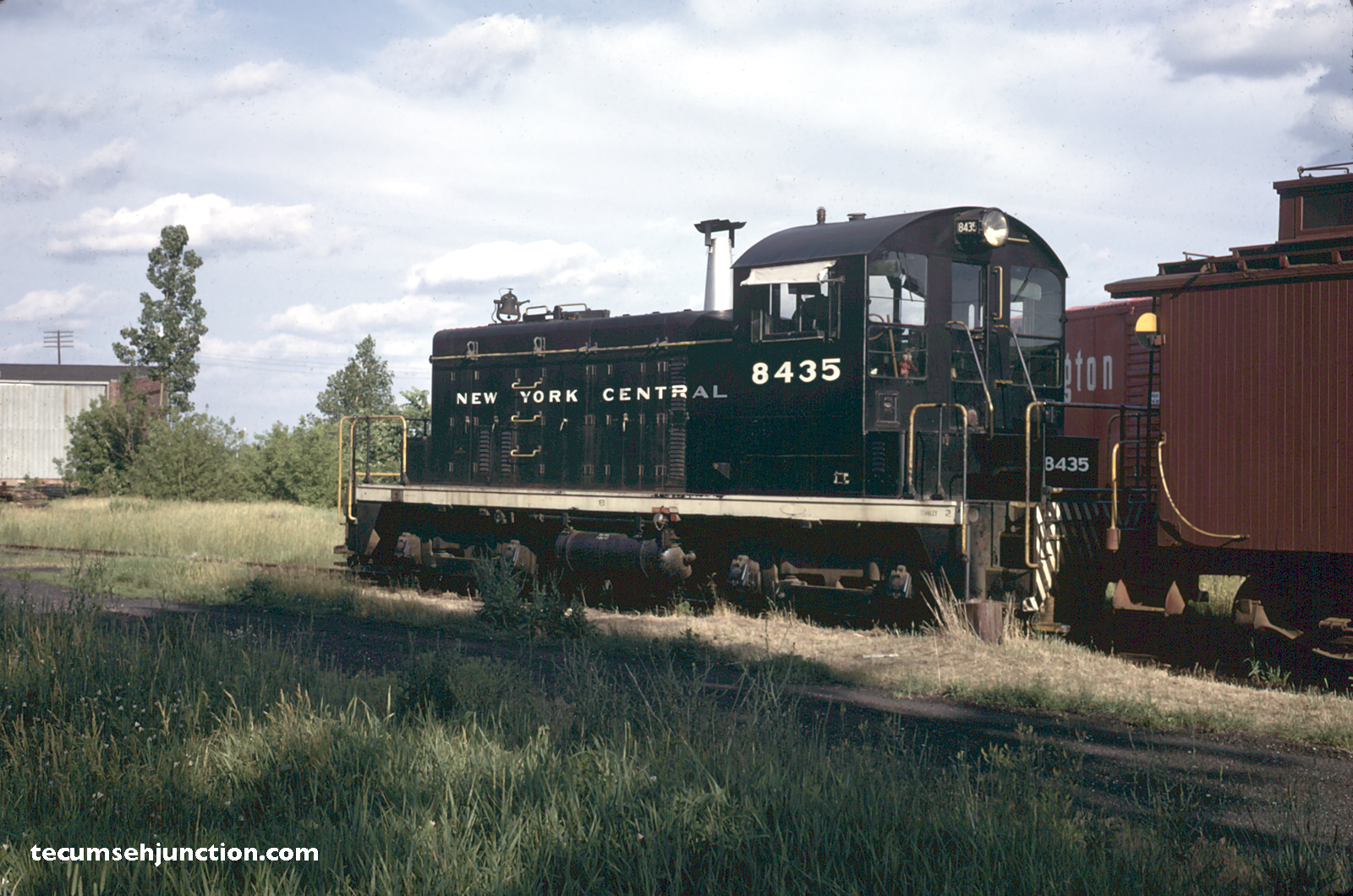 It is the summer of 1967 in Adrian, Michigan. With the “Old Road” line from Toledo to Elkhart having been severed some years earlier, Adrian is a bit of a backwater on the mighty New York Central System, at the end of the stub of Old Road coming up from Toledo. But the the town still serves a purpose for the NYC. Not only are there local industries to switch, but the Adrian yard also serves as home base for locomotives and crews running out to serve the branch lines to Clinton, Ida, and Morenci.

These slides were purchased at a train show many years ago, and the photographer is unknown. The photos indicate that the NYC’s preferred branch line motive power at the time was the EMD SW-1 switcher. The relatively light weight of the SW-1 was likely an advantage considering the poor state of the branch line trackage.

NYC 8449 (below) was a decade older, having been built as NYC 601 in February 1939. This unit remained in use through to Conrail days, and was last photographed in Conrail blue in 1979. It was traded in to EMD and scrapped. 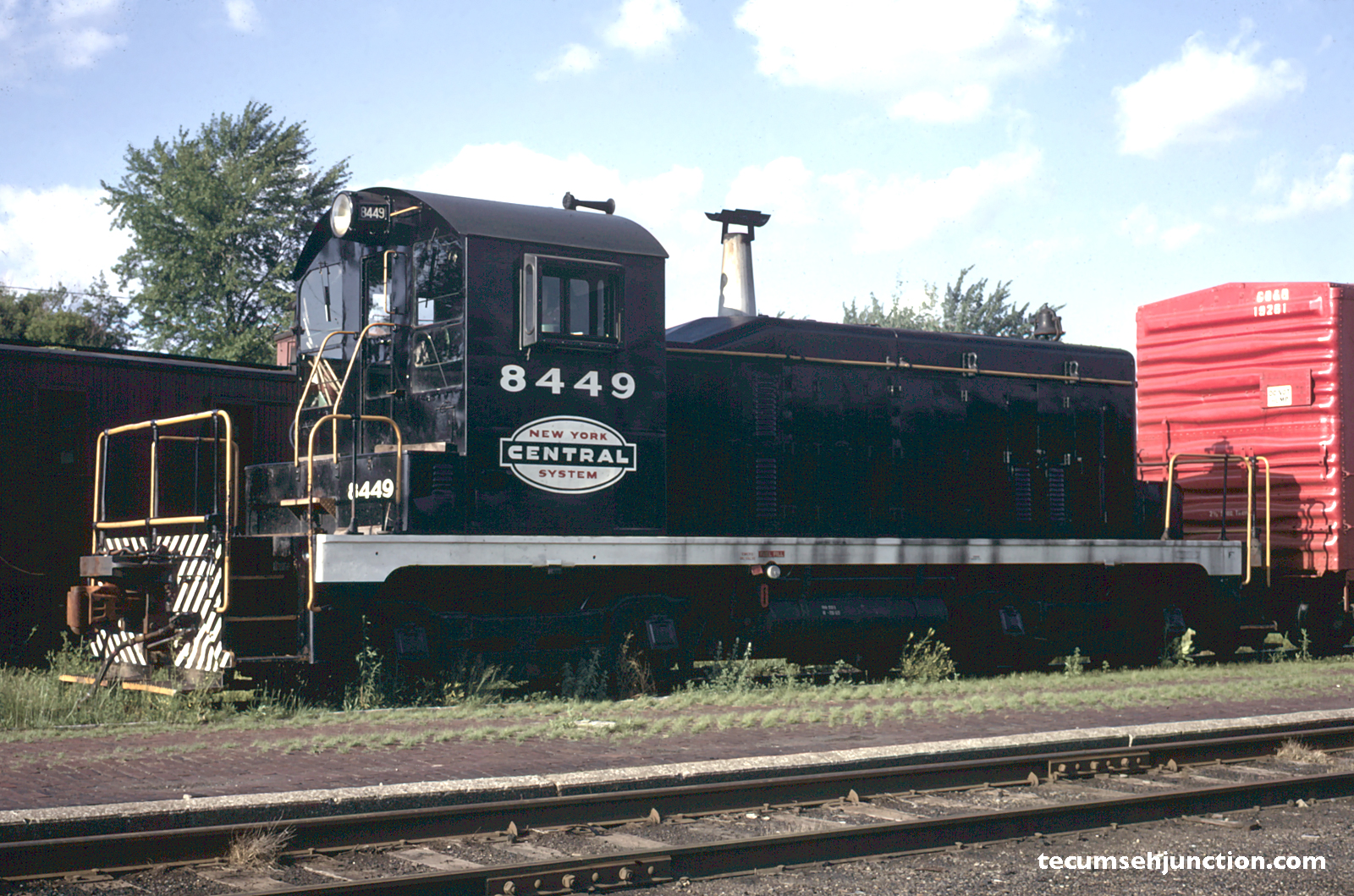