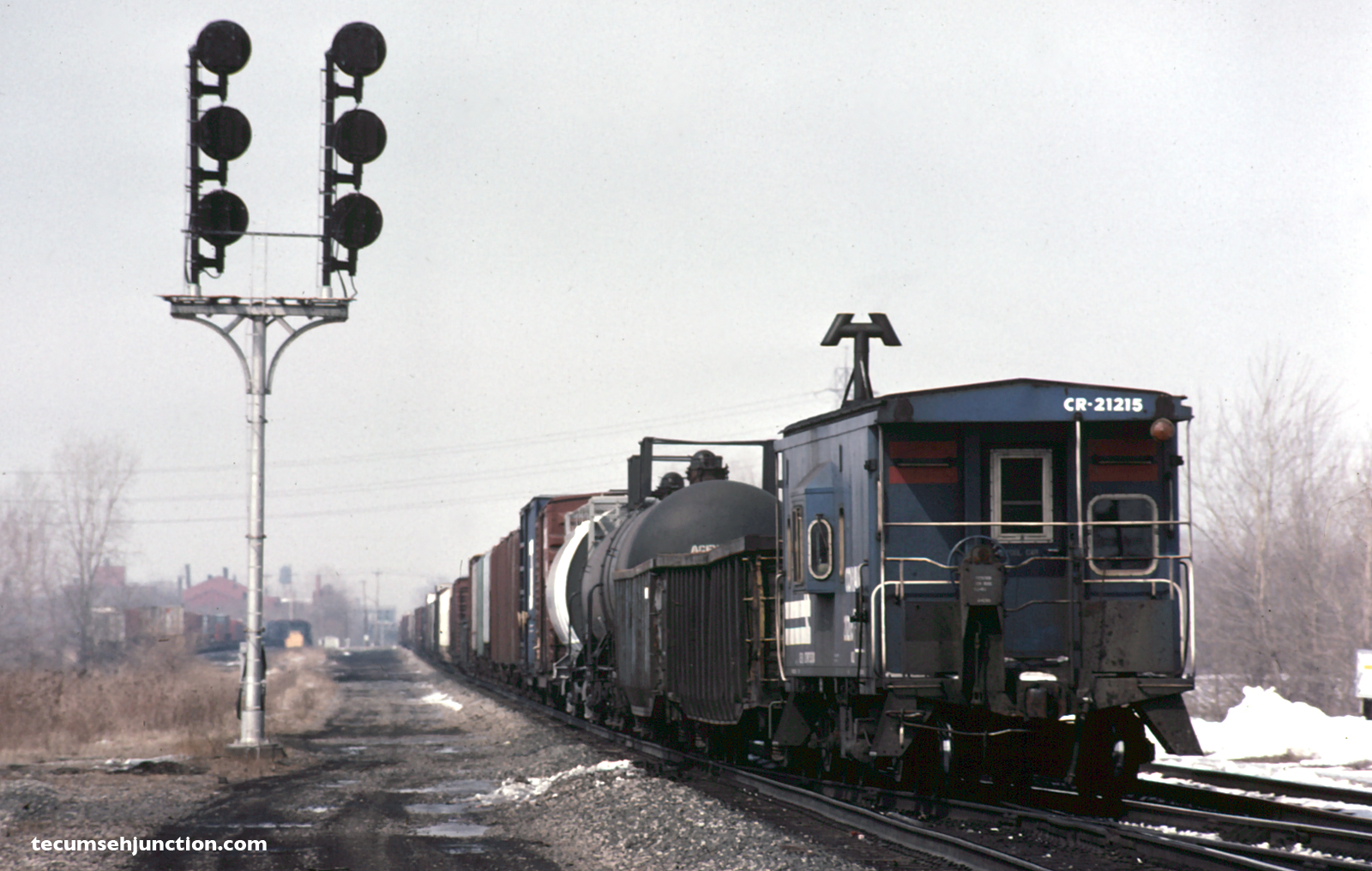 Conrail caboose #21215 brings up the rear of a westbound freight train at Vickers Crossing at Toledo (Northwood), Ohio on March 3, 1984, finishing a crossover movement between main tracks. The train has just passed over the diamonds of the Toledo Terminal Railroad at Vickers.

Within the next 1-2 years, cabooses would be eliminated on most mainline freight trains, and large numbers were sent to the scrapper. CR #21215 escaped this fate, and was purchased by the Catawissa Railroad Company in Pennsylvania, where it was adapted and used as holiday accommodation. 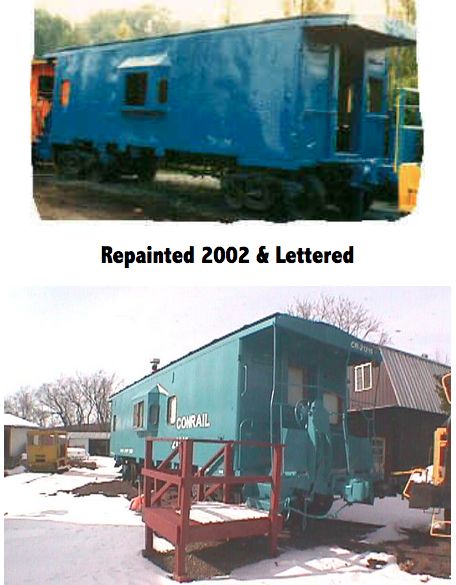