Located at the end of the Erie & Kalamazoo, Michigan’s first railroad, Adrian, Michigan was long an important railroad town. Located on the “Old Road”, the Lake Shore & Michigan Southern’s original route between Toledo and Chicago, the town was also a hub for several LS&MS (later New York Central) branch lines.

The Old Road was severed west of Adrian in the 1960s, and through traffic on the New York Central disappeared. But the NYC Old Road stub into Adrian remained busy, with numerous local customers, and the town was also an origin point for locals serving branches to Ida, Clinton, and Morenci.

The New York Central disappeared into the Penn Central Transportation Company in 1968, but when photograph Edward Hodges visited in April 1974, there was still a lot of local rail business. The photos below were taken taken in the vicinity of the Penn Central yard office. 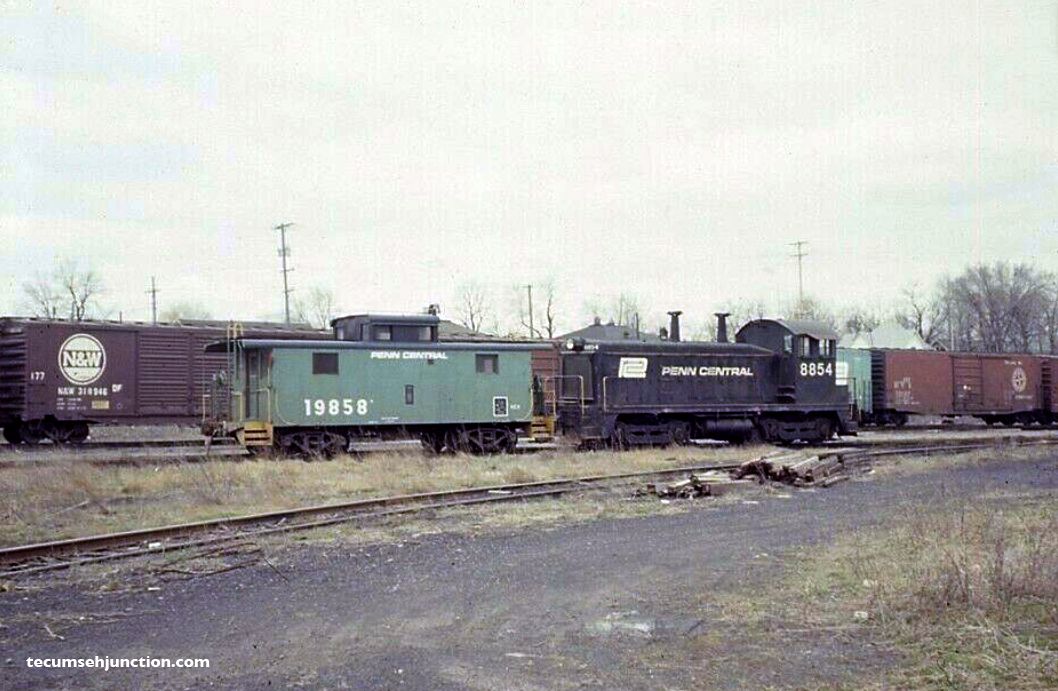 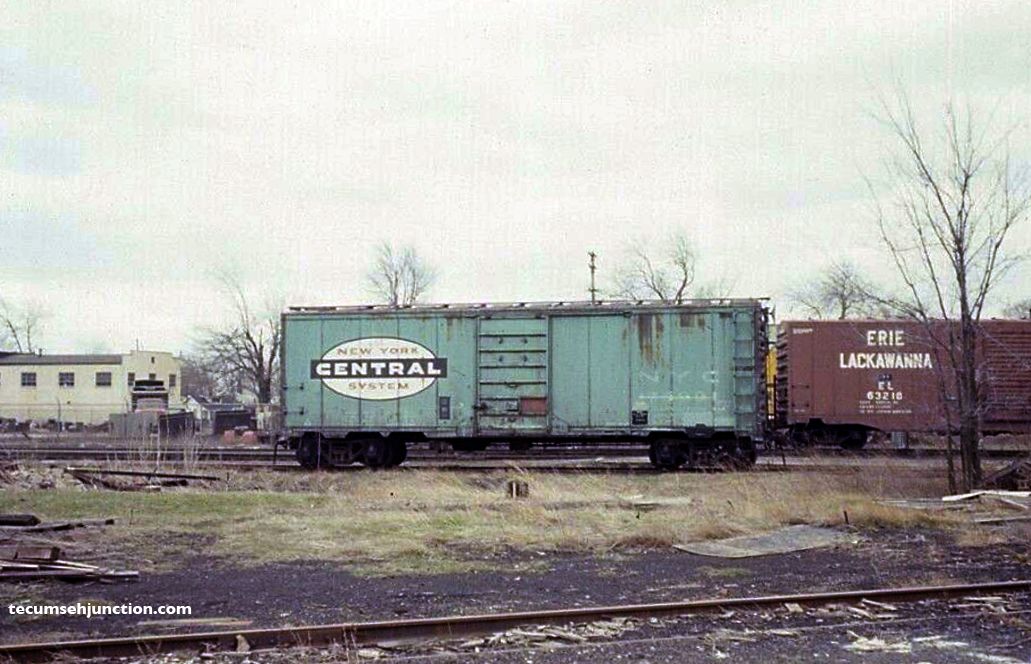 This ex-NYC box car was resident in Adrian for many years, used for locomotive sand storage. This was a former “Pacemaker” car, and close up one could see the red and grey paint reappearing as the green flaked off; the car also rode on high speed trucks. The car remained in used into the days of the Lenawee County Railroad, but was eventually scrapped in about 1990. 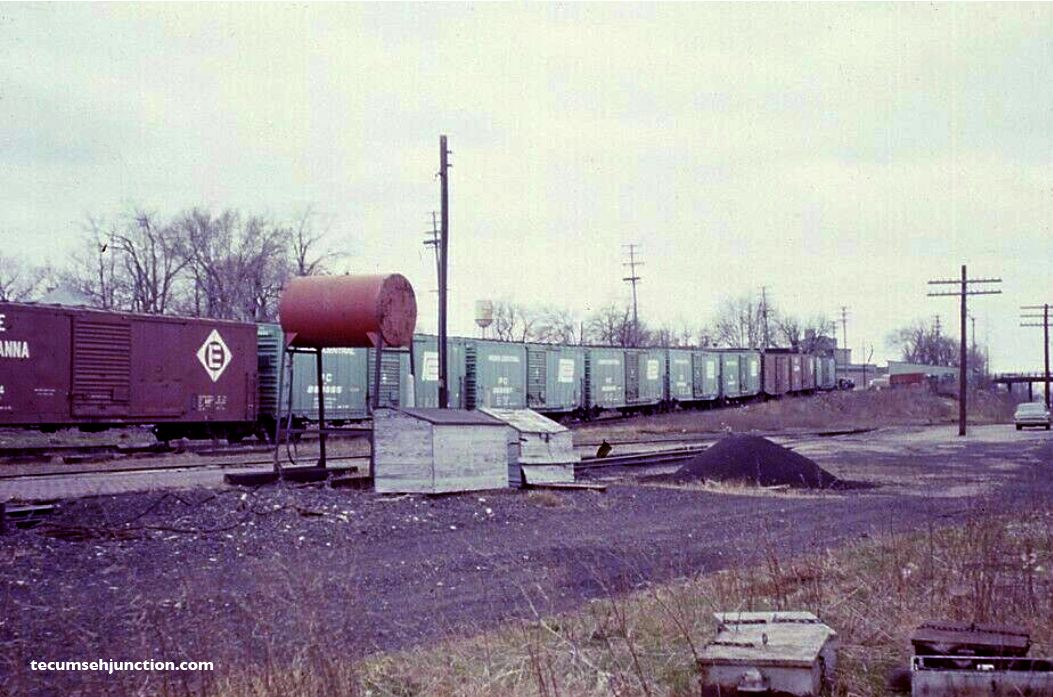 A line of 50′ boxcars sit on the track leading to the Stubnitz Spring plant (a.k.a. “Stubbies”). A steep grade led up to the plant, followed by a sharp curve. The fuel tank and boxes were the locomotive and caboose “servicing facilities”.