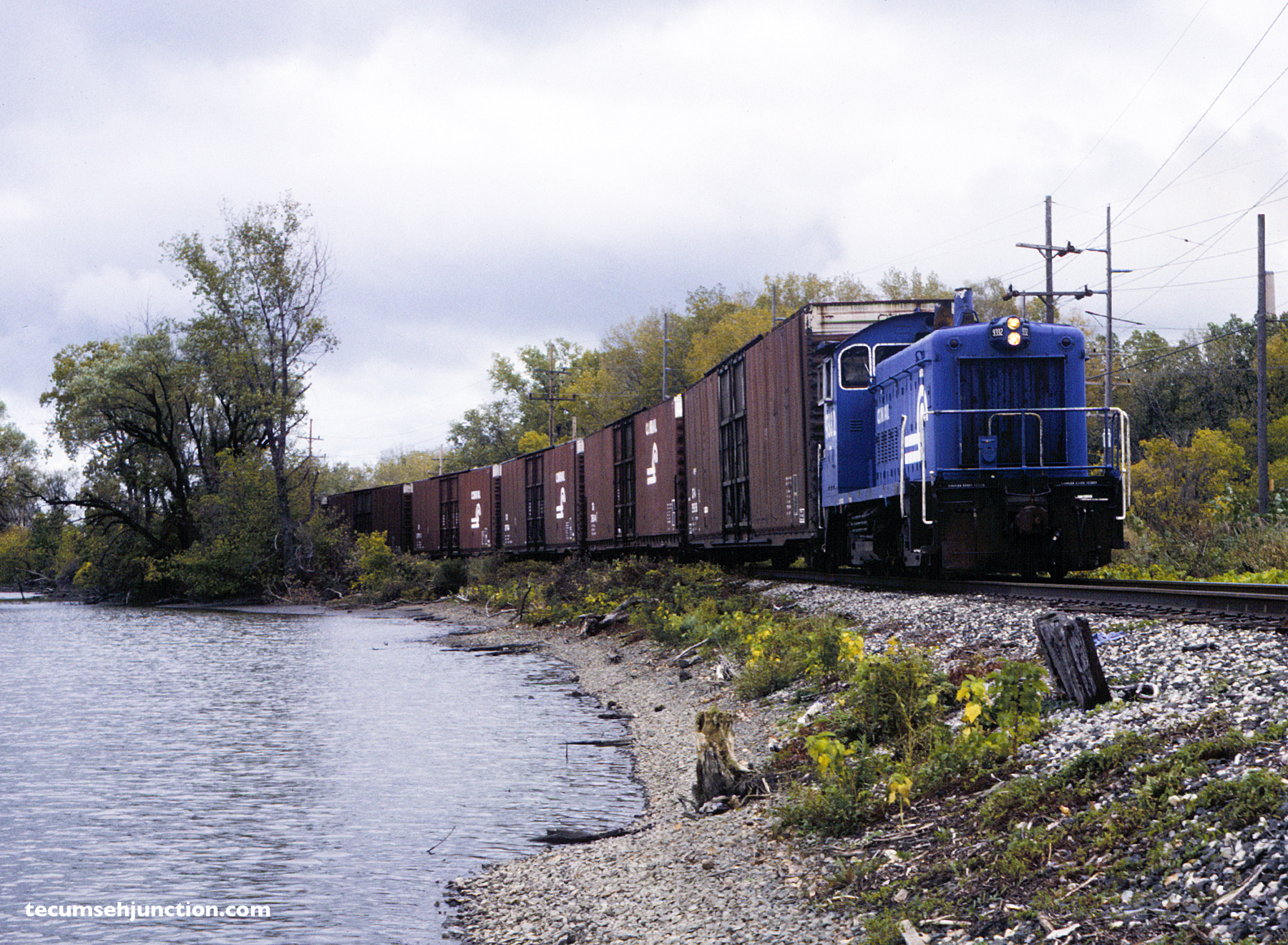 On the overcast afternoon of 14 October 1987, Conrail switcher #9332 returns to the yard with cars from the Ford Motor Company plant in Monroe, MI.

The plant was constructed in 1929 by the Newton Steel Corp., and it was the site of the famous Newton Steel Strike of 1937, which was part of a national strike against the so-called “Little Steel” plants. Before the strike was broken and the employees forced to return to work, 11 workers were injured by the Monroe police force and 383 deputized thugs.

Conrail reached the Ford plant via a spur line skirting the north shore of the River Raisin. It afforded some scenic views in an otherwise industrial area.