Czersk is a small town located in the north of Poland in the Pomeranian Province. The town lies on the east-west “Ostbahn”, the “East Railway” which was once an important German main line from Berlin to Königsberg, now the city of Kaliningrad in Russia. Now relegated to secondary main line status, this route still handles a moderate amount of passenger and freight traffic. Czersk also serves as a junction station, with lines running southeast to Laskowice Pomorskie, and north to Bąk and Kościerzyna. 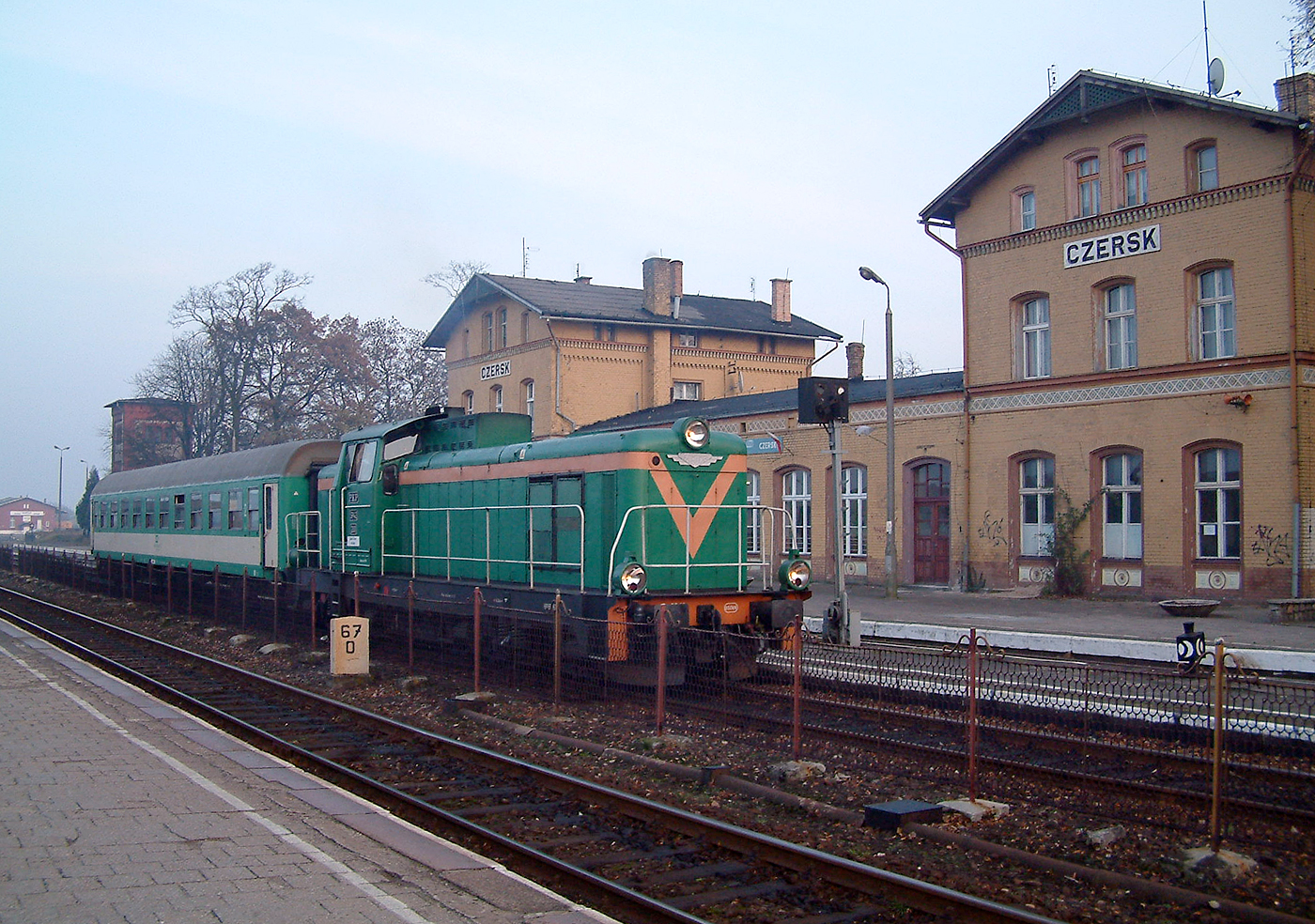 A PKP SP42-class locomotive sits in front of the station in Czersk on 31 October 2003.

Being a junction station, Czersk has two signal boxes, and array of manual semaphore signals to control traffic.

In the early 2000s, the semaphores were still lit at night by oil lamps. A maintainer would go around on a regular basis, lower the lamps, and fill them with oil and do other maintenance as necessary. On a visit to Czersk in spring of 2001 I was able to catch the maintainer doing his work. In the intervening years, although the signals are still in use, they are now lit by electric lamps. 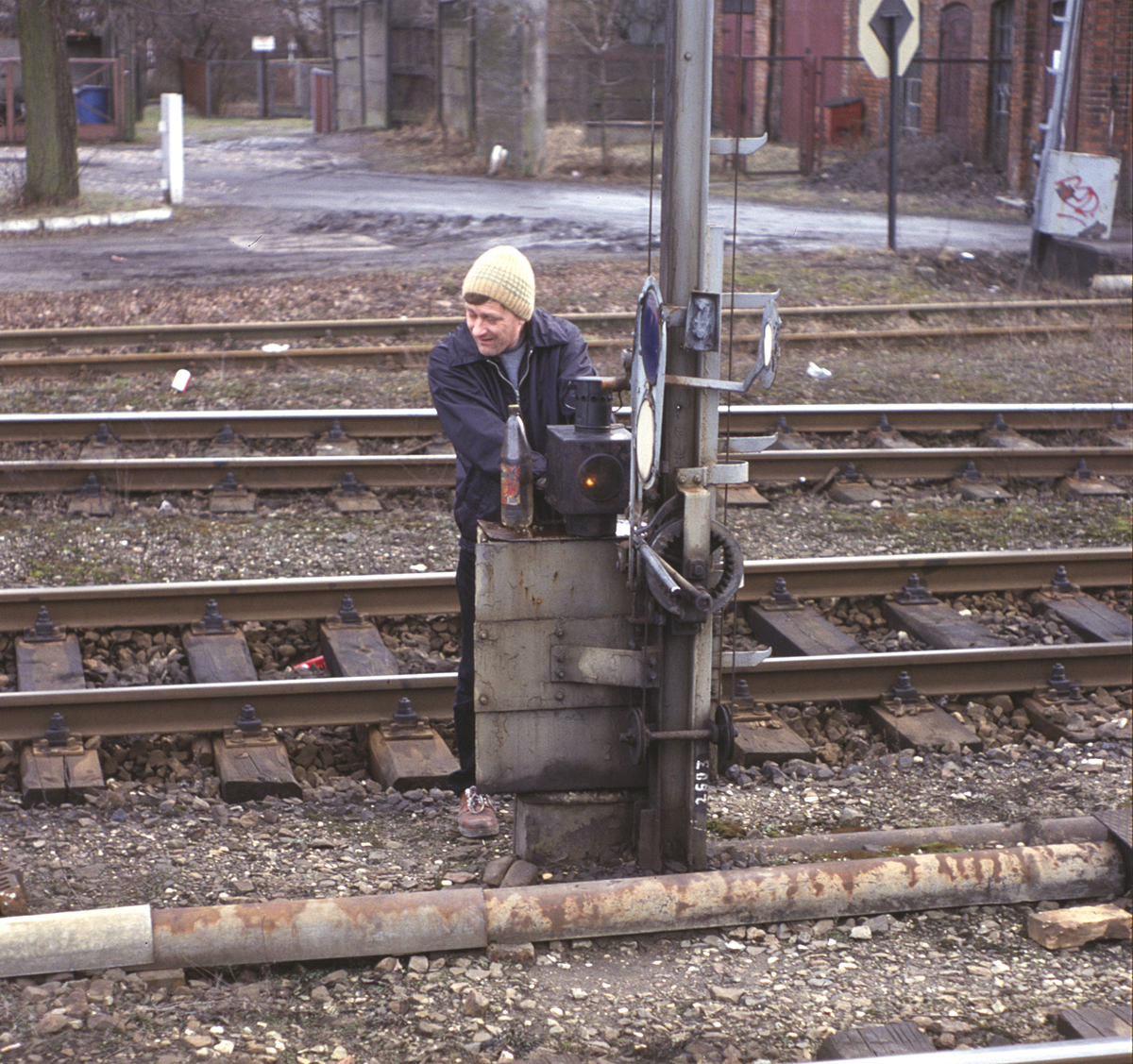 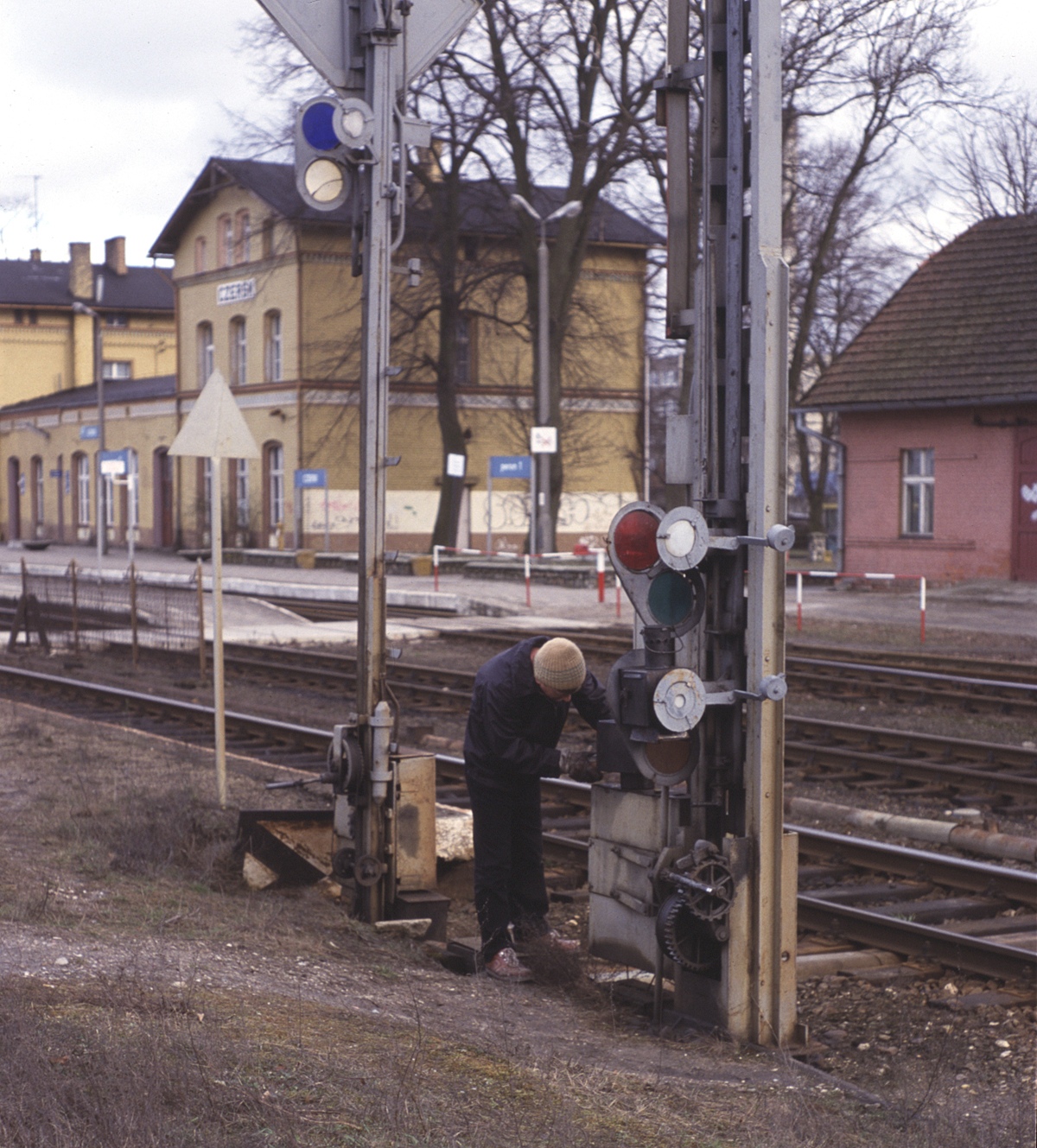 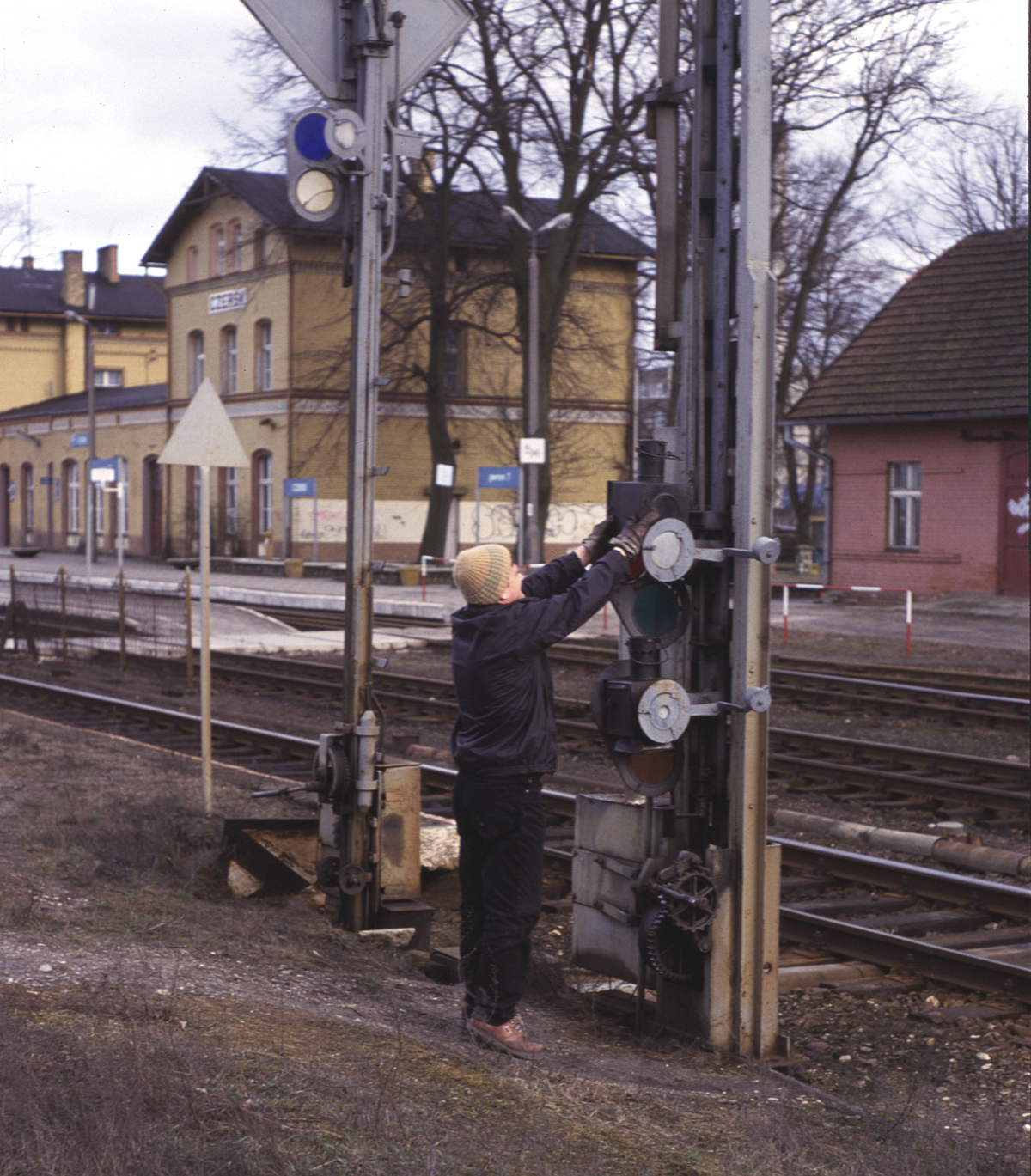 Semaphores serve the purpose of controlling train movements, so the following photos show some trains passing the semaphores at Czersk. 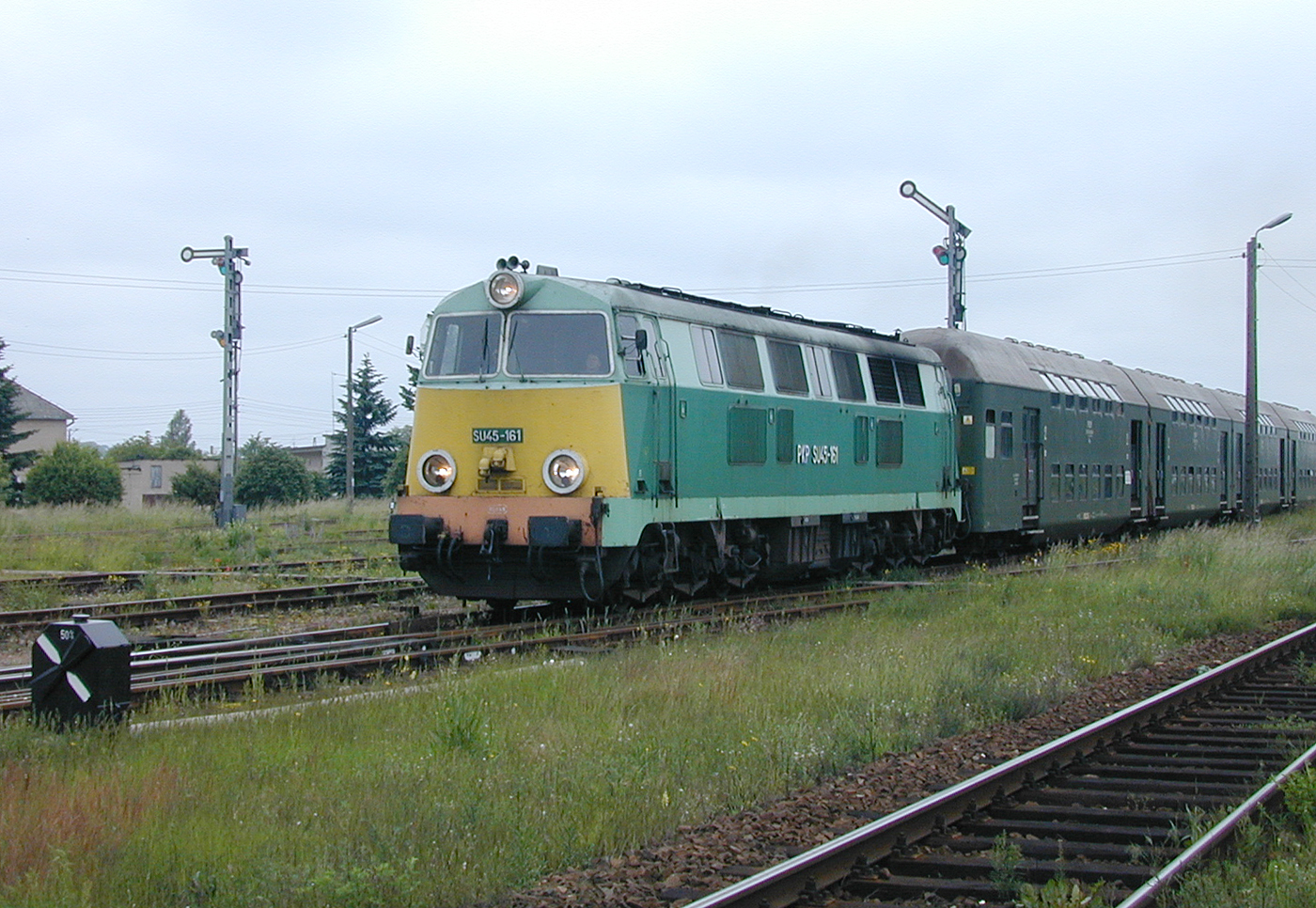 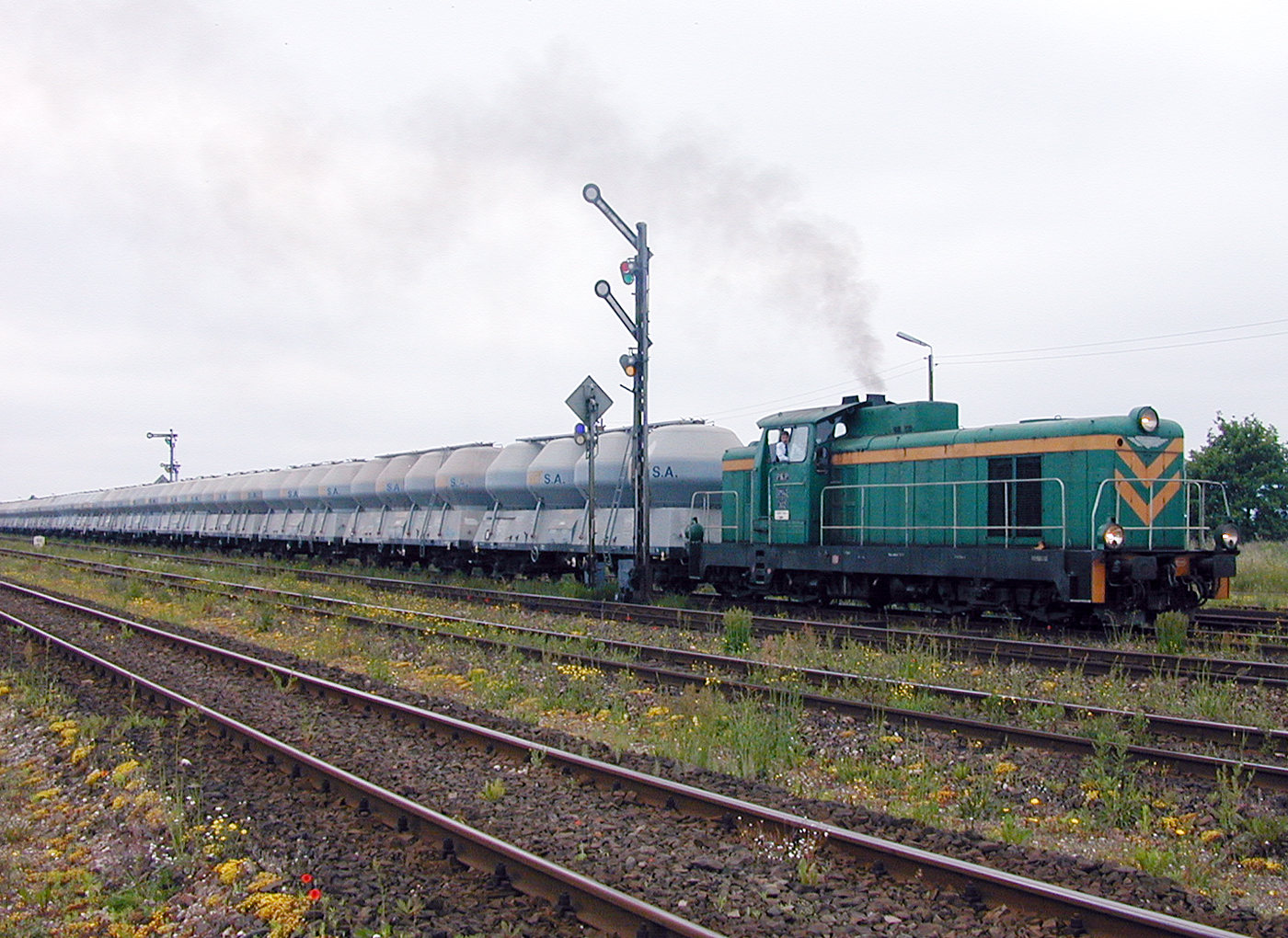 A PKP SM42 departs eastward from Czersk with a train of cement hoppers on 20 June 2001. 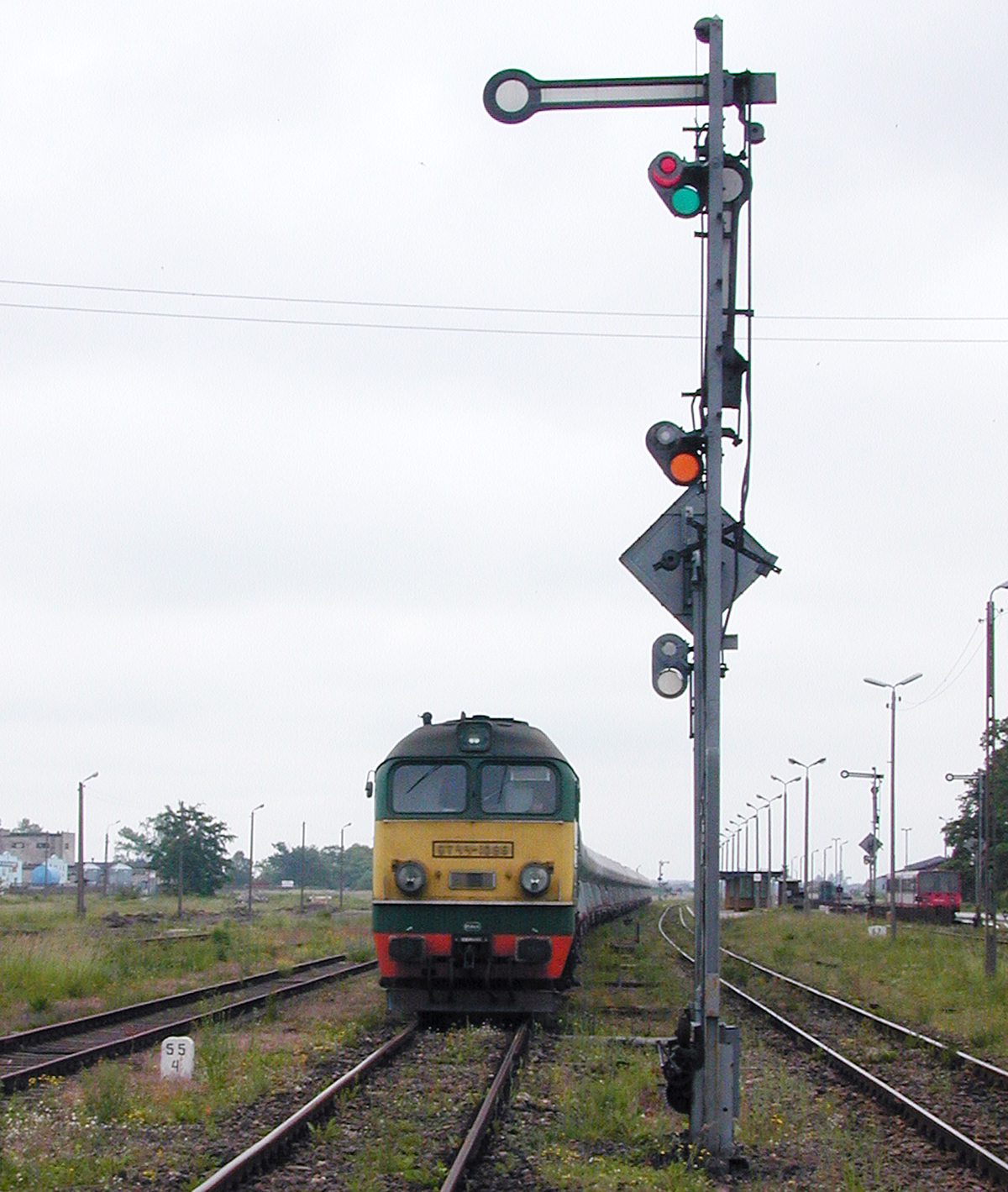 A PKP ST44 class locomotive (know as a “Gagarin”) sits at the Czersk departure signal on 20 June 2001, waiting to head west. 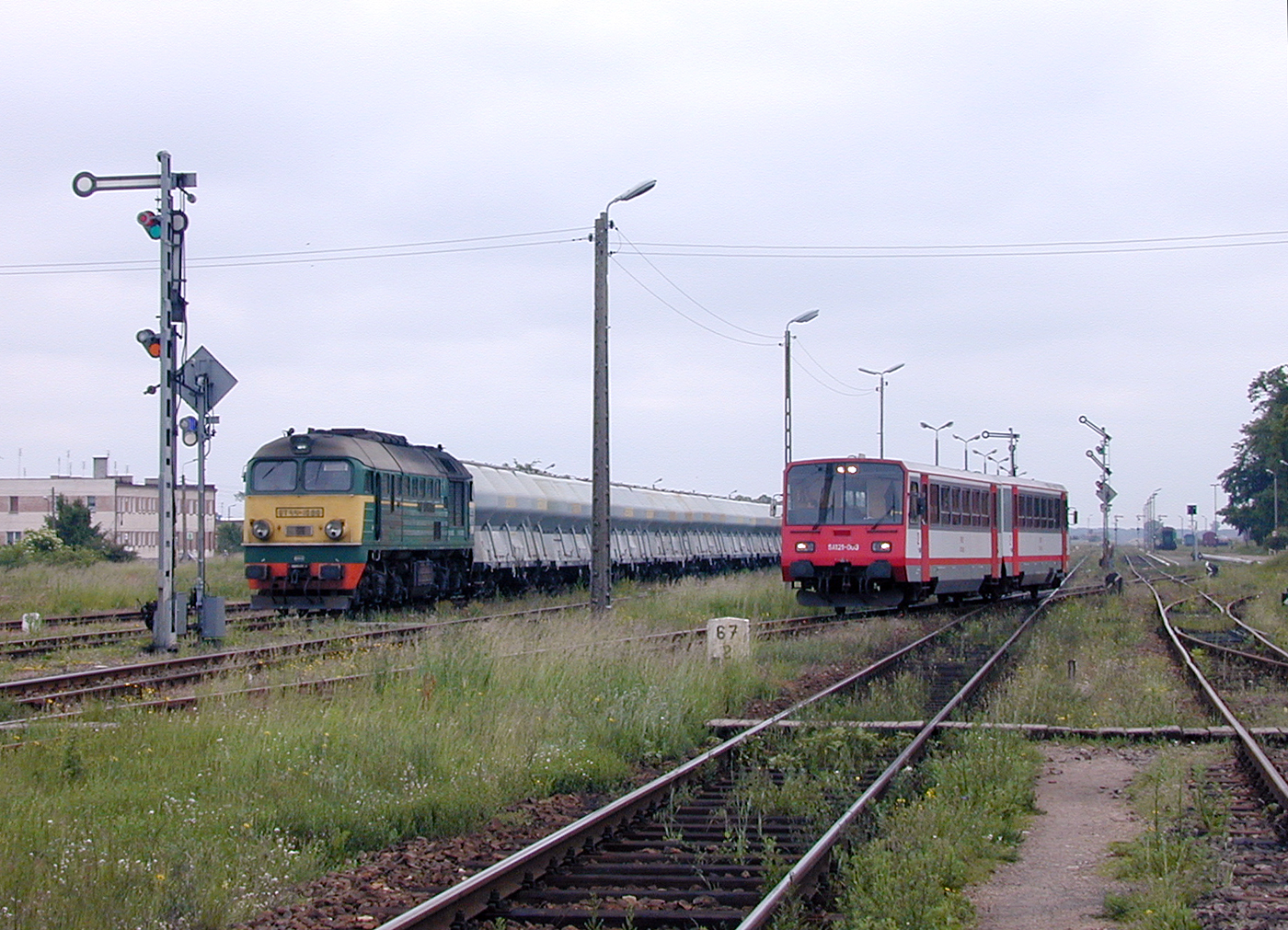 PKP DMU SA121-003 departs Czersk with a local train headed north to Kościerzyna on 20 June 2001. The train has to cross over in front of the freight train, which will then depart westward.