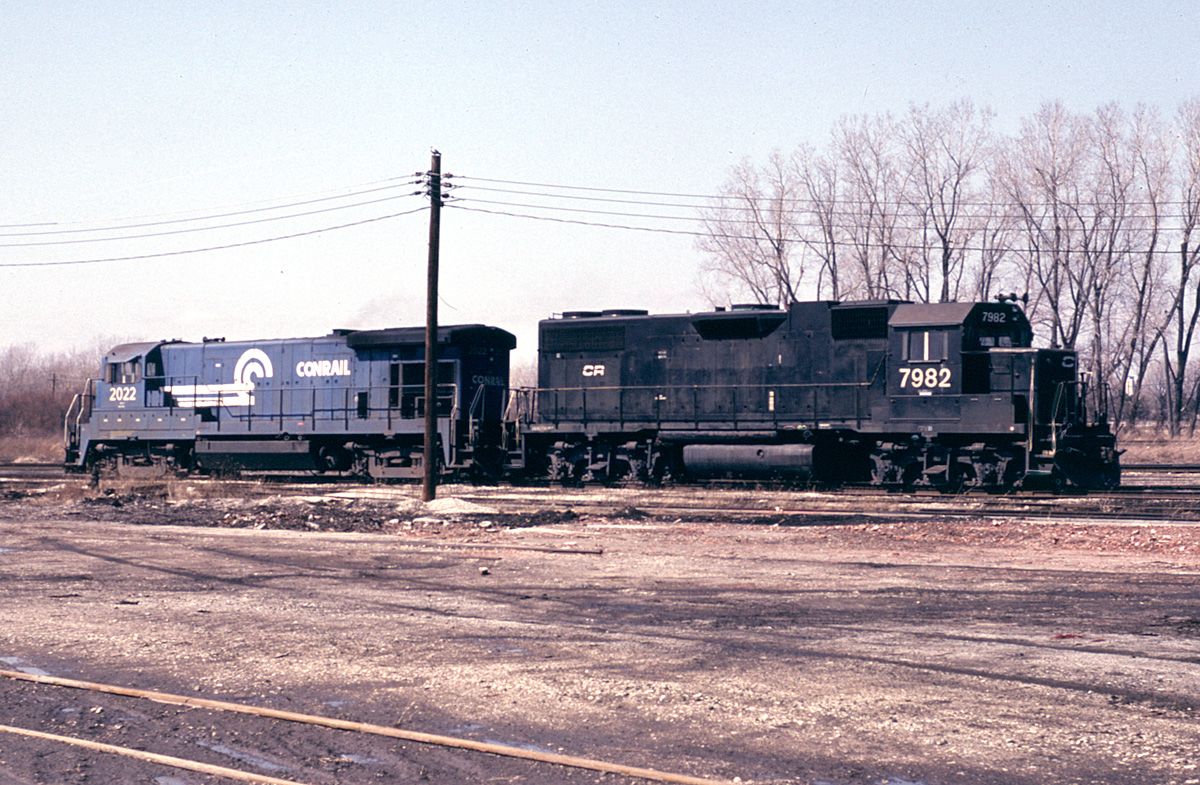 By 1982, Conrail “patch” units were becoming a rare species. Conrail was finally on top of their motive power woes, and new units coming online meant there was time for attention, including a paint job, for older units.

CR 7892 is an EMD GP38, built new for the Penn Central in February 1971. It was eventually painted blue and remained with Conrail until the end of the company in 1999, becoming CSXT 1977. Since then it has been sold onward to various leasing companies.

Photograph by the author