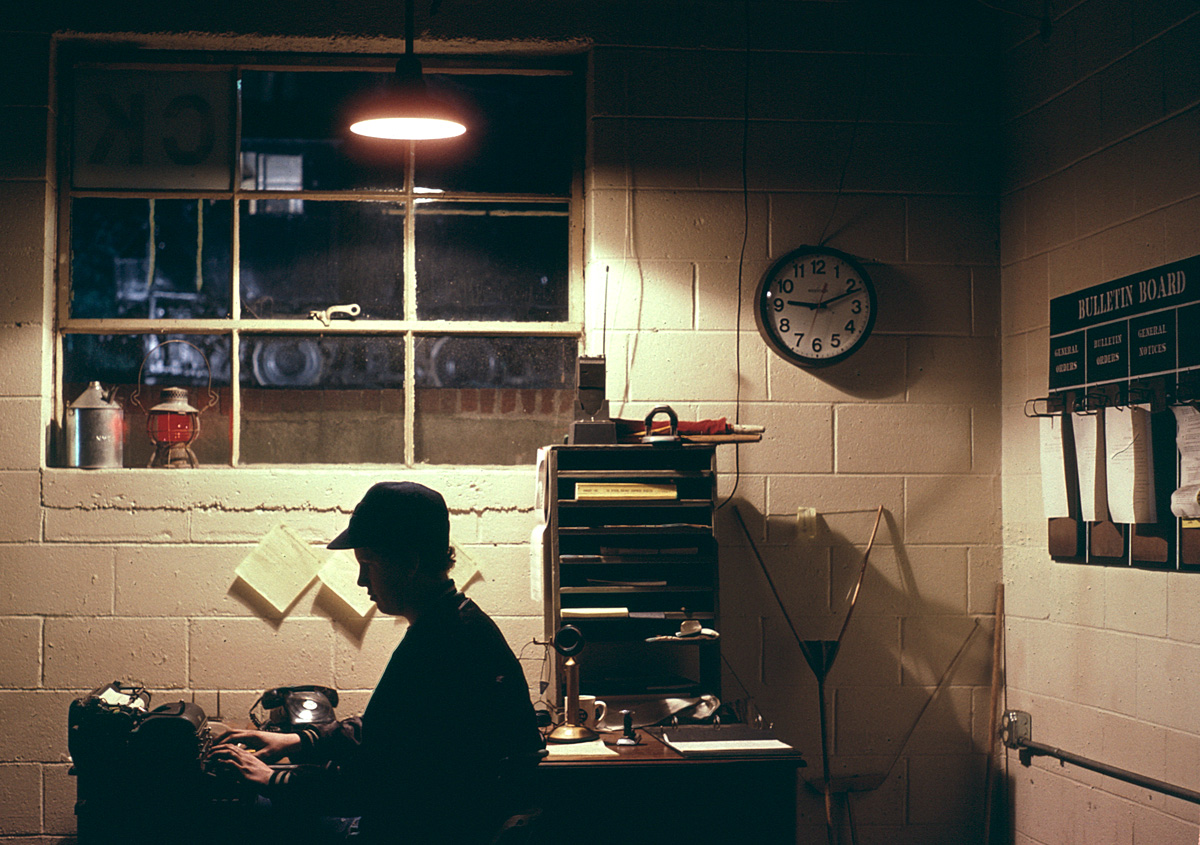 A previous post on the Clinton Engines building included a photo taken looking in to the operator’s office we has set up. I just ran across this slide from the same photo shoot, taken from inside the office, with Plymouth locomotive #57 of the SMRS idling outside.

The office was far from perfect; being located in the basement was a big minus! But I think we managed to capture a bit of the feel of an operating train order office. Later a scissors phone was added, along with some speakers and other communications equipment.

That classic Pilot 402 stapler on the desk—which came out of the GTW station in Battle Creek, Michigan—I still have to this day, and it sits beside my laptop as I write this blog! 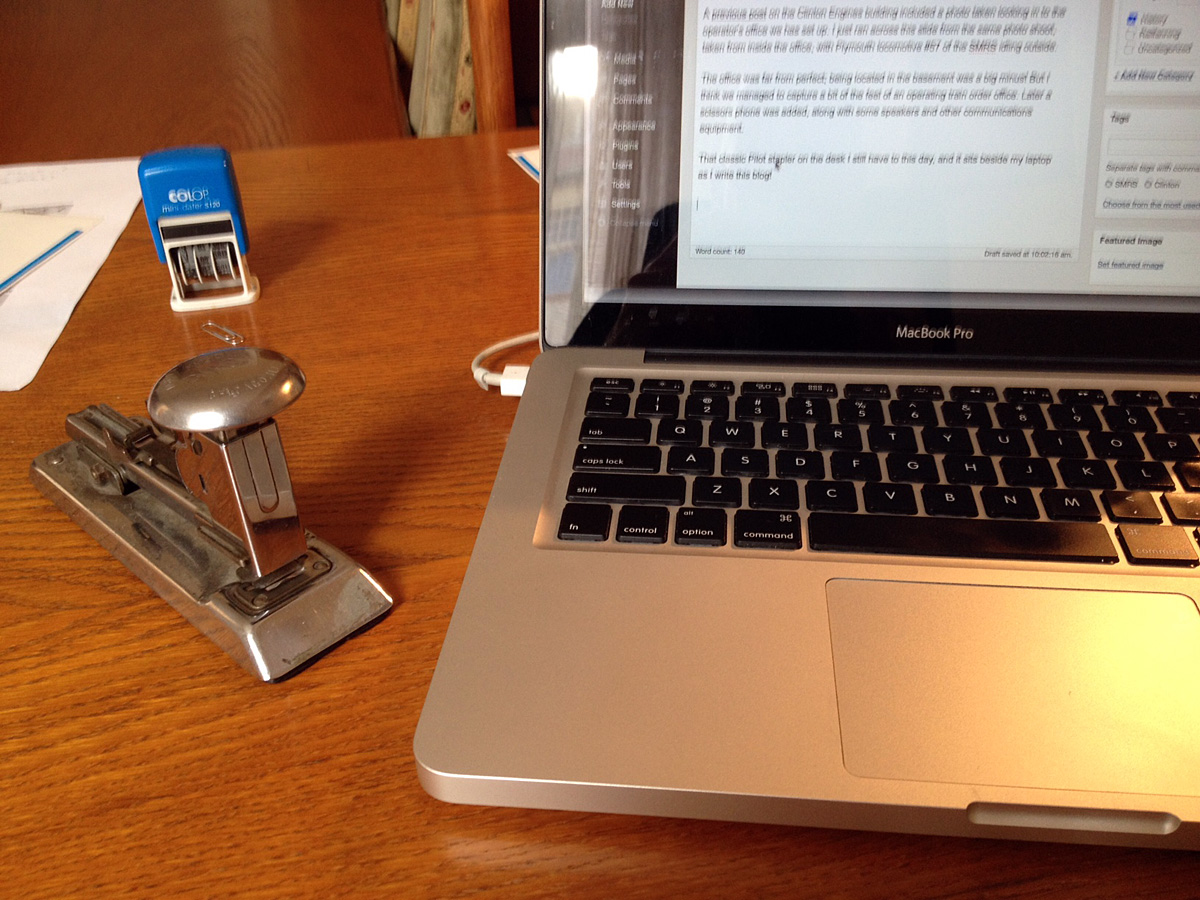 Another photo just located shows the museum building’s initial function as a motor car repair shop. In the mid-80s, the lower level was usually filled with motor car in various states of repair. In this photo, the author had just finished renovation of his ex-Nickel Plate Road S2 #1587, and it was rolled into the sunshine in the museum courtyard for the first time. 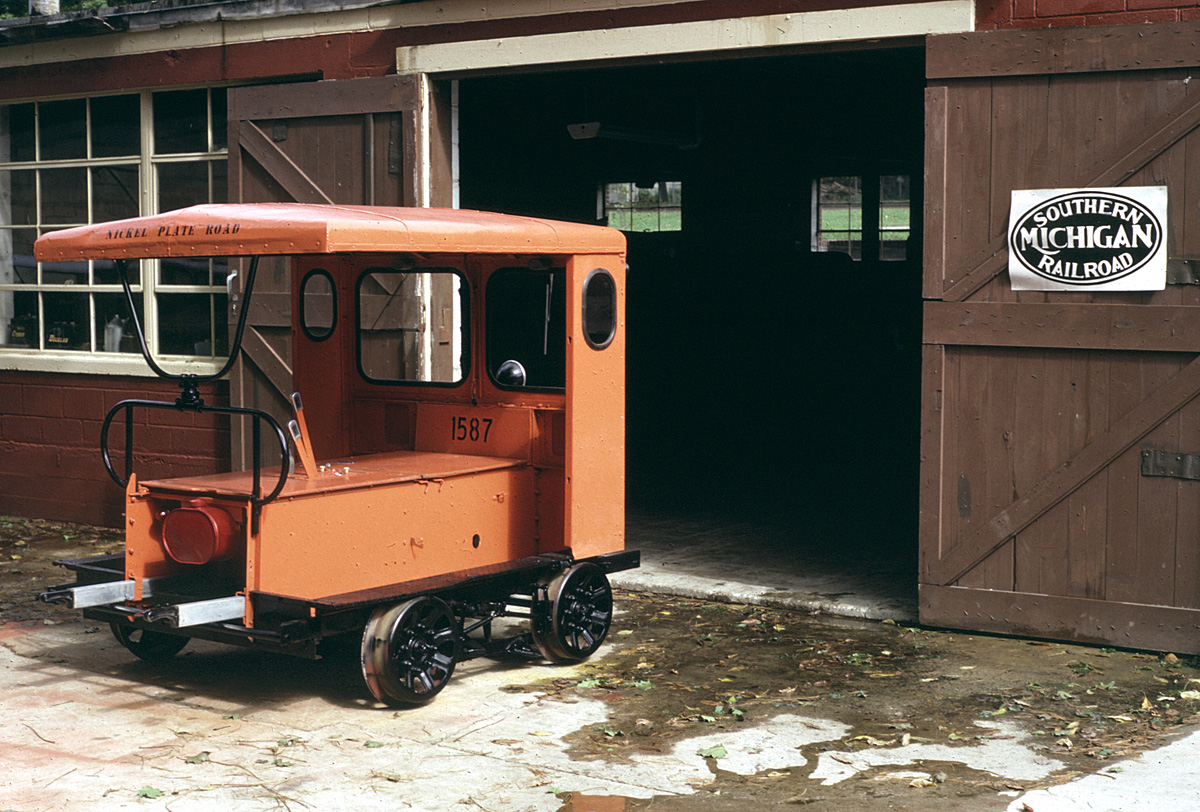 Ex-Nickel Plate Road Fairmont S2 #1587 is rolled out after restoration at the Southern Michigan Railroad in Clinton, Michigan on 07 October 1986.