The Southern Michigan Railroad started scheduled services over the north part of its line between Tecumseh and Clinton in the summer of 1985. Following the end of the summer season in that year, the Society planned to use the more scenic south part of its line, from Tecumseh to the N&W crossing at Raisin Center, for its first Fall Color Tours. Using only open-air motor cars, the weather interfered, as reported in the SMRS newsletter:

After the regular summer operations were completed for the season, the SMRS offered Fall color tours on two weekends in October between Tecumseh and Raisin Center. Unfortunately, the weather didn’t cooperate too well with our plans; there was only one good sunny day for the trips. On this day, all the trips were sold out, and an extra trip was operated. Complementary cider and donuts were served to the passengers during the layover at Raisin Center. (The Cross Tracks, Winter 1986, p. 6)

In fall 1986, the SMRS planned another October season of Fall Color Tours, and this time the weather did cooperate, and they proved to be far more successful:

The fall color tours provided by the SMRS this October were highly successful. So much so in fact, that the demand of riders outpaced the equipment capabilities for almost all the trips. This was extremely apparent during the last weekend of the rides.

A full-color article on the SMRS fall color tours appeared in the Ann Arbor News on the last Saturday of the month. Prospective riders from all over the area overwhelmed the railroad. On Sunday, patrons continued to pull into the parking lot, and by the end of the second trip, all the day’s tickets were sold out! An extra trip was scheduled late in the day, and as people continued to stream in, it was decided to fire up one of our Alco R5-2’s and provide caboose and engine rides from Demlow Road to Raisin Center. These extra trips, at $2.00, were not meant to be a replacement for the color tours, but rather an accommodation for those who traveled a long way for a ride on the railroad. A highlight on one of the Sunday trips was a spectacular parachute jump into Raisin Center by SMRS member Chuck Fannin. Many thanks go out to all the SMRS volunteers during these special fall trips! (The Cross Tracks, Winter 1987, p. 3)

The photographer for the Ann Arbor News later sent me the original slides he had taken on 24 October 1986. They are reproduced below: 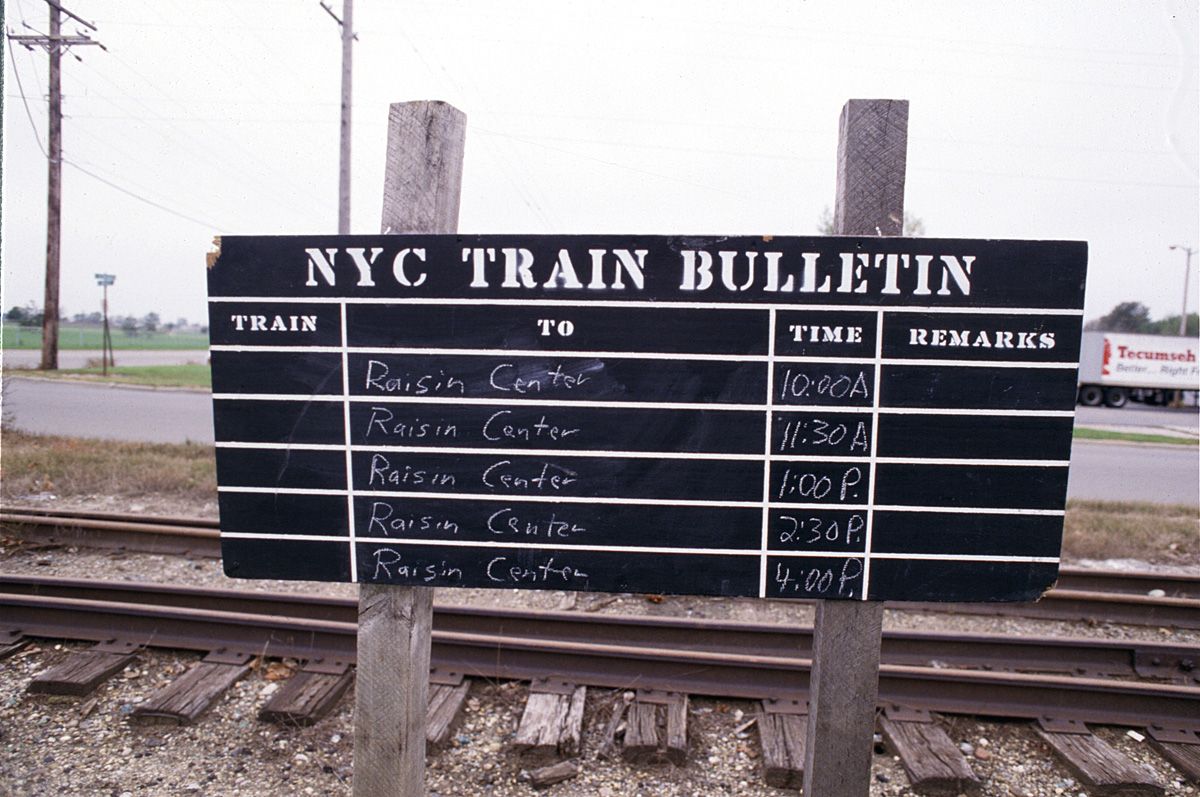 Schedule board at Tecumseh, Michigan 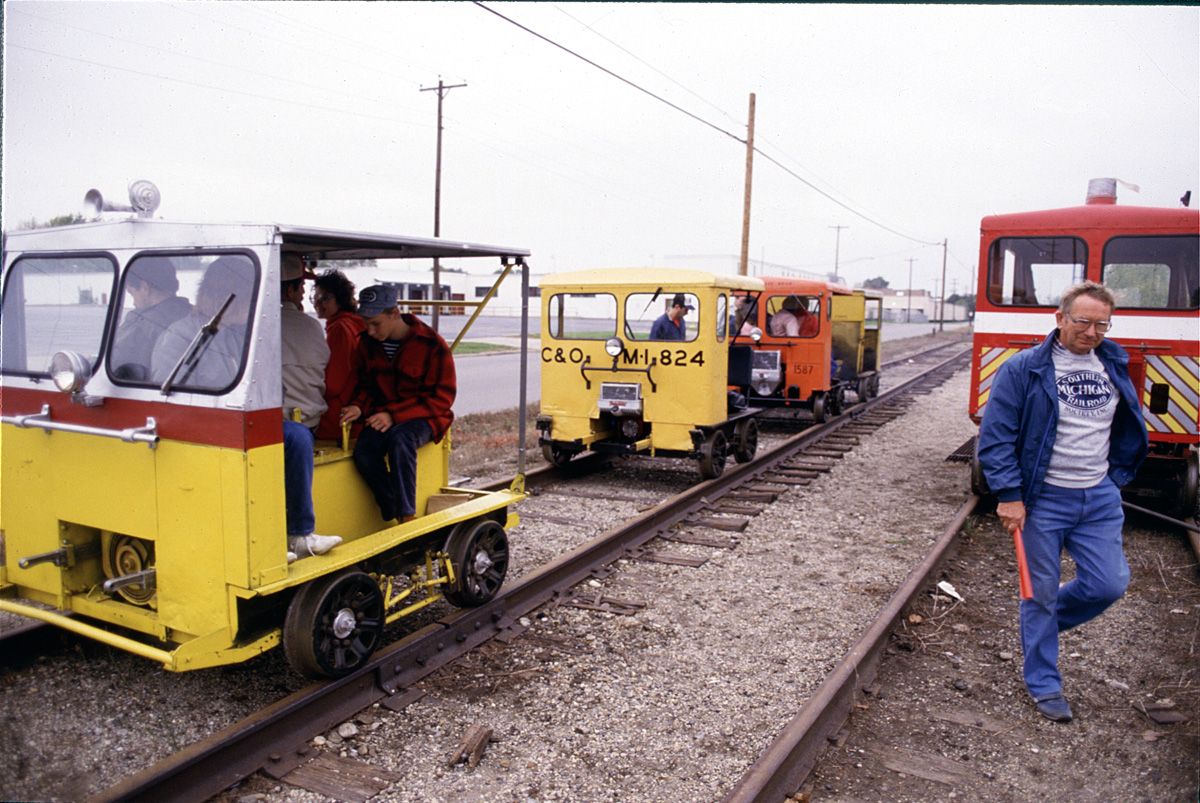 Getting ready for the departure of the day’s first run from Russell Road in Tecumseh, Mich. Motor cars owned by SMRS members, along with the Society’s own motor cars, were used for the color tours. On the lead car is driver Troy Smith, and to the right flagman Stanley Dobek, the author’s father. The red car to the right was used as the ticket office! 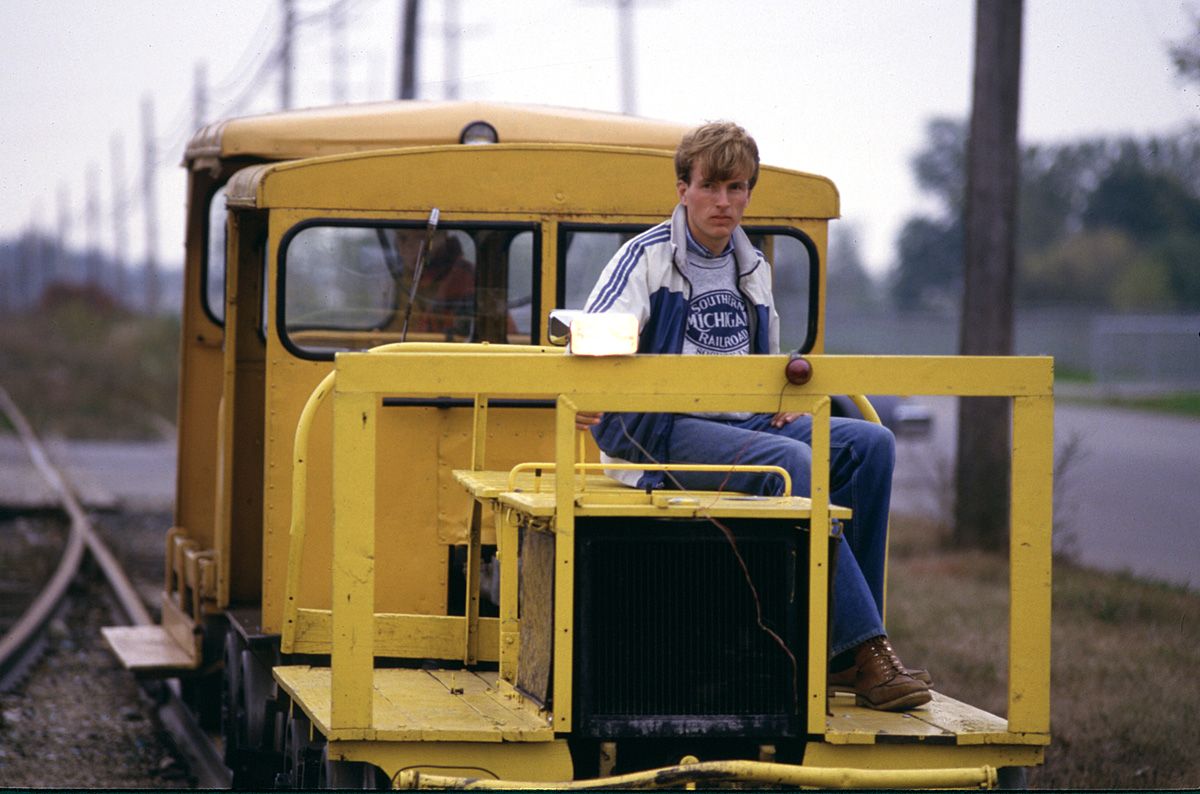 This blog’s author drives one of the motor car “trains” into position for loading at Russell Road, Tecumseh. 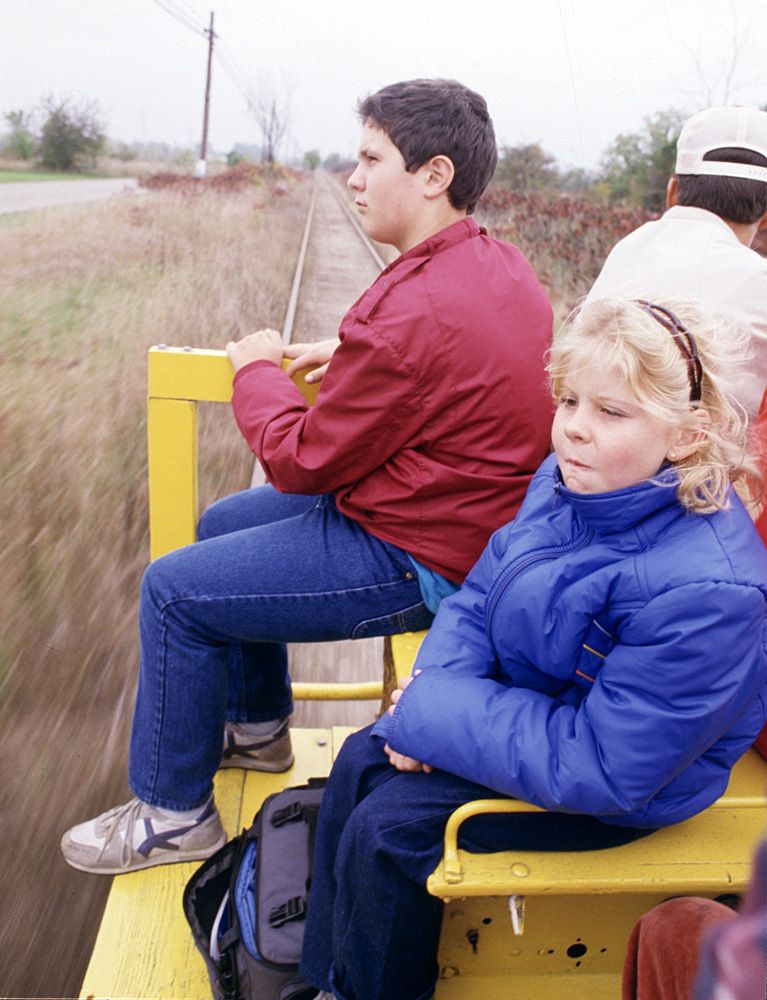 Passengers on a southbound run, shortly after leaving Tecumseh. 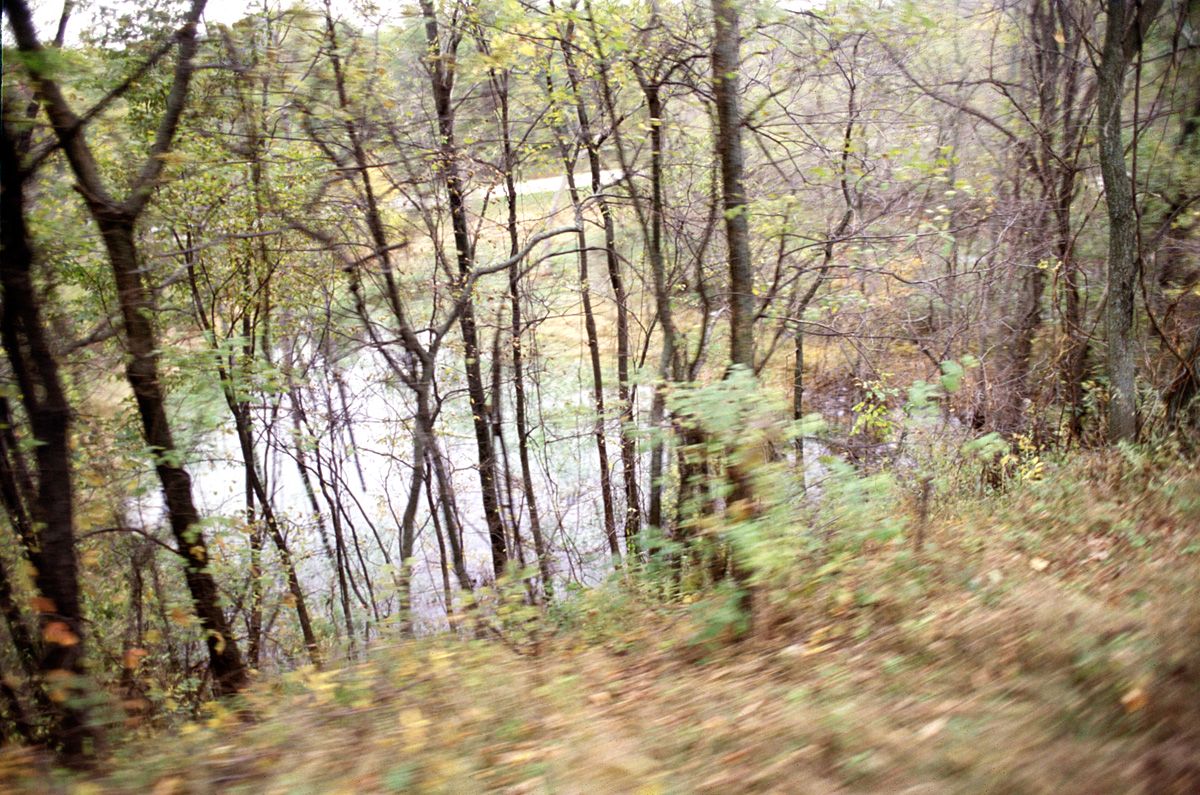 The view from on board the fall color tours. 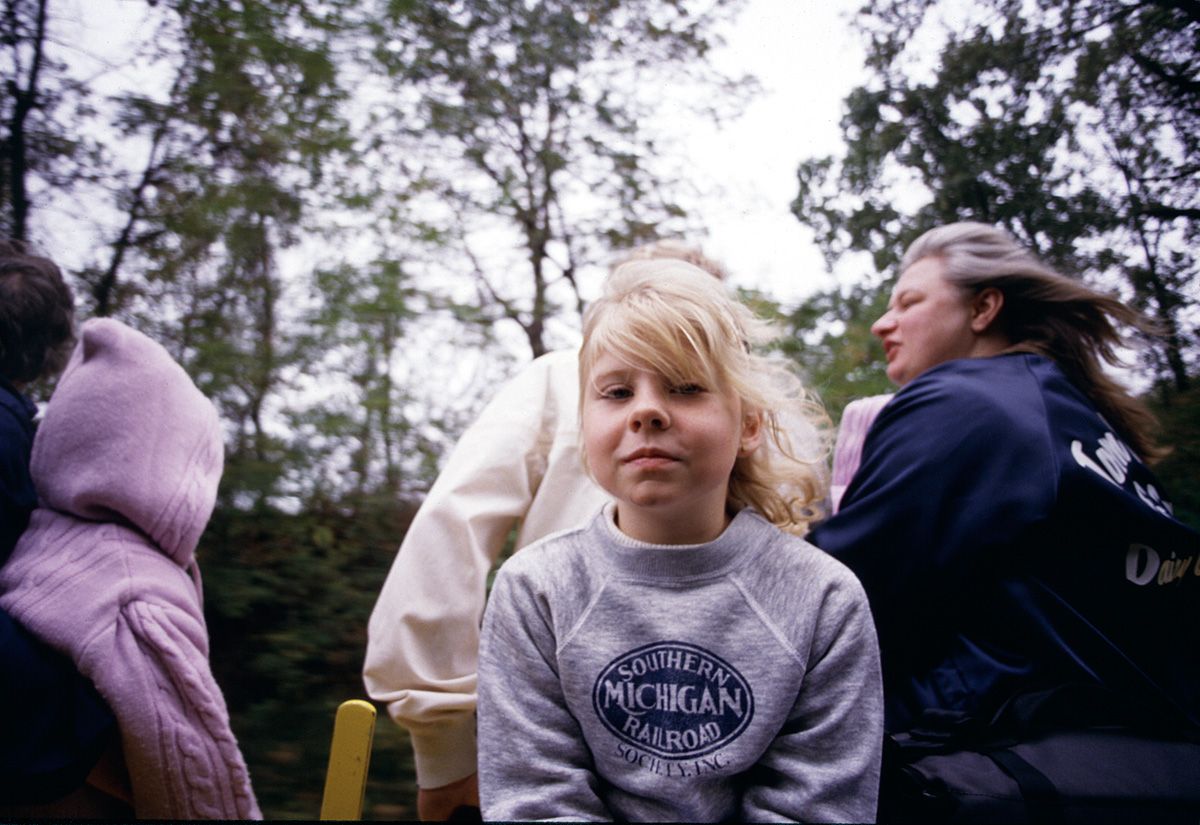 Mary Smith, daughter of SMRS members Willard and Alma Smith, on board the motor car. 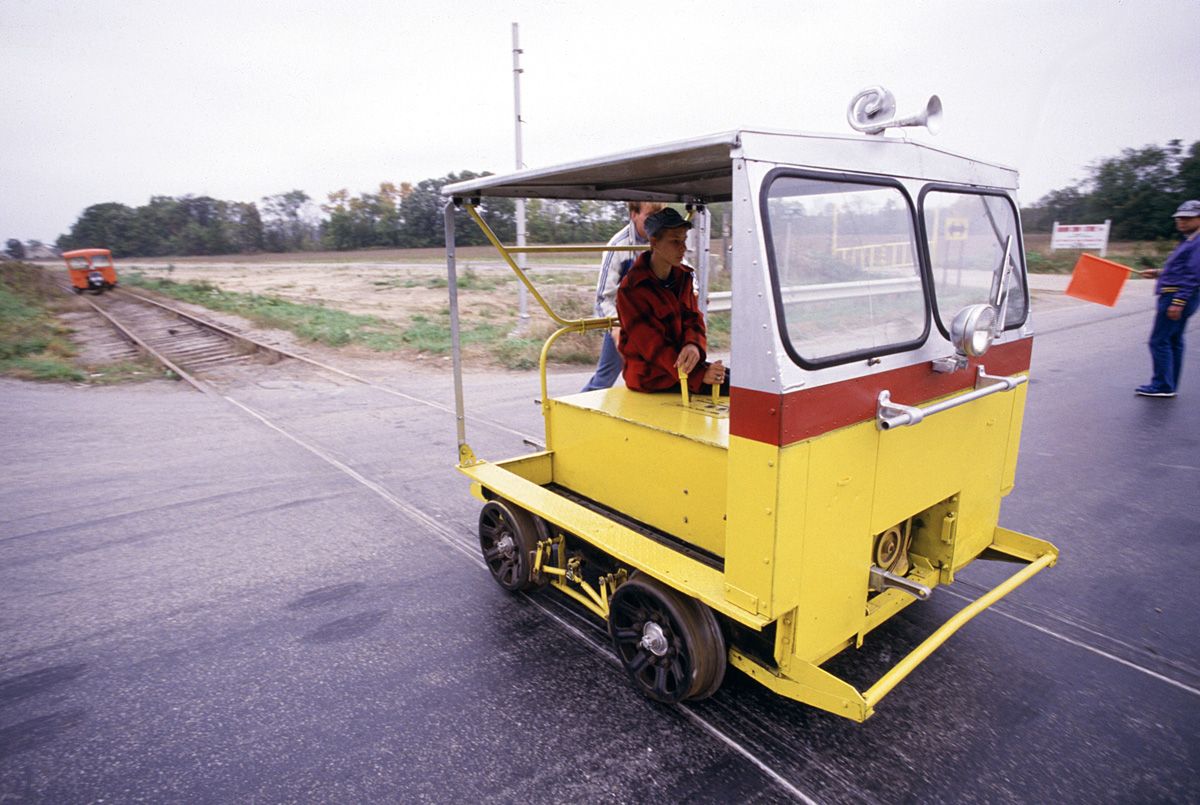 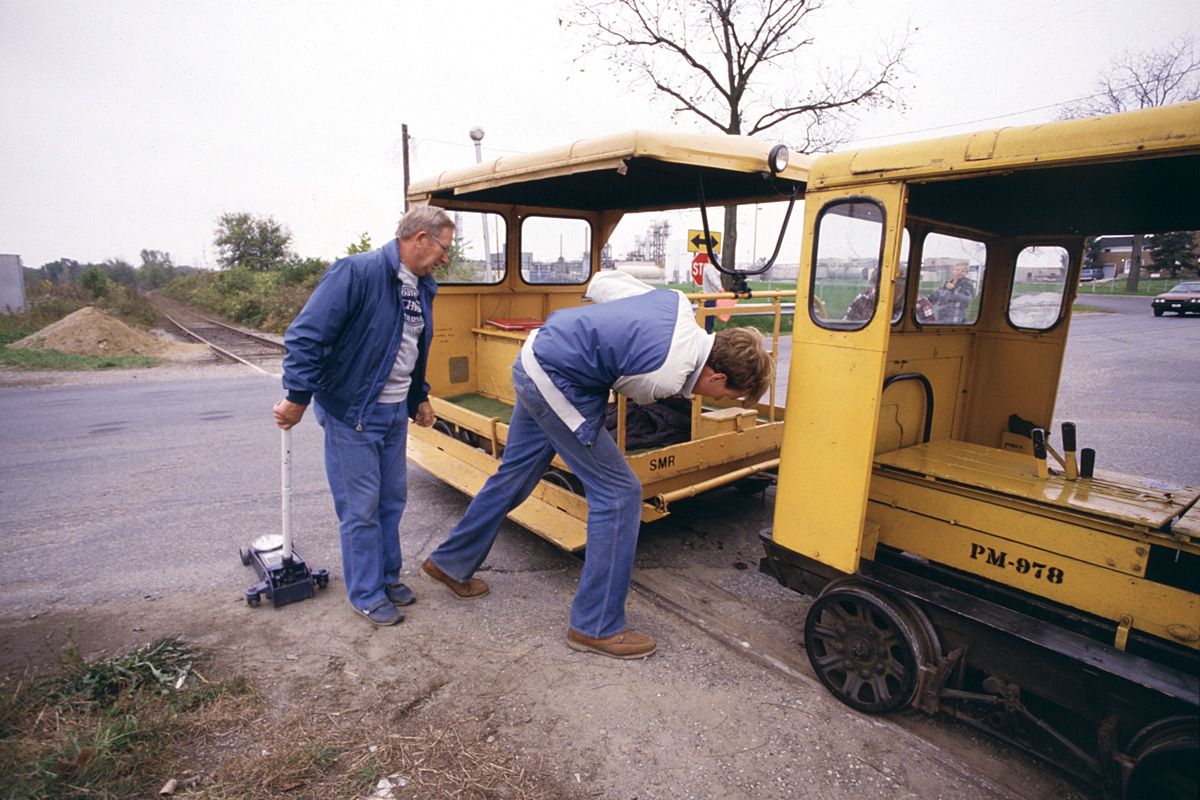 SMRS members Stanley and Jeffrey Dobek (the blog author) work on getting a motor car train across the paved crossing at Sutton Road. 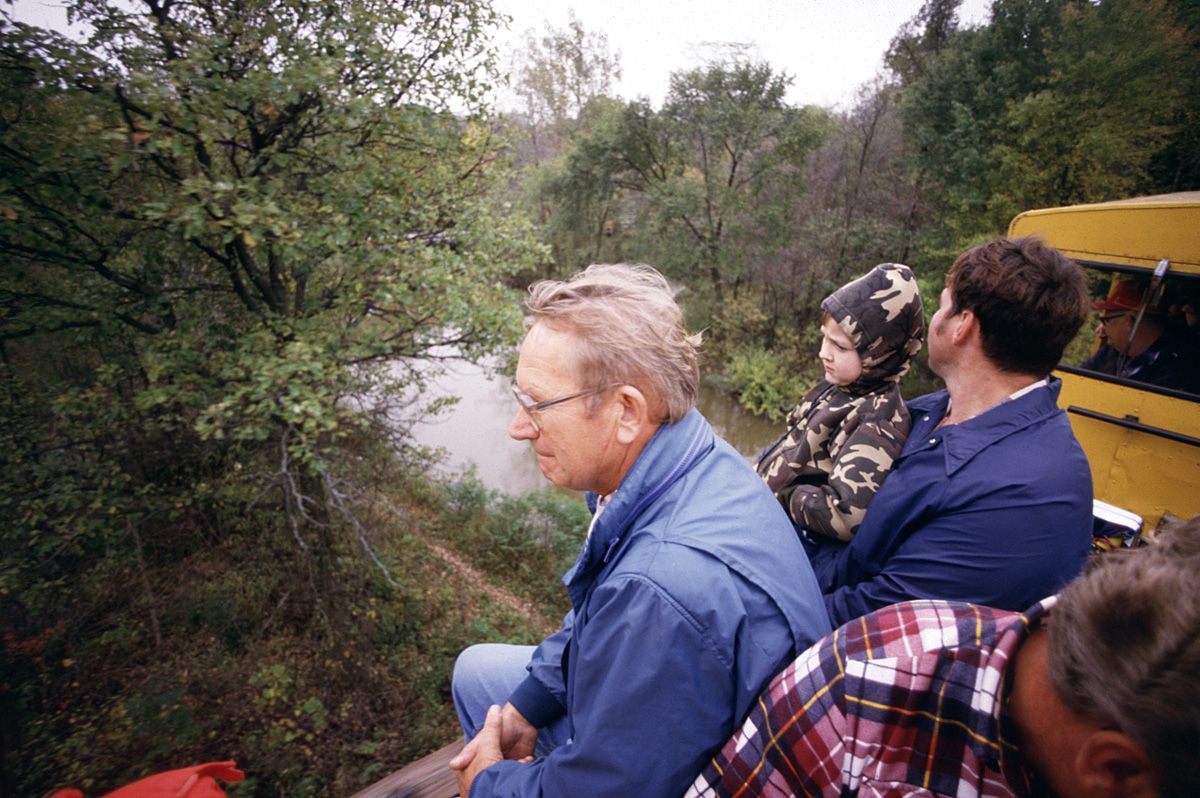 Flagman Stanley Dobek enjoys the view as the motor car train crosses high over the River Raisin, south of Tecumseh. 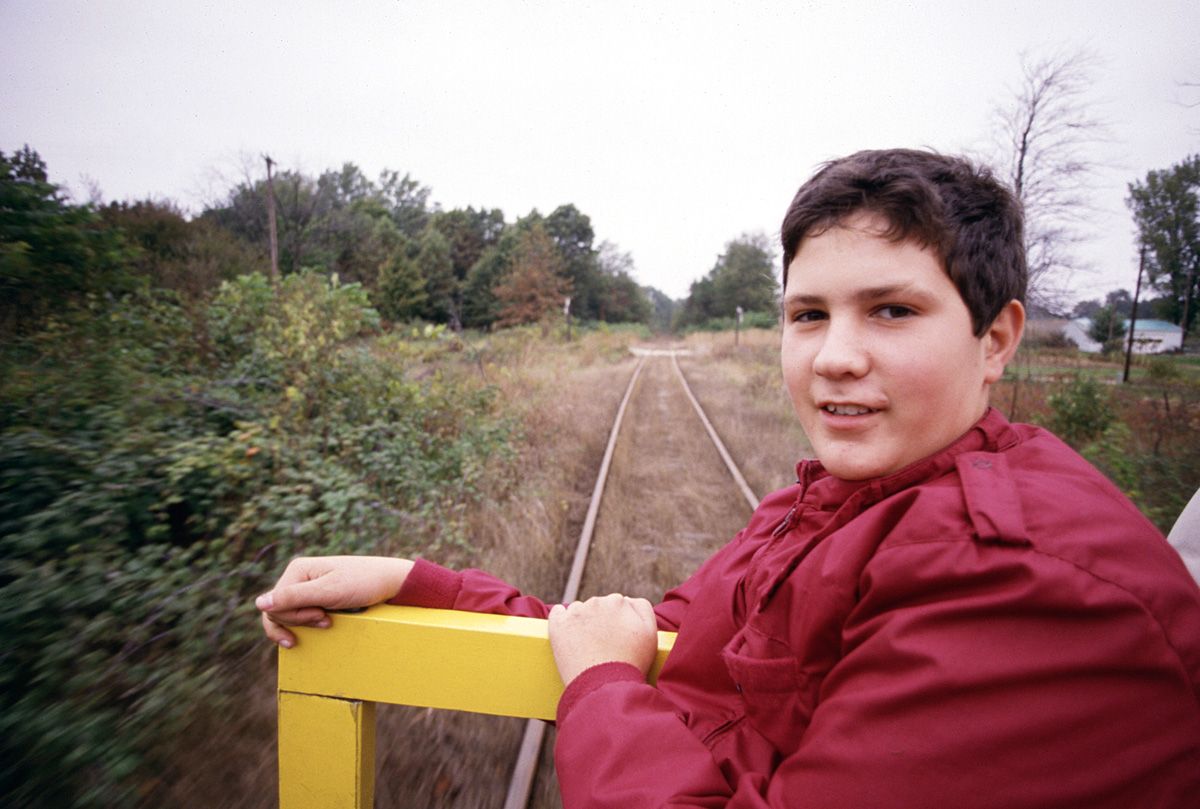 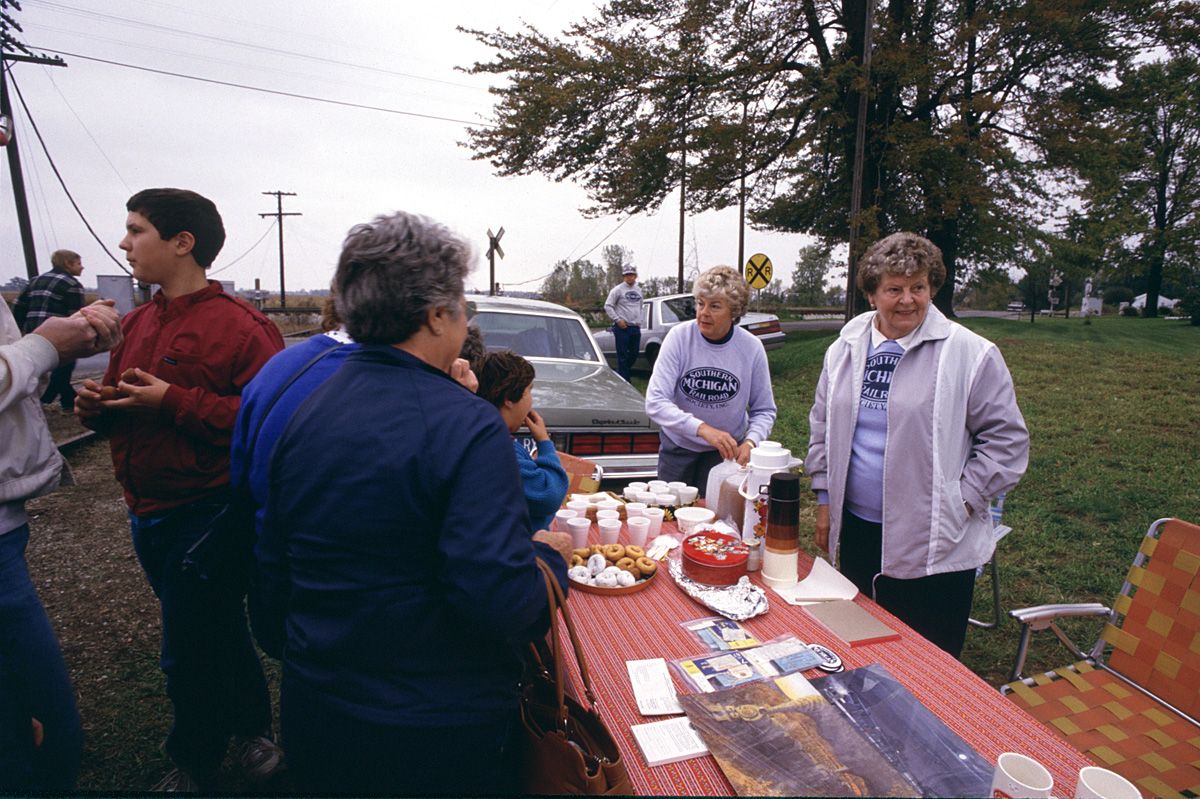 At Raisin Center, cider and donuts (and hot coffee!) were served to passengers. Patricia Dobek and Jeane Derby (the author’s mother and aunt) work the refreshment table, where passengers could also purchase souvenirs. In the background is SMRS member Jim Barnell, also assisting.

The SMRS still runs Fall Color Tours, although the last tours on the south end of the line to Raisin Center were in 2014. You can find information and book tickets on the SMRS web site.