Winter on the NYC “Old Road”

Attached are several images taken about 1950 in Hudson, Michigan on New York Central’s Toledo, Ohio to Elkhart, Indiana “Old Road” by my late friend, Jim Findlay. Jim was a resident of Hudson and regularly photographed the operations on the Old Road as well as those on the Jackson, Michigan to Cincinnati, Ohio line of the NYC, which also ran through Hudson and was originally called the Cincinnati Northern (C.N.). Both lines are now history, but on the Winter day that Jim took these photos (a day very much like the current weather that we are now experiencing in Michigan), the Old Road was still fairly busy with freight and passenger service.

The sequence of photos starts out in the center of town, where a westbound local with NYC L-2a Mohawk 2710 (Alco, February 1926) is seen shoving his train west to the Hudson depot after picking up a car from a customer siding near the C.N. underpass. Next, the 2710 is seen backing off the rear of the train and the engine will run around the train on the main track. Jim’s next shot was on the sun side and the lines of the Mohawk show well in the afternoon sun. A second shot on the sun side shows the 2710 tied on to the train and pumping air. Back on the shade side, Jim’s next shot shows a conference between the engineer and conductor, prior to departure. The last shot in the sequence shows the Mohawk blasting westbound out of town.

Just think, this type of operation in Hudson was a daily occurrence in the late 1940s and early 1950s. Aren’t we glad that Jim took the time to record it on this sunny, Winter afternoon? 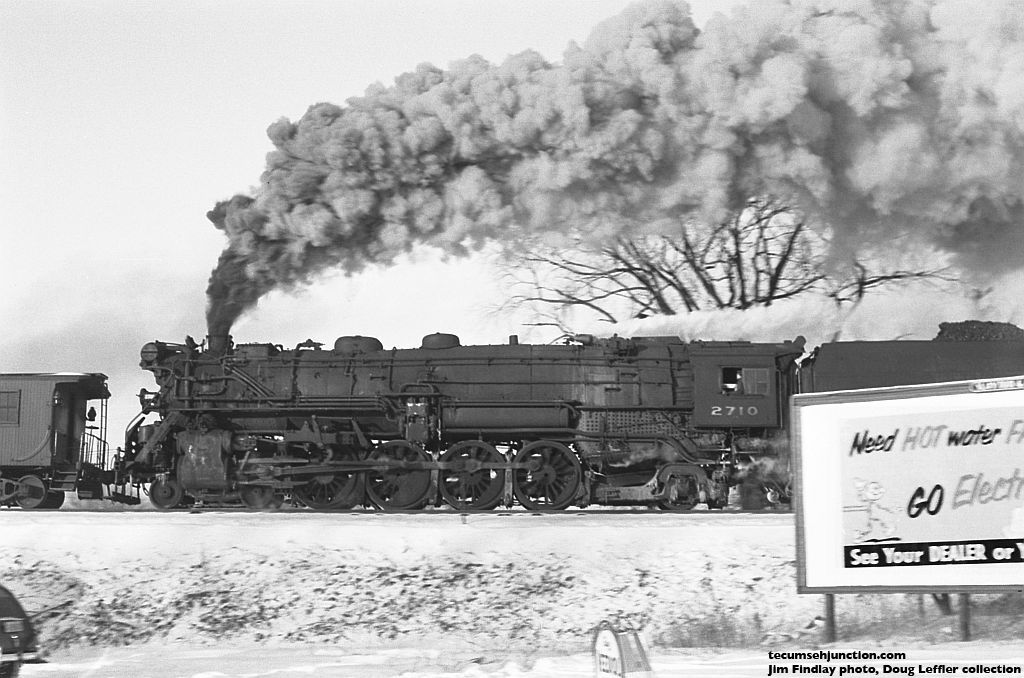 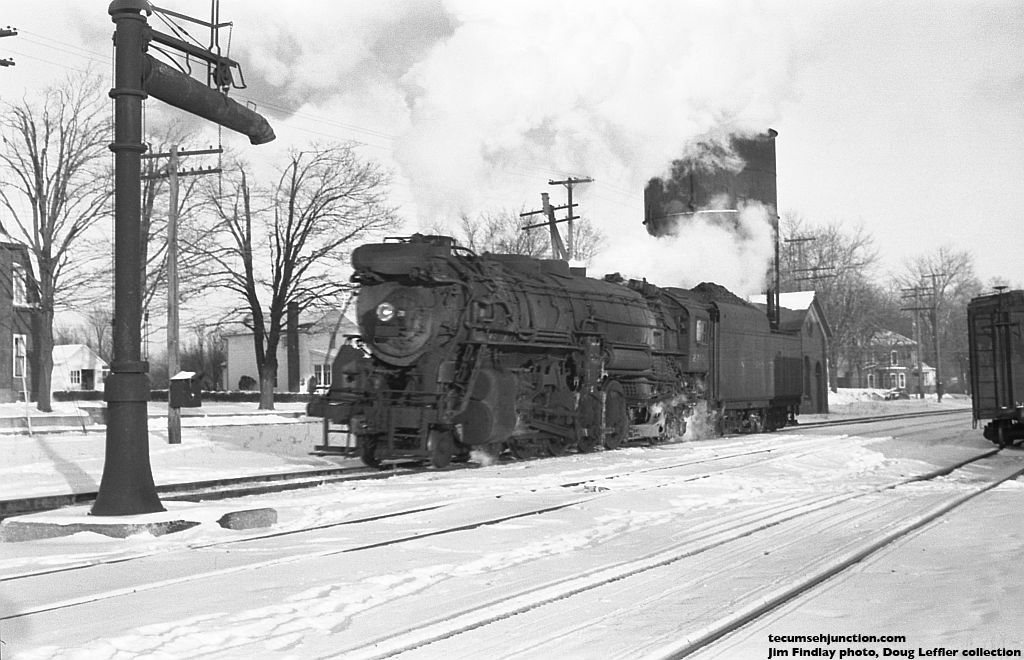 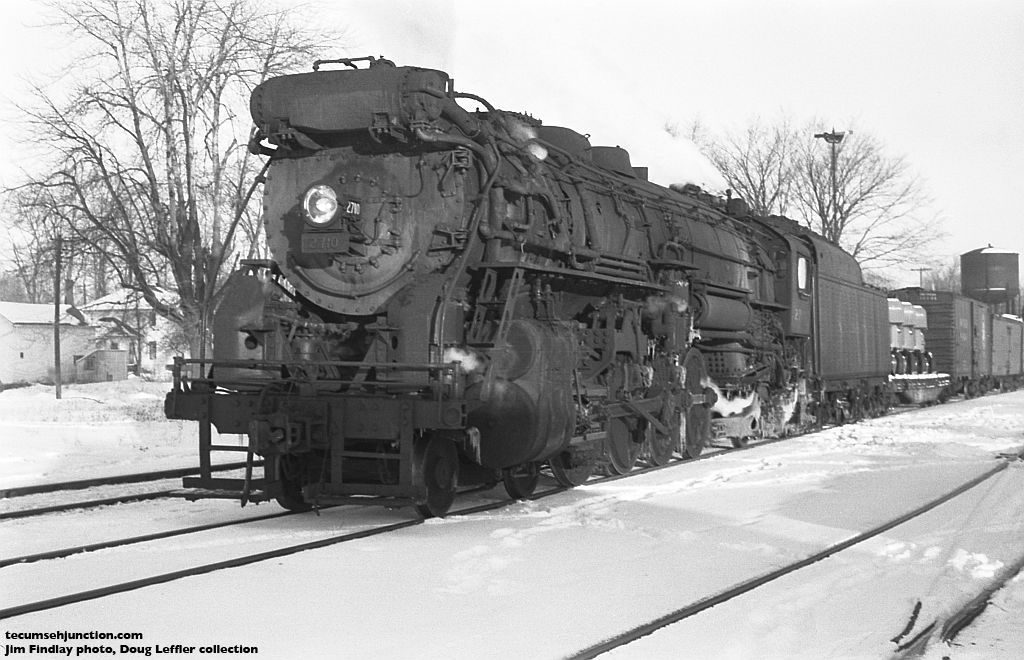 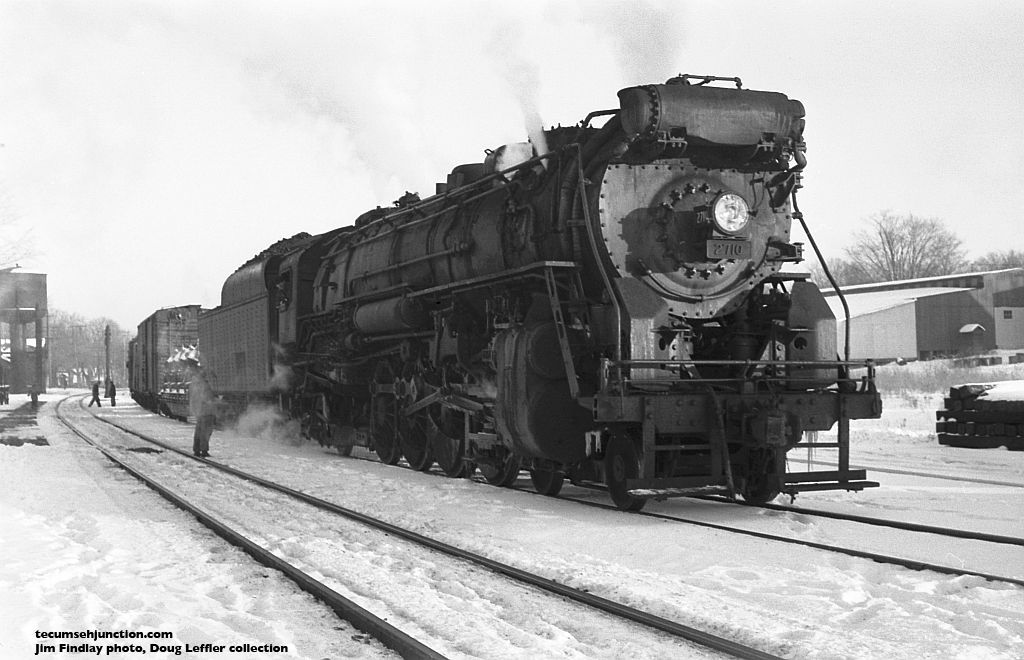 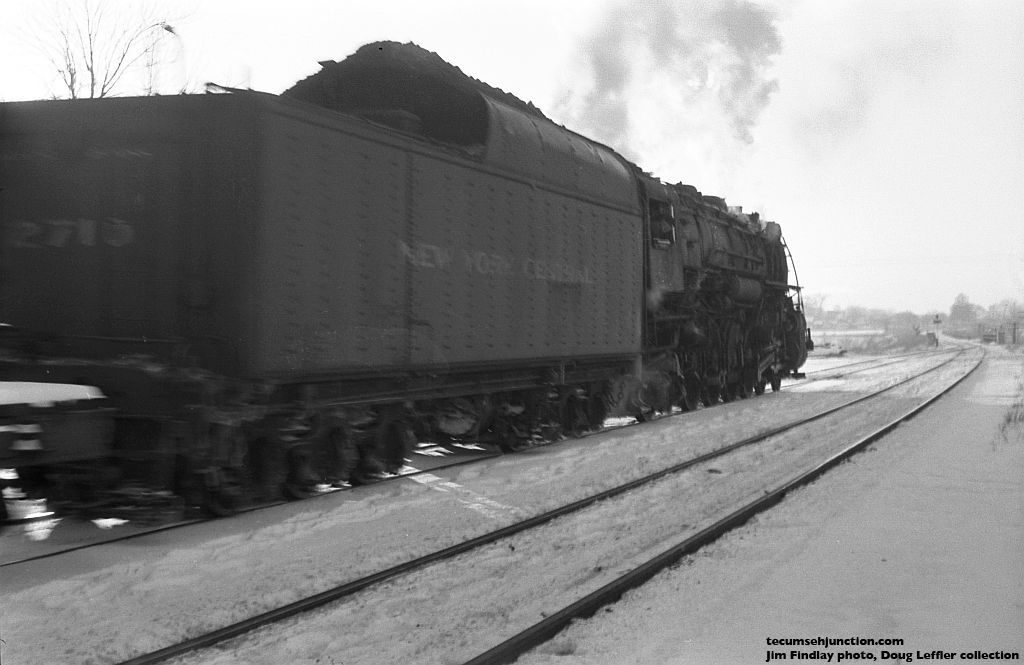