Photo day—Alco at the interchange 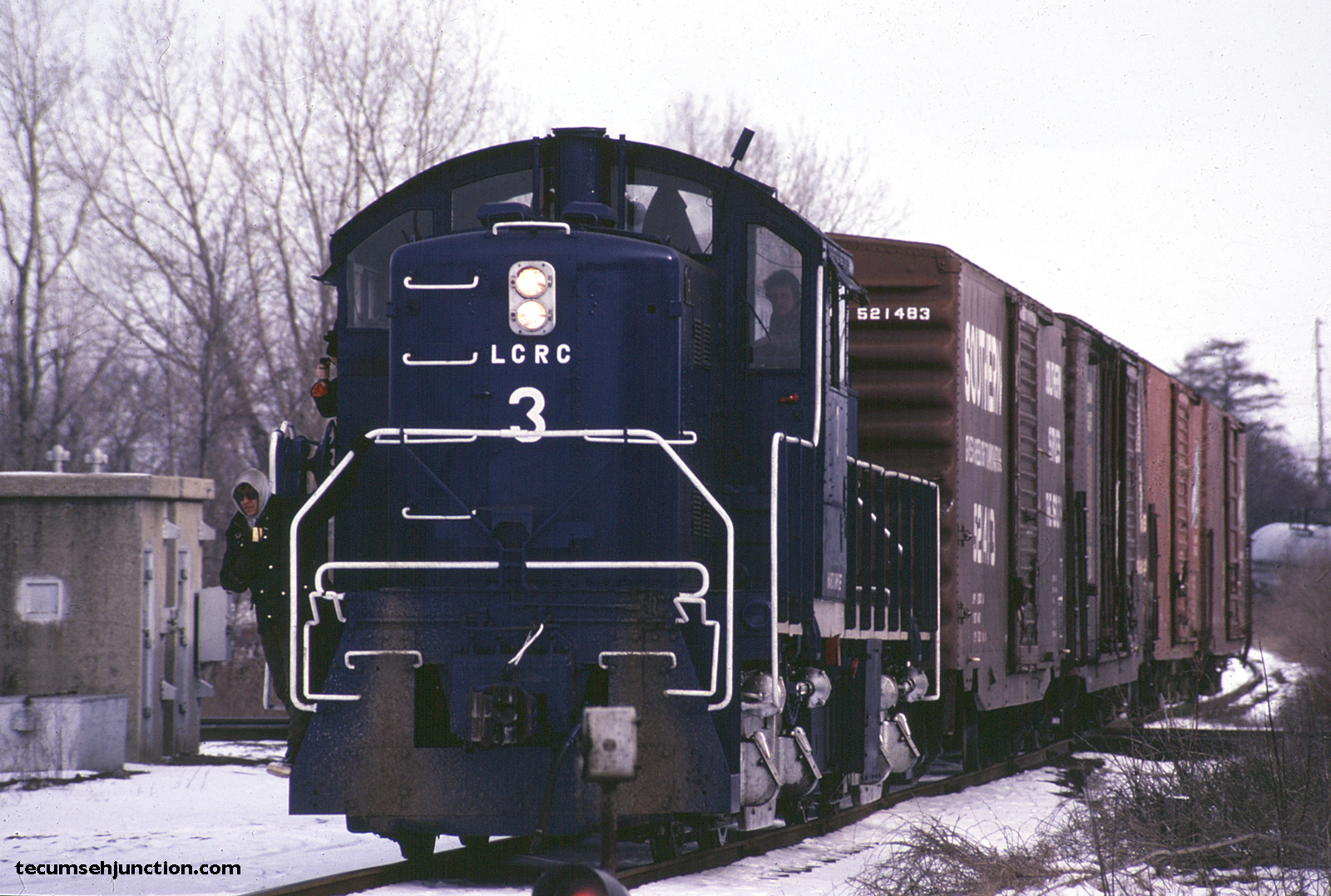 On the frigid morning of 10 February 1983, Lenawee County Railroad Co. Alco RS-1 #3 is preparing to enter the interchange track with the Norfolk & Western Railway at Adrian, Michigan.

Four boxcars (probably from the Hoover Universal plant in Adrian) are ready to be given to the N&W.

The boxcars at the moment are actually sitting across the diamond with the N&W’s ex-Wabash Detroit-St. Louis main line. The concrete box at the left houses the interlocking equipment for the crossing’s signalling.

Number 3 (the “Howard D. White”) came to the LCRC from the Washington Terminal Company, where it served as their #43. Built in August 1994, it survived until the LCRC ceased operations on 30 September 1990, and was later scrapped at Blissfield, MI the following year.