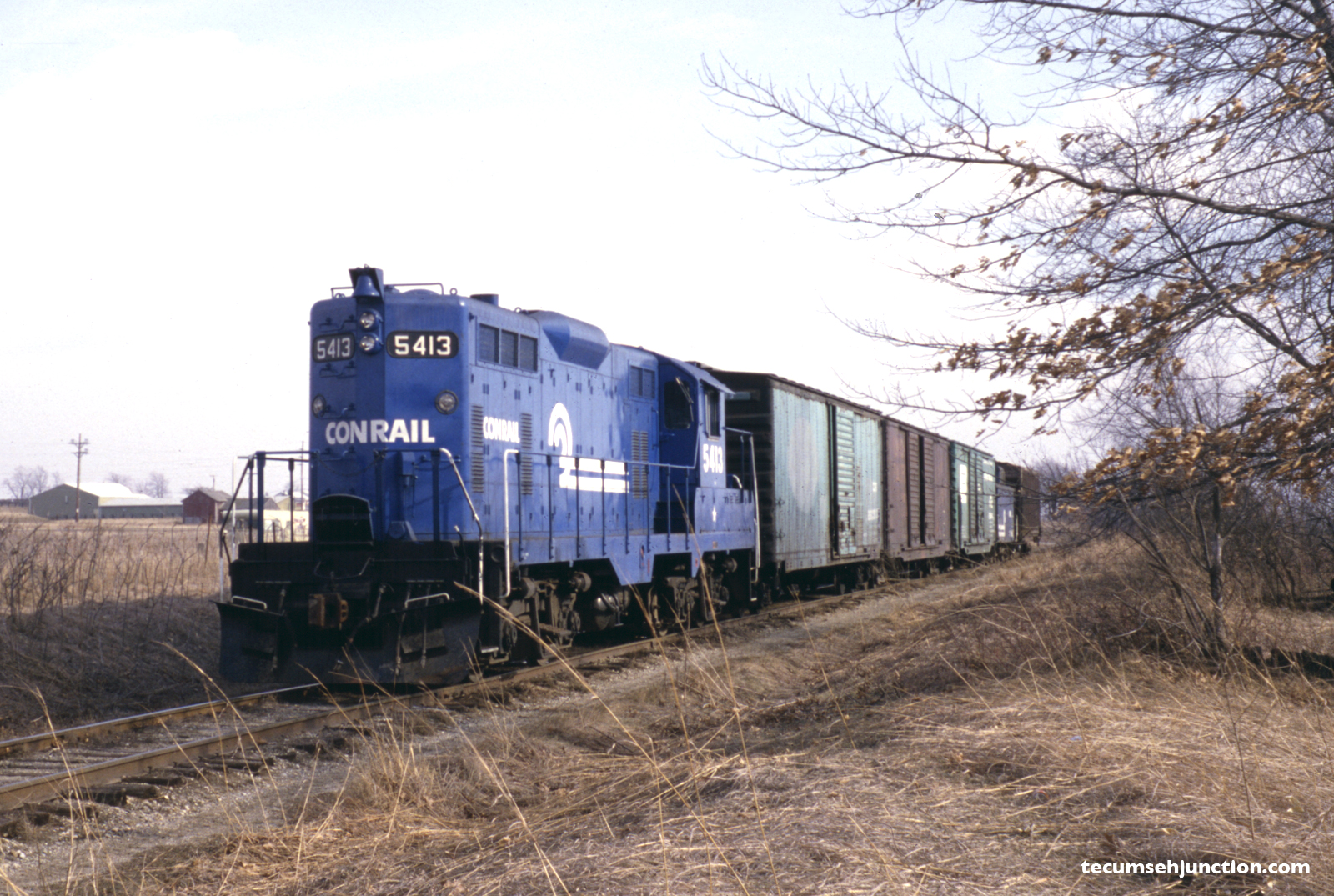 Spring was not far away when Edward Hodges photographed Conrail’s Clinton Local at Clinton, Mich. in March of 1979. It is likely a weekend day, as no crew is present and the train is tied down with locomotive idling on the main track near the switch to the Budd Company plant.

In the consist are three boxcars for Budd, an ex-New Haven caboose, and a covered hopper car. The empty hopper had been picked up from the Smith-Douglas fertilizer plant at Staib Road, about 1.5 miles south of here, and will return south back towards Toledo. 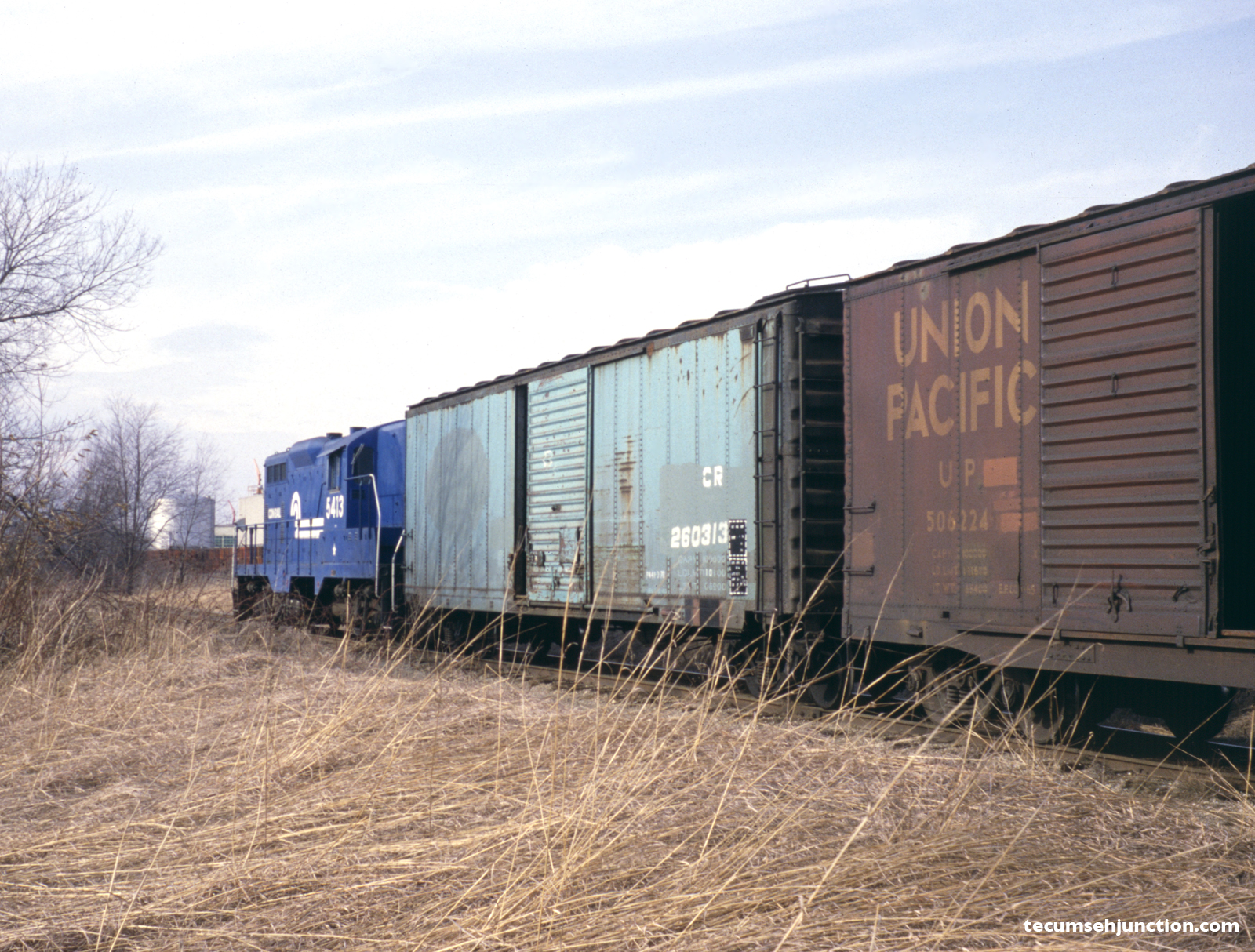 The 50′ boxcar behind the locomotive still gives clues to its original owner, the New York Central. The NYC logo and markings have been patched out, and Conrail initials and number added. 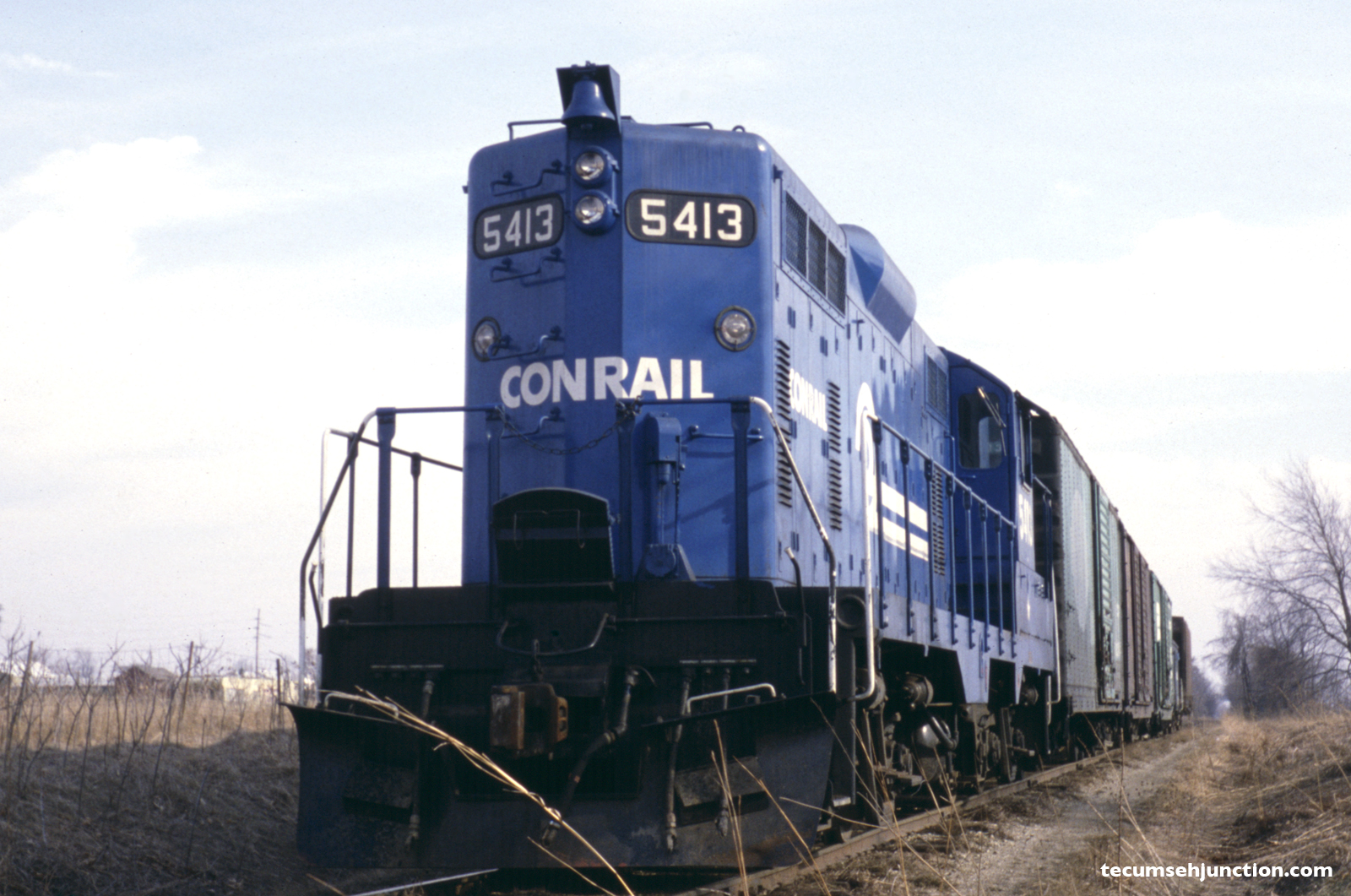 Conrail #5413 is a GP-8, rebuilt by the ICG at Paducah, Kentucky. The locomotive was originally delivered to the Reading Railroad in 1953 as a GP-7.

After the weekend, the empty boxcars will be spotted into Budd, loaded cars pulled out, and the Clinton Local will make its next trip down to Lenawee Junction.