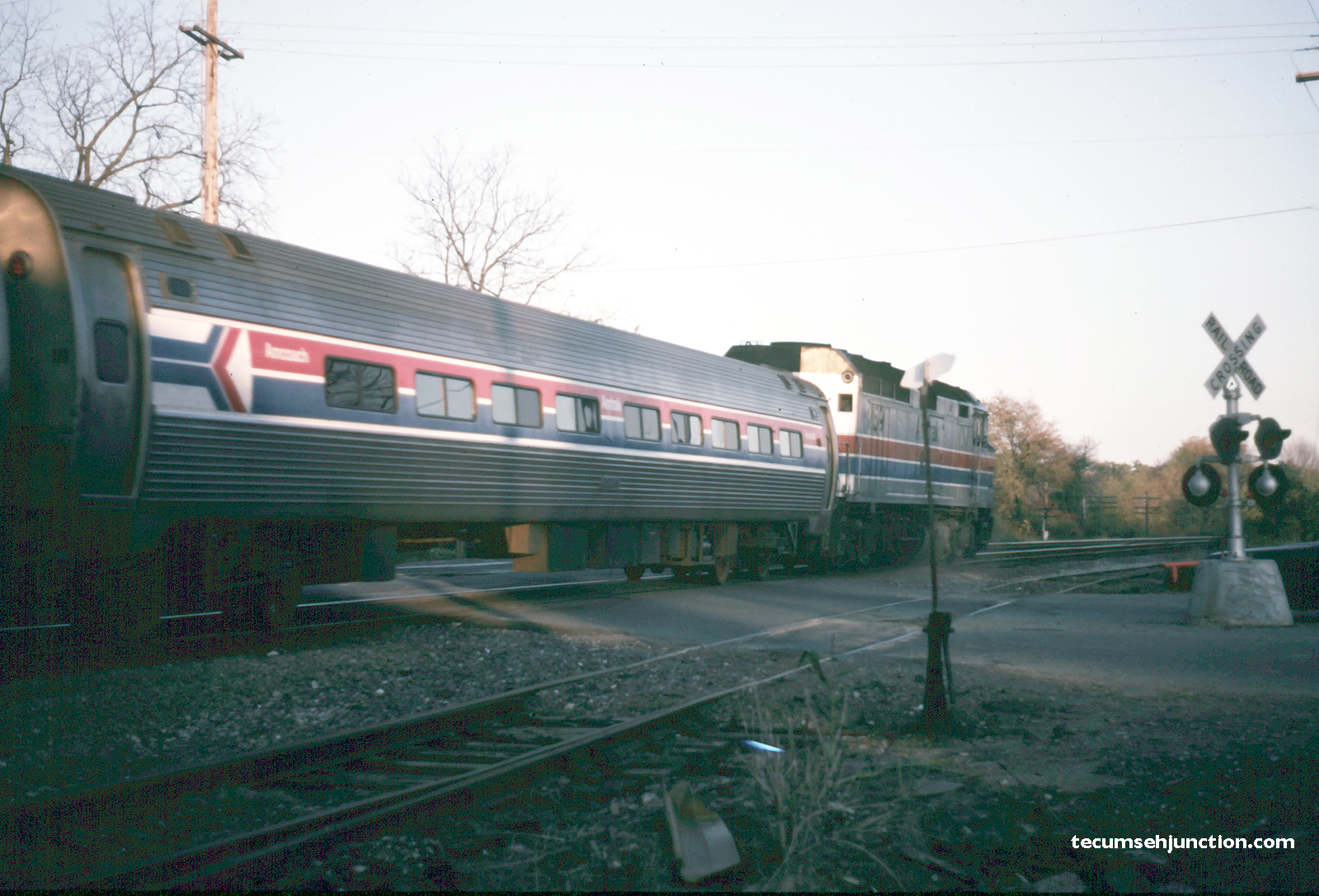 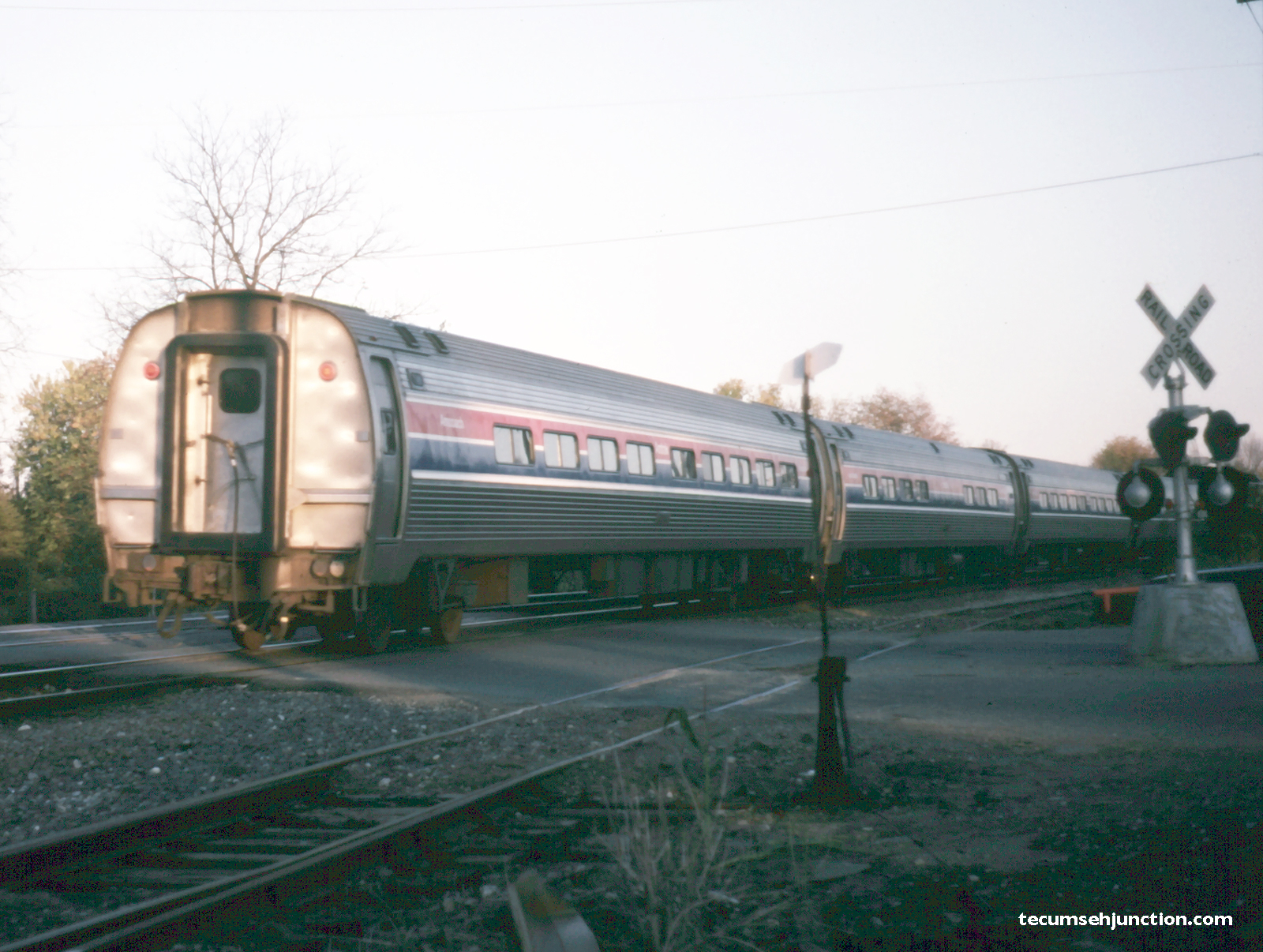 In the last rays of the setting sun, Amtrak train #352, “The Lake Cities”, races through the small town of Dexter, Mich. on 08 October 1982. The train is en route from Chicago to Toledo, and will soon be slowing for its station stop at Ann Arbor at 6:22 p.m.

The F40PH on the front, #259, still wears its factory-delivered Phase II paint scheme (which it wore until at least 1988), and the Amfleet cars are in a mix of Phases I and II. At this time the former-Michigan Central main line was still double-tracked, and Dexter had a fine set of center-of-the-street crossing flashers.

This was the modern equipment of its time. Today, 40 years later, a new generation rules, although the occasional Amfleet car still passes by.