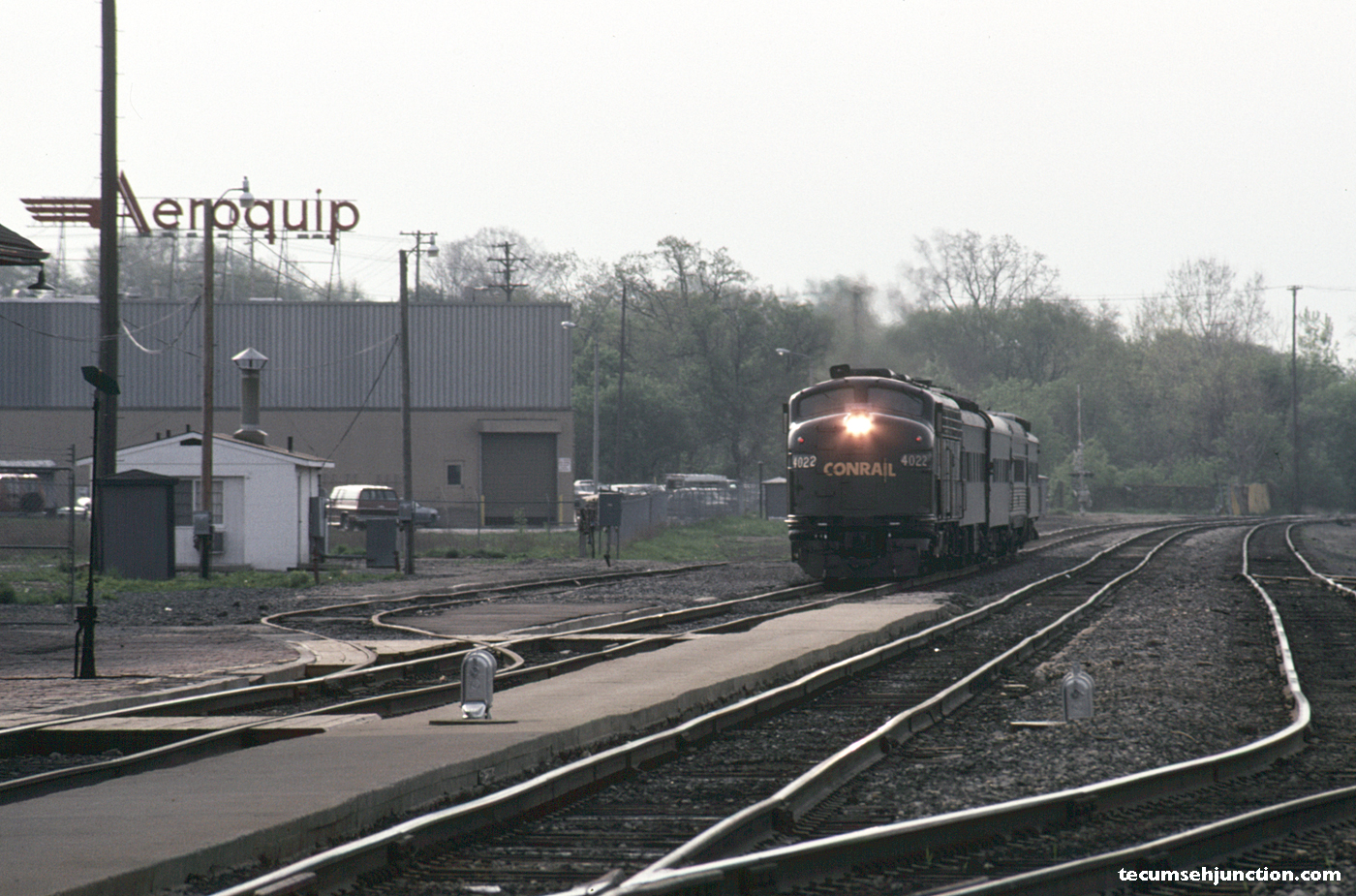 In the spring of 1985, Conrail president L. Stanley Crane and railroad officials toured the Conrail system. Part of the inspection included Conrail lines in Michigan. The special train first arrived in Michigan running from Toledo to Detroit. Then, on May 18, 1983, a full-day inspection operated from Detroit to Kalamazoo over the former-Michigan Central main line. At Kalamazoo, the train headed south on the Kalamazoo-Elkhart line, and then west towards Chicago.

Together with a friend from high school, we “chased” the train as best we could, considering it was running at track speed. We first caught it at a station stop in Jackson (above), and then had to hurry down M-60 towards Three Rivers, Mich., to pick it up one more time.

Here the train, headed by Conrail 4022 (ex-Erie 833), bears down on the Constantine Road crossing, just south of Three Rivers. The signals in the distance guard the interlocking where the former Air Line split off to the northeast, heading for Jackson. This line had been abandoned one year earlier. 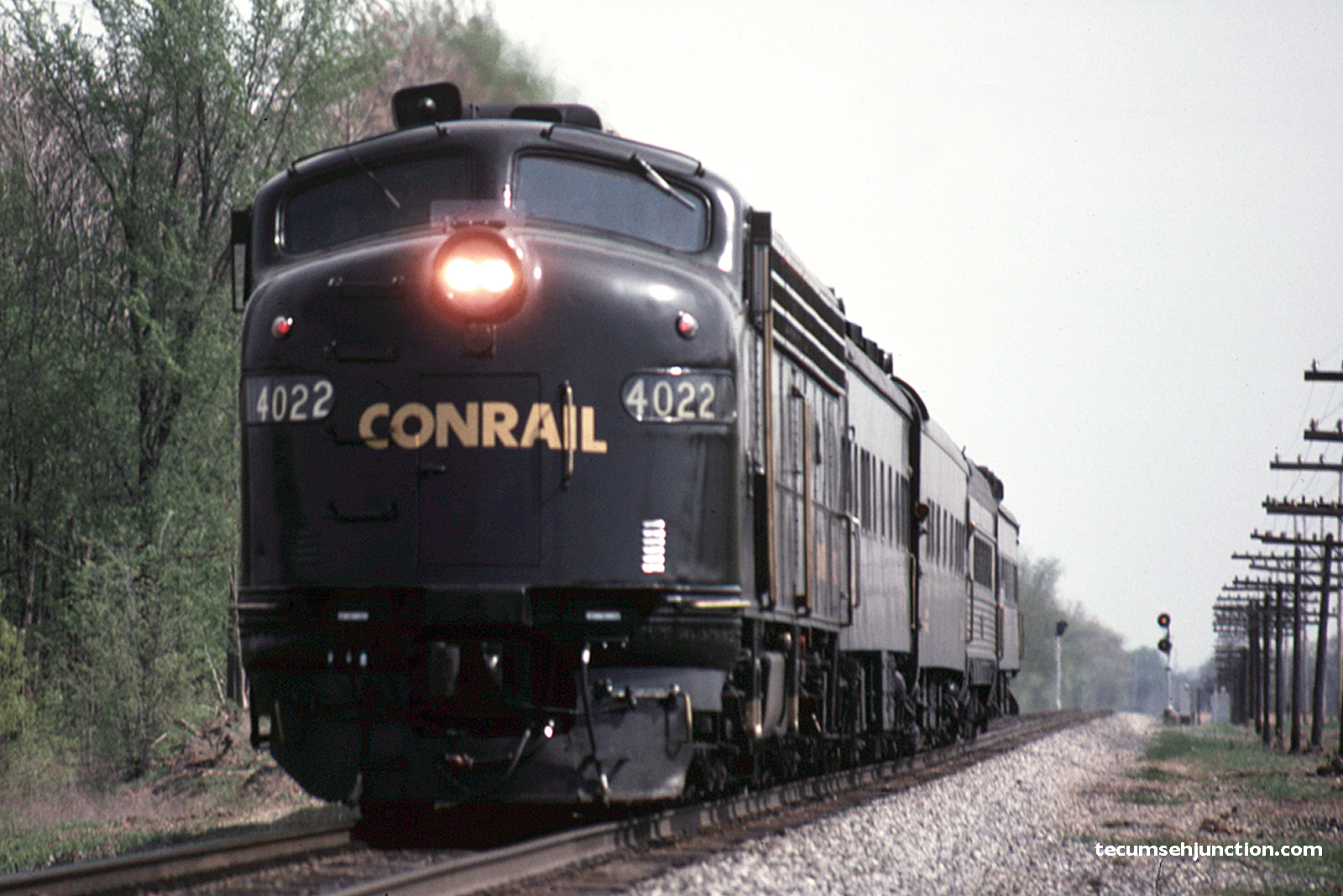 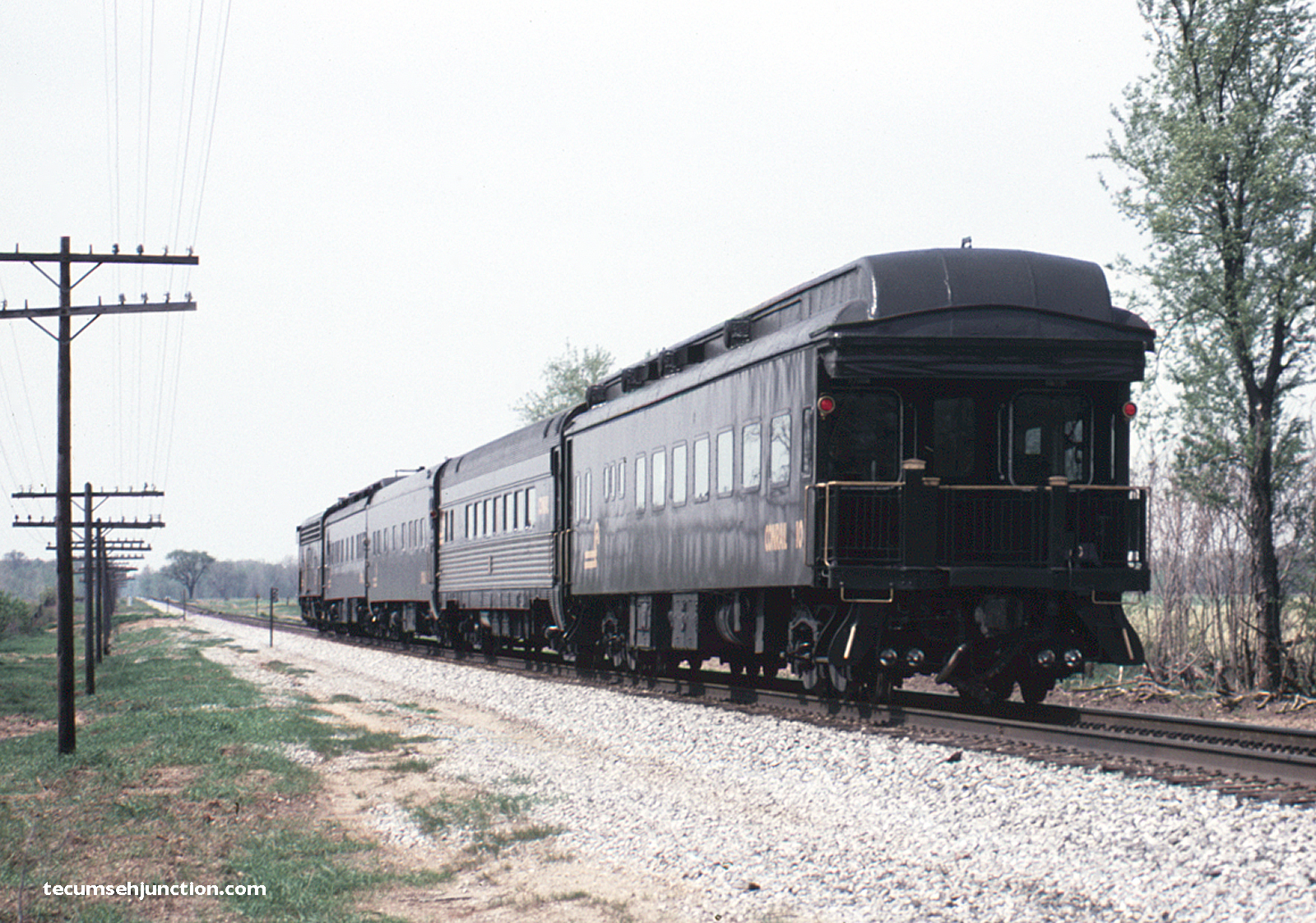 No one is riding the open rear platform today, but almost certainly some official inside observed the two railfans at the crossing.