Located in St. Joseph County, Michigan, Sturgis was once an important railroad junction. The Lake Shore & Michigan Southern/New York Central’s “Old Road”—the original LS&MS main line to Chicago—passed through. The Old Road had a crossing in town at RK Tower with the Pennsylvania Railroad’s Grand Rapids & Indiana line running between Cincinnati and Mackinaw City, and also the LS&MS (NYC) branch line between Goshen, IN and Findley, MI (the so-called “Pumpkinvine”).

Sturgis was a backwater on the Conrail system, but remained a small base of operations until the early 1990s. The FW&J line had long been abandoned, as had the PRR line other than a north/south section in Sturgis, serving local industries. Conrail local freights operated over the Old Road west to Three Rivers, MI, and east to a connection with the Hillsdale County Railroad in Quincy (this eastward connection was abandoned in 1984, and revived by the Michigan Southern Railroad in 1989).

A visit to Sturgis on an overcast Sunday, 01 April 1990 found Conrail B23-7 #1942 as the local power, parked for the weekend on the wye track between the Old Road and GR&I, next to the former-PRR maintenance building now used as a crew office.

Conrail N11 caboose #18455 is also on hand, sporting a custom “STURGIS” sign attached to its side.

By 1993, Conrail would disappear from Sturgis, with freight operations west to White Pigeon and switching in Sturgis itself being taken over by the Michigan Southern Railroad. 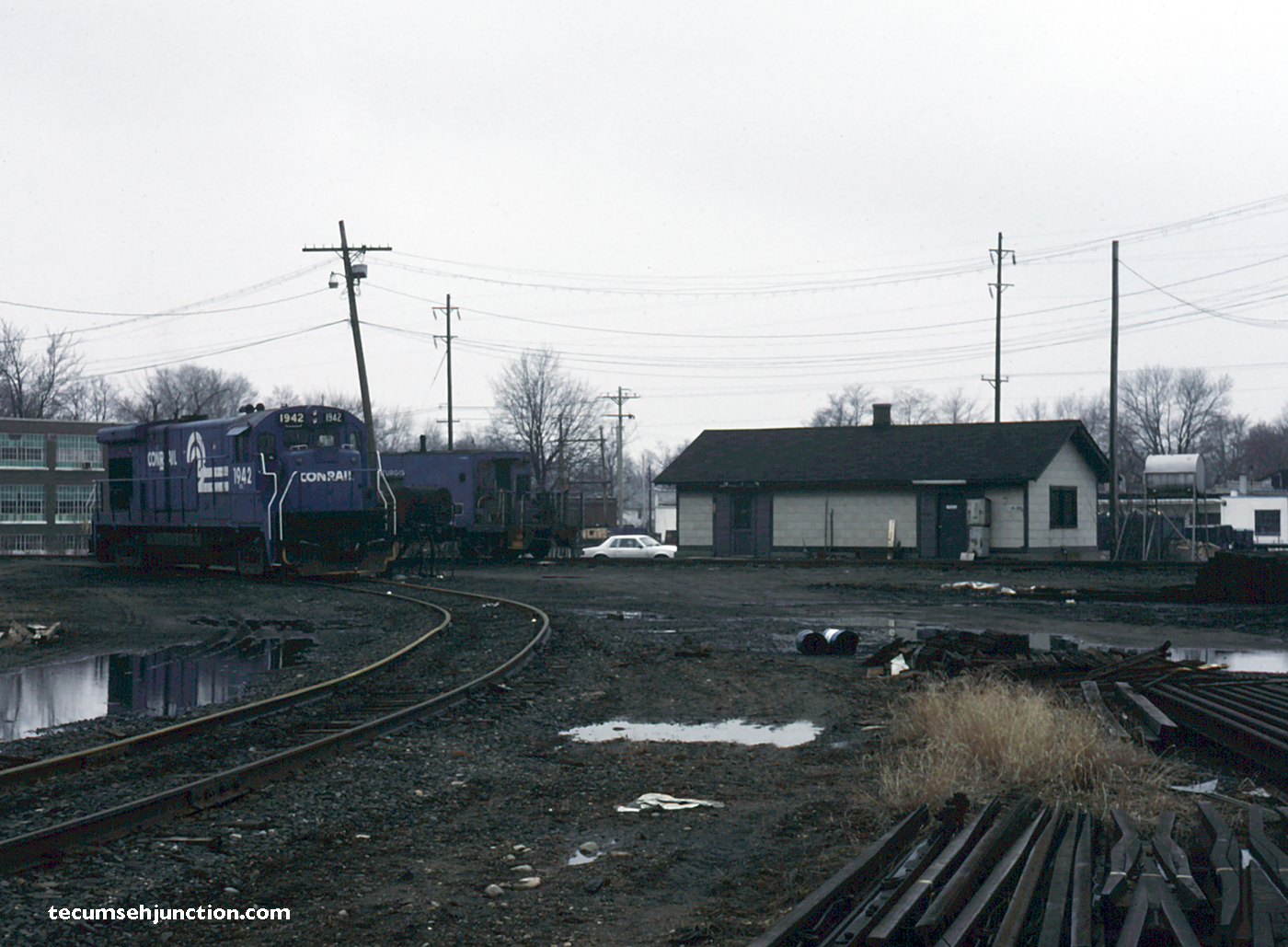 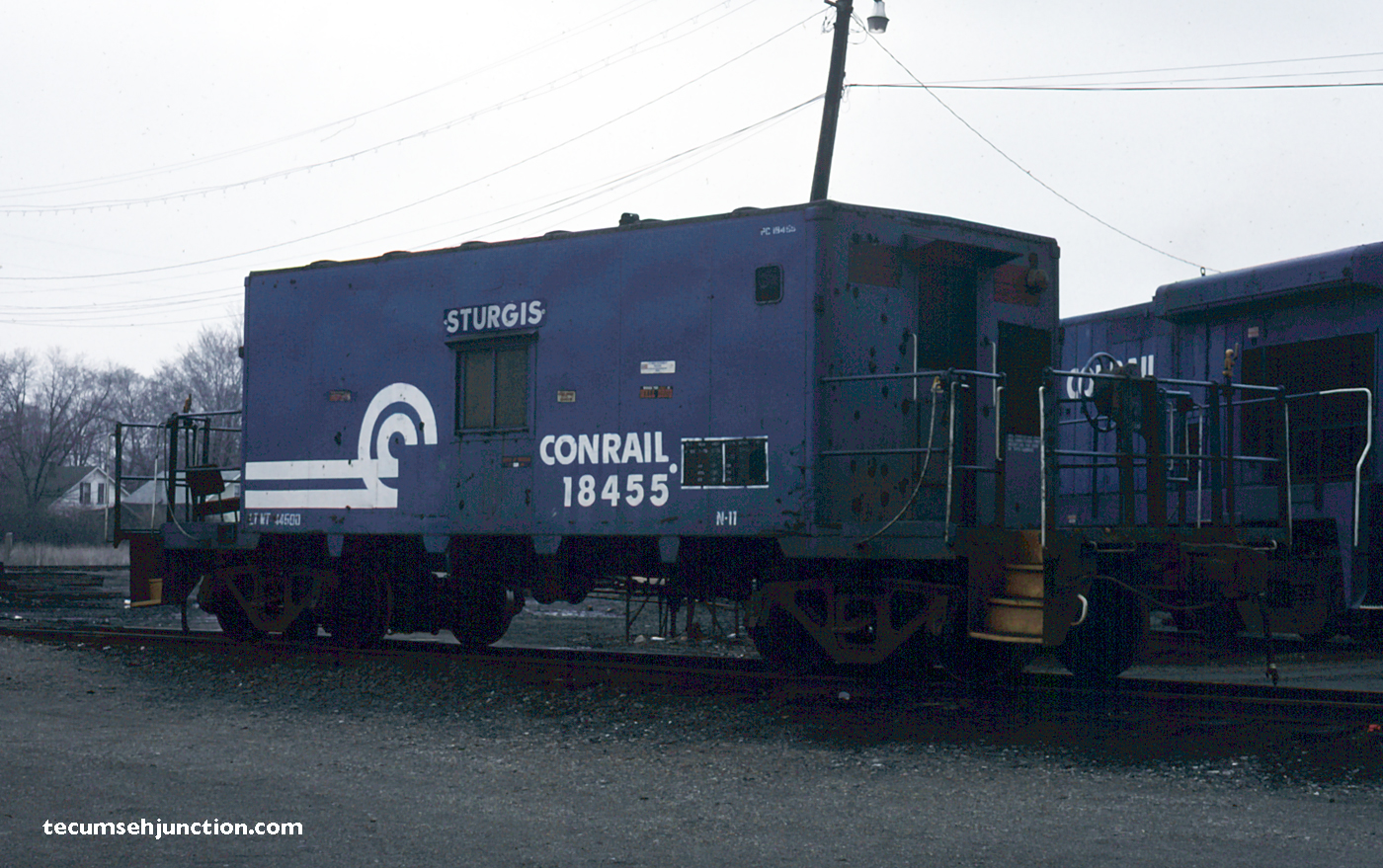