Photo day—Conrail on the Carrothers 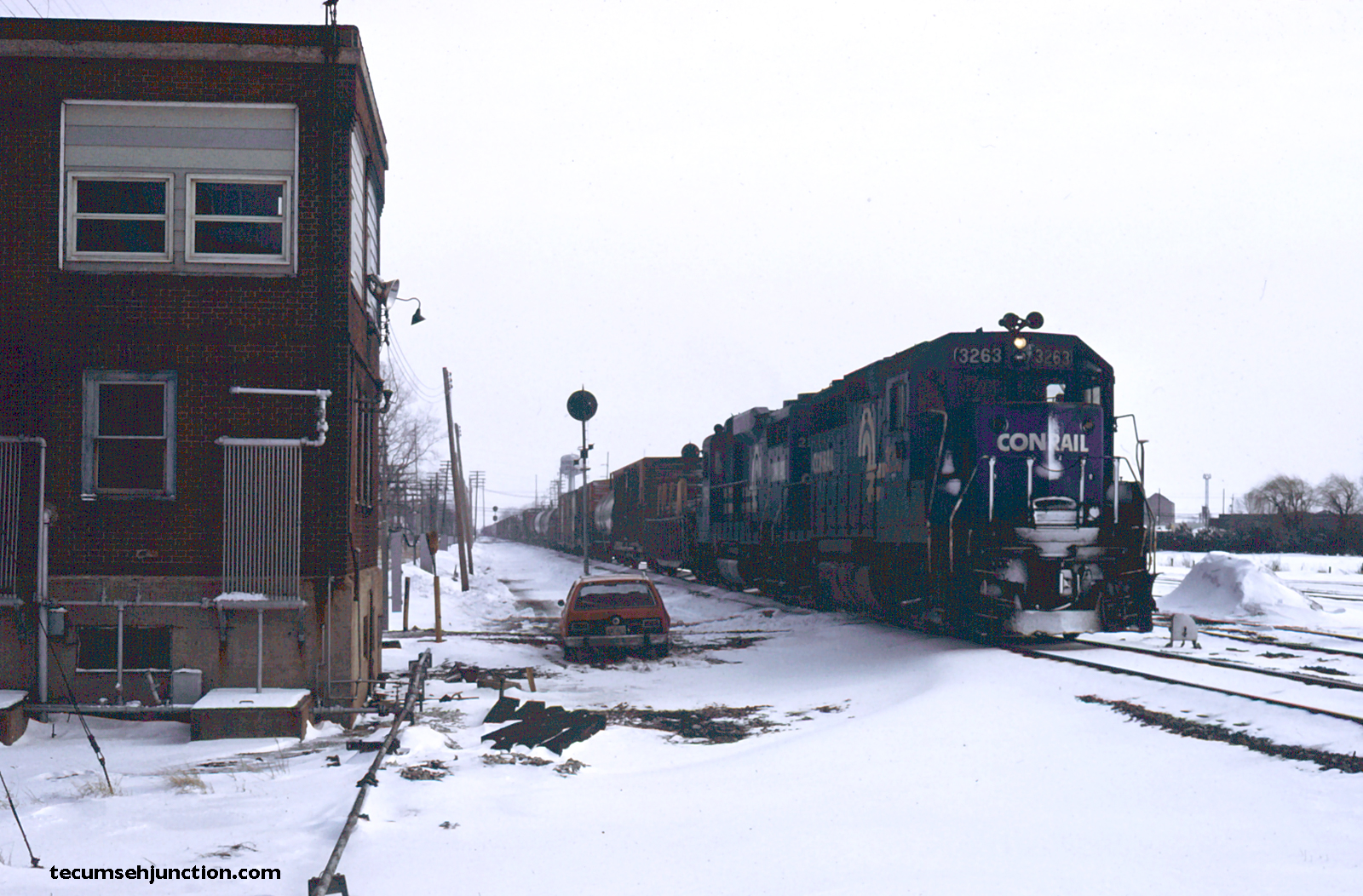 Conrail GP40 #3263 and a GP30 sister lead a northbound train off the Carrothers Branch at Walbridge, Ohio on 09 March 1982. The train is about to cross the diamonds of the Toledo Terminal Railway and continue towards Toledo. To the right is the entrance to the Chesapeake and Ohio Railway’s Walbridge Yard.

The former-Pennsylvania Railroad Carrothers Branch ran from Carrothers, north of Bucyrus, Ohio, to Toledo. In the passenger days it once extended all the way to Toledo Jct, just west of Mansfield. In the 60’s PRR broke the line up in favor of a routing via the Fort Wayne main to Bucyrus, thence up to Carrothers and onto a connection to the Carrothers Branch leading northwest to Toledo.

Conrail would embargo the section between Tiffin and Carrothers in 1984 and later abandon it. The section between Tiffin and Woodville was purchased by the SST Port Authority in 1990, and initially operated by Indiana Hi Rail Corporation; the current operator is the Northern Ohio & Western Railway (Omnitrax). The section from Toledo to Woodville was retained by Conrail, and later became part of CSX.