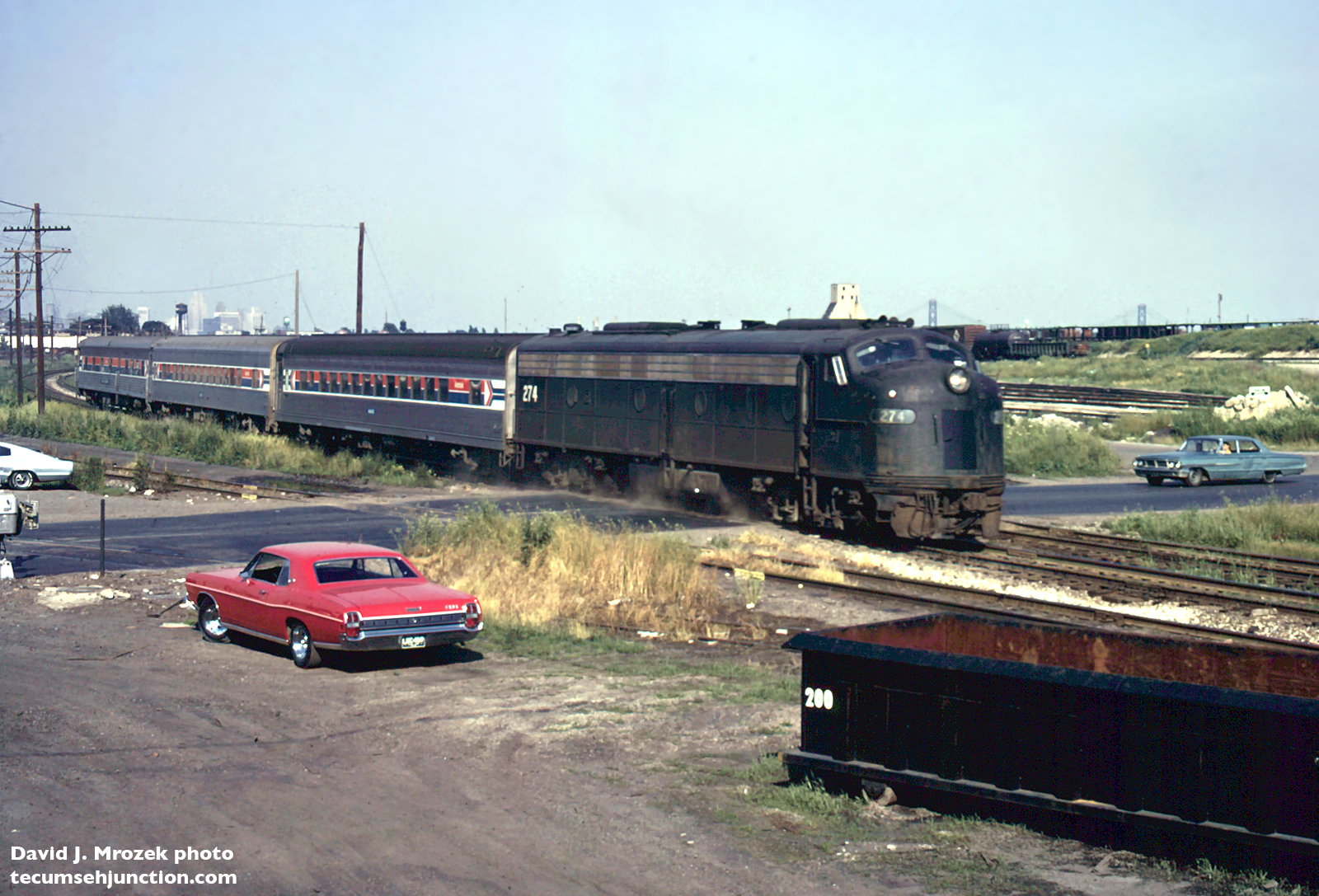 Amtrak train #363, the westbound “St. Clair”, stirs up the dust as it crosses Central Ave. at the west end of Livernois Yard in Detroit on the afternoon of July 6, 1973. Classic cars spice up the scene, and in the background we can see the Detroit skyline, the Livernois Yard coaling tower, and the towers of the Ambassador Bridge.

Leading the train is Amtrak E8 #274 (ex-Penn Central #4254). The short consist includes two coaches and a food service car. At the time there were only two daily passenger trains over the ex-Michigan Central line to Chicago. 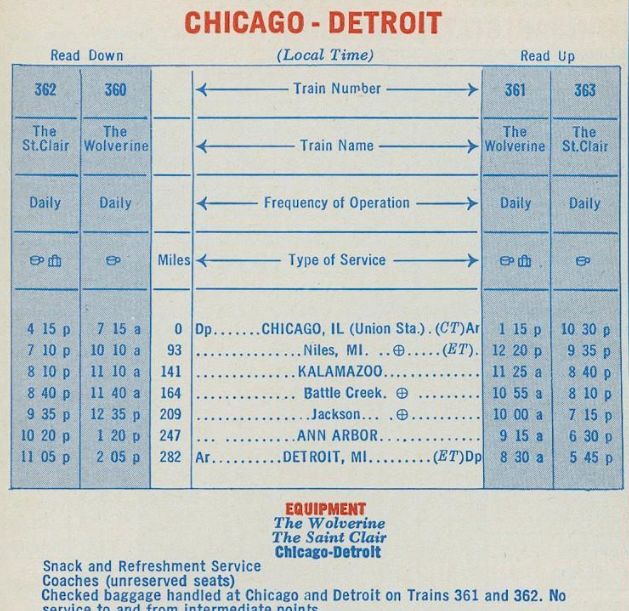 An excerpt from Amtrak’s system timetable issued 10 June 1973, showing the Chicago-Detroit service. (found on the Museum of Railway Timetables—http://www.timetables.org)

The photograph was taken by David J. Mrozek and scanned from the original slide, which is in my collection.