Shades of red in downtown Tecumseh

It’s a sunny fall day as the Southern Michigan Railroad Society’s GE 44-ton switcher #75 leads a northbound Fall Color Tour train across Chicago Boulevard (M-50) in downtown Tecumseh, Michigan on 05 October 1996. Despite the green light, traffic on the main road will have to wait for the train’s passage.

The switcher, ex-Western Maryland Railroad #75, ran for several years in this primer-red paint. The shade of red on the locomotive contrasts with the weathered brick facade of the former Masonic Temple building. Built in 1894, the building has seen the passage of many trains over the years, from the Lake Shore & Michigan Southern, the New York Central, Penn Central and Conrail, and now those of the SMR. 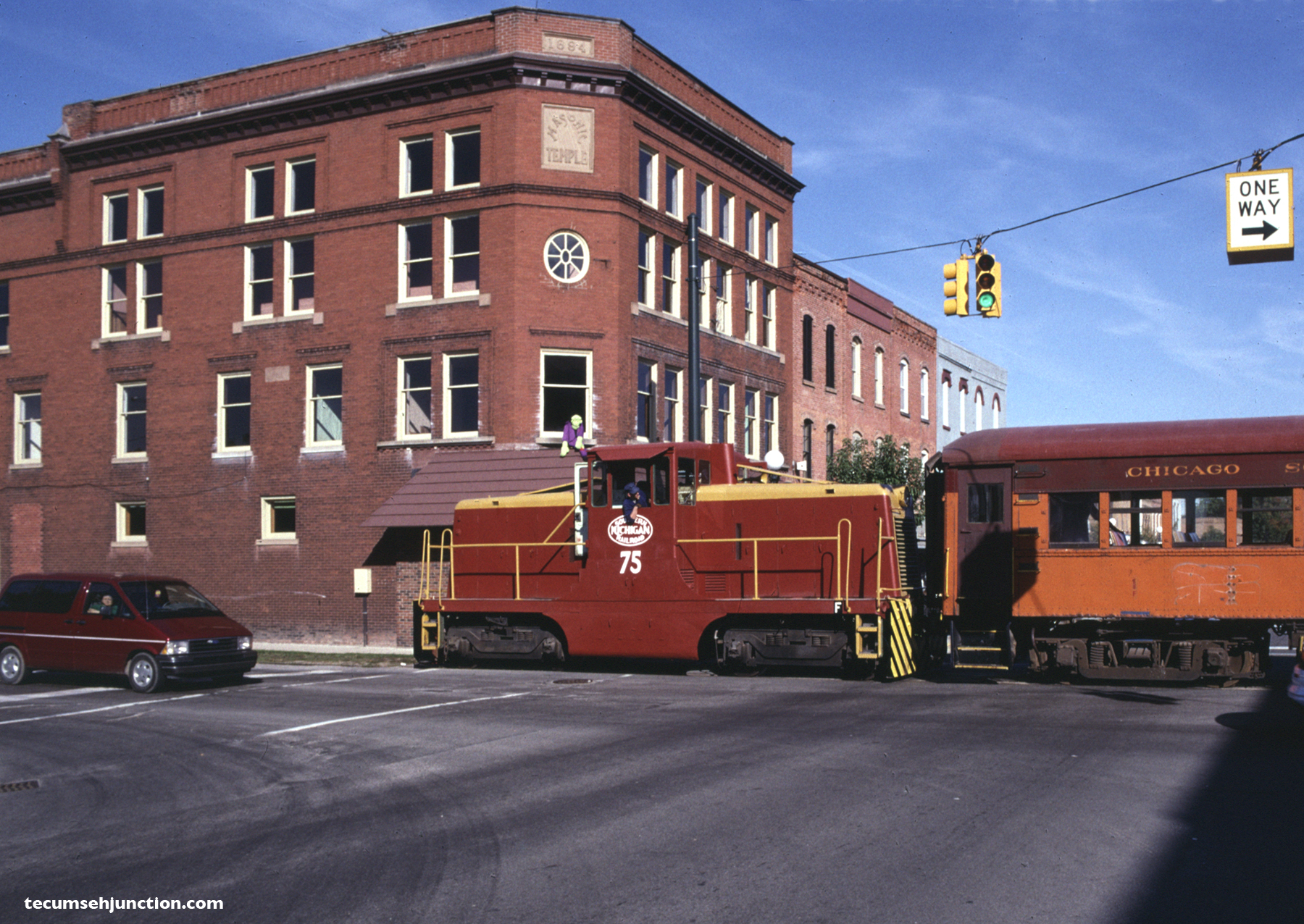 Bringing up the rear of the train is SMR caboose #21692. Originally built as an N-7A waycar for the New York Central, and later used by Penn Central and Conrail, it may have even traveled over this line in its working career. 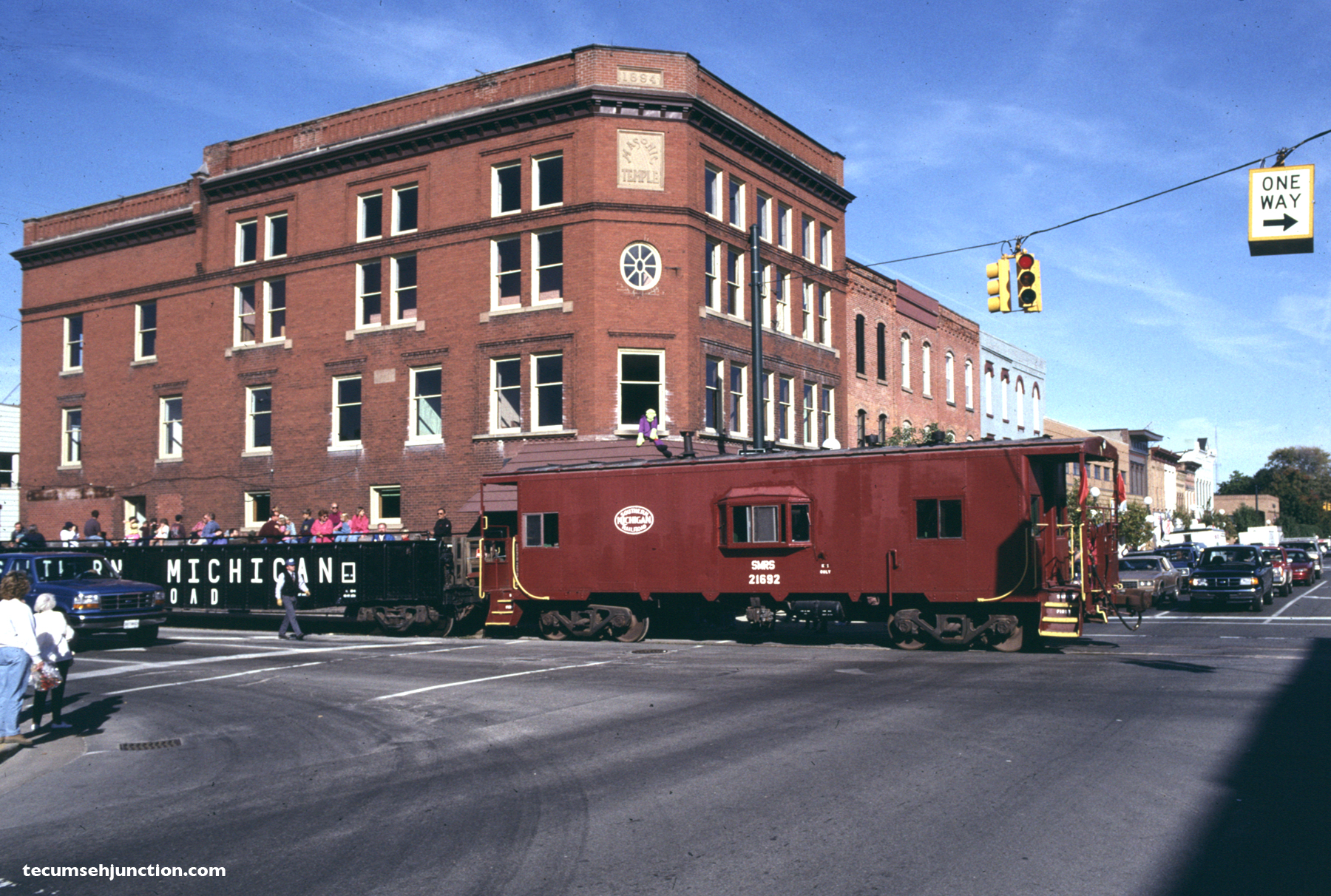 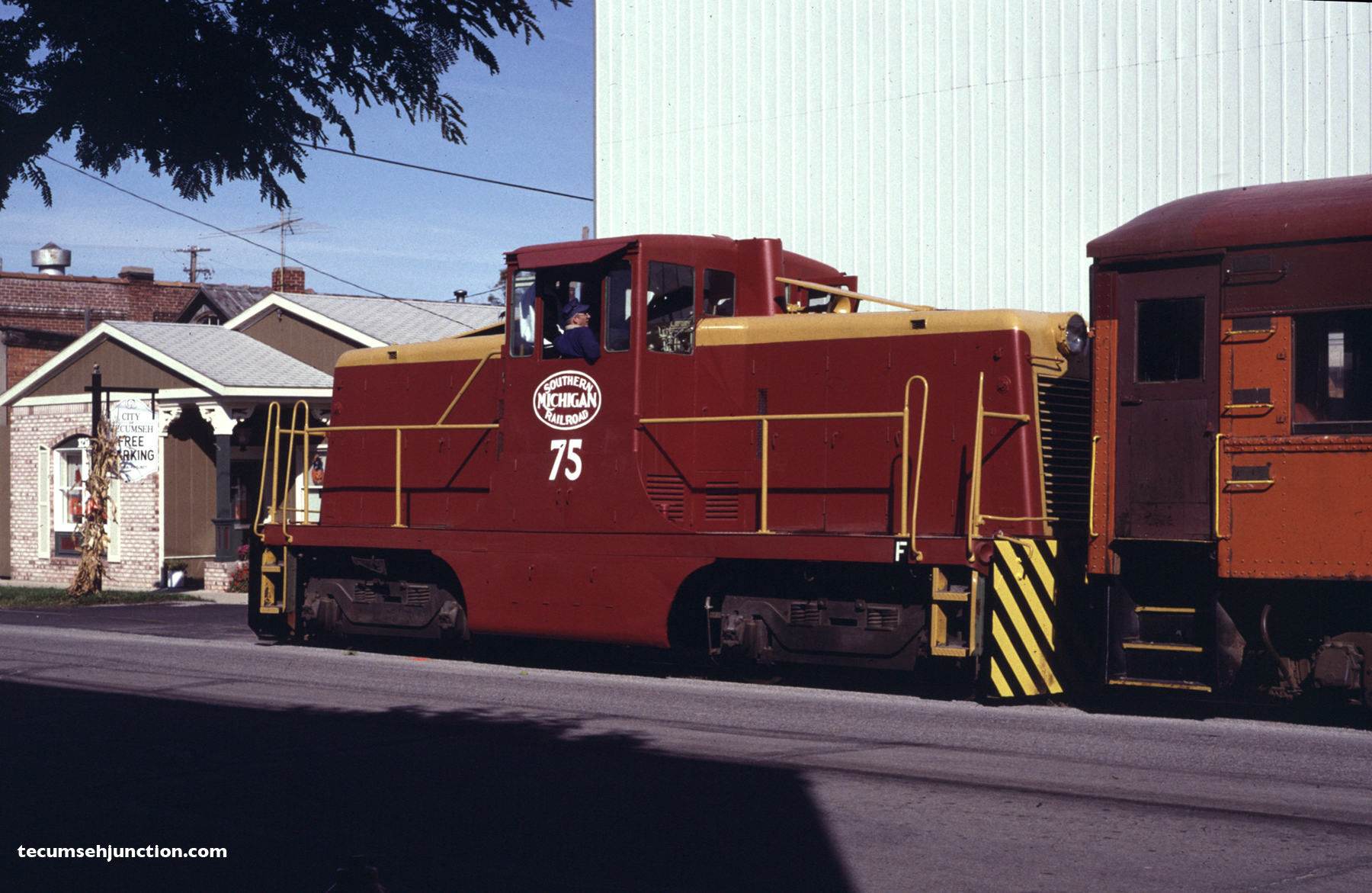 Earlier in the day, #75 had started its northward trip at Raisin Center, MI: 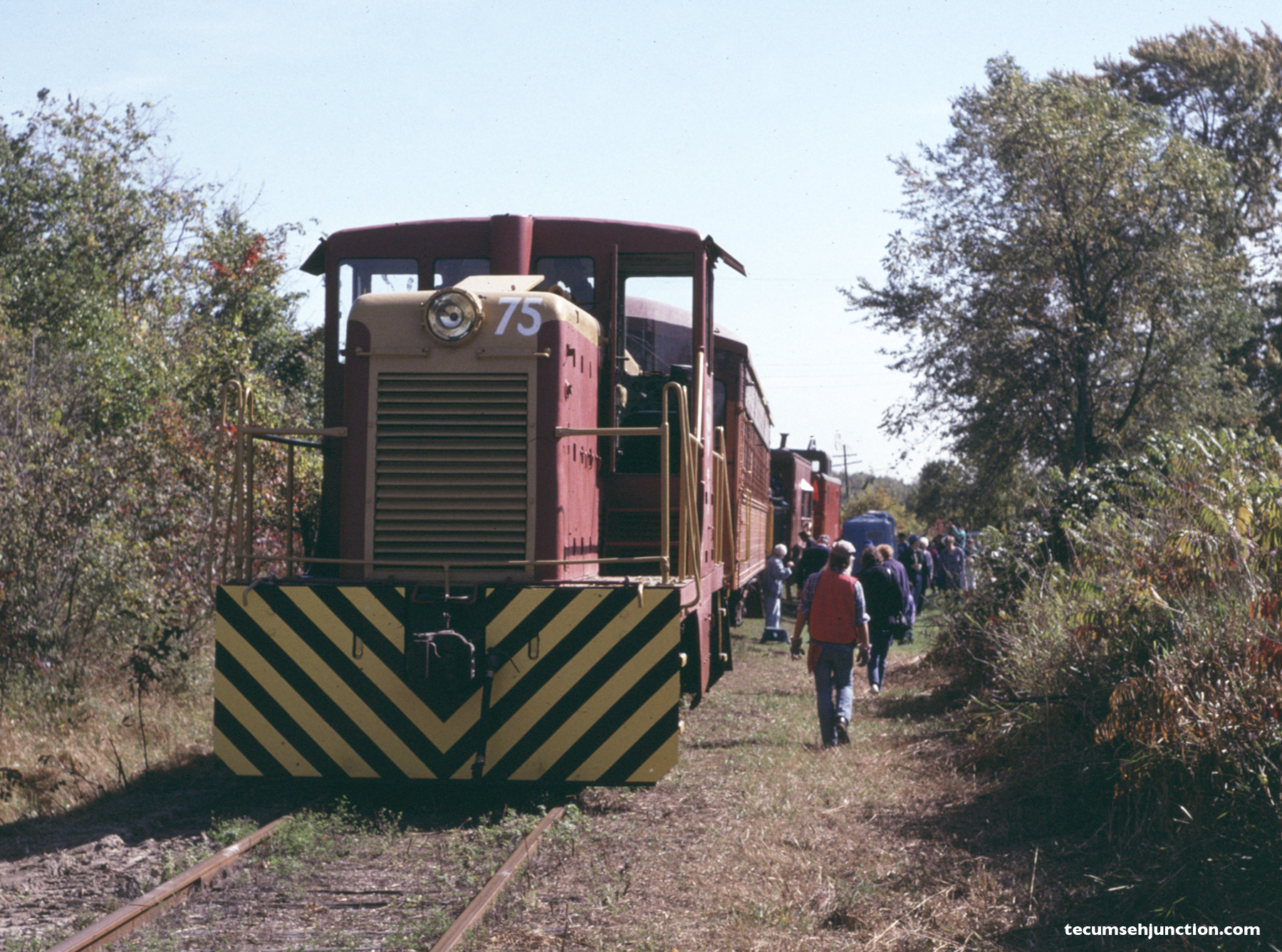