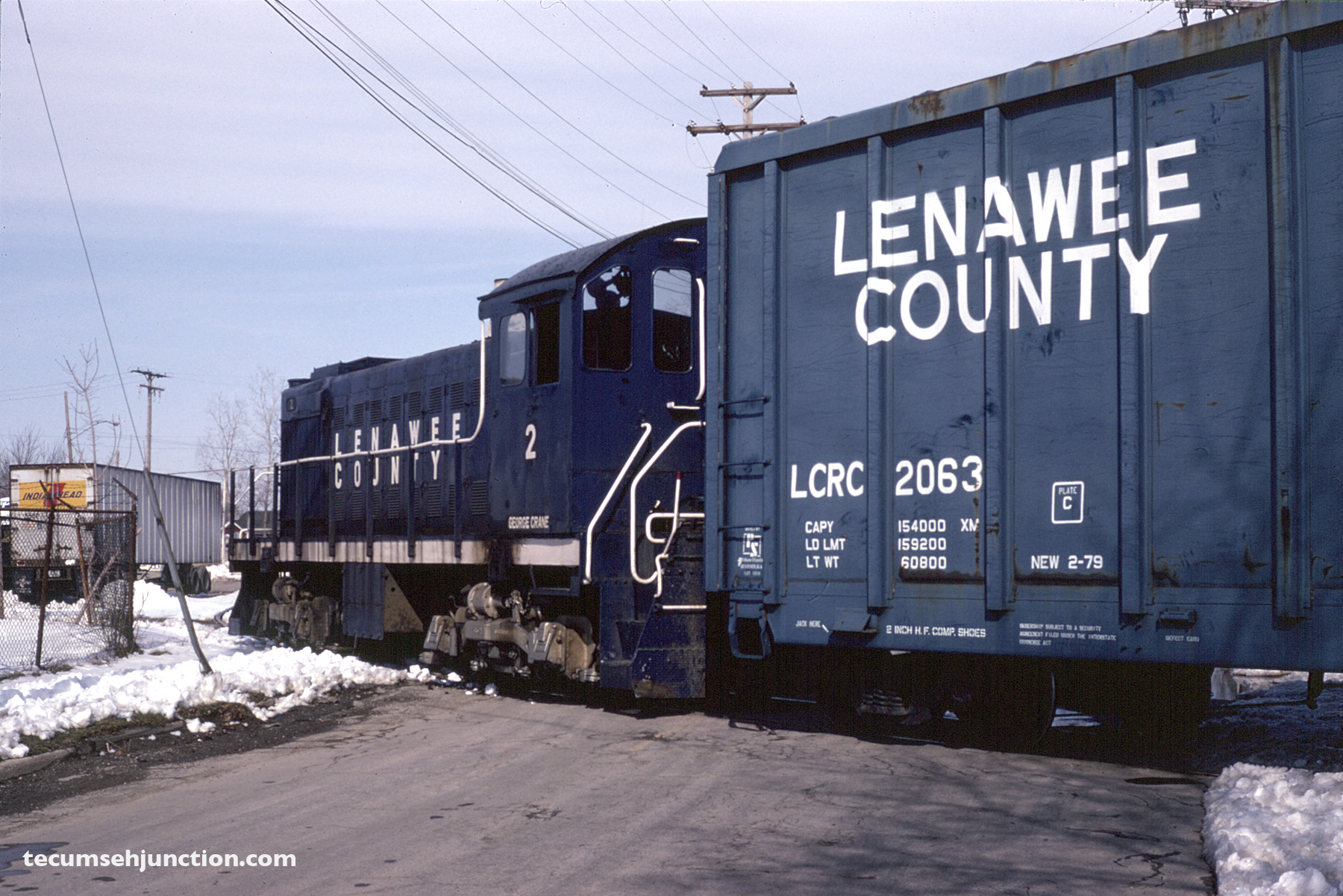 It had been a rough winter for the LCRC, with heavy snow and ice being encountered from December onward. The railroad’s other locomotive, #1, had frozen up while trapped in blizzard snowdrifts near Weston earlier in the year and received a cracked block. The railroad was down to one locomotive, and it would be autumn before RS-1 #3 would arrive.

Alco S2 #2 would continue to serve the LCRC until the railroad closed down in September 1990. It was scrapped at Blissfield, MI a short time later.