Lumbering out of Lenawee 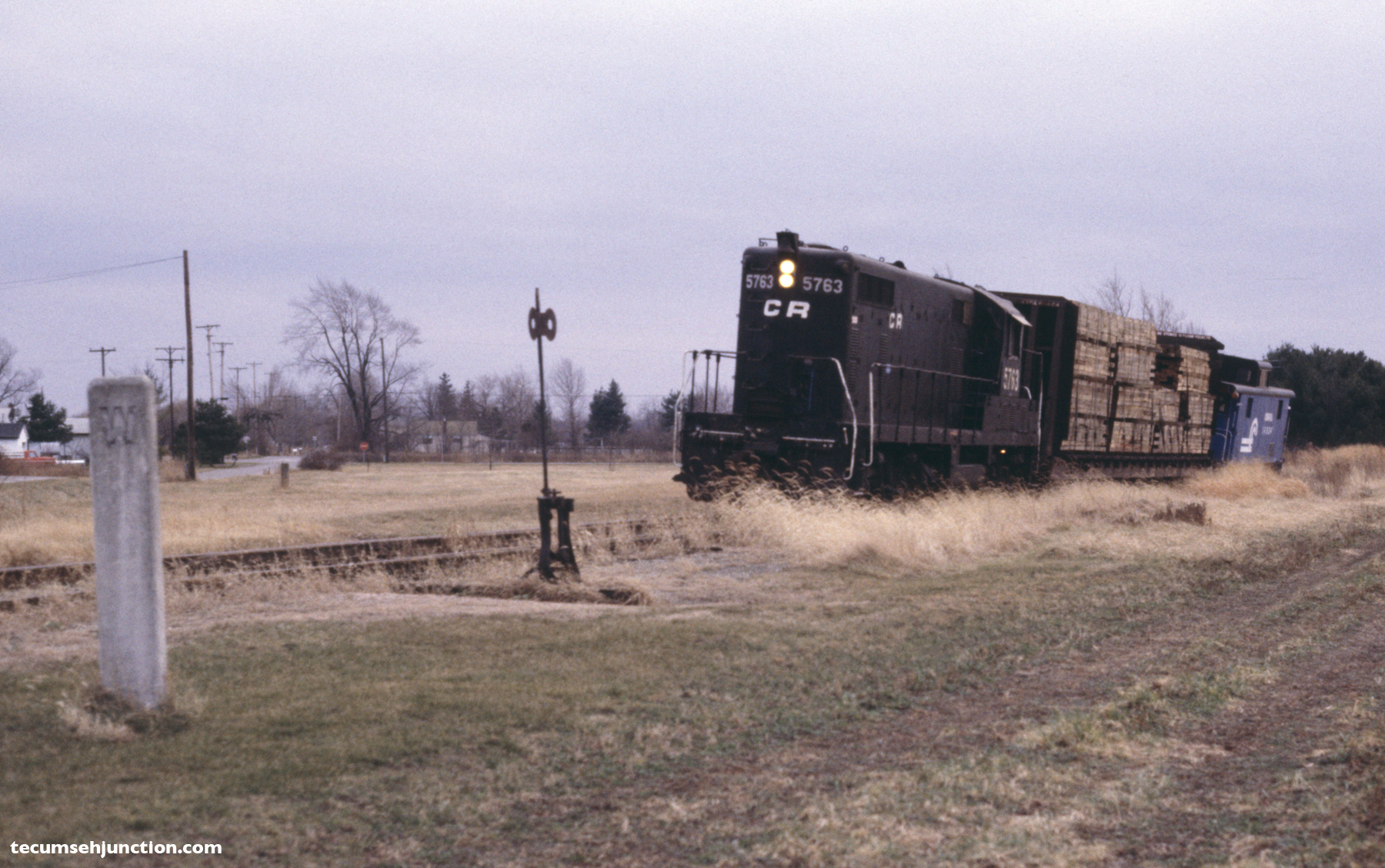 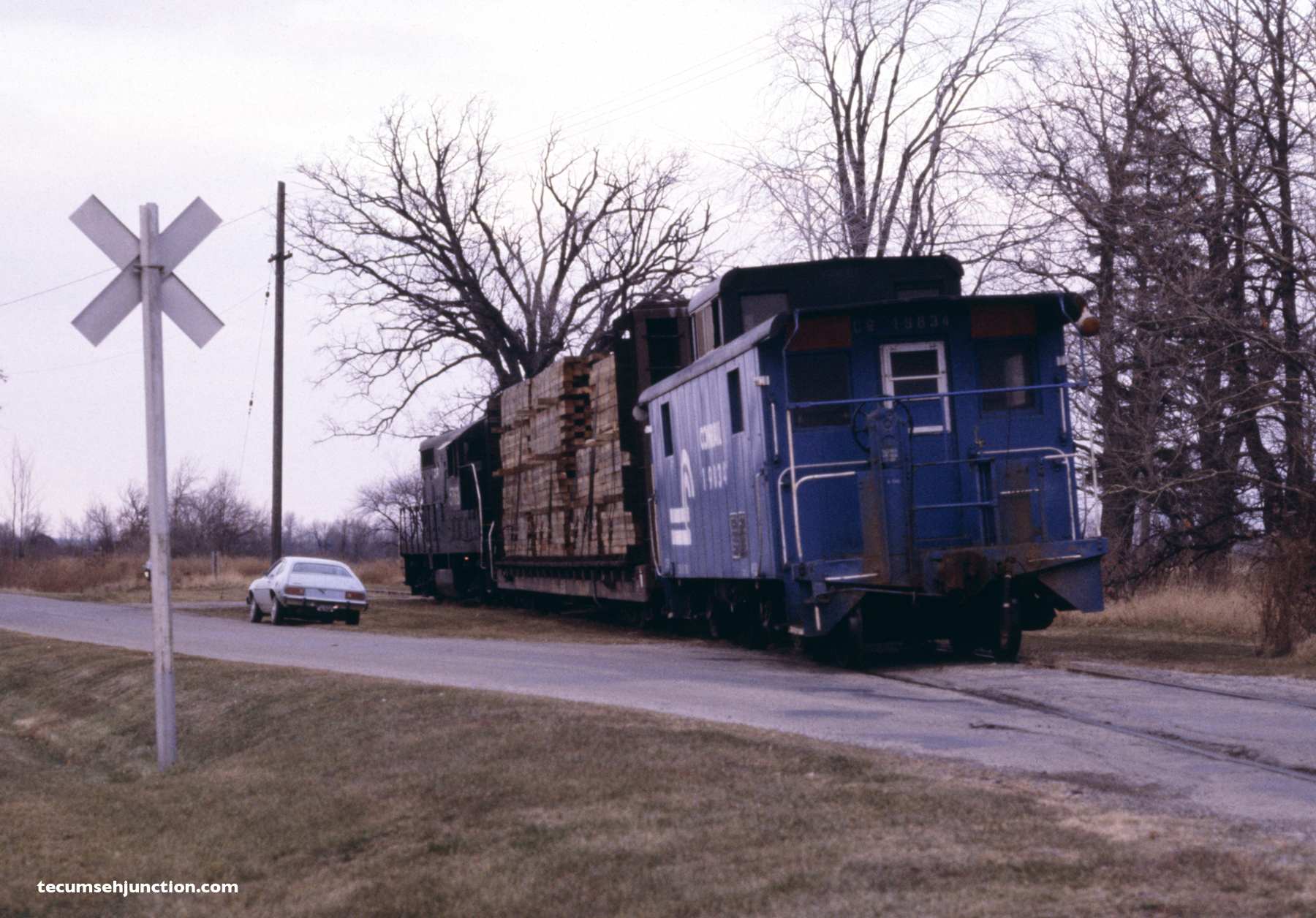 Grey skies portend the future of Conrail’s Clinton Branch at Lenawee Junction, Michigan on December 15, 1981. Ed Hodges was on-hand to capture the northbound departure of this short freight train.

A carload of lumber for the Pallox Company in Clinton has come in, so it’s time for a rare trip up the 13.5-mile branch to make the delivery. At this time, Pallox and Tri-County Logging, both located in Clinton, were the only remaining customers using rail service.

Leading the train is Conrail GP-7 #5763, built for the New York Central Railroad in May 1953. Still wearing its Penn Central black paint, this unit was a regular visitor to the line. Conrail caboose #19834 (ex-PC #19834, exx-New Haven #517) brings up the rear of the train. This caboose also spent several years assigned to the line.

The winter skies would soon bring snow, ice and cold, which in turn would complicate operations on the branch (including several derailments) and ultimately lead to embargo and closure in March 1982.