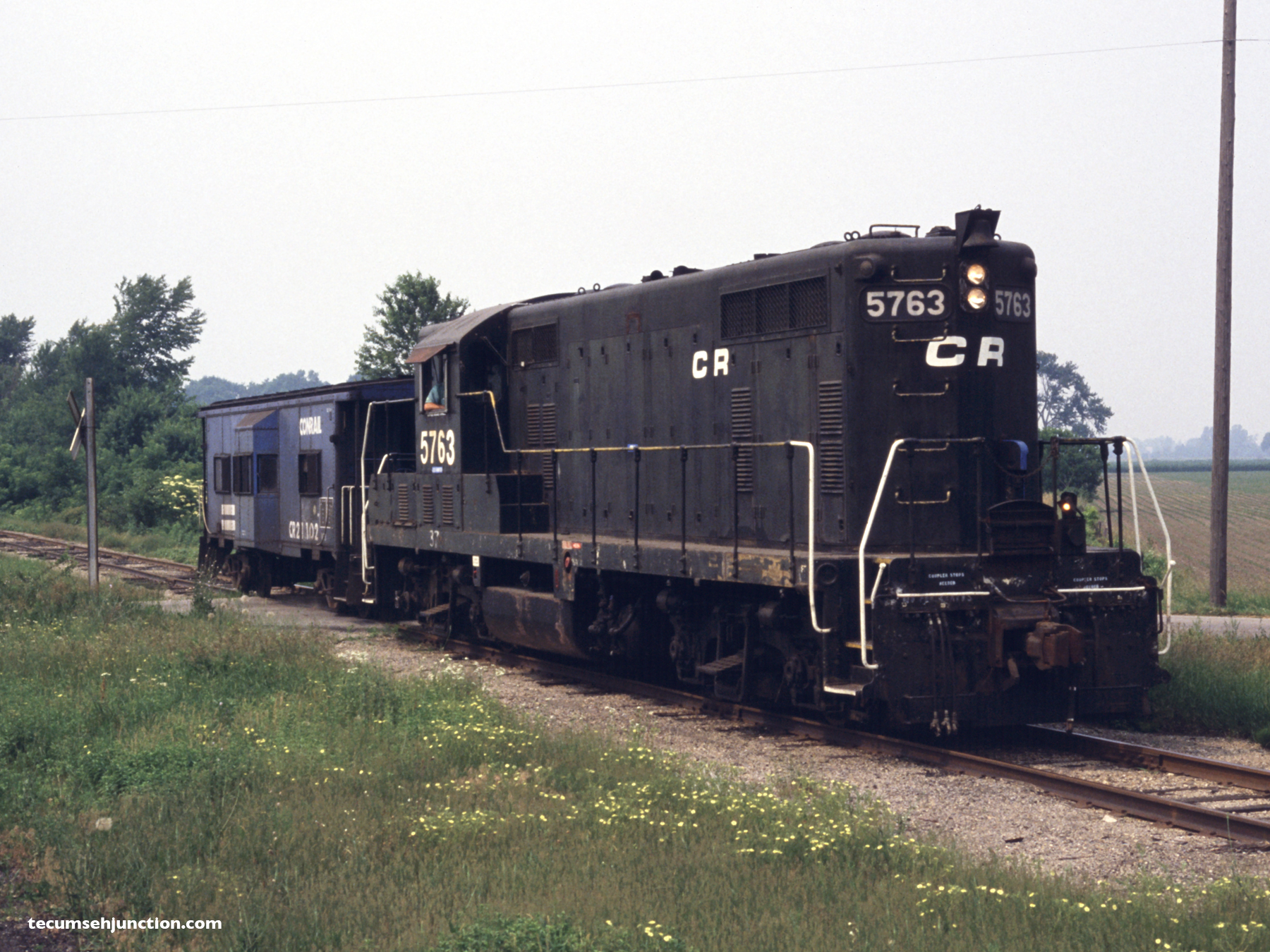 On 27 June 1982, Edward Hodges caught a Conrail train returning from Lenawee Junction, Michigan to Toledo, Ohio passing the site of the former station at Palmyra, Mich.

In March of 1982, Conrail had abandoned service on the Clinton Branch running north from Lenawee Jct. to Clinton, but still maintained service as far as Lenawee Jct. to interchange with the Lenawee County Railroad Company. A train would come up from Toledo once or twice a week, switching industries along the way.

On this day, there was apparently nothing to bring back from Lenawee, so the train is running as a “caboose hop”. The lack of traffic does not bode well for Conrail’s long-term presence here.

Class N7D caboose CR #21102 was built for the Erie Railroad.

This trackage is today operated by the Adrian and Blissfield Railroad Company.