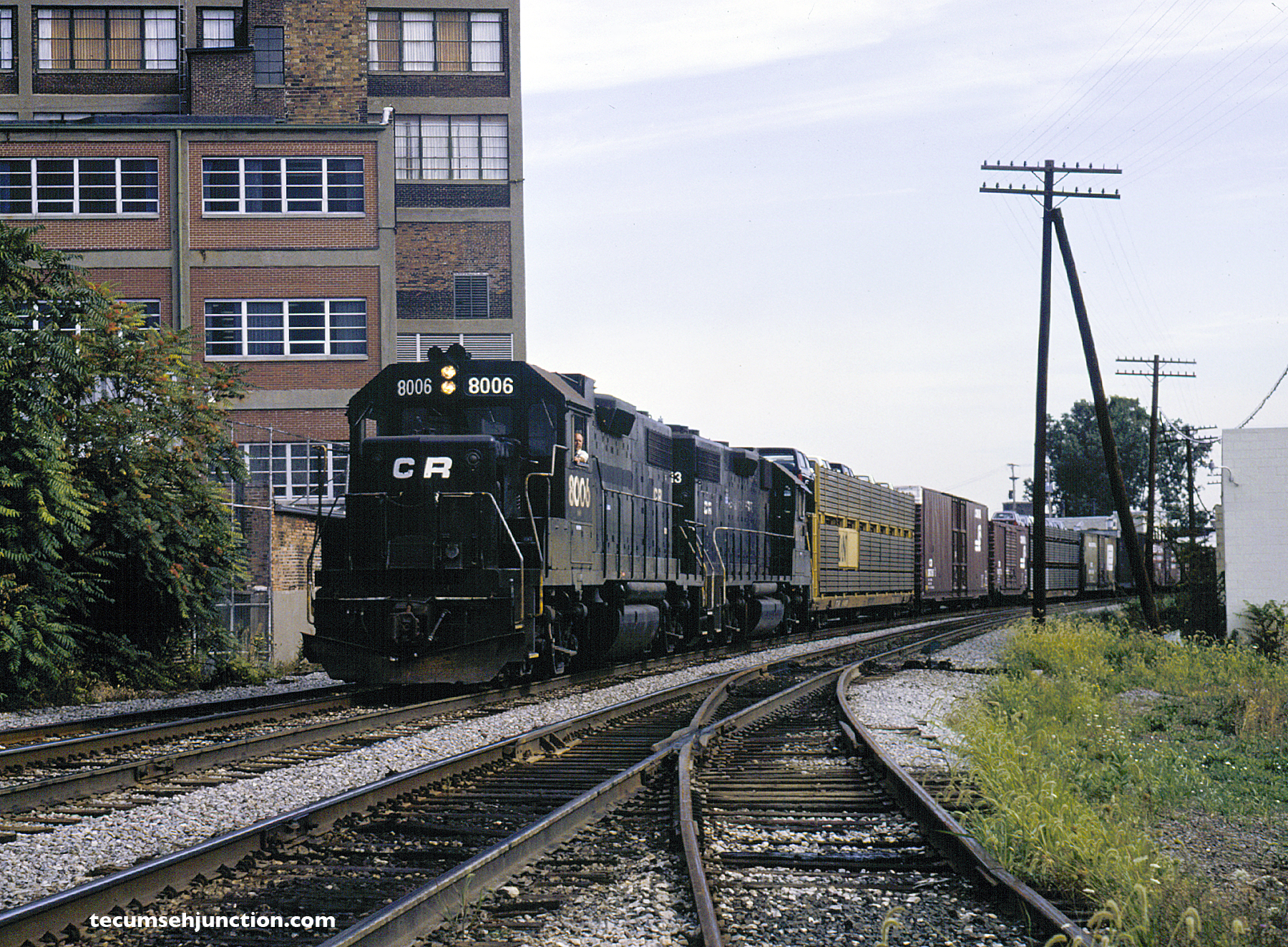 Conrail GP38-2 #8006, along with a sister also still in Penn Central black, lead a northbound train approaching the Nebraska Avenue crossing in Toledo, Ohio on 24 August 1982.

The lead locomotive was built by EMD for Penn Central in August 1972. It was photographed still in service as late as 2008 as LLPX 2323 in Kansas City, Missouri.

By 1982, it was getting difficult to find “patched” Conrail units, as it was already 6 years after the merger that created Conrail. To find two on one train was extraordinary good luck!