Photo day—Crossing over at Lima 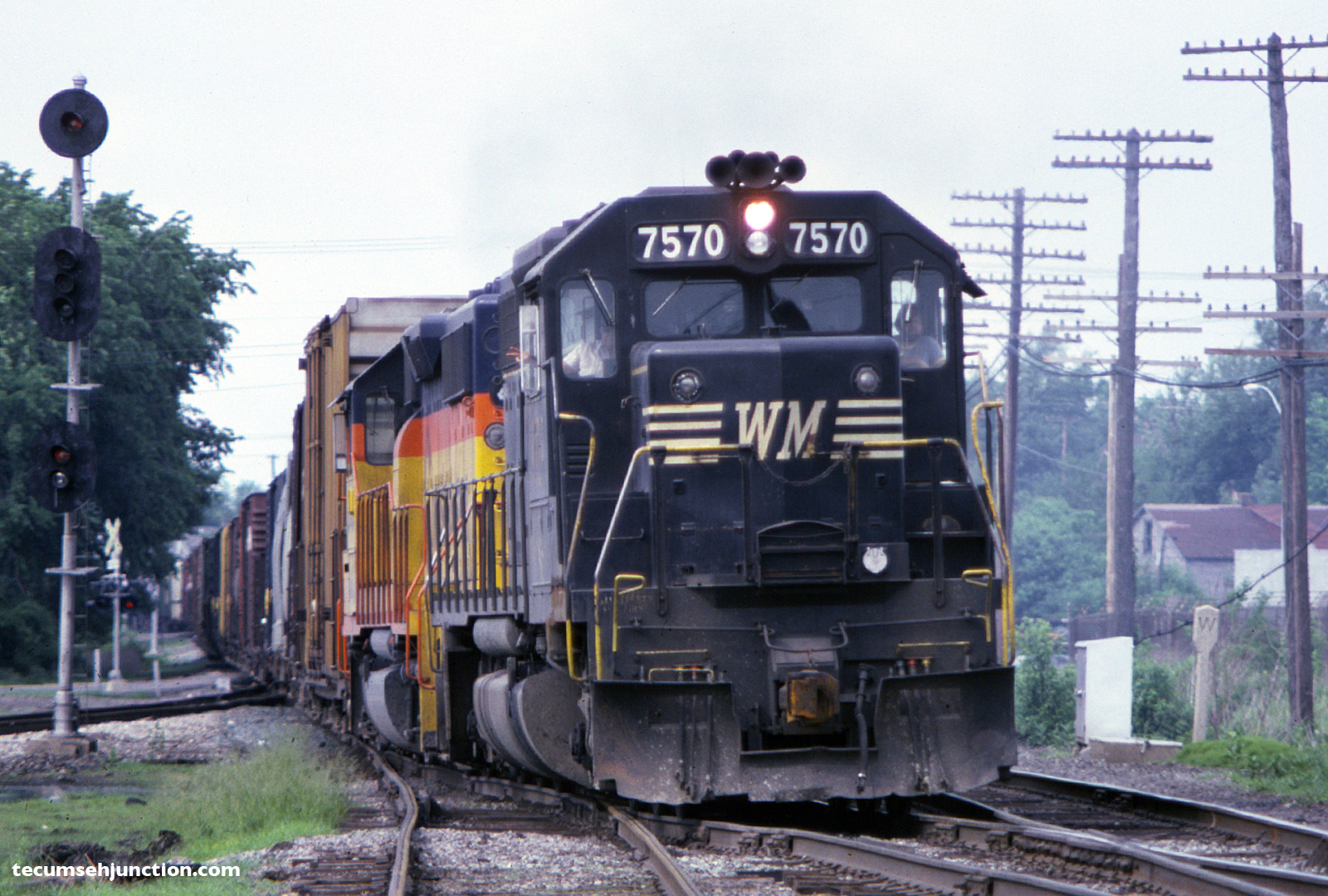 A southbound Chessie System (B&O) freight bounces through the crossovers located just north of NS Tower in Lima, Ohio on 23 May 1982.

Lead unit Western Maryland SD40 #7570 still wears the line’s attractive “speed lettering” livery. Delivered to the WM in August 1966 as #7470, the unit was later rebuilt by Chessie successor CSX Transportation as SD40-2 #8421. It would remain in service until at least 2018.