Photo day—PC lives on at Clinton 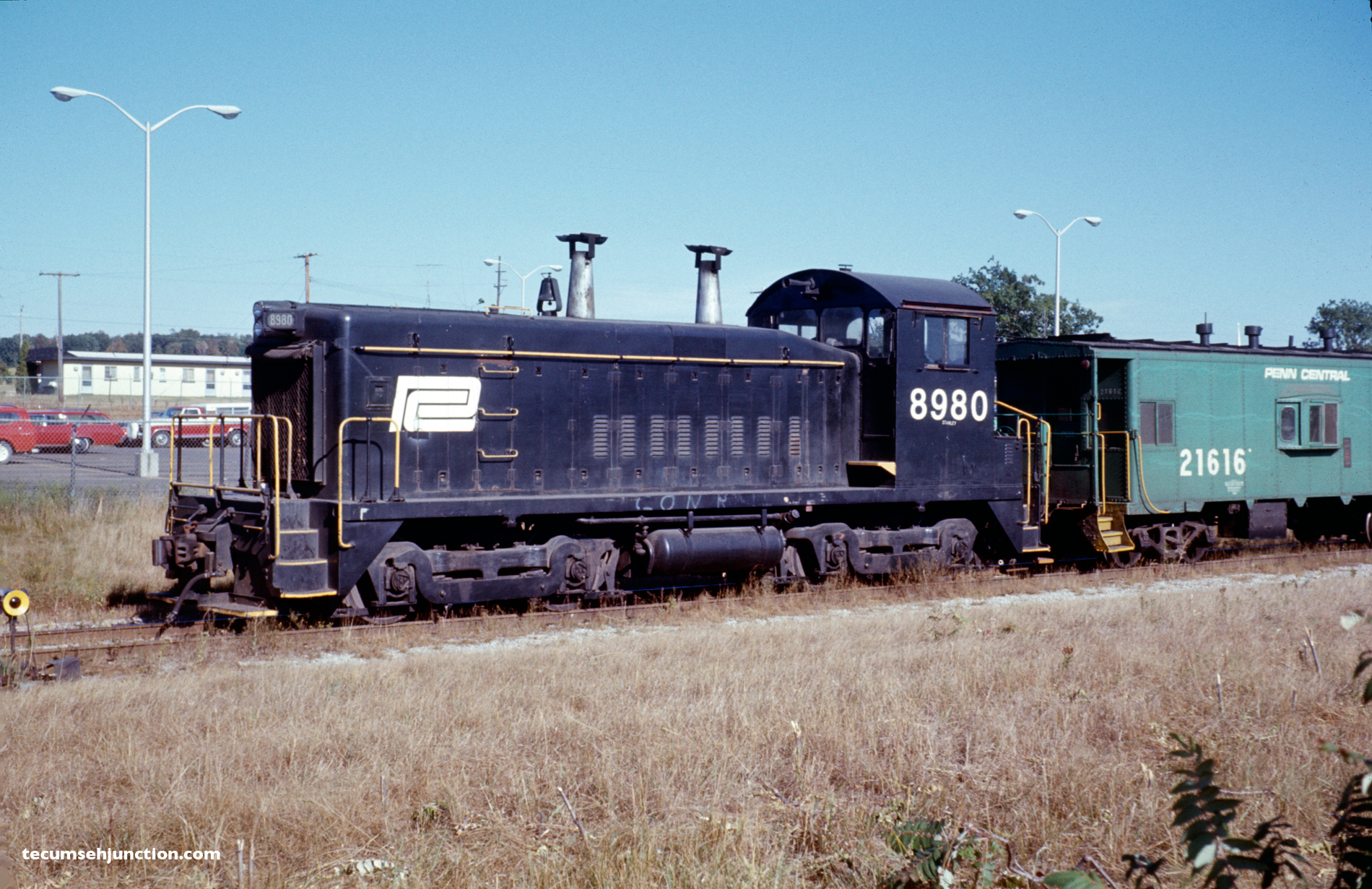 Conrail had been in existence for four months already in August 1976 when Edward Hodges photographed equipment for the Conrail Clinton Local behind the Budd Company plant at Clinton, Michigan. Yet the equipment is still in untouched Penn Central paint, a small “CONRAIL” chalked on the frame of EMD SW9 #8980 (built for the New York Central Railroad in 1953) being the only nod to the new order.

Switching locomotives were common on the Clinton Branch at the time, but N7A caboose #21616 was an unusual visitor to the line—normally an ex-New Haven NE-5 class caboose would be assigned.