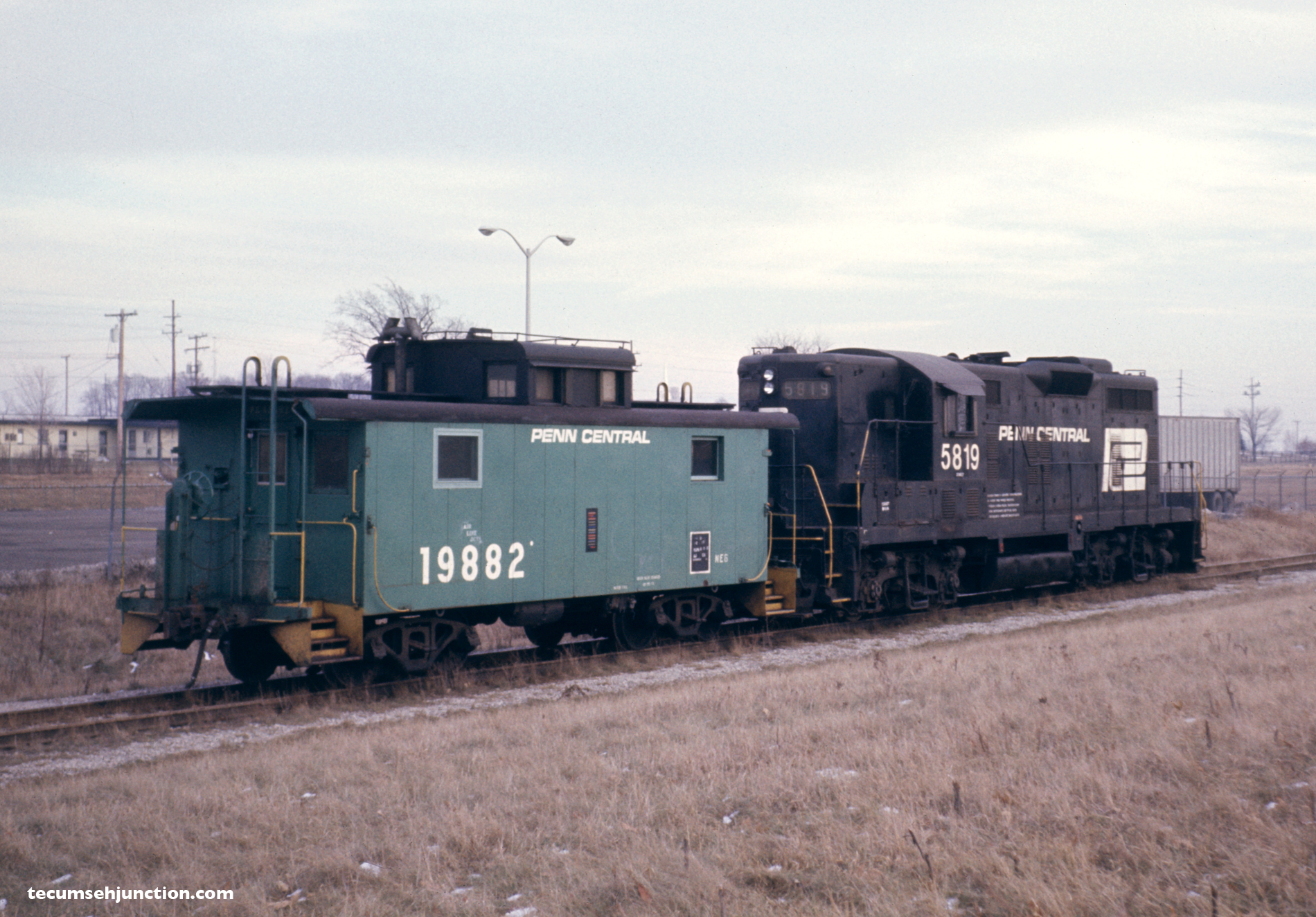 It’s Conrail’s seven-month anniversary, 01 November 1976, but not much has changed on the Clinton Branch. Ed Hodges photographed GP-7 #5819 and caboose #19882 in the full colors of Conrail predecessor Penn Central on the Budd Company siding just south of Clinton, Michigan. The duo is awaiting to call to duty, ready to run south to Lenawee Junction and return.

GP-7 #5819 is a bit of a rarity. The locomotive was built by GMD in London, Ontario, Canada in March of 1951 for the Chesapeake and Ohio Railroad as #5721. It was sold, along with several sister locomotives, to the New York Central Railroad in January 1956. The locomotive remained on the roster through Penn Central and into Conrail. Conrail retired the engine and sold it to the Precision National Corporation in October 1979.