Photo day—SC-1 on the Academy curve 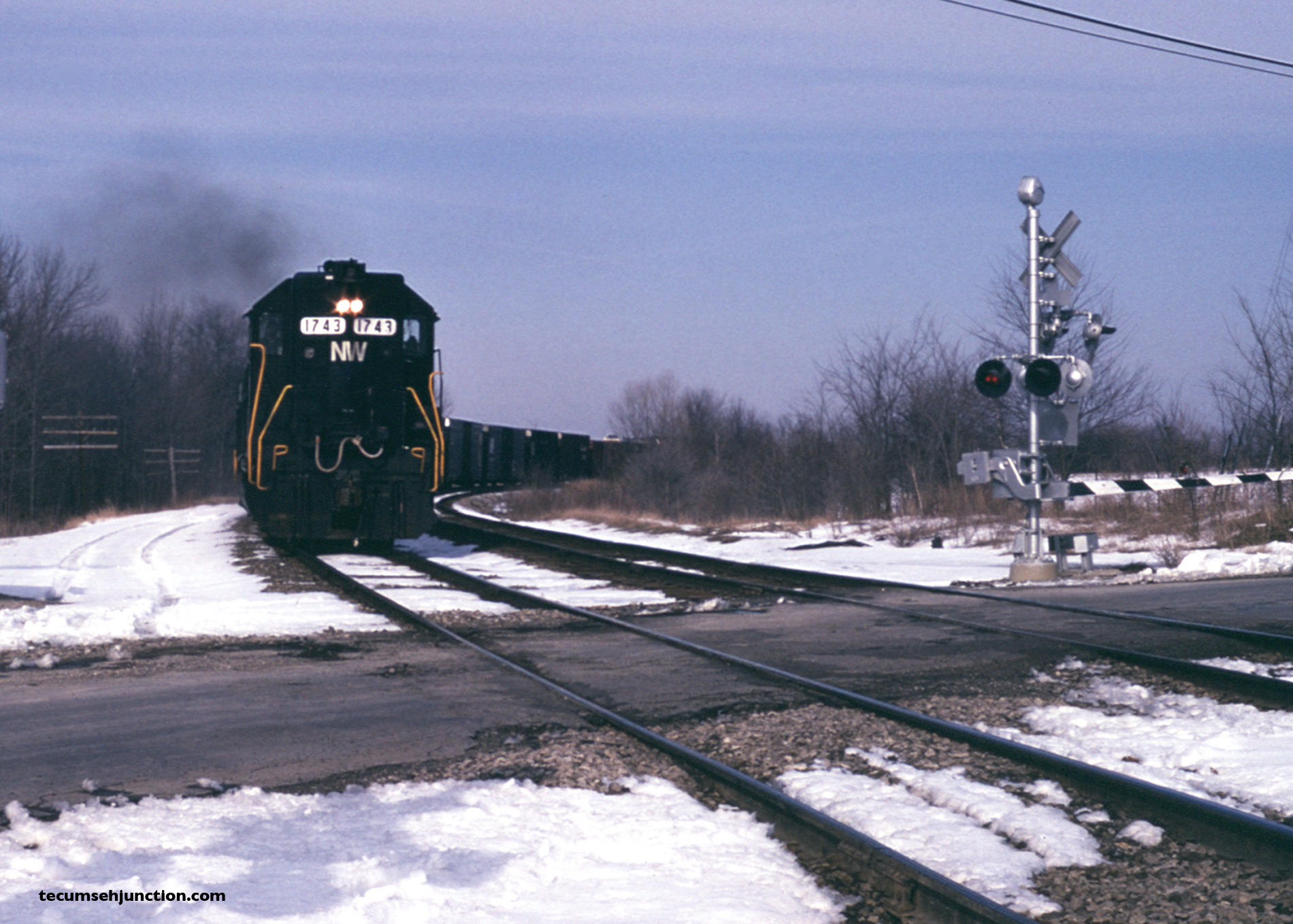 The Michigan winter of 1981–82 was a long and hard one. Signs of winter remain on the spring afternoon of 08 April 1982 as Norfolk & Western Railway train SC-1, the “Super Charger” from Detroit to Kansas City, rounds the curve into Adrian, blowing its horn for the Academy Road crossing.

Not much has changed at this location today (link to Google maps below). Double-track remains, only the line poles to the left have disappeared. Yet the railroad is now operated under the Norfolk Southern banner, and there’s not an SD45 to be seen.