“Big Ones” at Walbridge, Ohio 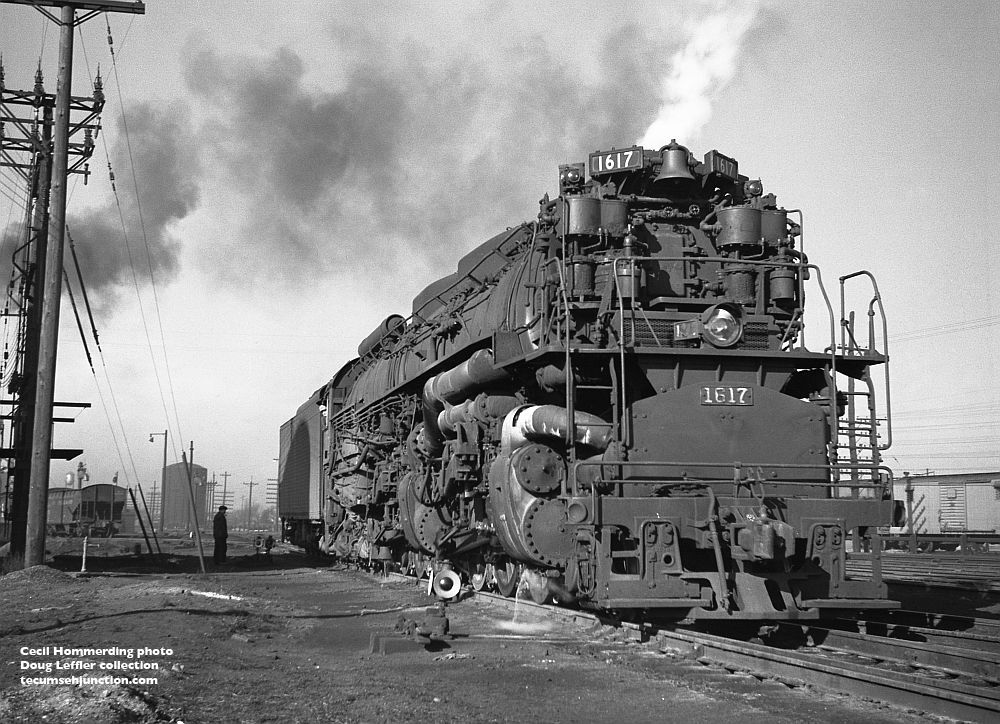 Attached are several images shot by my late friend, Cecil Hommerding, during one of his railfan outings to the Toledo, Ohio area. The photos show Chesapeake and Ohio Railway “Allegheny” 1617 working coal hoppers at C&O’s yard in Walbridge, Ohio. There was no date on the negative envelope, but I suspect the photos were shot about 1950. Cecil was aware of the impending dieselisation of most railroads and he spent those early 1950s photographing steam whenever possible.

Cecil wrote a short notation on the negative envelope: “big ones,” and indeed the 1600’s were BIG! The views attached show just how big 1617 was. The Earth must have literally shuddered, every time the big engine switched those hopper cars. The first view below shows slight camera movement, so Cecil must have been “shook” by the tremendous bark and tremble of the exhaust. One can almost feel it from looking at those images!

Cecil was always a very gregarious individual and he made friends wherever he went. Engine crews were no exception. Take note that he took the time to record those crewmen at work with his Yashica twin-lens reflex for posterity!

I’m also attaching a shot that I took a couple of years ago of older sister, 1601, which was preserved for the ages at Henry Ford Museum in Dearborn, Michigan. An up-close view of one of these magnificent machines in person is quite the experience. Think what an experience Cecil had in Walbridge, seeing an actual work-a-day Allegheny locomotive in action, eh? 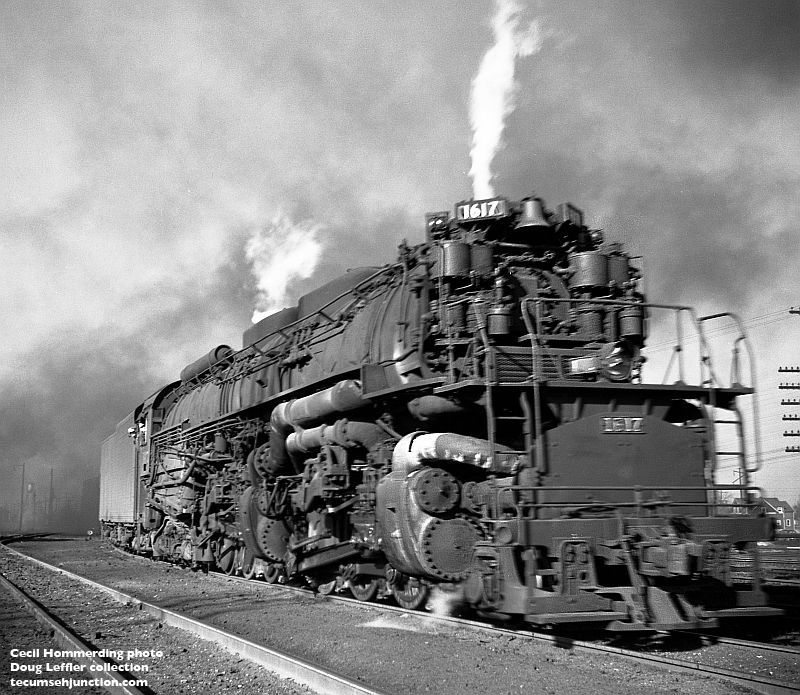 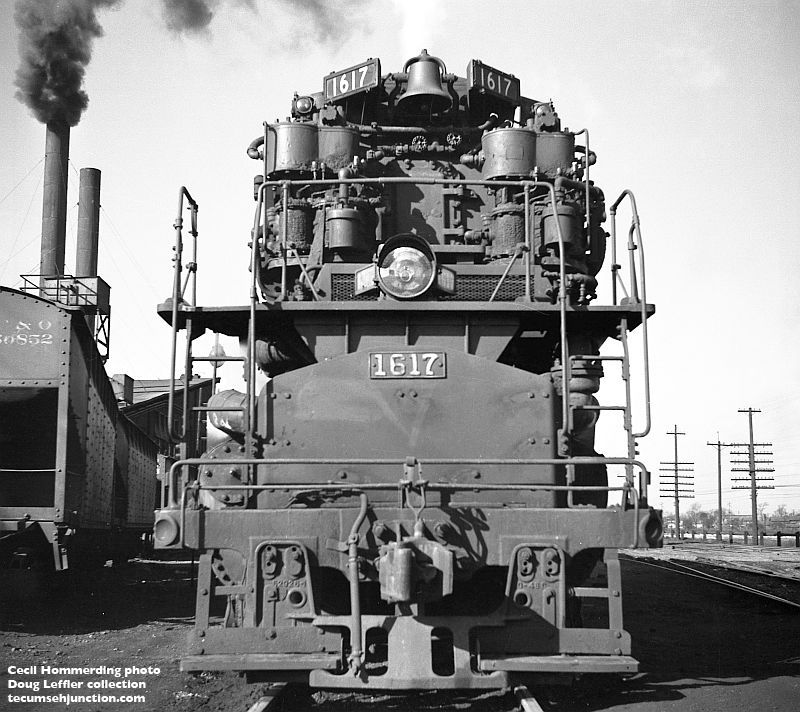 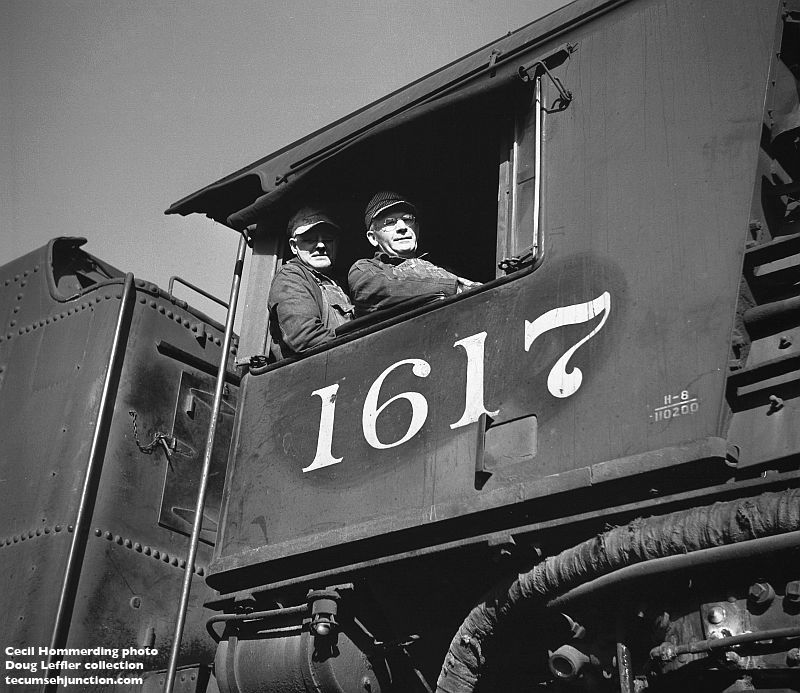 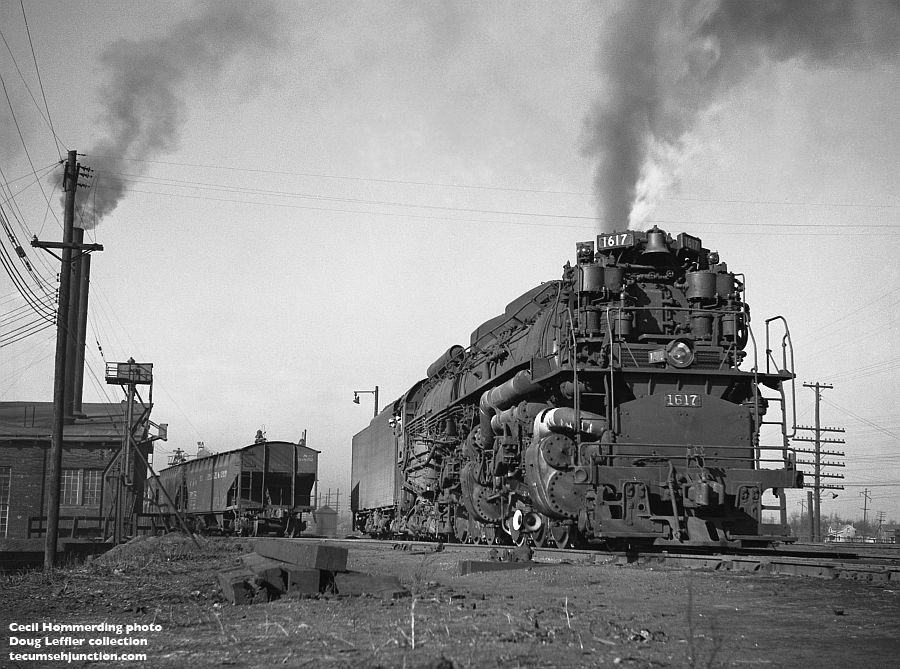 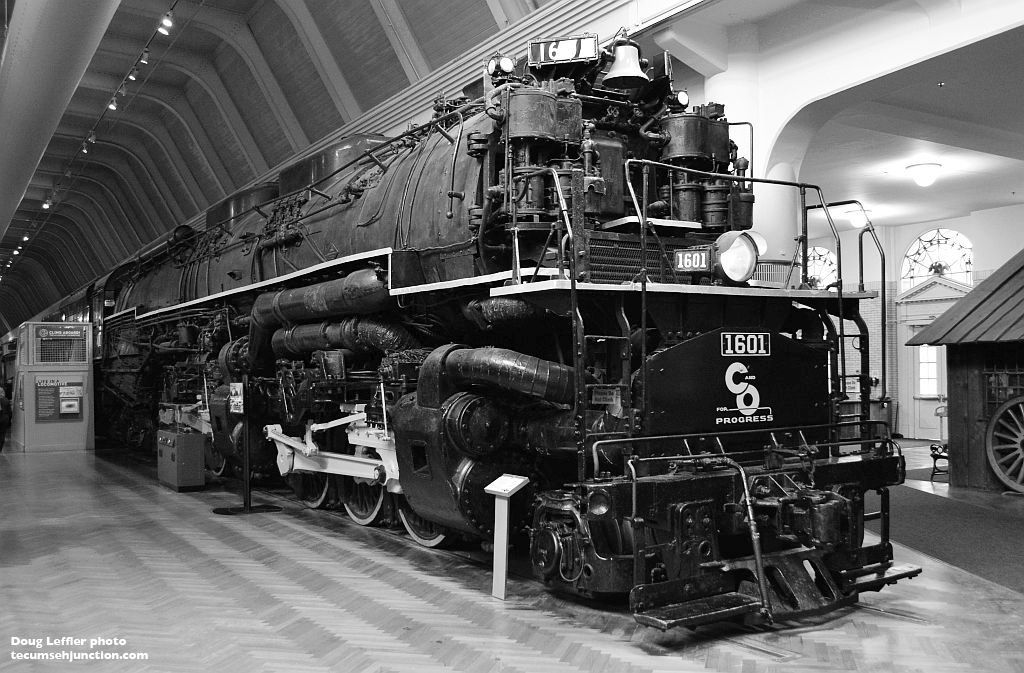