This series of photos of the northbound Conrail local at Raisin Center, Michigan was taken by Edward Hodges in the late afternoon of 09 December 1981. On a banked curve, the train slowly approaches the home signal guarding the diamond crossing with the Norfolk & Western’s Detroit-Montpelier main line. The train receives a green signal and proceeds slowly onward towards Clinton.

In 3 months’ time, the line will be closed to freight service. Yet on this day there appears to be a decent amount of freight. Alas, the three covered hopper cars are just along for the ride, having been picked up along the way, and will be returned to Toledo on the southbound trip. Behind them are two gondolas of logs for Tri-County Logging and a flatcar of lumber for Pallox, both located in Clinton.

The bleak landscape reflects the bleak future of the Clinton Branch. 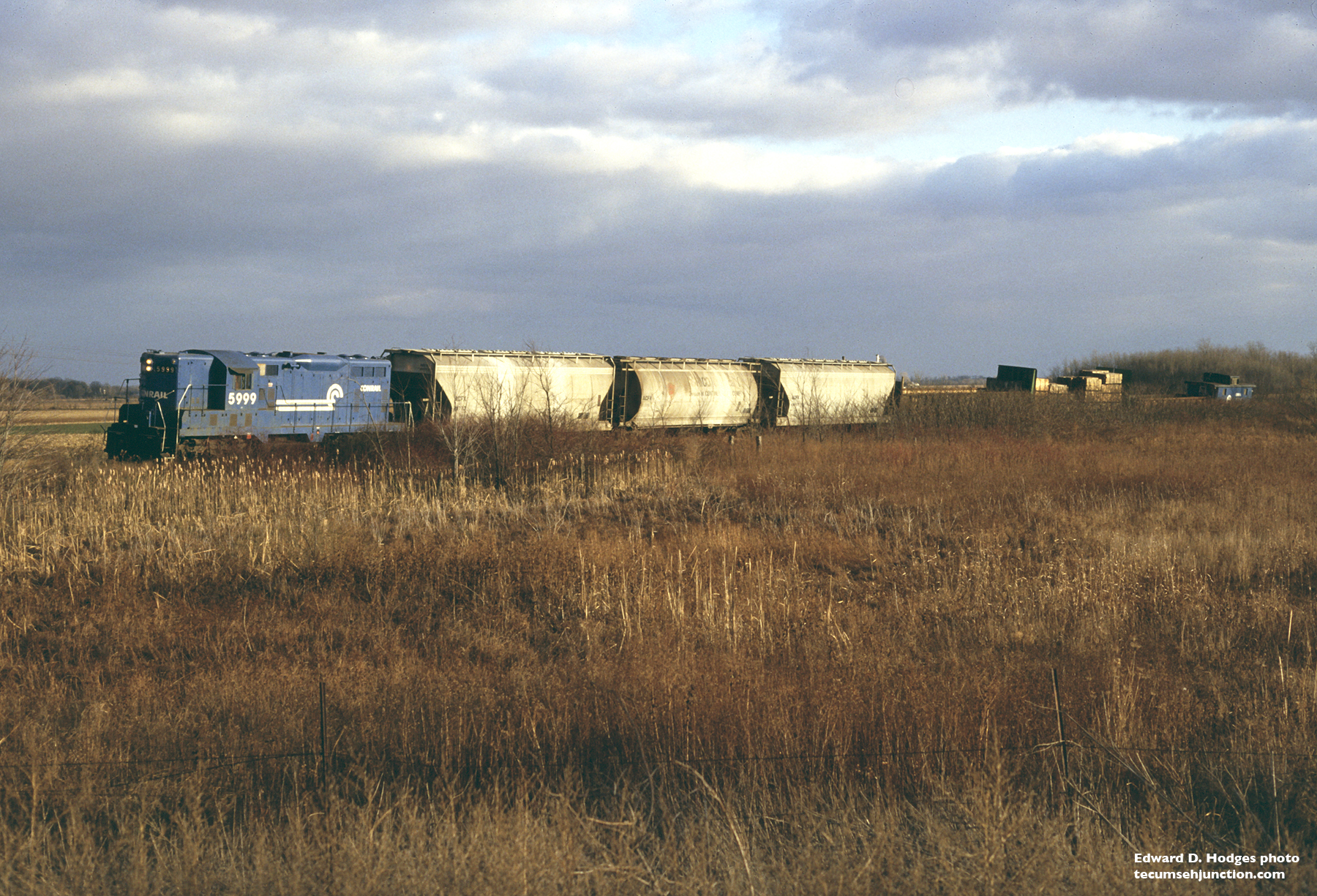 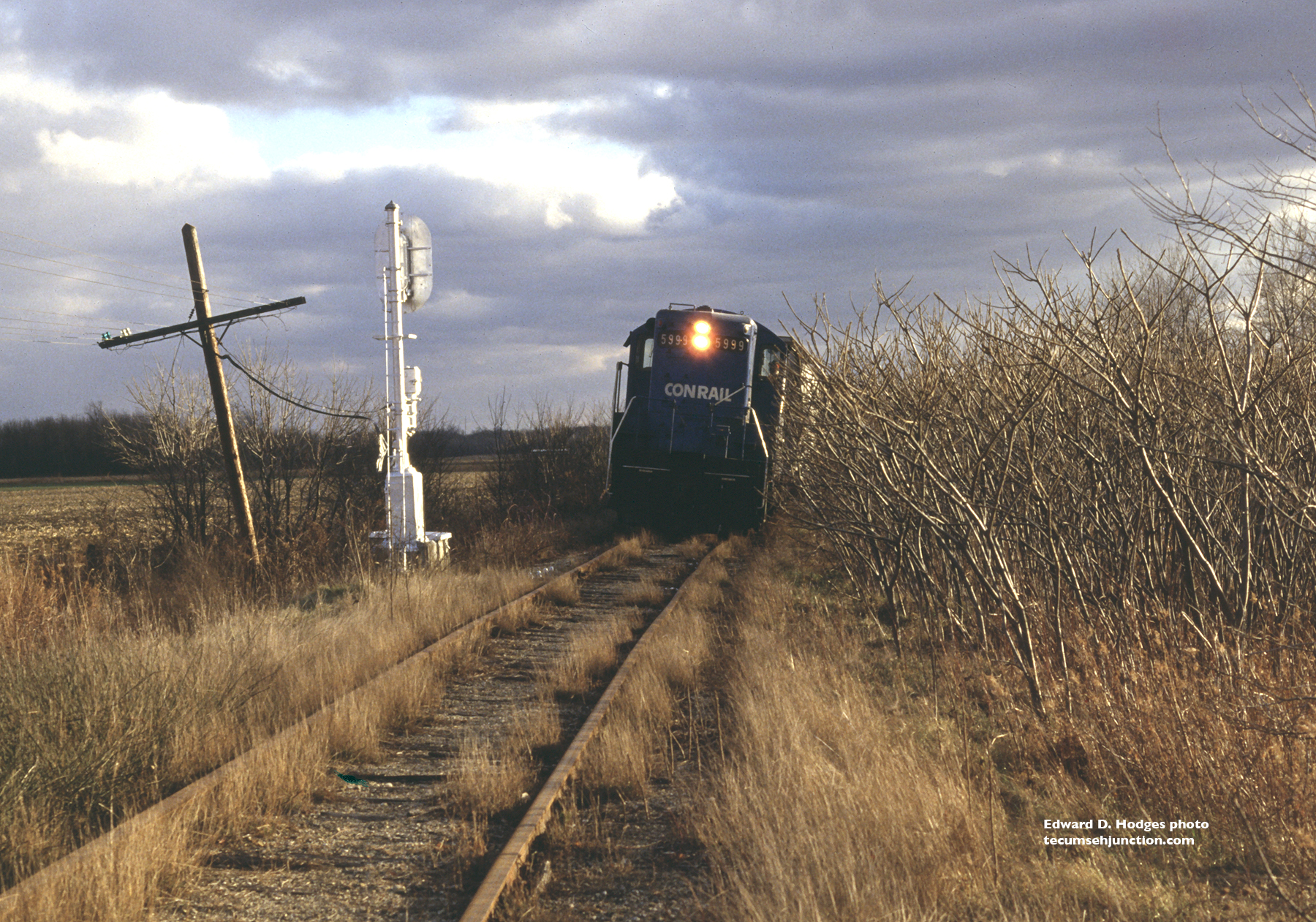 Conrail 5999 slowly passes the home signal for the Raisin Center, MI crossing of the N&W. The home signal is a Wabash-style apparatus, reflecting that this interlocking was maintained by the Wabash, and later the N&W. This curve shows its superelevation, a reminder of the days when passenger trains were allowed to travel at 60 mph on this line. (09 December 1981) 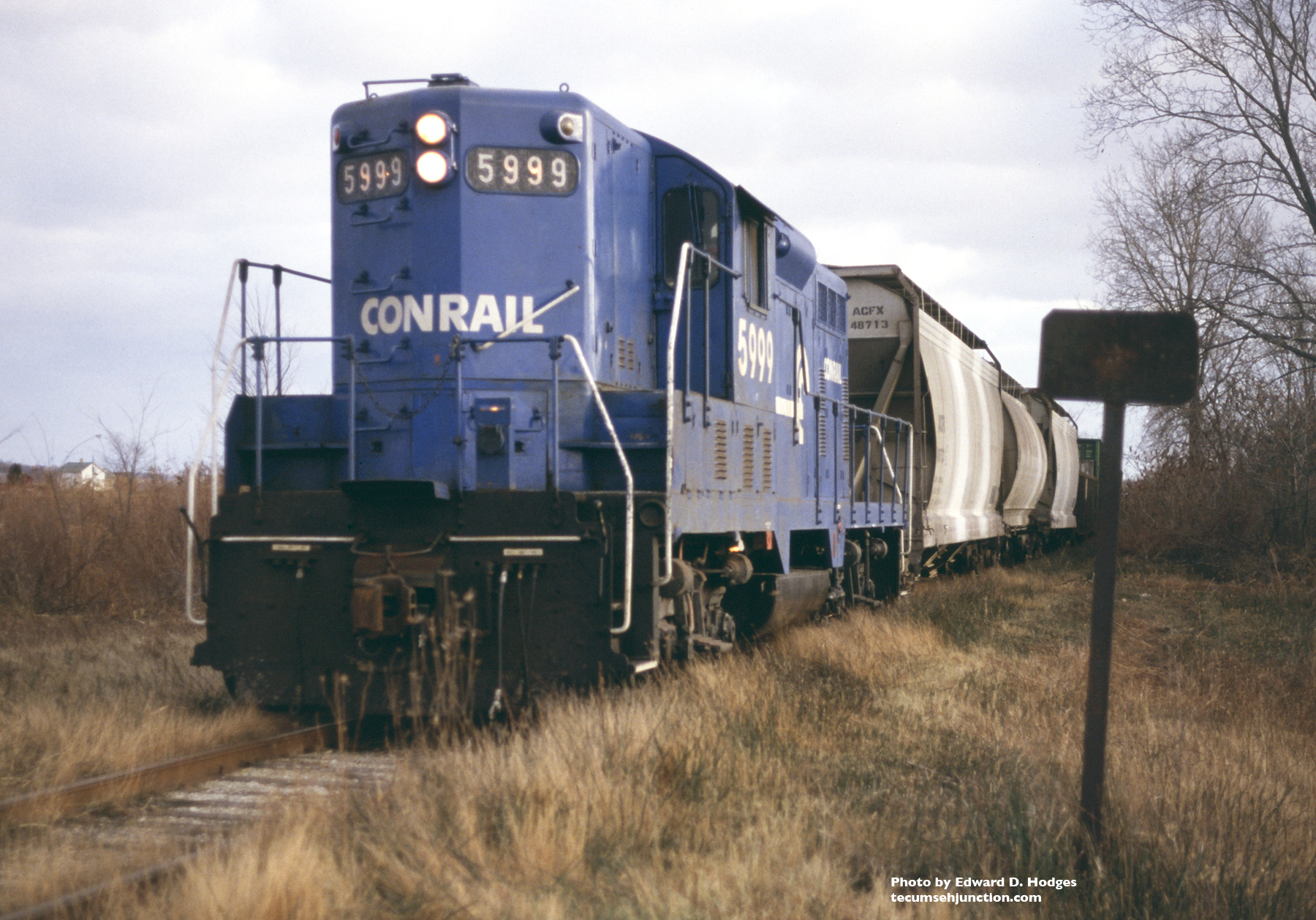 CR 5999 is blowing its horn as it approaches the Labardee Road crossing. The old metal sign on the right once warned trespassers. (09 December 1981)