The NYC depot at Morenci, Michigan 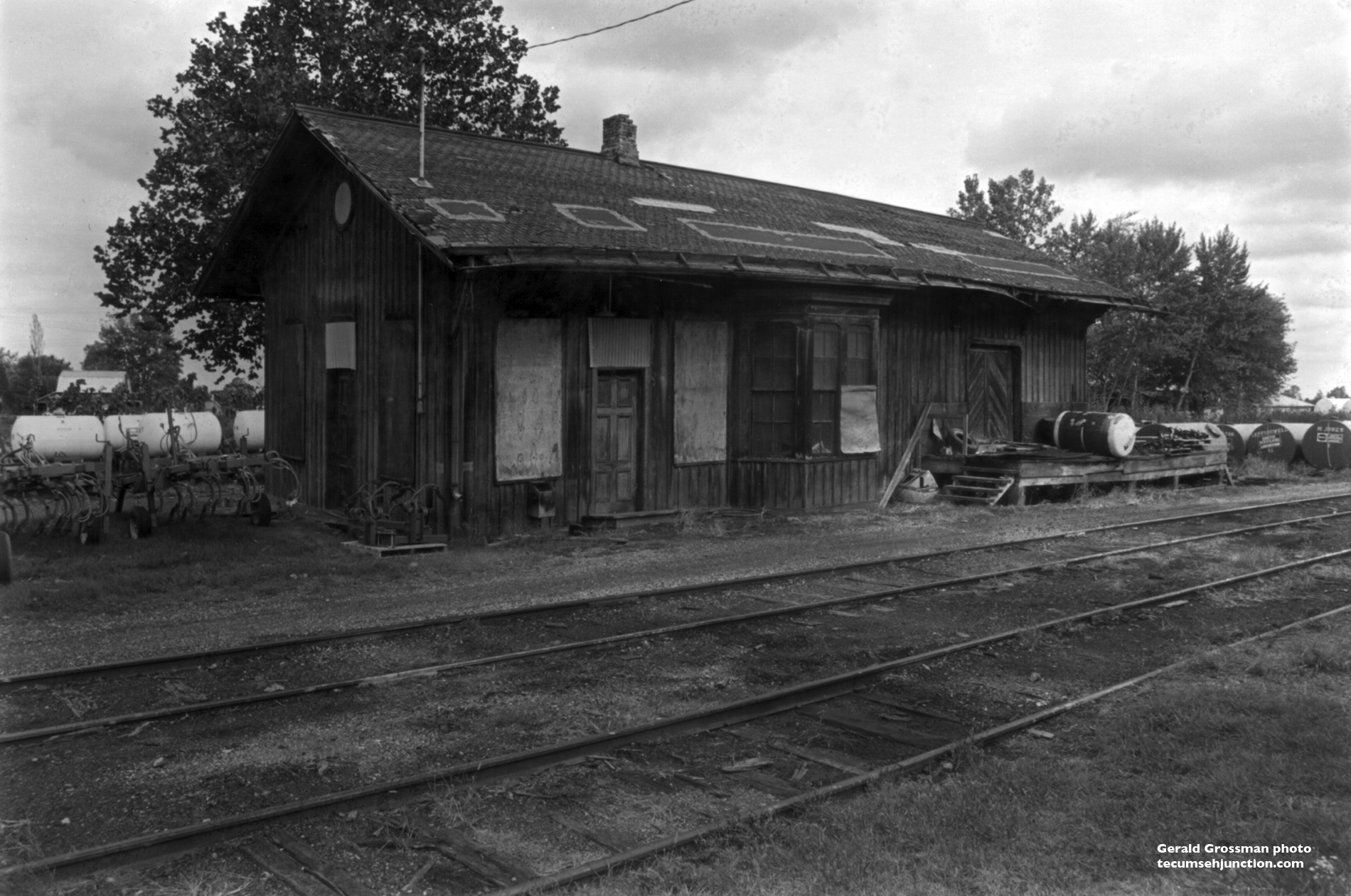 The Morenci depot as photographed in October 1976. Gerald Grossman photo.

This article was originally printed in the April-May 1984 edition of The Cross Tracks, newsletter of the Southern Michigan Railroad Society.

As the Summer of 1979 drew to a close, the end of the line was reached for the former Chicago & Canada Southern Railway.Depot at Morenci, Michigan. The people at Smith-Douglas Fertilizer, owners of the depot, dismantled it that fall. The salvageable lumber was used to rebuild a local farmer’s barn that had been gutted by fire.

In recent years, the depot had been allowed to deteriorate to the point of near collapse. Even with all the windows boarded over, an interior inspection revealed that the freight storage room and attic were well lit through numerous holes in the roof. According to one employee, the snow inside the freight house was at times almost as deep as the snow outside. Smith-Douglas used the building primarily to store old records. The depot is similar to other small town combination stations in the Midwest in that the floor plan provides for a ticket office flanked on one side by a passenger waiting room and on the other by a freight storage area. Decorative features used are few in number. However, small roof support brackets, circular attic windows and a rounded bay window were added to break the monotony of this simple gable-roofed structure. 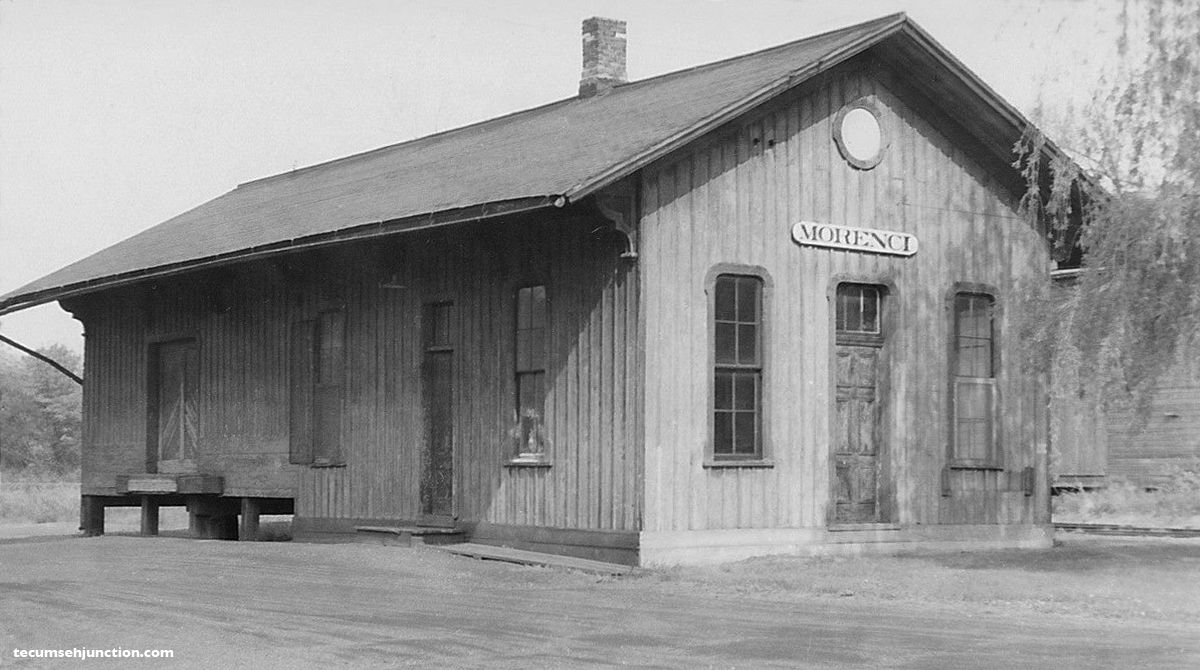 Morenci is located in the southwestern corner of Lenawee County and was the end of track for a branch line running southwest from Grosvenor, Michigan. The line was originally built as a part of a grandiose plan by the Canada Southern Railway to link Suspension Bridge, Ontario with Chicago via a ferry and bridge operation at Grosse Ile, Michigan. By 1872, trackage had been built southwesterly from Sloan Junction, west of Grosse lIe, to Fayette, Ohio. The panic of 1873 stopped all construction and no track was laid west of Fayette. In the late 1880’s, train operations ceased east of Grosvenor and several years later, a portion of the line between Dundee and Trenton was picked up by the Detroit &. Lima Northern (later a part of the DT&I).

According to a 1905 Lake Shore & Michigan Southern Railway employee timetable, the line was served six days a week by a pair of locals. The 24.7 miles from Grosvenor to Fayette was covered by train #328 in 55 minutes for an average speed of 26.9 miles per hour. Train #317 was a bit slower and required 2 hours and 38 minutes to cover the distance. Average trip speed—9.4 miles per hour. 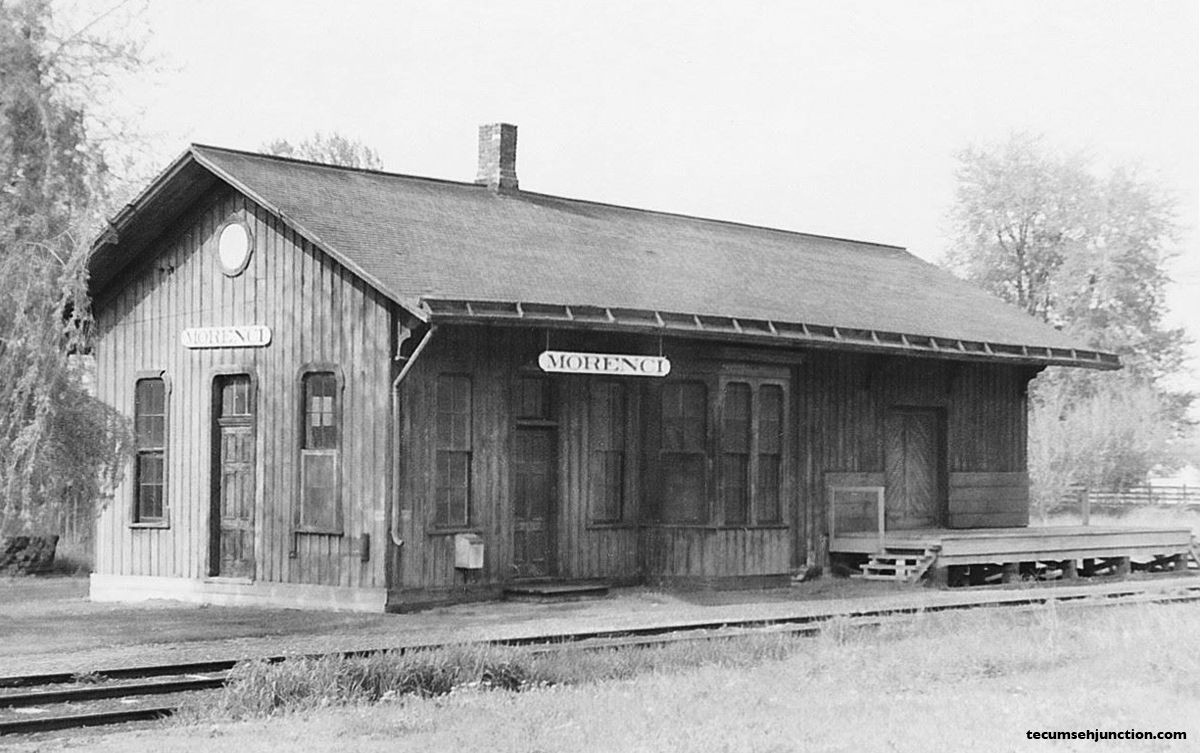 The Morenci Branch has survived into the 1970’s and in 1974 was classified as potentially excess trackage by the Rail Services Planning Office. In 1975, the United States Railway Association examined this line for possible inclusion in the Conrail system. Following its investigation, the USRA recommended that the Morenci Branch be excluded from the Conrail system. The line is now operated by the Lenawee County Railroad pursuant to section 403 of the Regional Rail Reorganization Act of 1973.

Source note: Historical data concerning the Morenci Branch was taken from an article entitled the History of Railroads in Lenawee County by Major Bird, which appeared in the May-June 1976 issue of The Inside Track.

Editor’s note: The line to Morenci was scrapped shortly after the LCRC ceased operations on 30 October 1990. 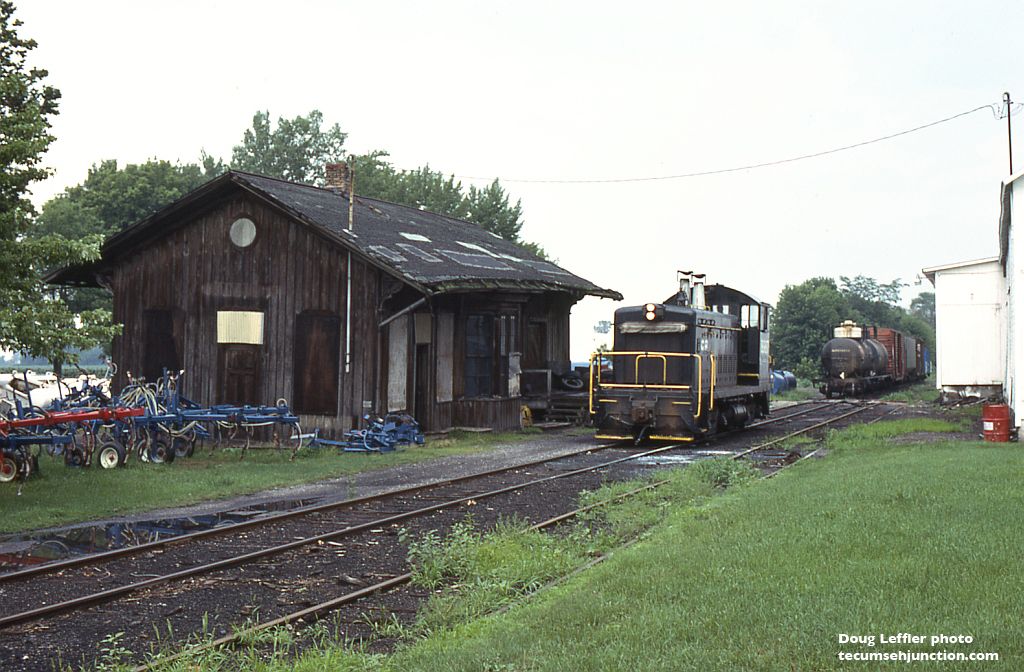 Morenci was served by Conrail in a brief period from 1976-77. The line was not included in the Final System Plan for Conrail, but the State of Michigan subsidized continuation of service by Conrail as a designated operator. Conrail was replaced as the designated operator on 01 October 1977 by the Lenawee County Railroad Co. Doug Leffler photo, used with permission