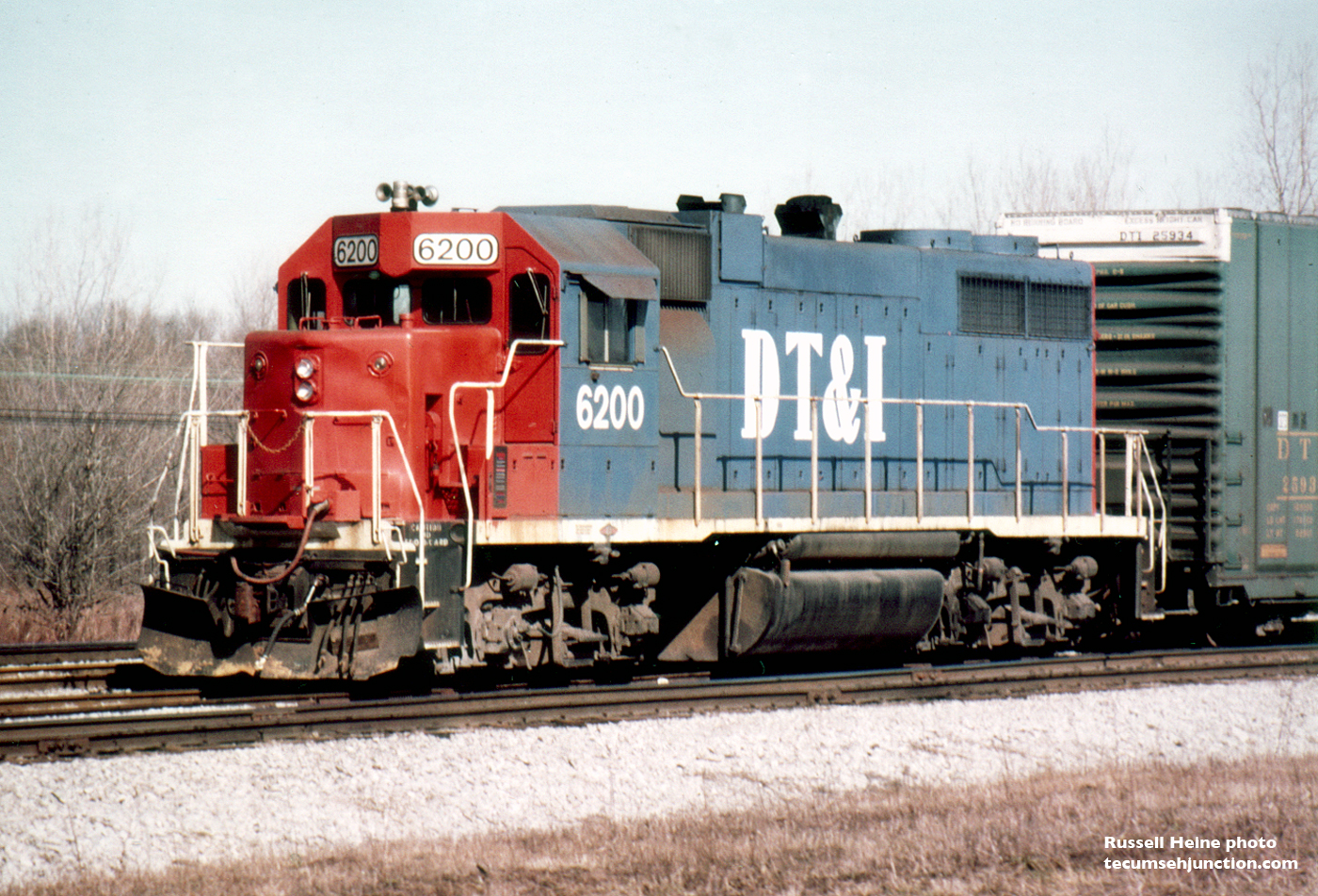 The unit wears an interim paint scheme following the DT&I’s purchase by the Grand Trunk Western Railroad in 1980. Units were renumbered into the GTW number series (this engine was DT&I #200) and painted in GTW colours, but still retained DT&I lettering. Early repaints had the DT&I “starburst” logo, but later some units received block lettering (presumably the stock of starburst decals ran out).

In December 1983 the DT&I was completely assimilated into the GTW, and this practice ended.

DT&I #200 was built in January 1966 for the DT&I. It was later sold by the GTW to RTEX (Rail Trusts Equipment Incorporated) and was photographed as late as 2015 in Winnipeg, MB.

This photo originally appeared in the April-May 1984 edition of The Cross Tracks, newsletter of the Southern Michigan Railroad Society. Russell J. Heine (1924-2007) of Lima, Ohio was a regular contributor of stories and photos from the Lima area.