This is a passage from a letter by Christine Fowler Stout of Adrian, published in the October-November 1983 edition of the Cross Tracks, newsletter of the Southern Michigan Railroad Society: 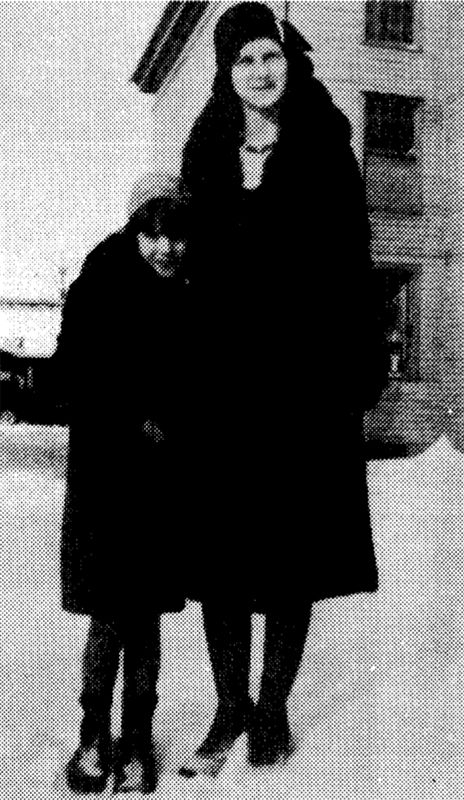 Virginia and Christine Fowler at Clinton, Michigan in December 1929.

I came to Michigan from Florida to see if things were better here than in Florida. I left my daughter with my sister in Marietta, GA until I could see if I could make it here. In December of 1929, when school was out for Christmas, my eight-year-old daughter came alone from Atlanta. She was in Toledo, OH before I could get there. She had spent all here change buying buttermilk, taking a sip, ran around, came back—milk gone!

We got back on the last train from Toledo to Clinton that ran in a week because of more snow that there has been since. (This was sometime from December 15 to 25, 1929.)

No bus from Chicago to Detroit would run for a week, either. There was so much snow that we couldn’t see across the street.

Enclosed is a picture of my daughter Virginia Fowler (Blair) an myself, taken at that time.

Much luck to your project, Christine Stout.