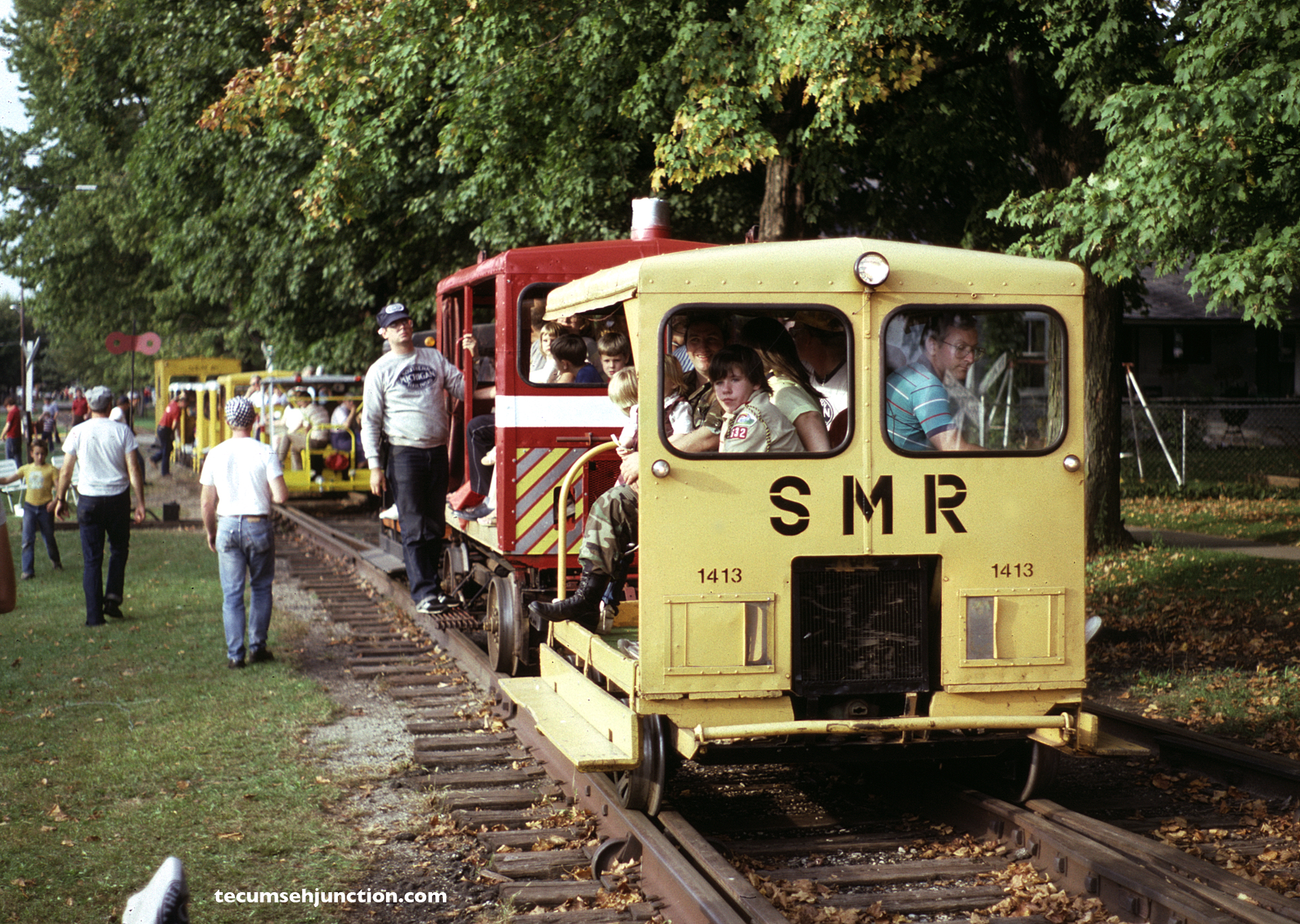 The parade is over, and the 1986 Clinton (Mich.) Fall Festival is coming to an end.

At the Southern Michigan Railroad, the day isn’t over. A crowd of parade-goers is now descending on railroad, ready to ride back to their cars, parked in Tecumseh.

In 1986 the SMR did not yet have a train, so members operated the shuttle service to Tecumseh using a collection of track motor cars. A holding area for passengers was set up across from the SMR museum building on Division Street, and society volunteers brought through a few passengers at a time to be seated on the motor cars.

Here the SMR’s first large motor car,  Fairmont A-5 #1413 (from the Norfolk & Western Railway), is taking the lead, pulling a large A-8 used as a trailer, with another A-5 at the rear. Beyond are individual motor cars, also used for the shuttle.

The fleet of cars will soon depart for Tecumseh to drop off their passengers, and quickly return empty to Clinton to pick up more.