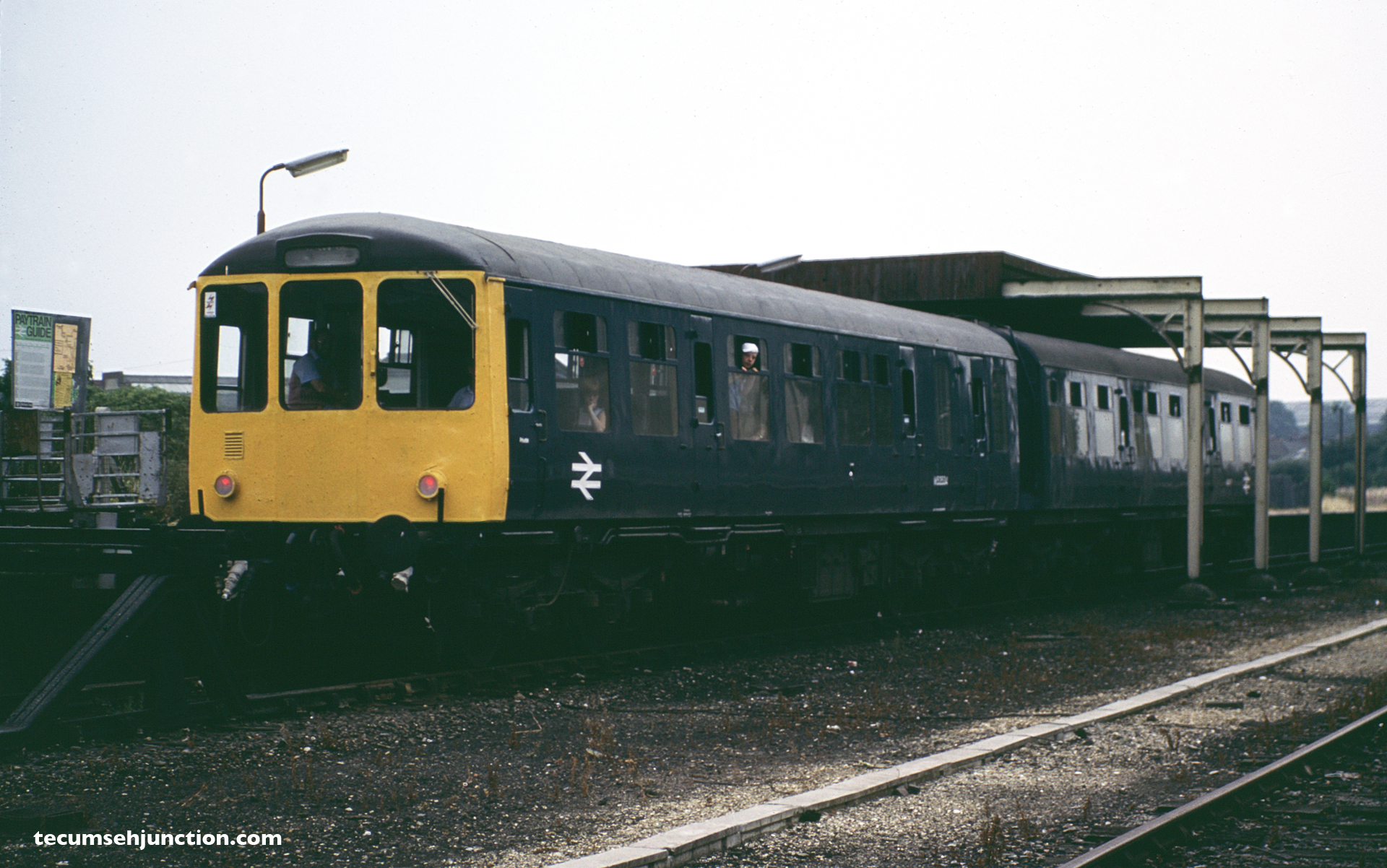 A two-car DMU stands at St Johns Station in Bedford, England on 26 July 1983. It will shortly depart for the nearby town of Bletchley.

Bedford St. Johns was a stub station at this time, with only one platform and the remains of a canopy. It was the first station in Bedford, lying on the Oxford to Cambridge line. The through route was closed to passenger services in 1968, leaving only the section between Bedford and Bletchley in service.

Services to Bedford St Johns were rerouted to terminate at Bedford Midland station one year after this photo was taken, in 1984. A halt named Bedford St Johns was built on the curve used to reach the station at Midland Road, and the original site was abandoned completely.

The lead car is M53534, a gangwayed motor open second brake, delivered as M50534 from the Birmingham Railway Car & Wagon Co. in the spring of 1958. It remained in service until 1990, when it was stored and later scrapped.