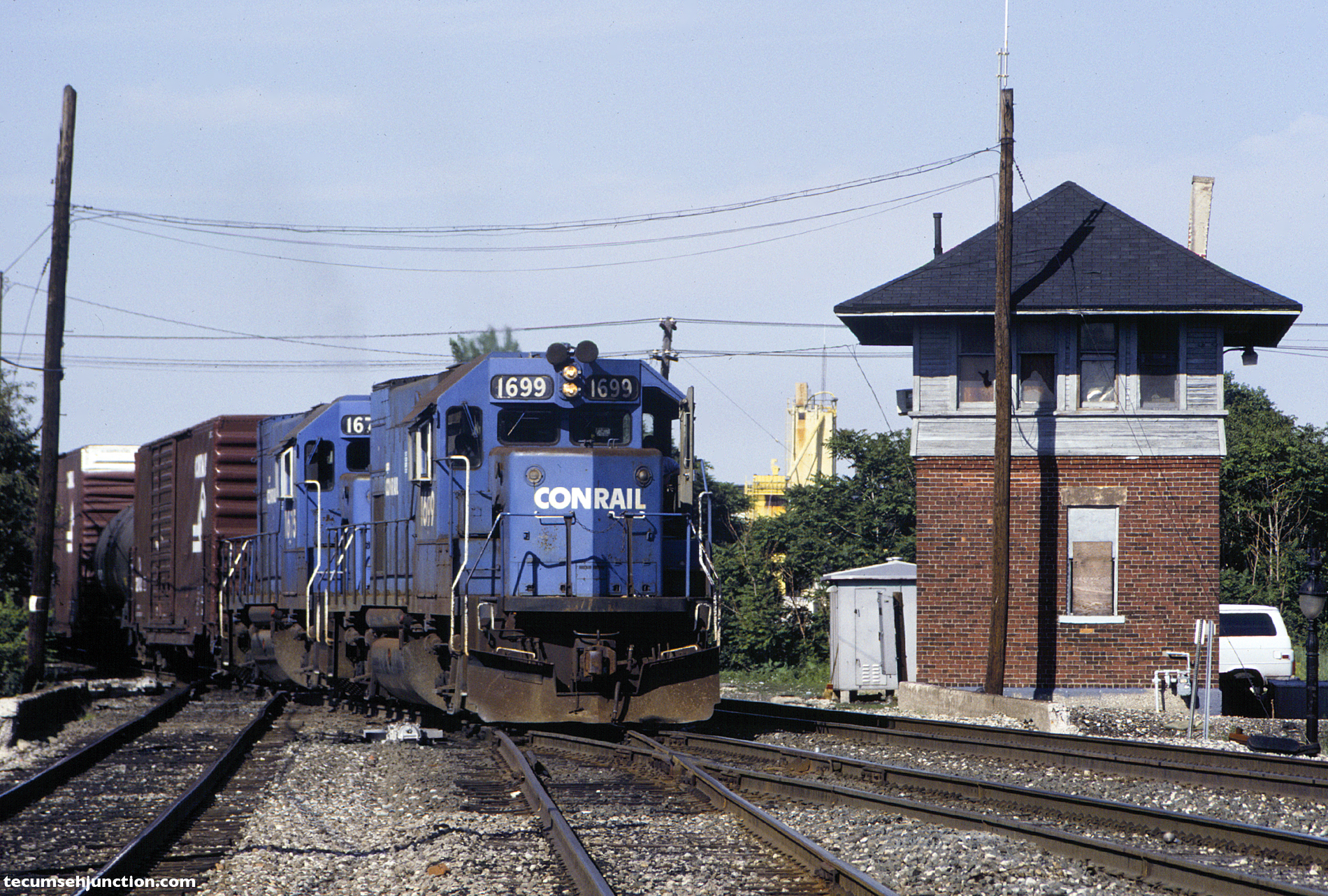 Conrail GP-15-1s #1699 and 1675 lead a southbound transfer run across the Grand Trunk Western diamonds at Beaubien Tower in Detroit, Michigan on 16 June 1990.

Beaubien Tower was located on the former-Michigan Central/New York Central Bay City Branch between West Detroit and Milwaukee Junction. The tower controlled the crossing of this line with the Grand Trunk Western’s parallel line along this same route, part of the Shore Line Subdivision.

The tower was closed in 1996 and subsequently demolished.

Conrail #1699 was built for Conrail in September 1979, and later served successor Norfolk Southern as their #1457. The unit later went to LTEX (Larry’s Truck and Electric Service) with the same number and was still active in 2017.