Photo day—Switcher on the bridge 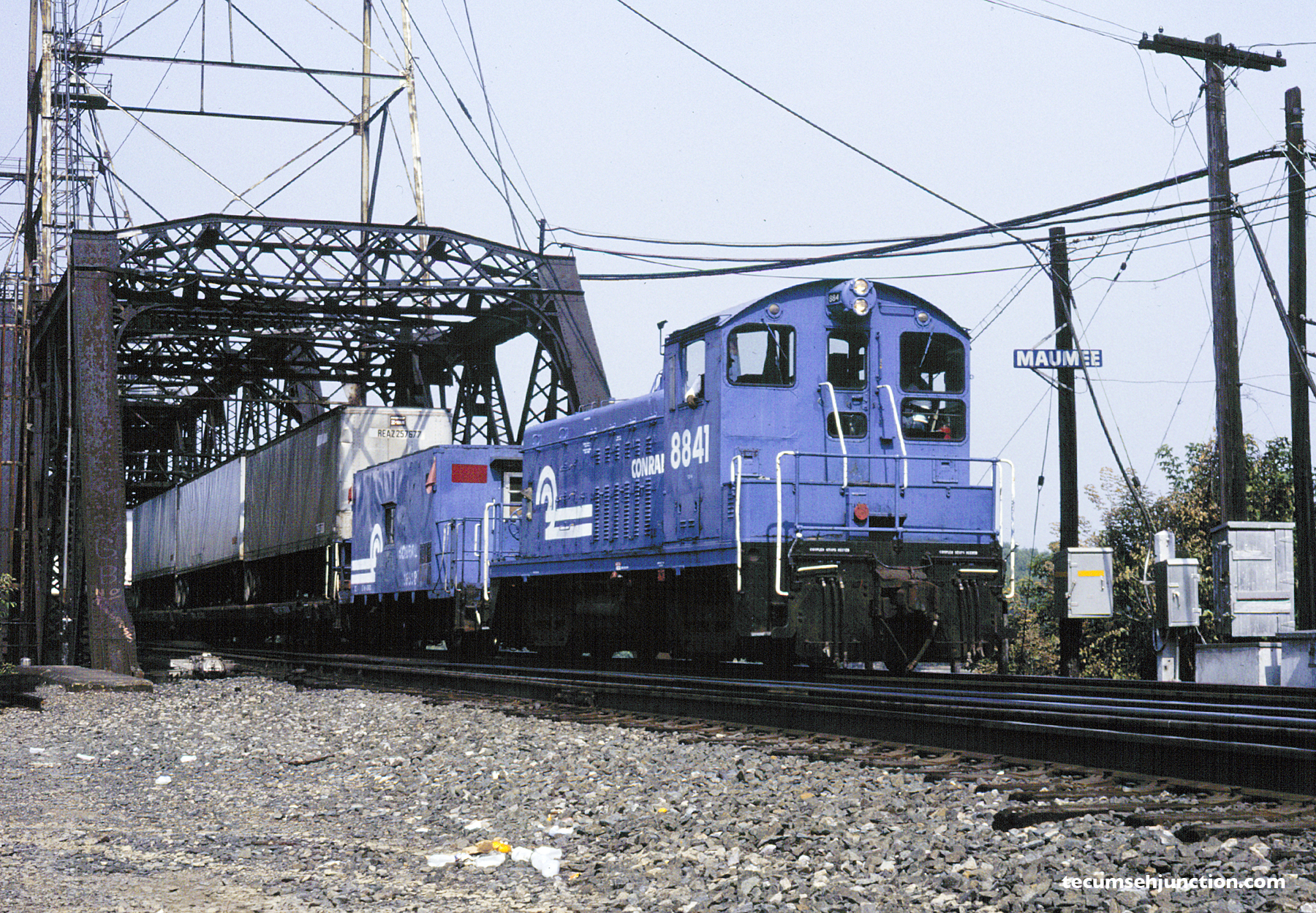 At this time Conrail had an intermodal ramp on the Toledo Central Union Terminal property, and these cars, having been loaded there, are being taken across the river,  probably to Stanley Yard. They will be switched onto a main line train for furtherance out of town.