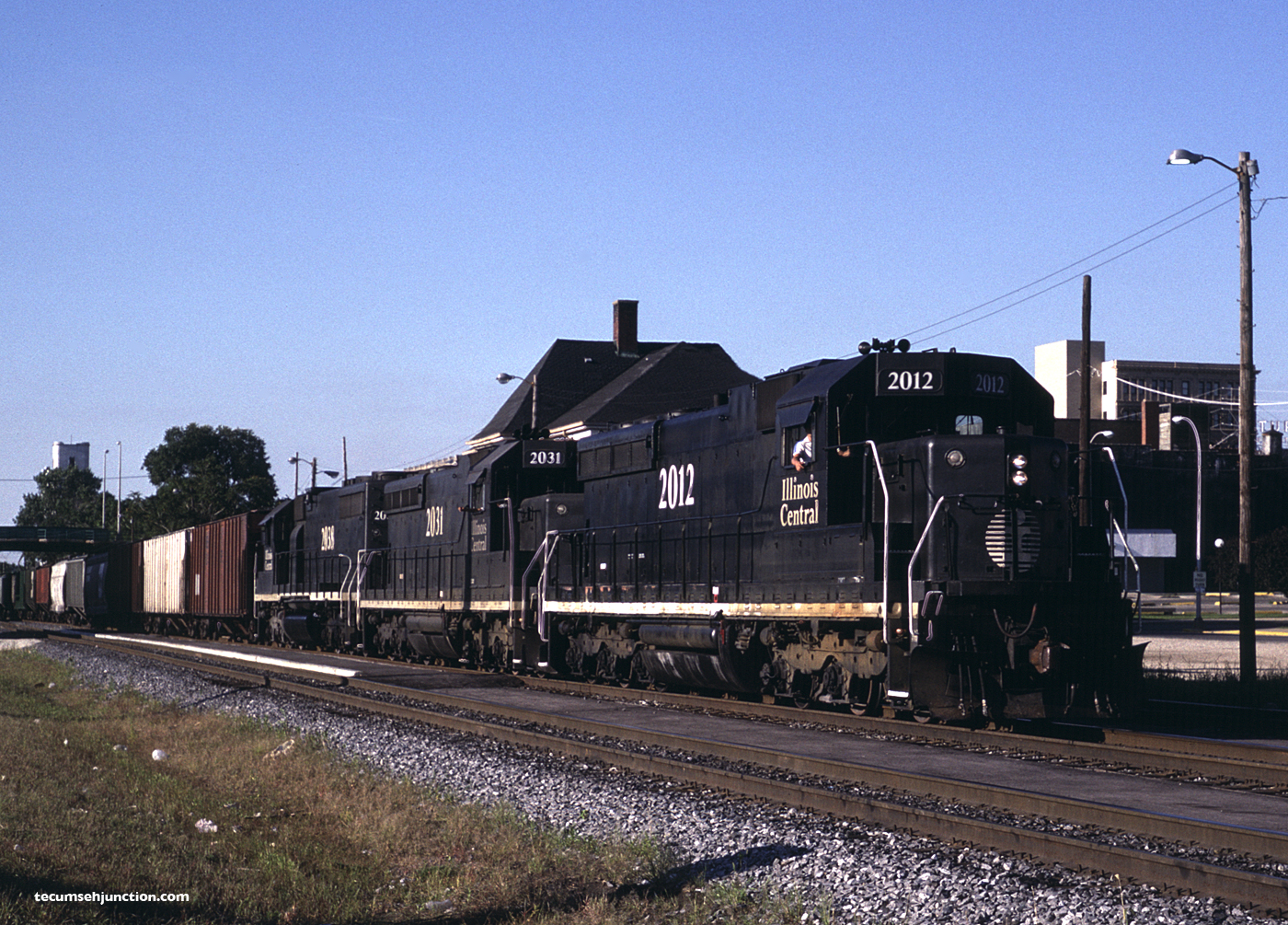 On the warm summer afternoon of 09 August 1990, Illinois Central Railroad SD20 #2012 leads sisters #2031 and #2038 past the Kankakee, Illinois Amtrak depot on a southbound grain train. Lead locomotive #2012 was originally built for the Southern Railway as #2522, an SD24, and was later purchased and rebuilt by Illinois Central Gulf. It later went through several owners before ending up with the Wisconsin Southern Railroad as #2054. The most recent photo of the locomotive I could find is dated 8 November 2007, and the WSOR lettering is painted out. Was it scrapped after this, or does it live on somewhere?