Bryan, Ohio, located on Conrail’s ex-NYC main line in western Ohio, was a regular place to visit in the mid to late-1980s.

Together with friends who volunteered on the Southern Michigan Railroad at Clinton, Michigan, it was common for us to set out after train service ended at 5:30 p.m. on a Saturday. We’d drive down to Bryan, first have dinner at Lester’s Diner*, and then drive to the parking lot of the Amtrak station to watch the trains passing until midnight. There would be one train after another, and about 10 p.m. there would be a visit by Amtrak’s eastbound “Lake Shore Limited”.

It was a great opportunity to talk with friends and other railfans, and also with John Marquis, who was Amtrak’s station caretaker as well as a railfan and owner of the wooden LS&MS depot across the tracks. The trains hadn’t stopped when midnight arrived, and it was time to go home.

After I left the SMR in 1988, it was a few years before I visited Bryan again, due to moving several times, ending up in Ann Arbor.

In August 1990, my friend Tom Beauvais suggested a return visit, and we hopped in his white Mustang and went back down to Ohio. A productive afternoon of train watching followed, in Byran and east and west of the town. Some of the photographic results of that afternoon are presented below.

It turned out to be my last visit to Bryan, as in April 1991 I moved to Iowa, and later to St. Louis and then to Poland. Looking at these photos nearly 20 years later, I can see what a great place it was for railfanning, and how much diversity existed in terms of motive power and train types. 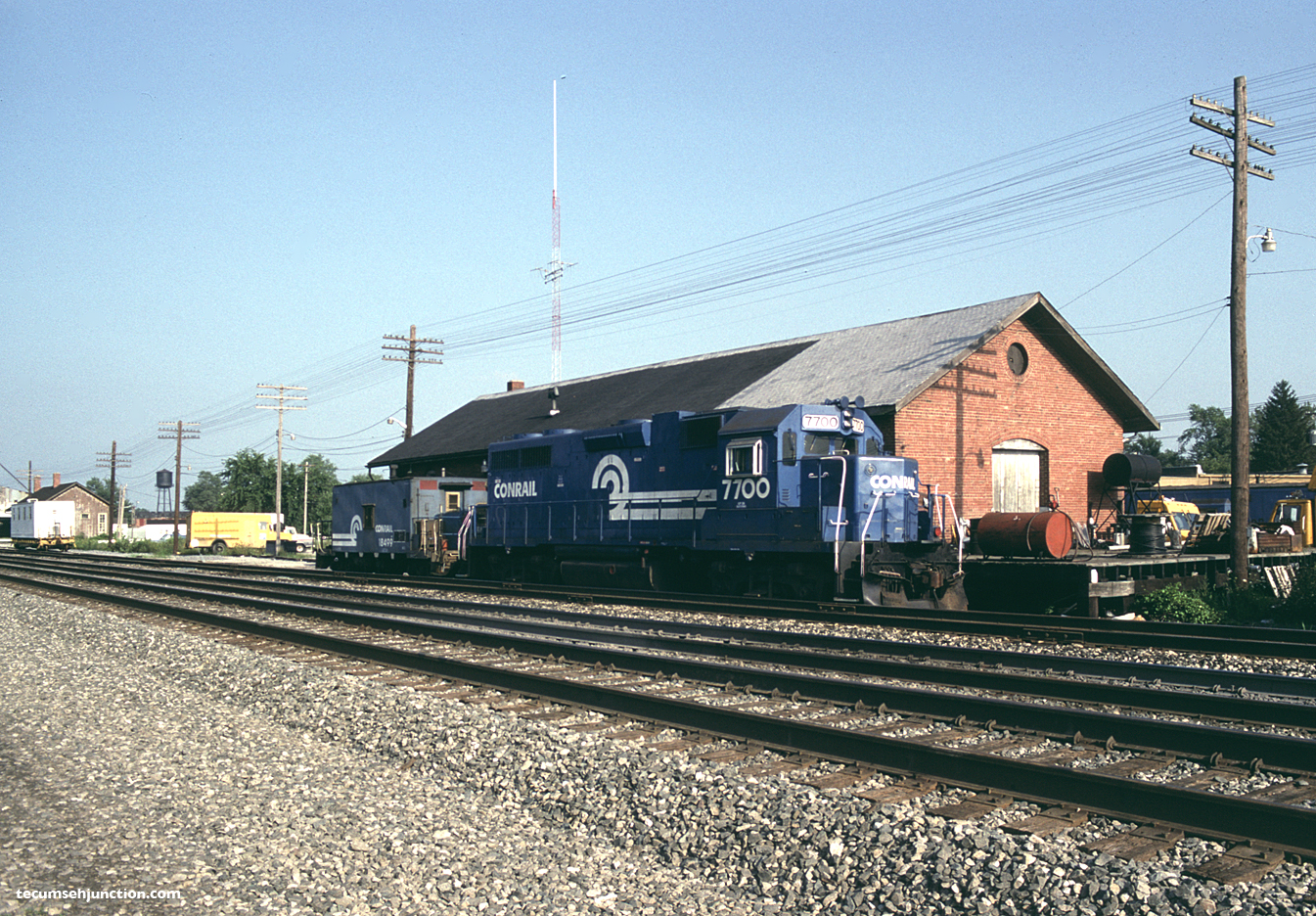 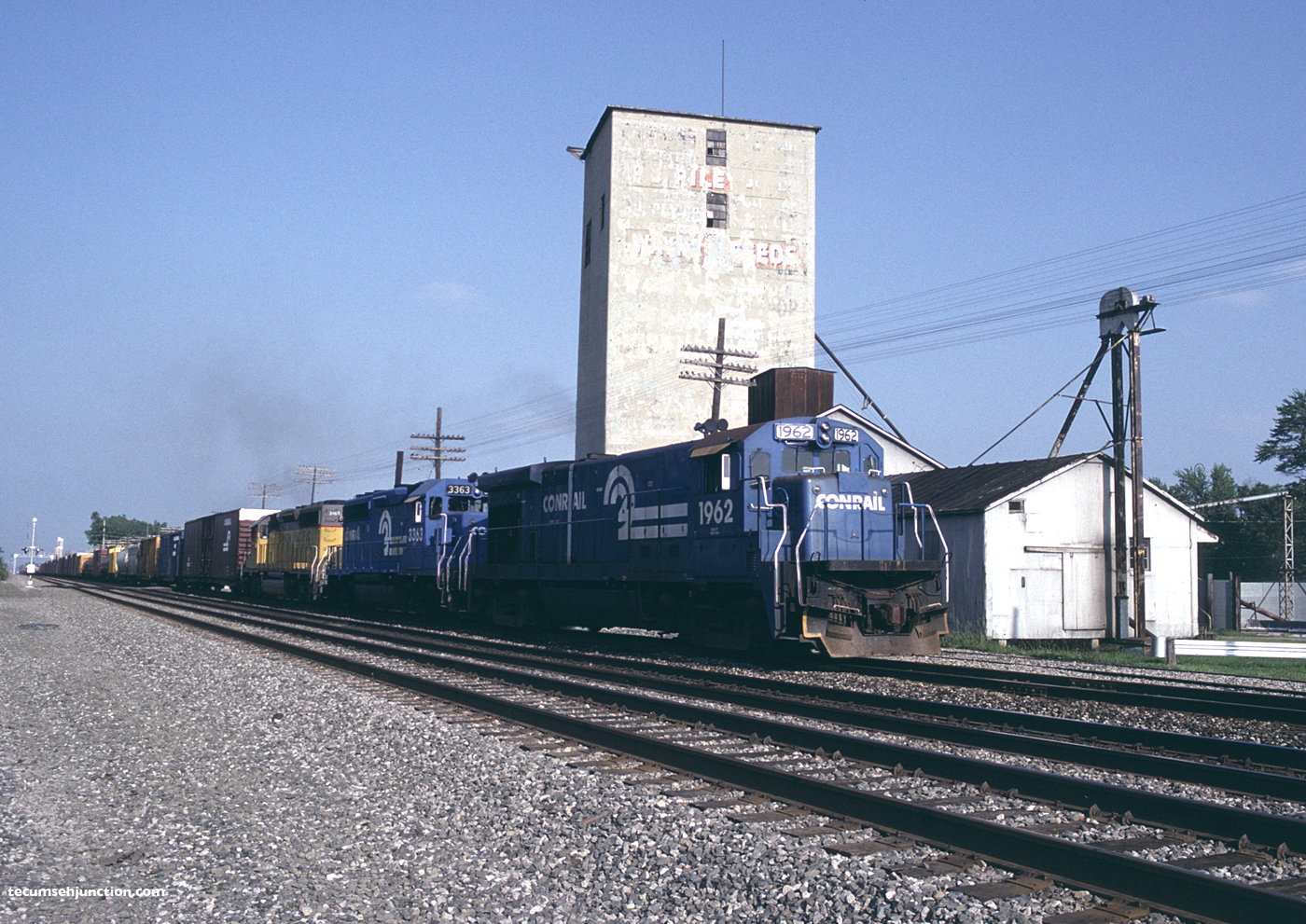 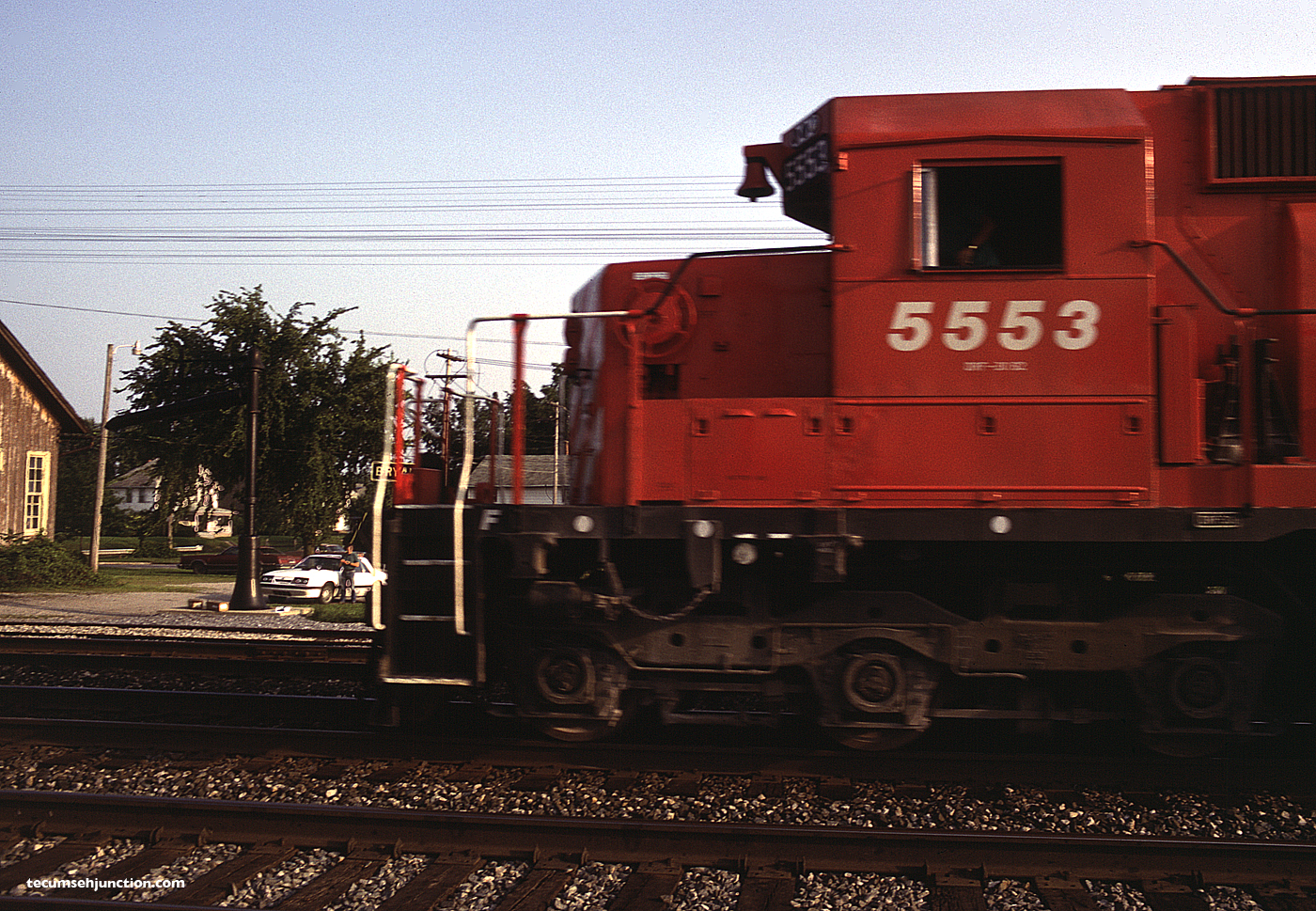 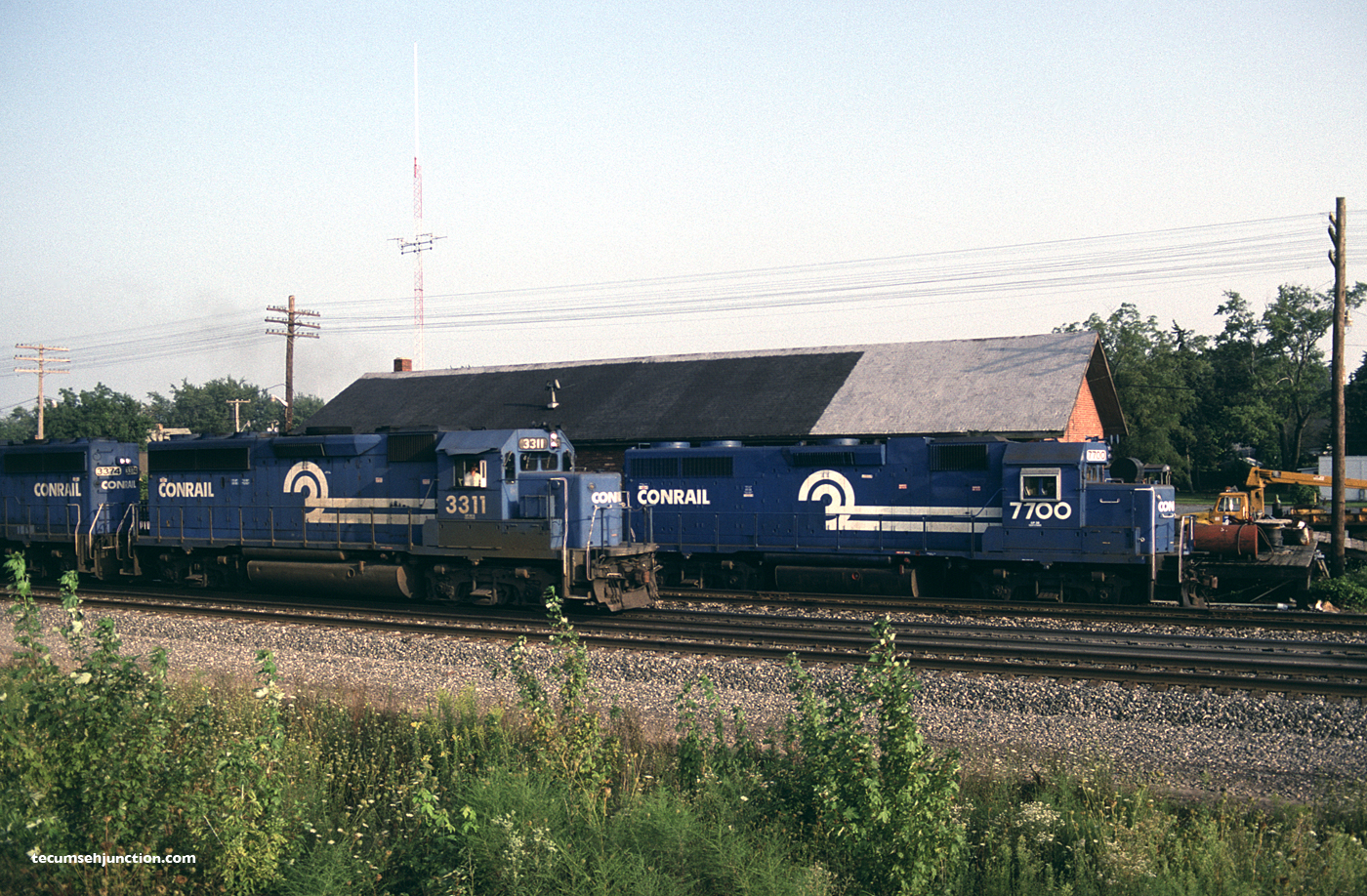 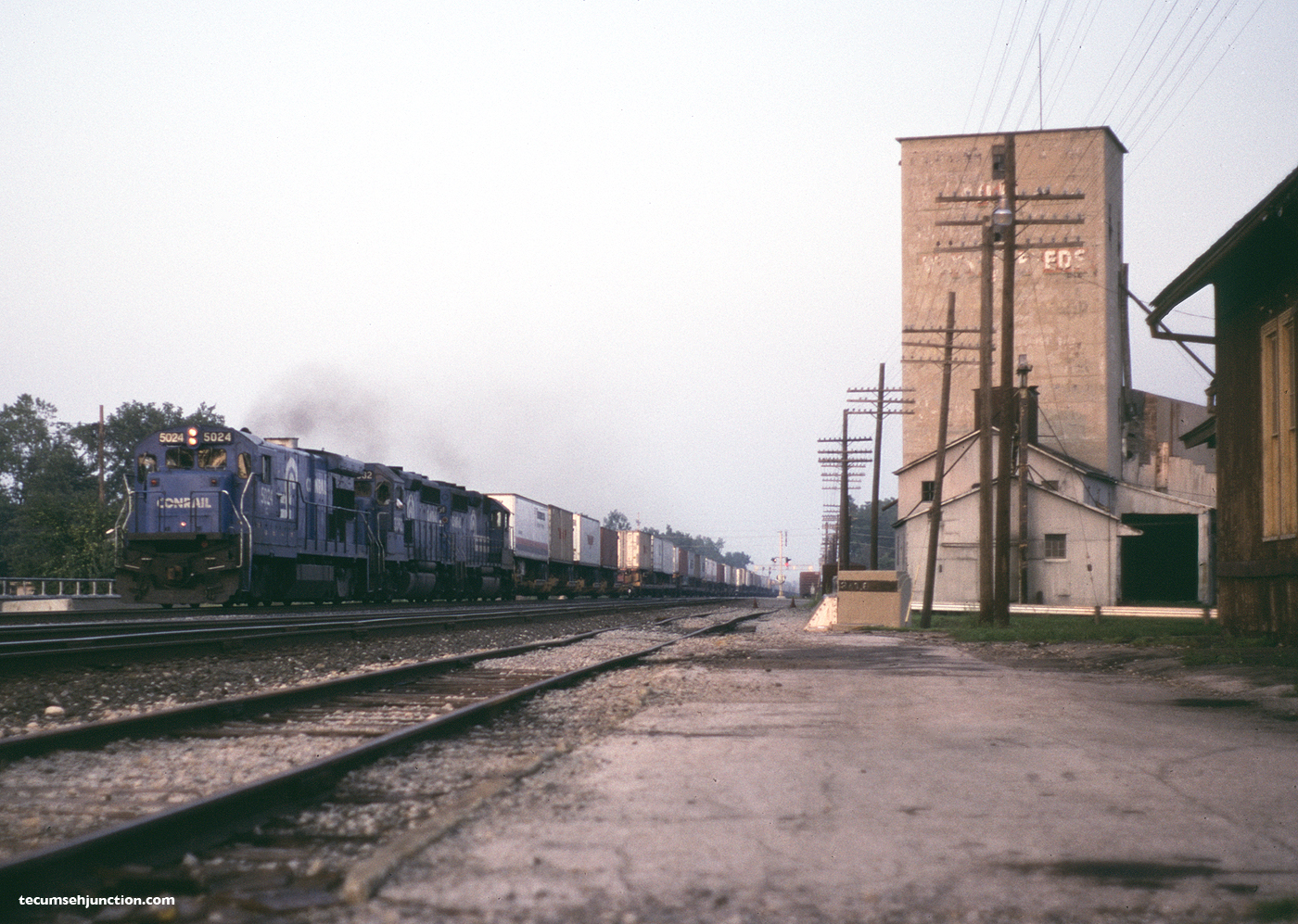 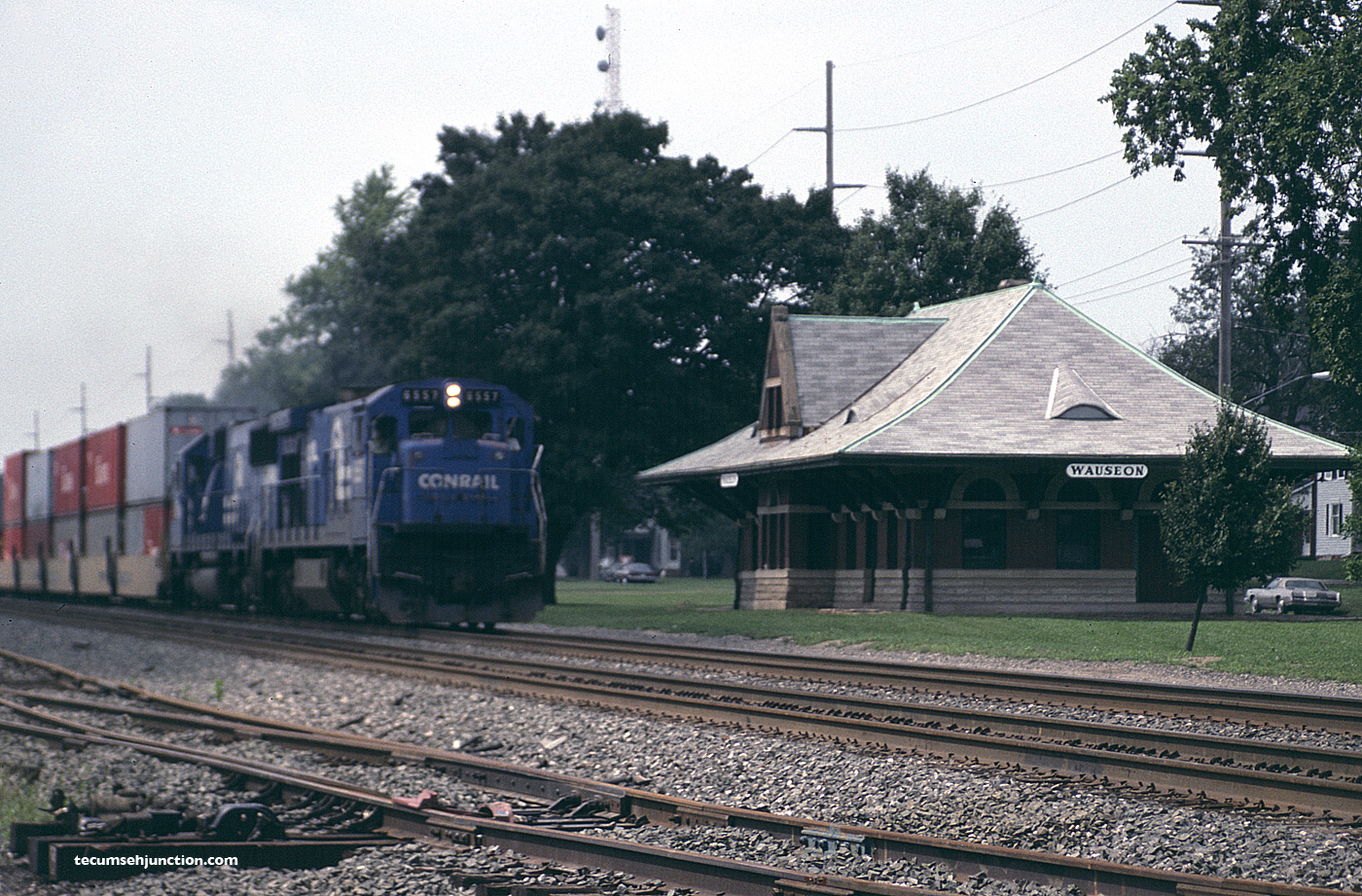 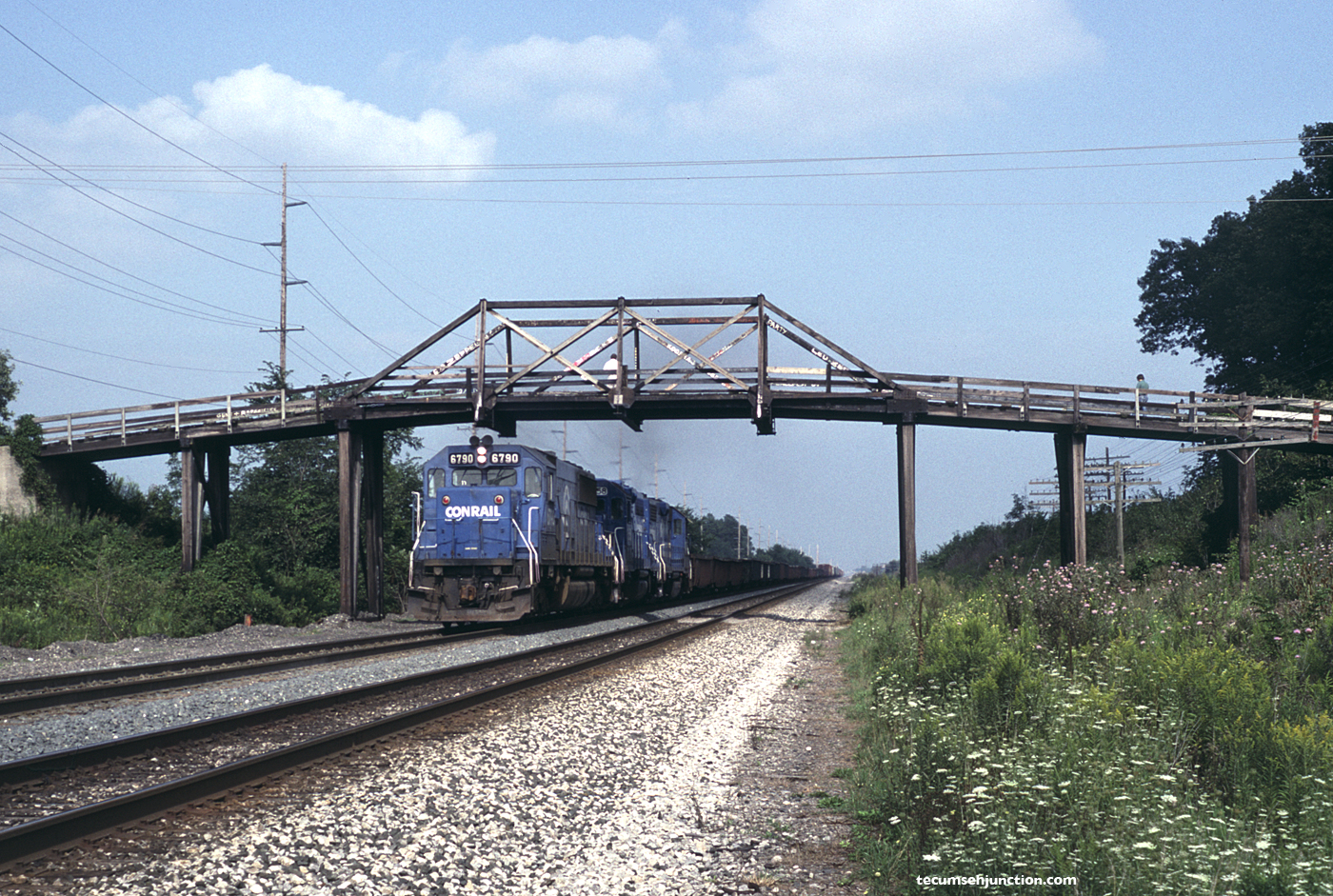 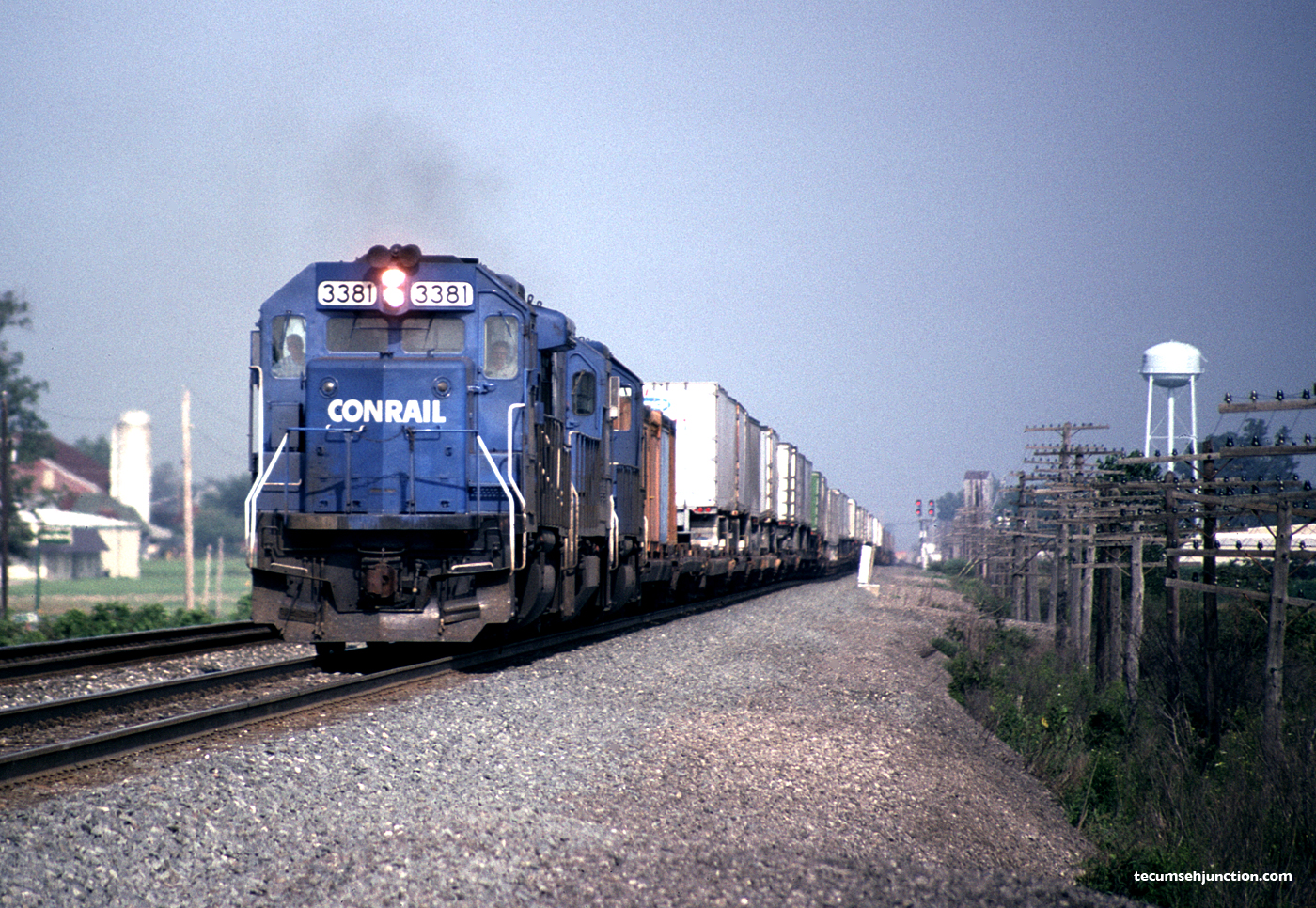 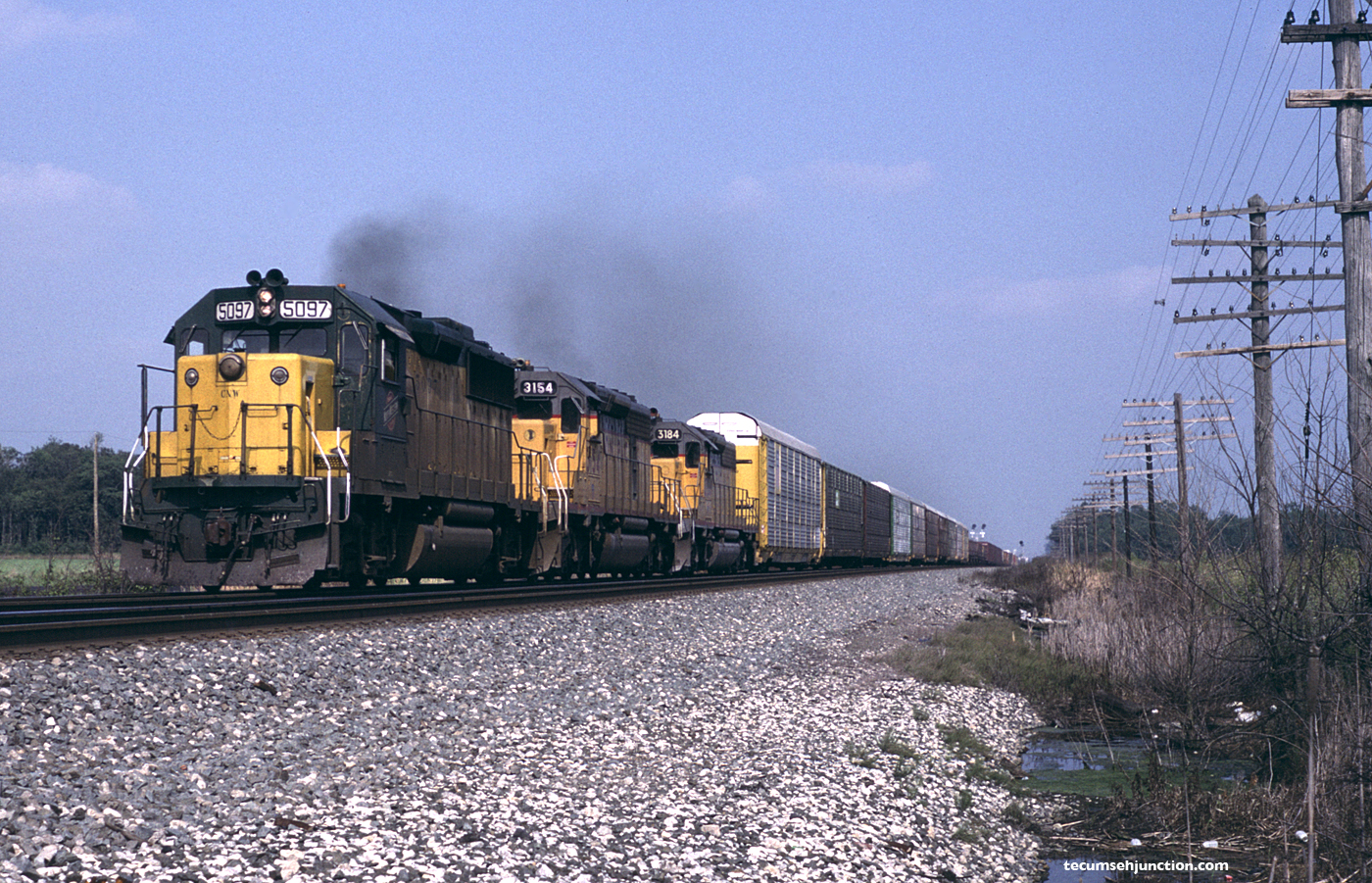 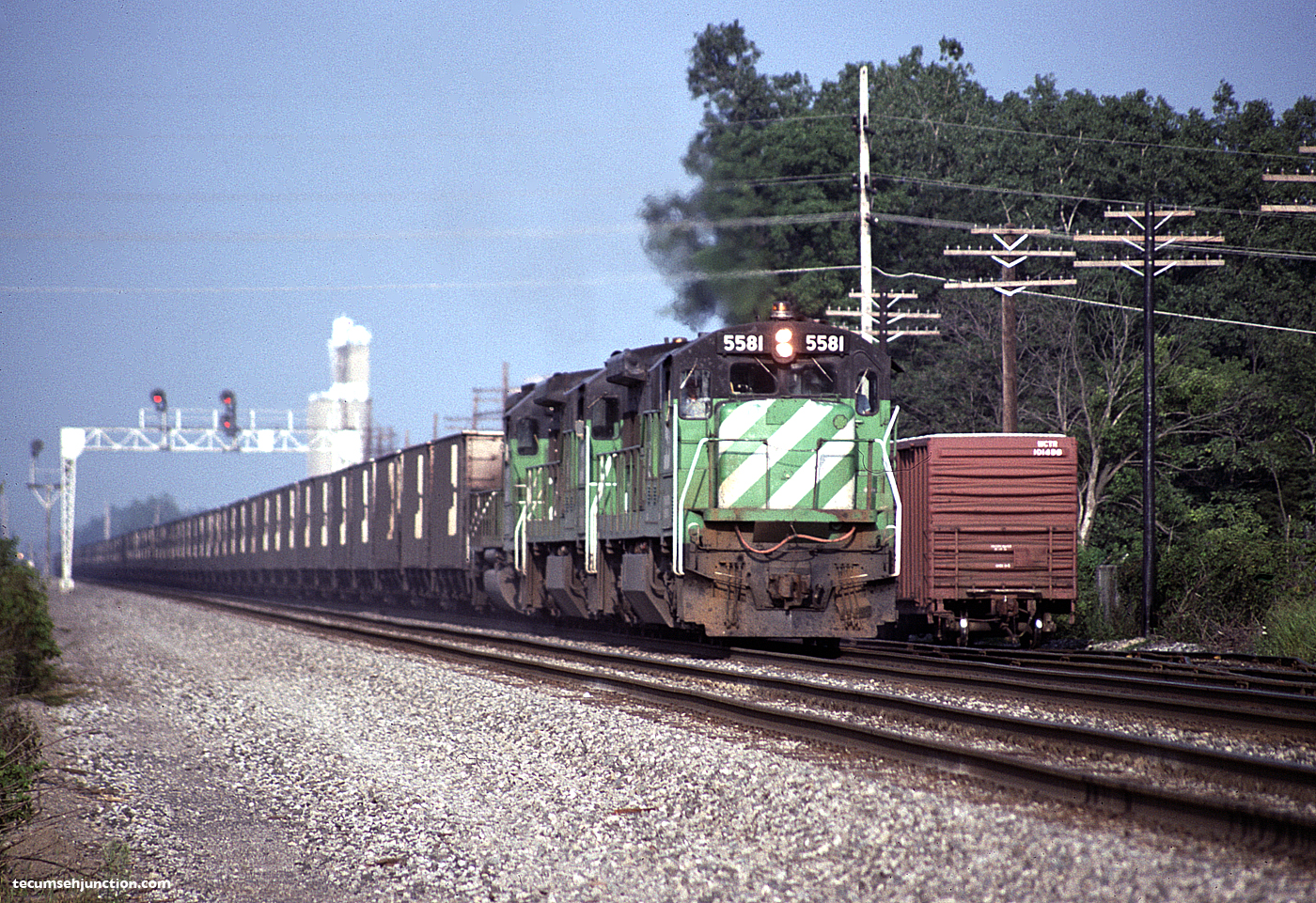 Back in Bryan, we caught a solid Burlington Northern train taking coal empties westward. BN 5581 (a GE C30-7 built in 1979) leads the train on 30 August 1990. My notes say this was a UDM train, which means it was a Detroit Edison train. 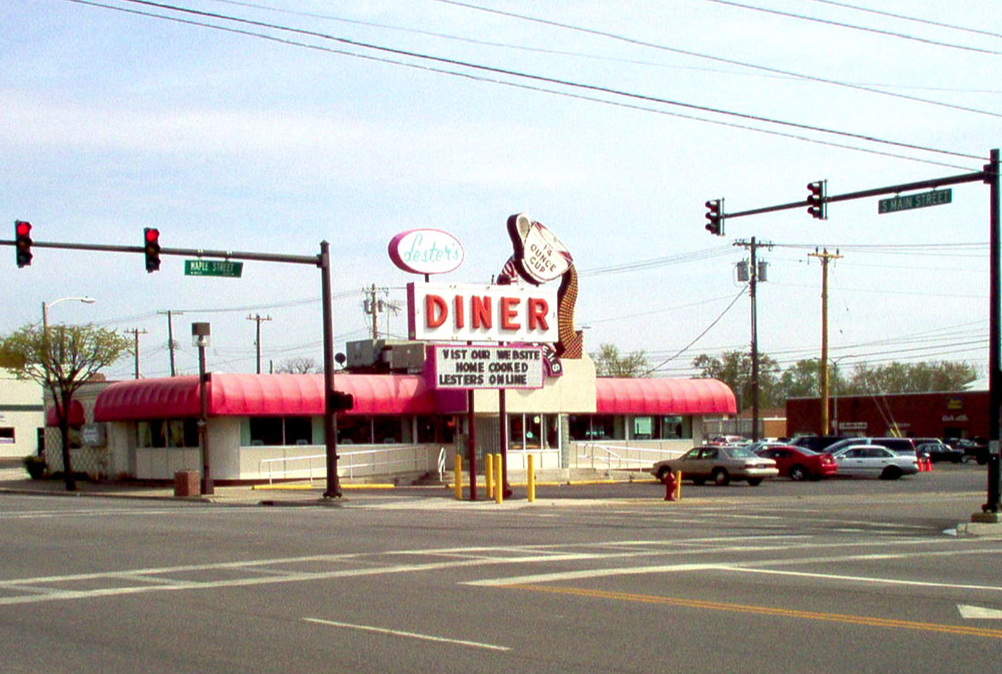