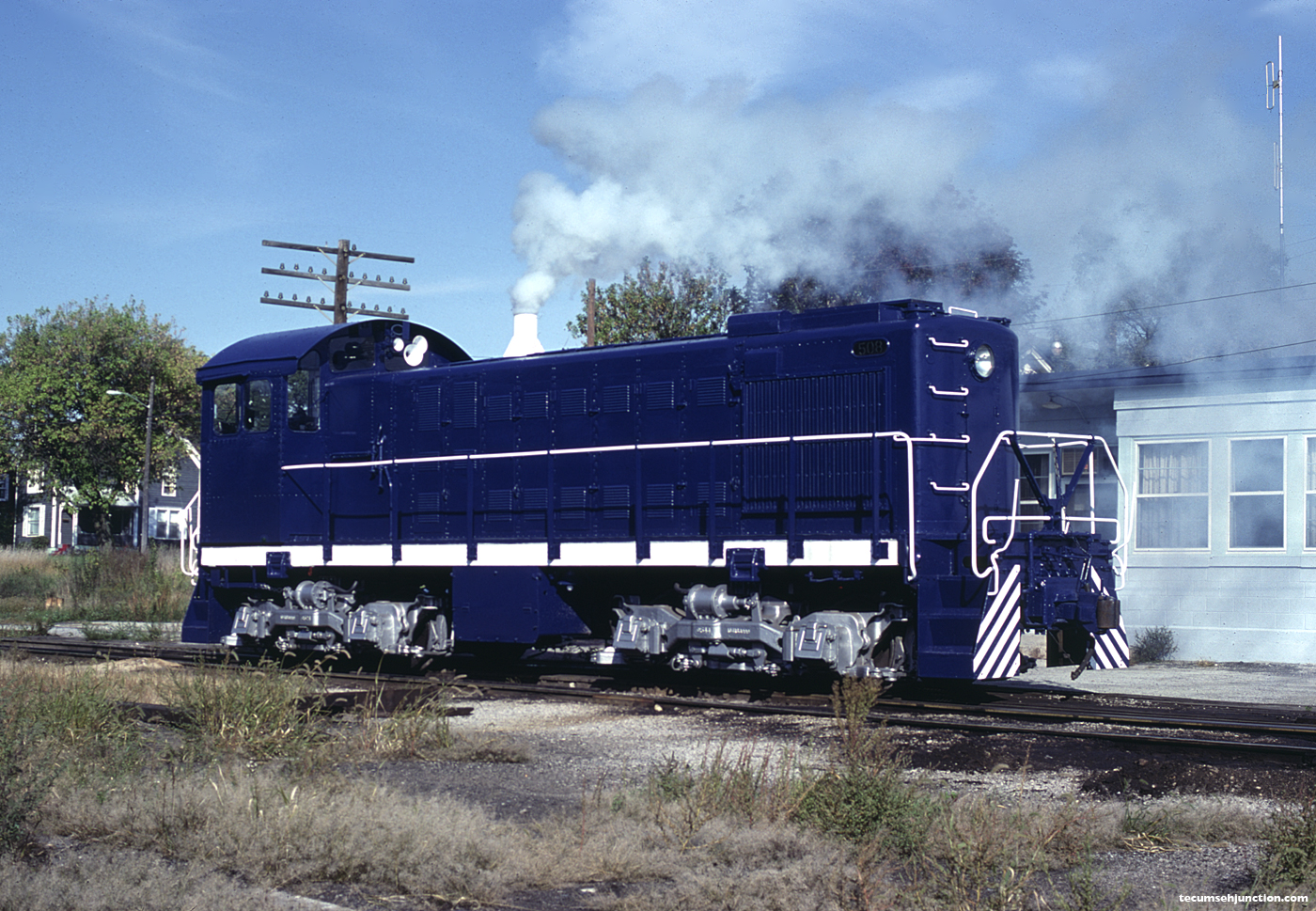 The Lenawee County Railroad Company’s newest locomotive, an Alco S2 recently acquired from the George Silcott Company in Worthington, Ohio, glints in the morning sun at Adrian, Michigan on 09 October 1978.

The LCRC had started operations in autumn 1977 with black Alco S2 #1. The success of the new railroad called for a backup locomotive, and this was the result. Unveiling the blue livery that would become the railroad’s color scheme, the unit’s number board still shows the locomotive’s former identity as Union Railroad #508, which it had carried since its construction in August 1941. It will shortly receive its LCRC lettering and identity as #2, “George Crane”. (George Crane was a commissioner of the Erie & Kalamazoo Railroad Company.)

LCRC #2 would continue to serve the railroad until it closed its doors on 30 September 1990.

This photo is scanned from an original slide by David J. Mrozek, which I have in my collection.