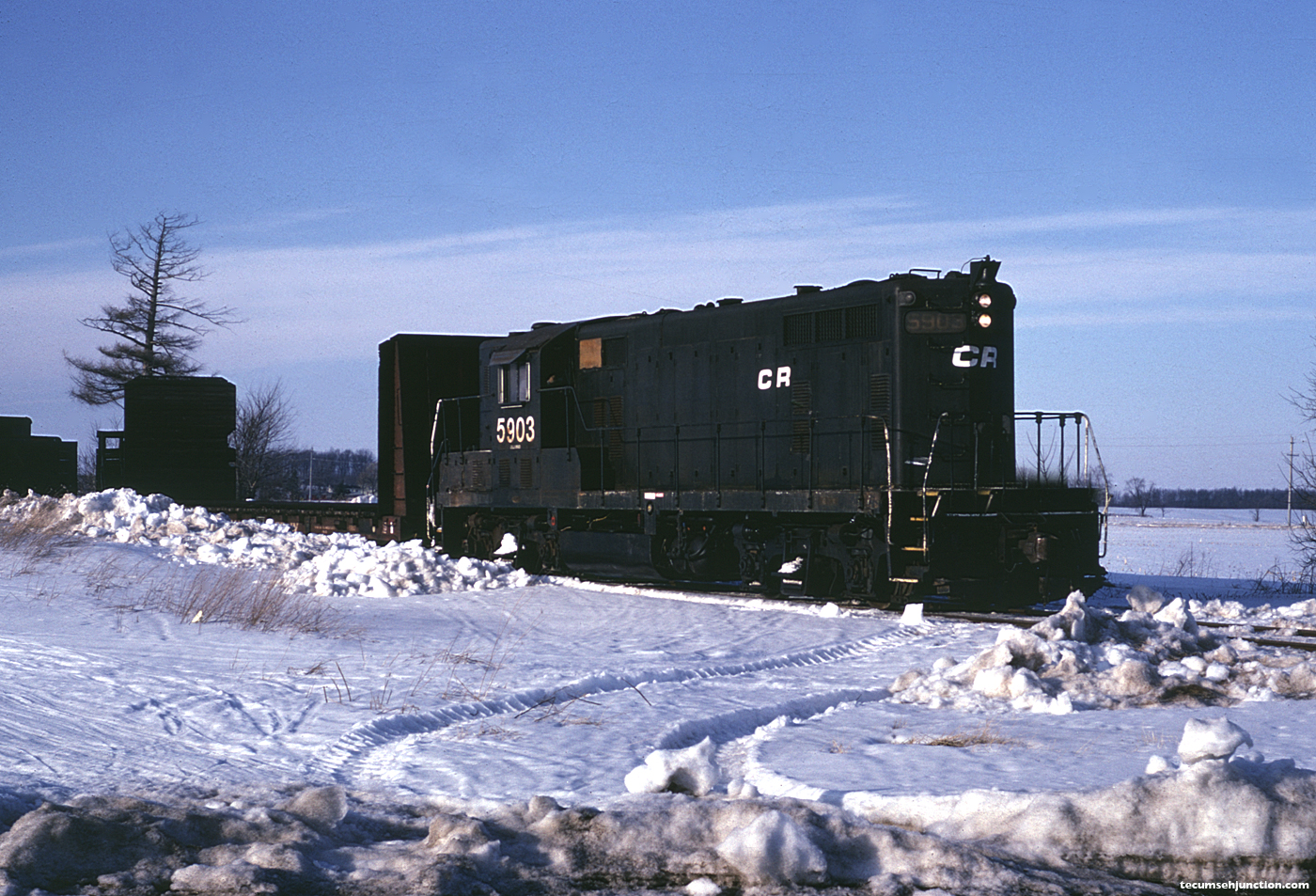 Conrail GP-7 #5903 heads a southbound train approaching Staib Road, between Clinton and Tecumseh, Michigan, on 27 February 1982. Behind the locomotive are two empty flatcars from Pallox, Inc. in Clinton and a caboose.

This was one of the last Conrail operations to Clinton on the Clinton Secondary Track. In just two weeks, the final run would take place.

The GP-7 was delivered to the New York Central Railroad as #5765 in May of 1953 and is already 29 years old at this point. It was built for passenger service, and retained its steam generator roof exhaust vents until the end. Less than a year after this photo was taken, it would be retired and in the Conrail deadline at Altoona, Pennsylvania.