Splitting the switch at Riga 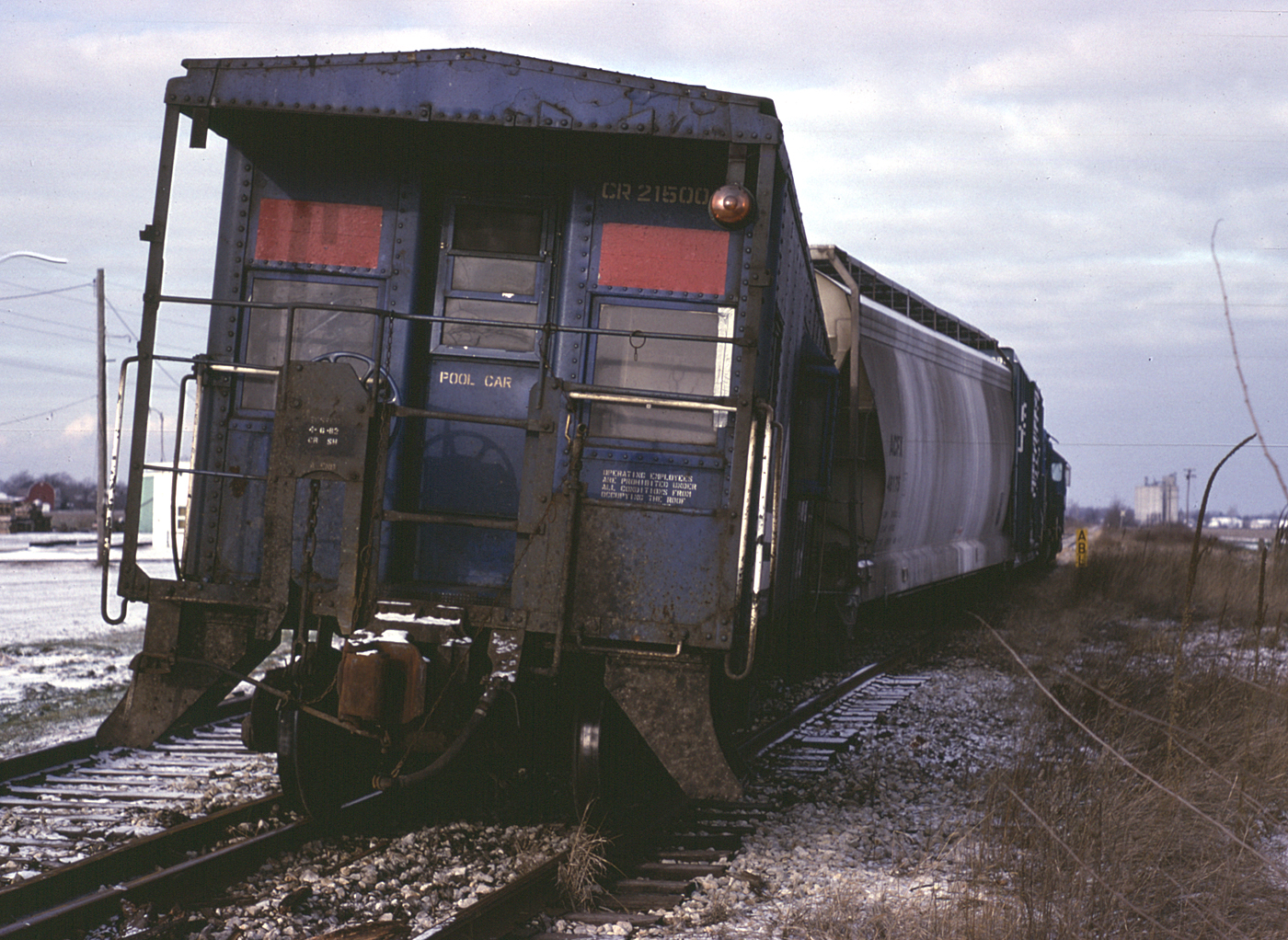 Following Conrail’s embargo of the Clinton Secondary Track between Lenawee Junction and Clinton, Mich. in early 1982, Conrail continued to operate a local from time to time from Toledo to Lenawee Junction to interchange with the Lenawee County Railroad. The local also served remaining customers at Ottawa Lake, Riga, and Blissfield.

I was driving to Toledo on 30 December 1982, when I noticed something down the track from the US-223 crossing in Blissfield. I took a detour to drive to nearby Riga, where I ran across this scene.

The short northbound train consisting of two GP38-2s, an LCRC boxcar, covered hopper, and an ex-NYC caboose had derailed on the south switch to Riga’s fertiliser plant.  A covered hopper and the caboose had gone on the ground, and it appears the slow-running train made a pretty quick stop.

An empty unit grain train has been left at the Michigan Elevator Exchange in Ottawa Lake, accounting for the extra motive power for the short train.

No one was around as I took these photos, so this mishap probably occurred a day or two before. Being a Sunday, no one was coming out on overtime to clean it up! The LCRC would have to wait at least a day longer to get its boxcar back.

(Researching this article, I also ran across a story about a tragedy which happened at the Riga fertiliser facility in 1966, taking 5 lives.) 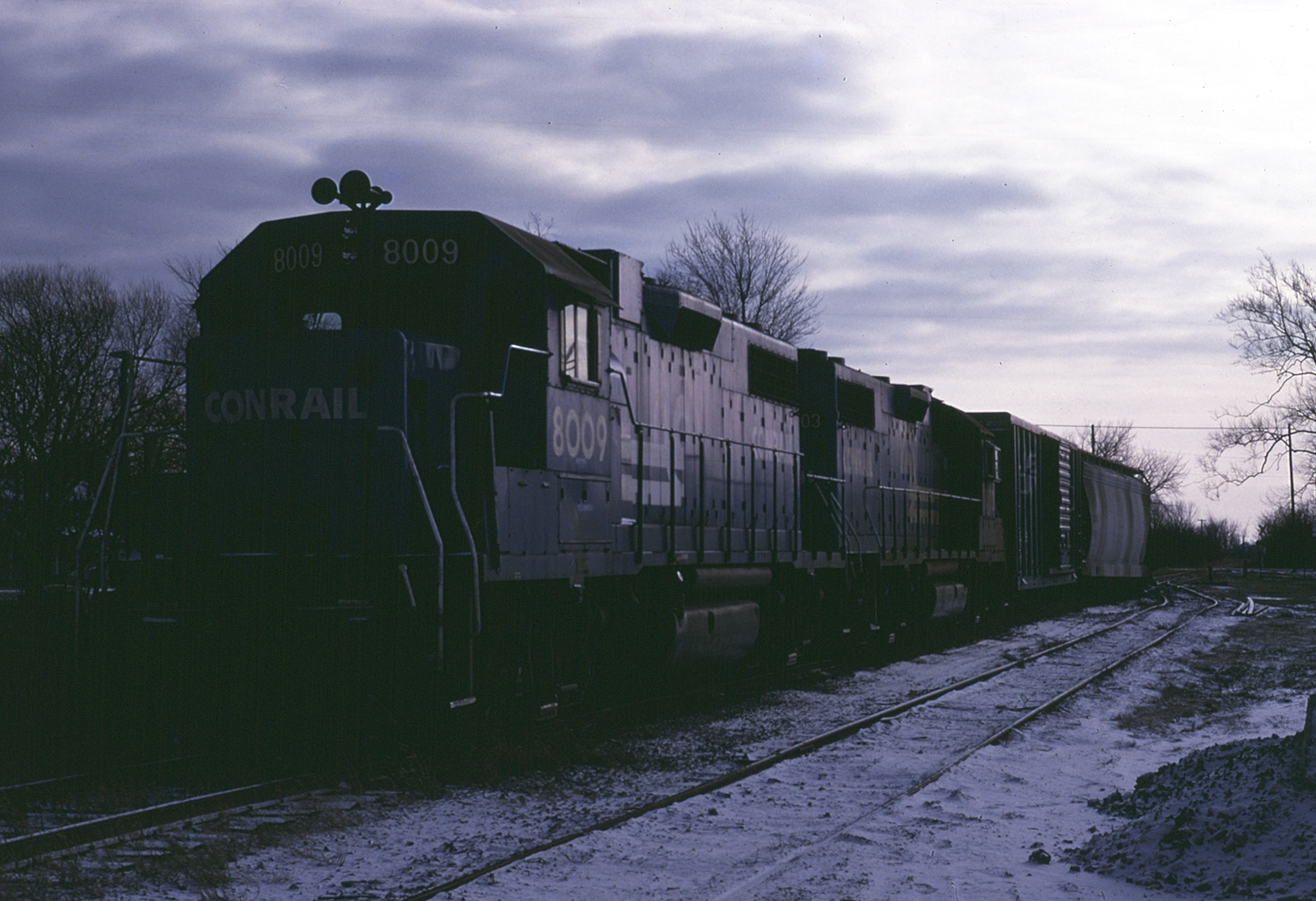 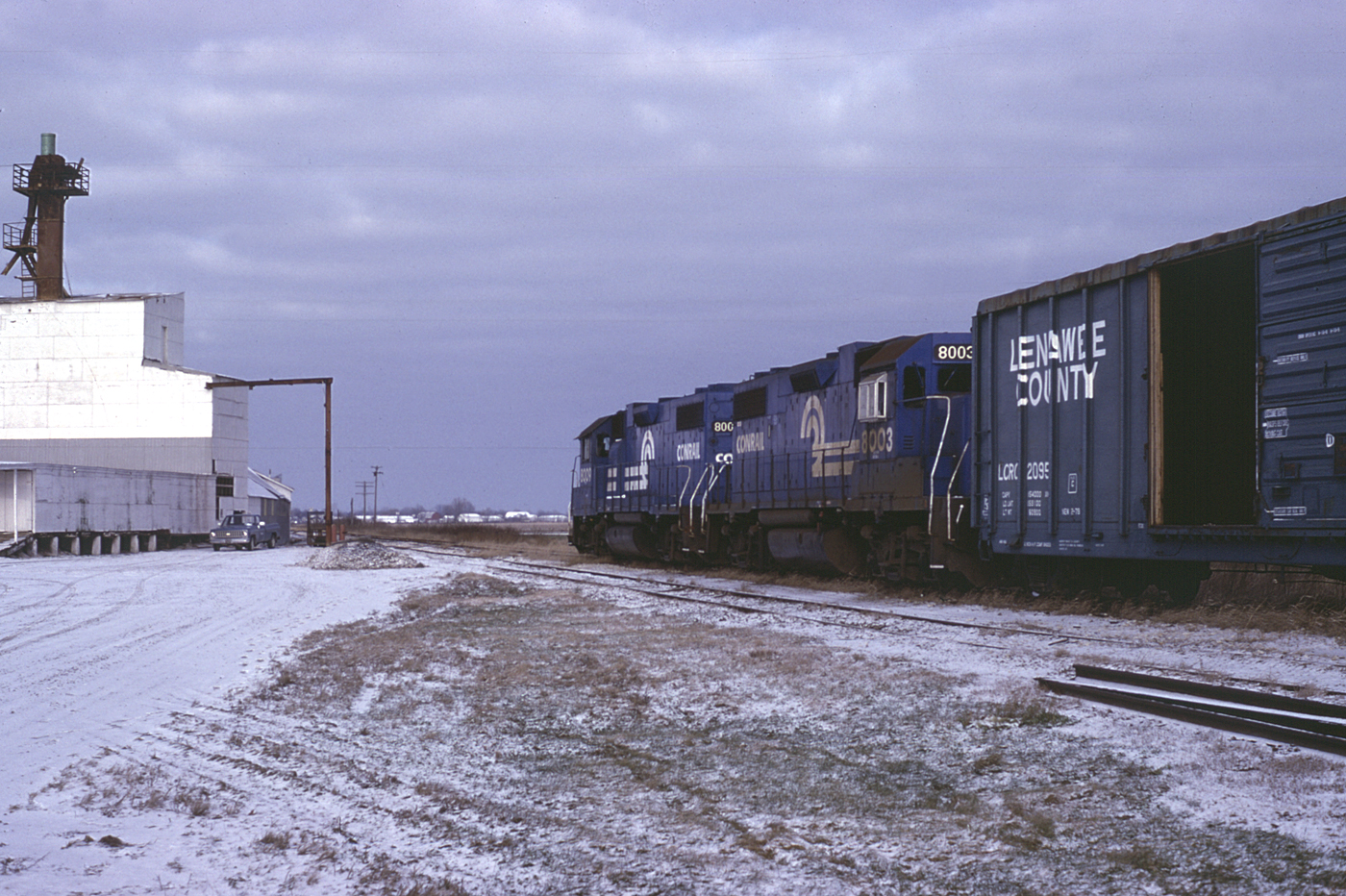 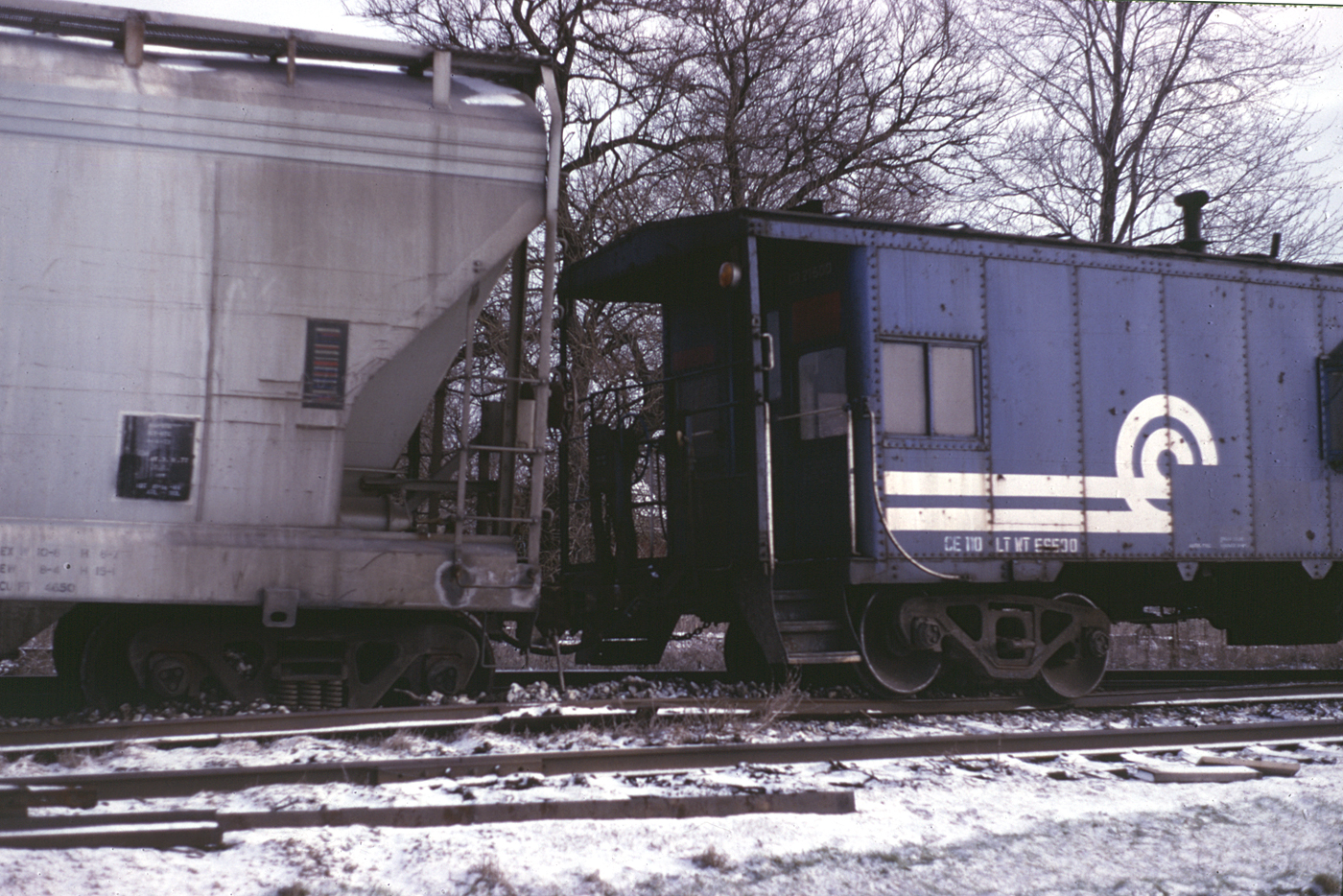 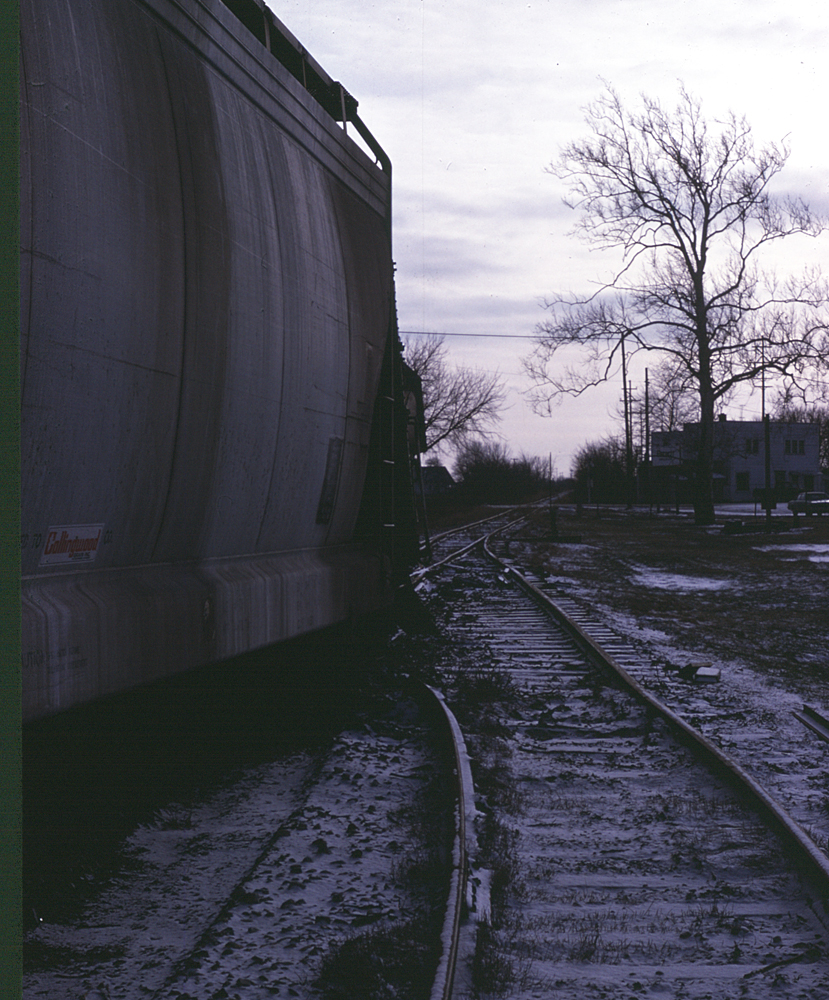 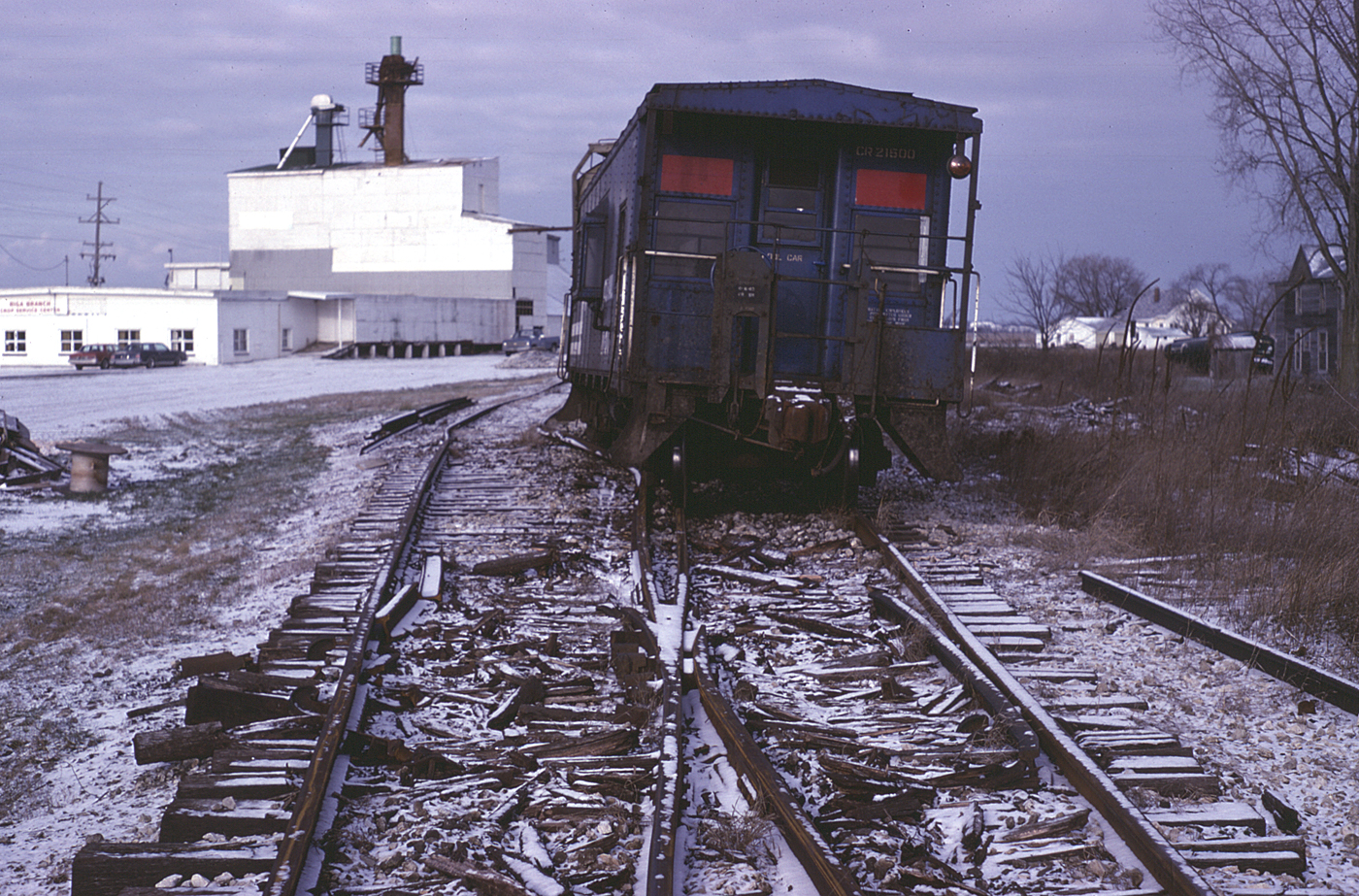