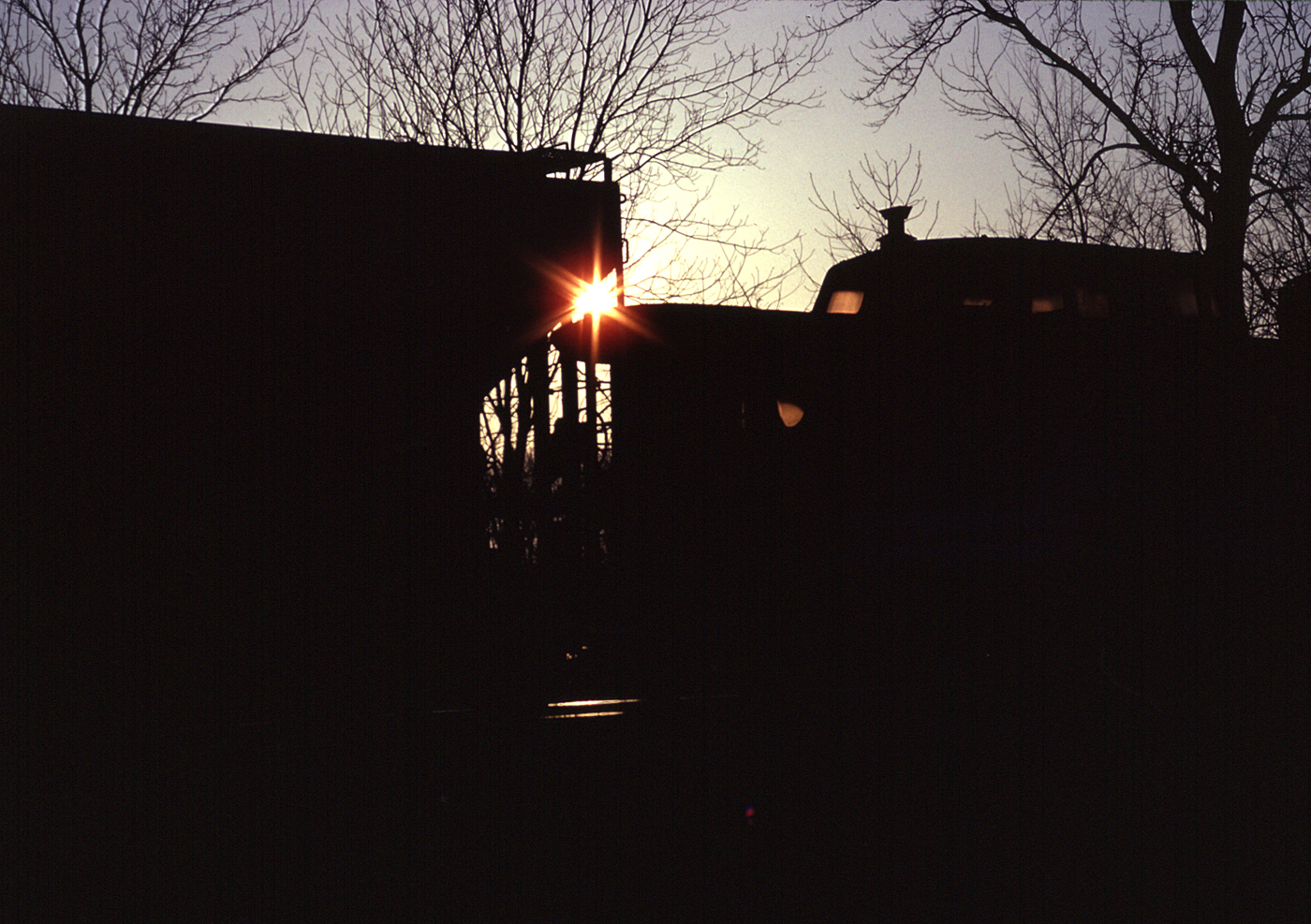 The caboose had arrived on a unit grain train to the Michigan Elevator Exchange at Ottawa Lake, and was sitting after the train crew went home. After loading, a new crew would return to take the train back to Toledo for forwarding.

The N5C was built during World War 2, and the scratched plastic windows show the poor state of the Conrail’s caboose fleet at this point; many had already been retired, and the hangers-on would soon go.

CR 20376 later suffered a fire and was retired. A photo, post-fire, shows it waiting for scrapping at Harrisburg, Pennsylvania.