For Christmas in 1981 I received my first 35mm camera, a Pentax K-1000, and a roll of black-and-white film. A few days after Christmas, my parents went for a shopping trip to the North Towne Square Mall in Toledo, OH, and while they were shopping let me use their car to take some train photos and try out the new camera. It was a bitterly cold day, but I had an hour to drive around the vicinity of the nearby Alexis interlocking tower, and I saw a few trains.

The photos below were taken that day. Time has taken a toll on the negatives, and the photos are thus presented only as curiosities from the day long ago. 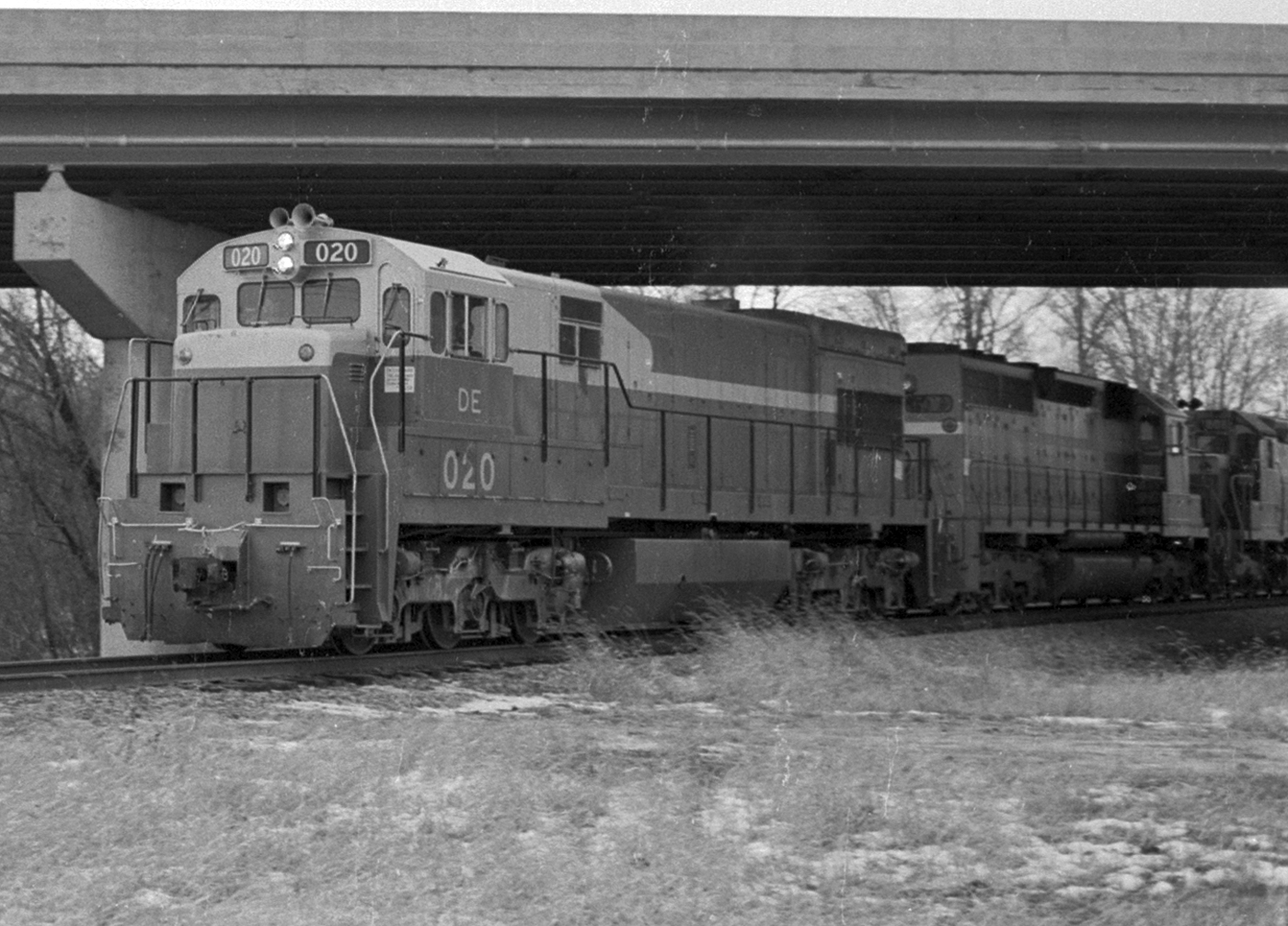 A northbound empty Detroit Edison coal train passes under the Alexis Road overpass on Conrail’s Detroit line, led by U30C #020. This unit was built in 1975. 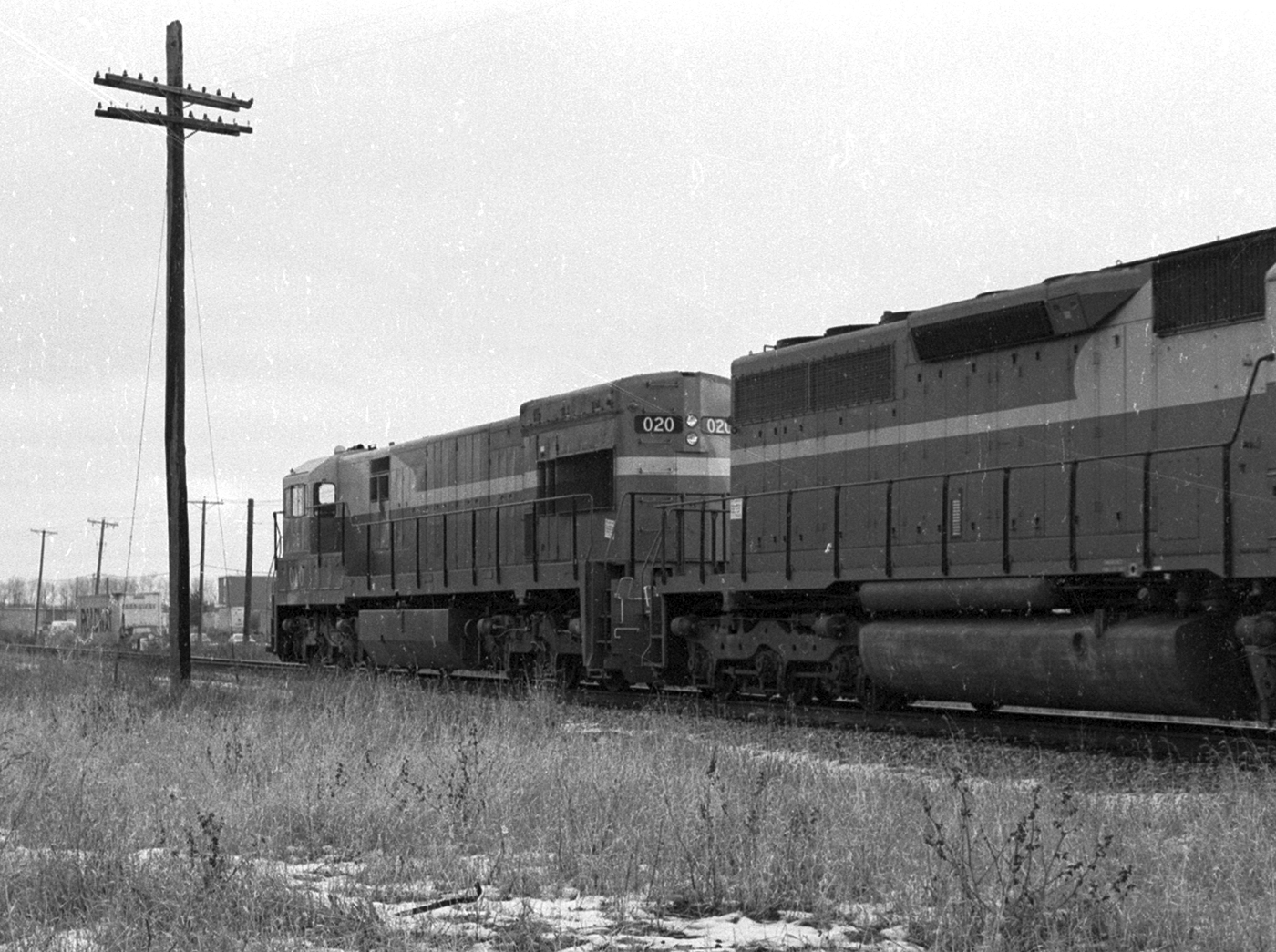 The DE coal train has an SD40 as a trailing unit. 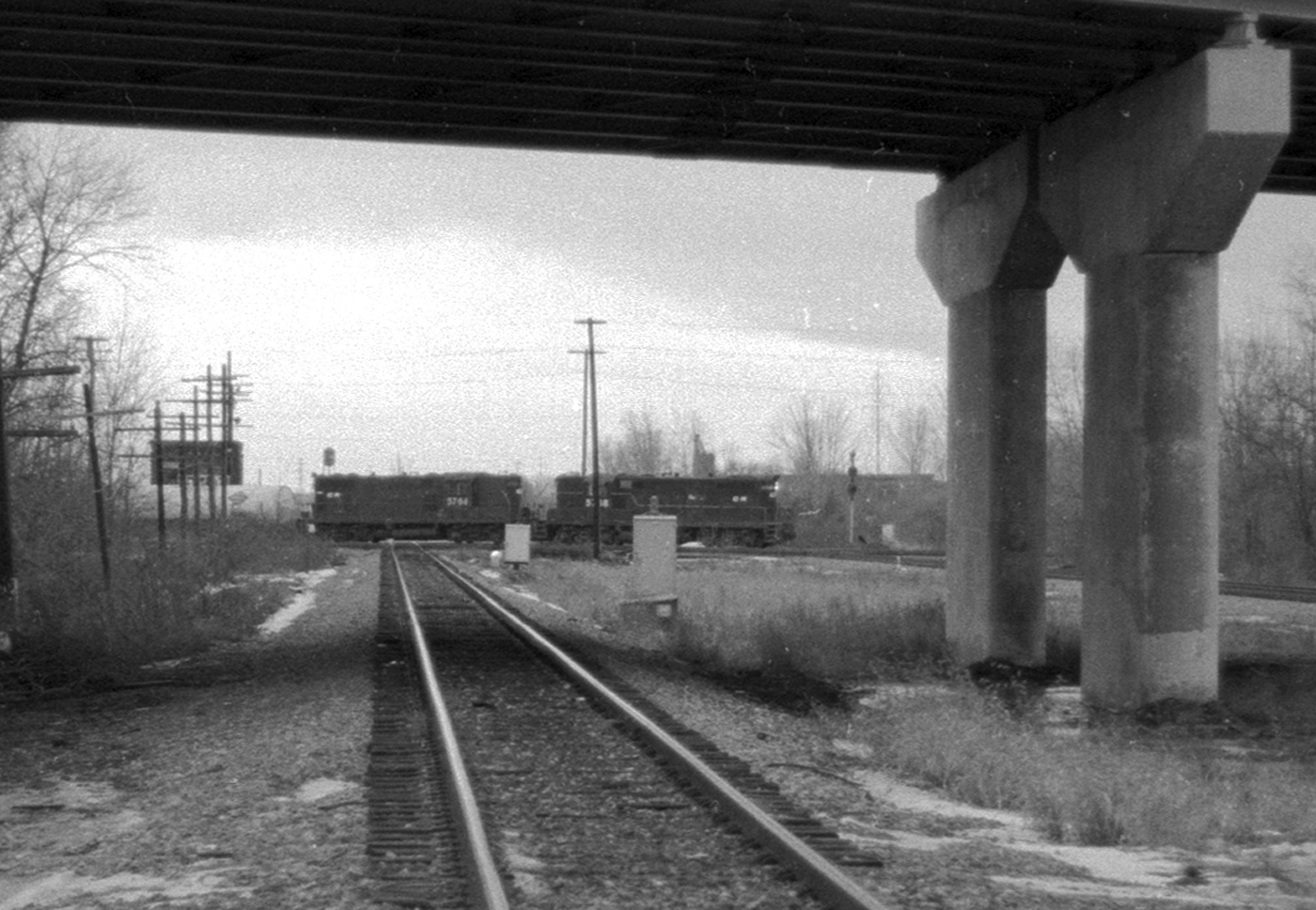 Two Conrail GP-7s move a train northward on C&O rails, headed for Detroit via Carleton, MI. They are crossing Conrail’s own Toledo-Detroit line. 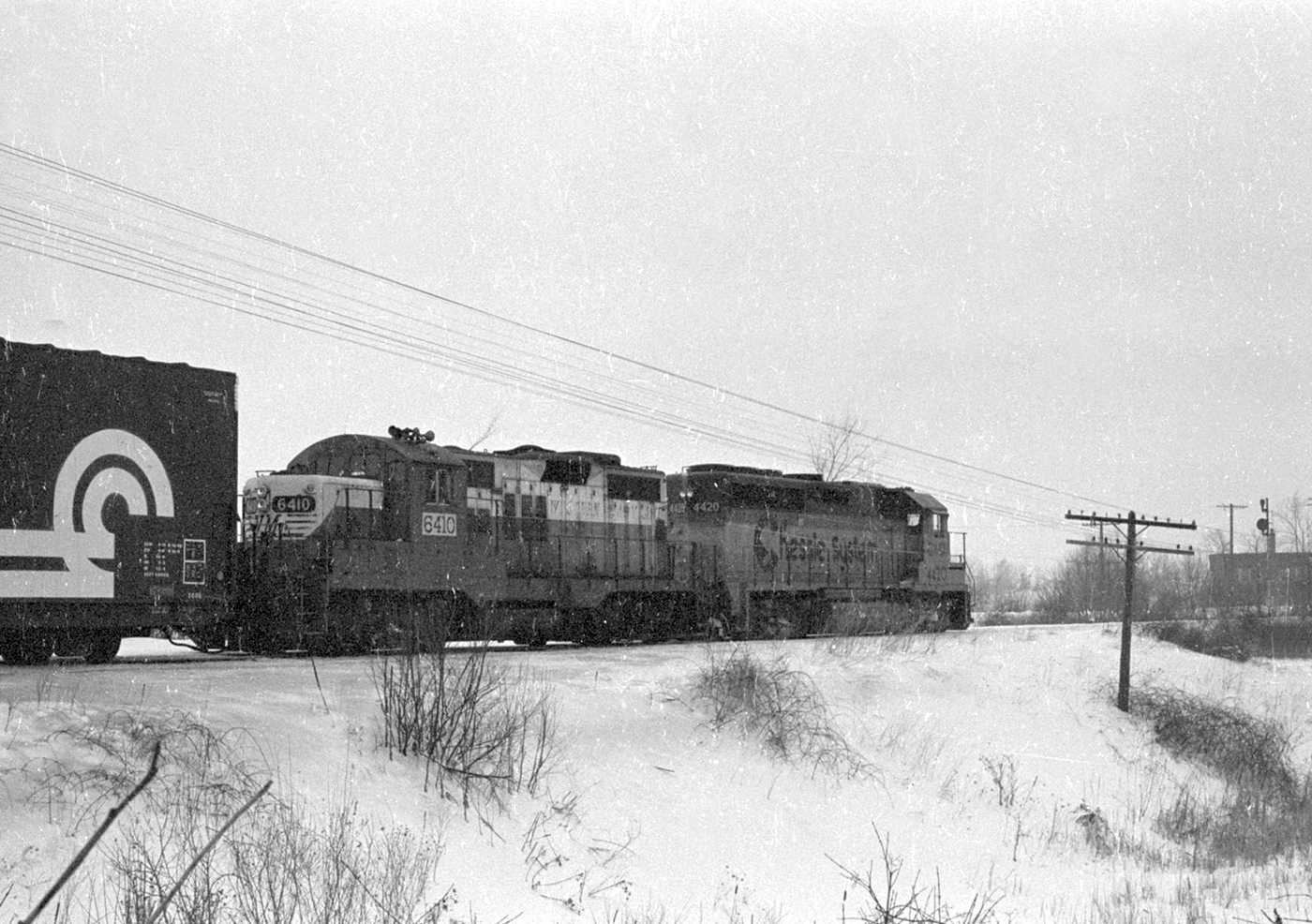 The northbound Contrail train was followed by this Chessie System train. Of note is the trailing unit, an Western Maryland #6410, a GP-9 built in 1956. Alexis Tower can be seen at the far right. 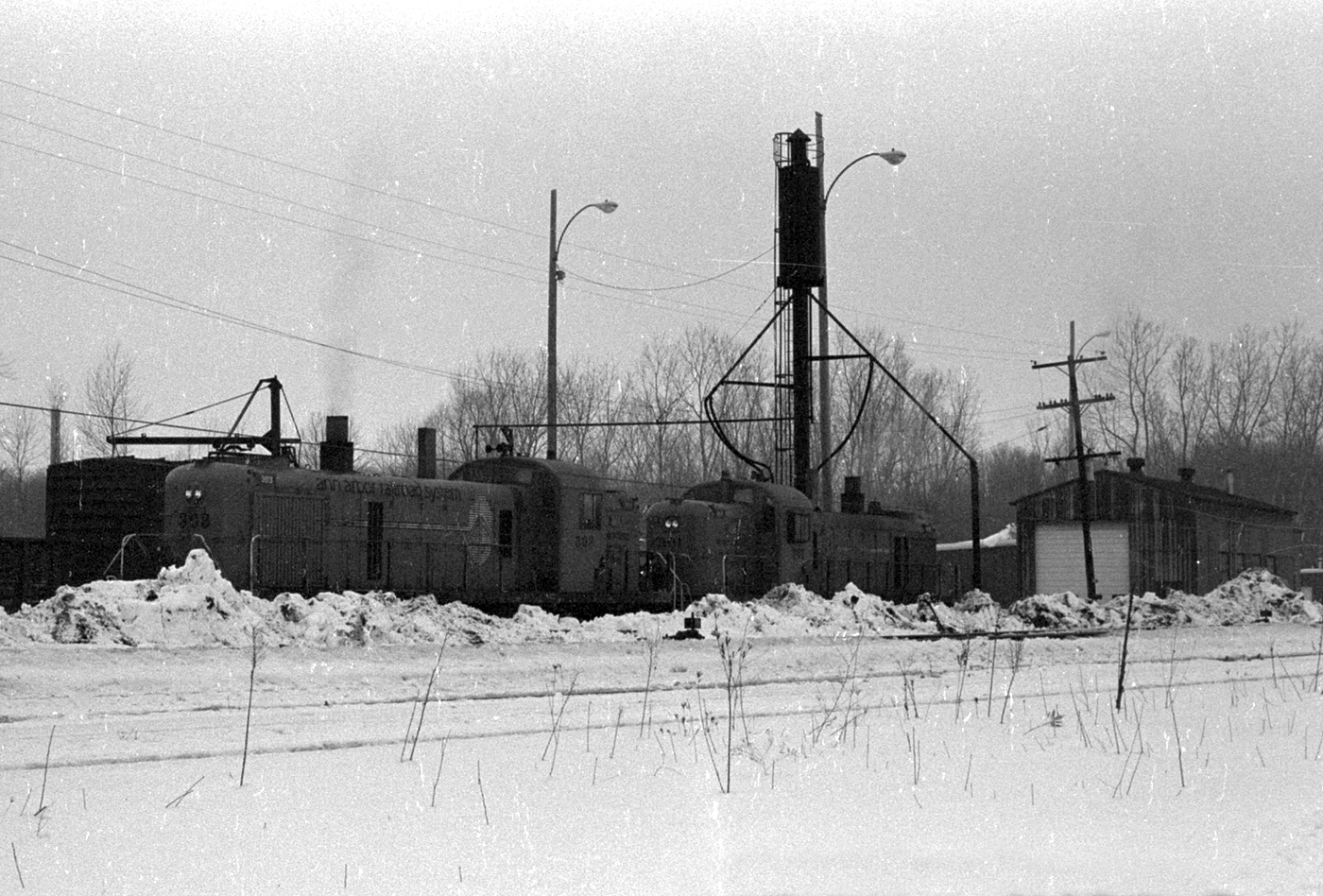 Moving on to the Ann Arbor Railroad’s Ottawa yard, I found ex-GB&W RS-2s #301 and 303 outside the engine house. 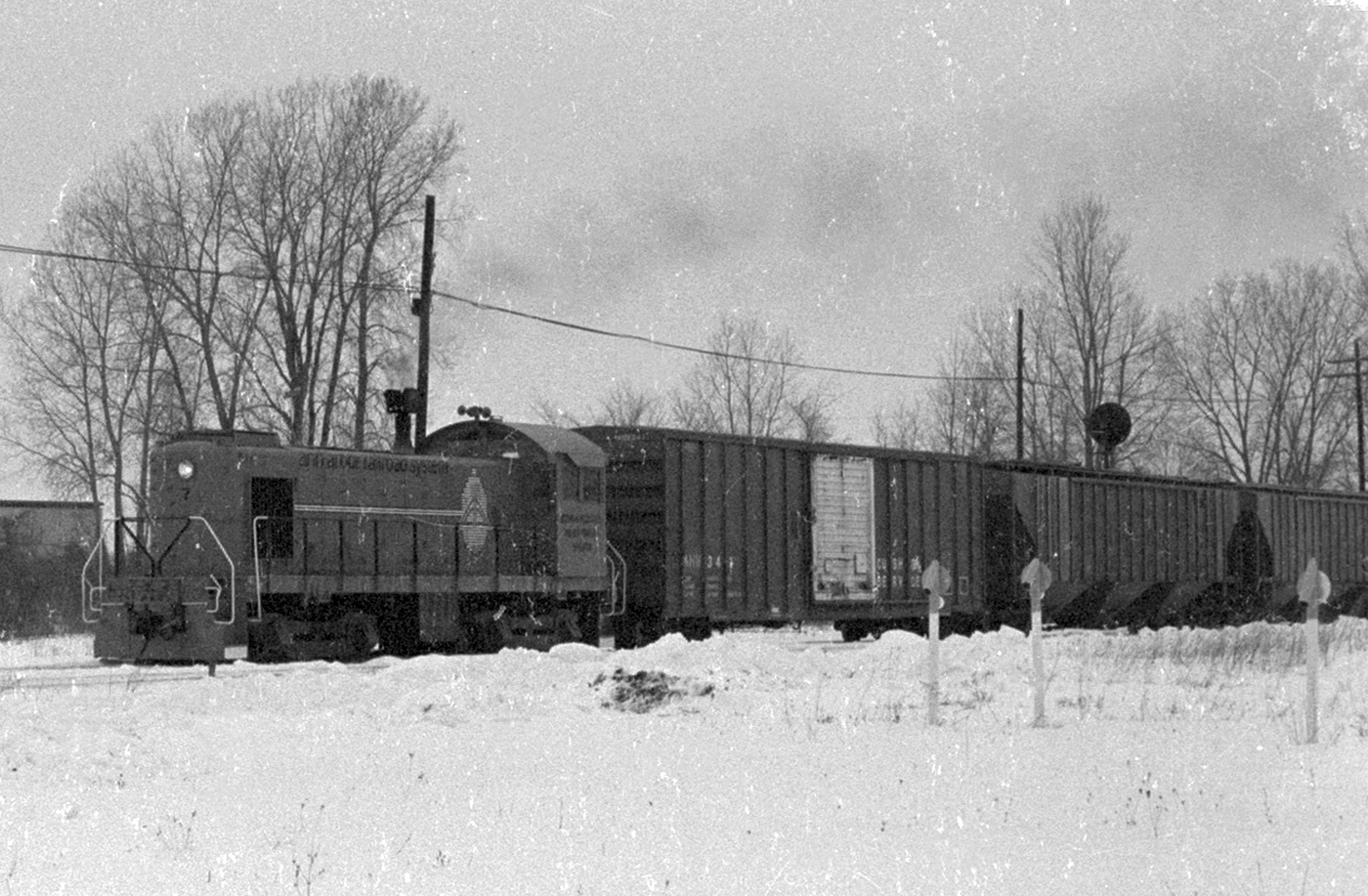 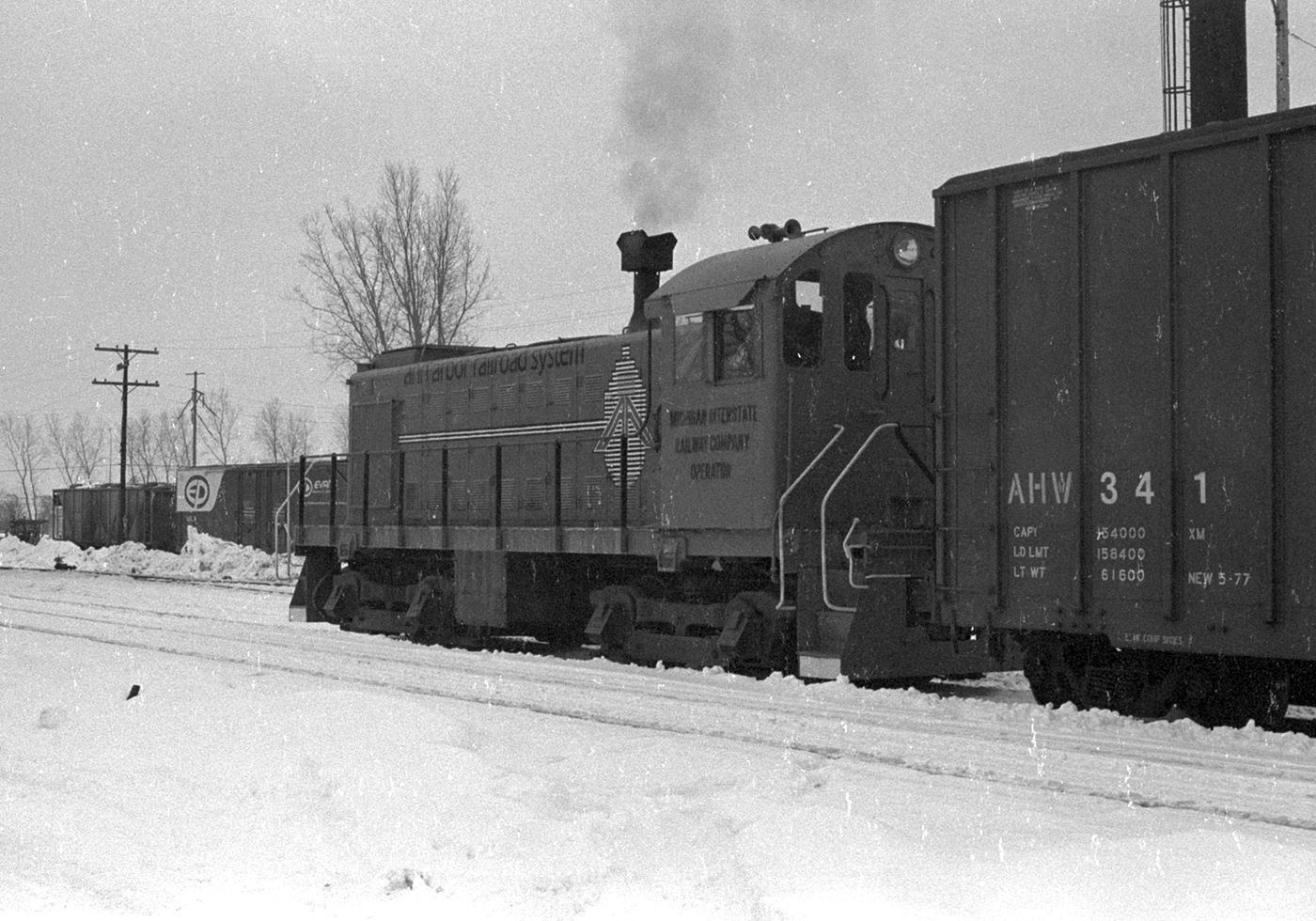