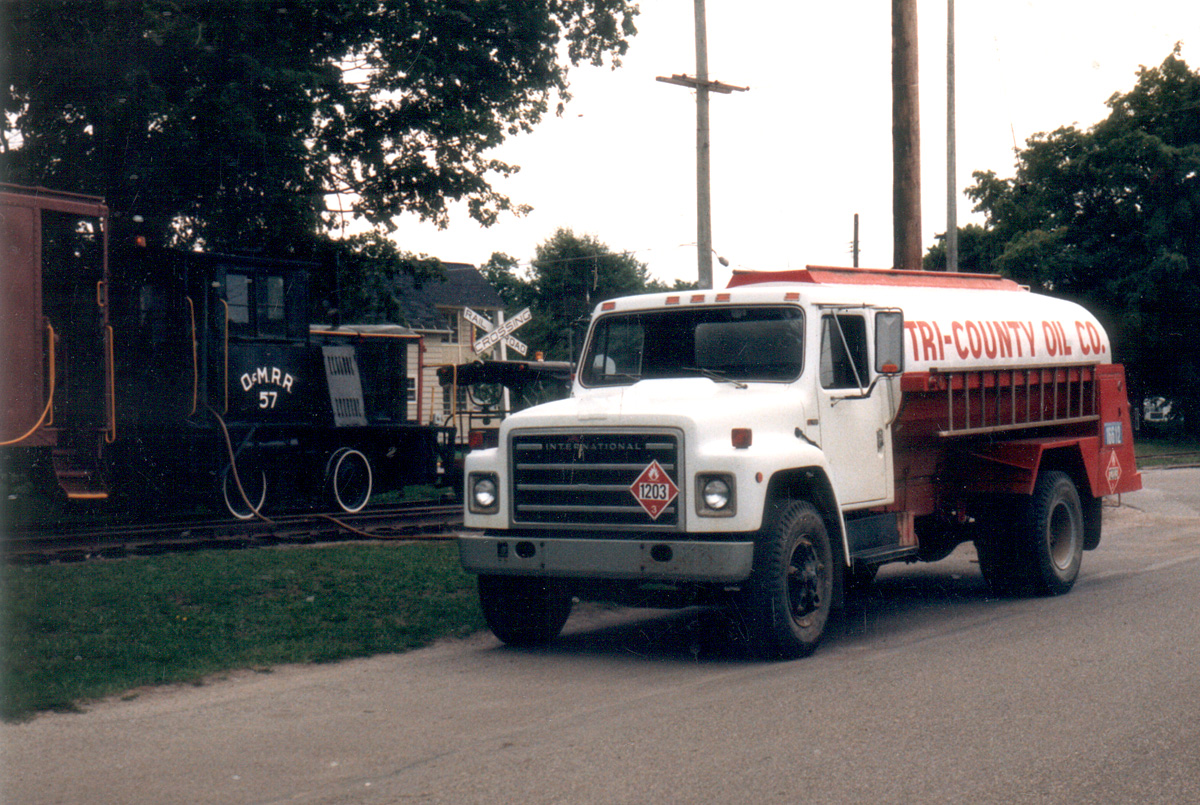 All fueled up and ready to roll! SMRS Plymouth #57 receives a load of diesel oil at Clinton, delivered by the Tri-County Oil Co. The 1988 season was perhaps the busiest ever for the SMRS. (Summer 1988 photo)

Saturday, April 30, 1988 will mark the start of summer season passenger service between Clinton and Tecumseh on the Southern Michigan Railroad. Trains will run each Saturday, Sunday and holiday until September 25.

The schedule for 1988 is much the same as last year. Two trains will be in operation each day, providing departures at 45-minute intervals from Clinton and Tecumseh.. T.e two trains will meet at the Staib Road spur to pass each other. A later departure has been added from Clinton, the last train leaving there now at 4:30.

Although the April 30th starting date is the earliest ever for the SMR, all the key elements needed to operate the passenger service are already in place, well ahead of the schedule of previous years.

The major project still to be done is the refurbishment of the gondola for passenger service. This will be undertaken immediately after it has been transported to the north end of the line. Until it is ready, two cabooses will be used in the train. All other equipment is ready to roll.

The ambitious train schedule requires a steady compliment of volunteer train crews and ticket sellers. Training sessions will be held in late April for new and old volunteers alike. Anyone wishing to participate should call the museum office at (517) 456-7677 and leave their name to be contacted.

The start of the season was also a time to send out press releases, and we had a good result in the Adrian Daily Telegram on 29 April that year: 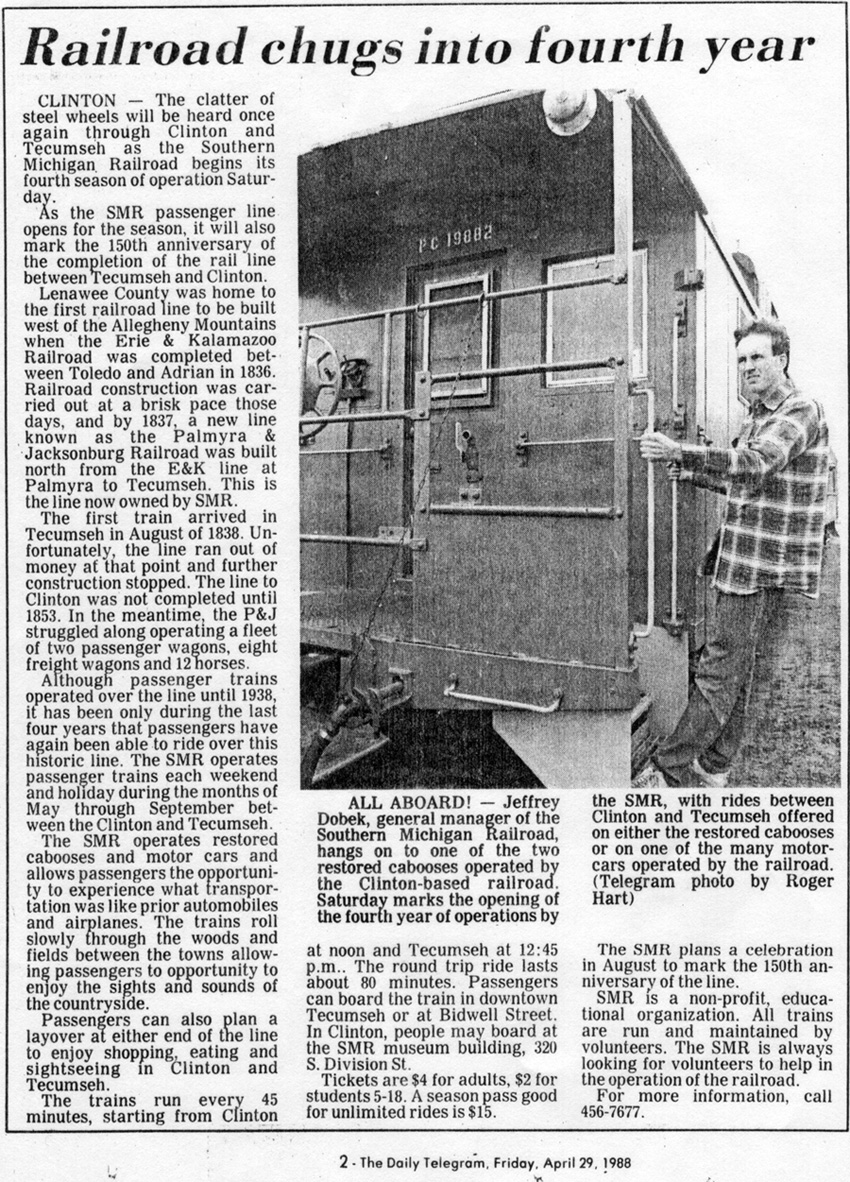 The article shows how intense SMRS operations were at this time, with the full-size trains and motor car trains running every Saturday and Sunday from May–September, and meeting at the (now-gone) Staib Road siding, the half-way point.