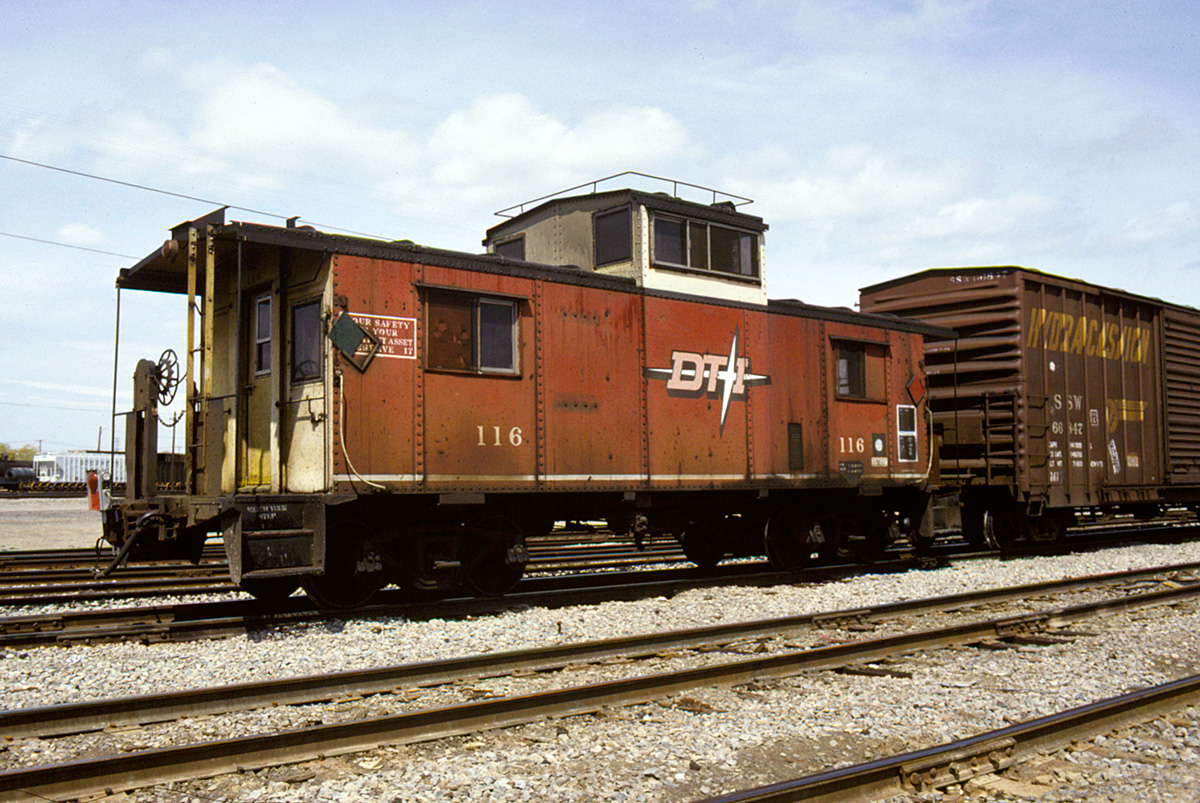 It’s 07 May 1989, and Detroit, Toledo and Ironton Railroad caboose #116 sits on the end of a train in the Flat Rock, MI yard, having recently arrived on a road train from Ohio. Built in 1949 by the International Car Company of Kenton, OH, the car is one of a batch of 18 built.

The era of the caboose was coming to an end in 1989. Note that on the rear coupler sits a rear-end telemetry device, a new technology at the time which permitted the engineer to monitor the back of the train, and which also allowed the elimination of cabooses from over-the-road freight trains. By 1989 many railroads had already eliminated their cabooses.

*It survived the purchase of the DT&I by the Grand Trunk Western in 1983, and 6 years later still proudly wears its DT&I “starburst” logo.

*It has survived to this day. Purchased after retirement by a railroad enthusiast, the #116 has been lovingly restored and today can be found on the Lebanon Mason Monroe Railroad (LM&M Railroad) in Warren County, OH.

The caboose today wears its final DT&I paint scheme, and one can charter it for a ride: 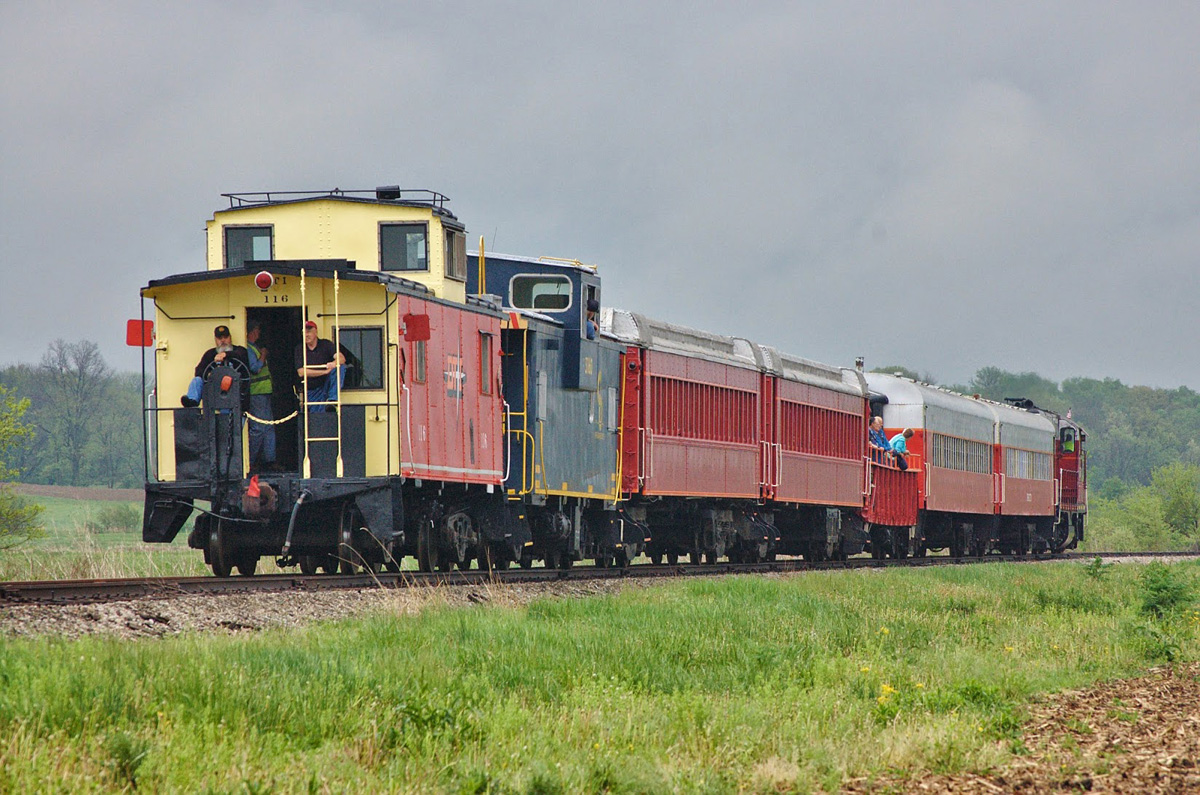