Before March ends, I thought it worth noting that March this year marks 35 years since the last freight train passed through Tecumseh, ending 145 years of continuous freight service on the Clinton Branch between Lenawee Junction and Tecumseh.

It was on 11 March 1982 that Conrail GP-7 #5903 ventured up from Toledo to collect the final freight cars from Clinton, following the embargo of the line. Although already slated for abandonment, the winter of 1982 had been a tough one on the line. Severe winter weather had led to repeated derailments on packed ice, and Conrail finally embargoed the line due to poor track conditions, ending service before the abandonment date arrived. Even the final northbound run derailed in downtown Tecumseh. 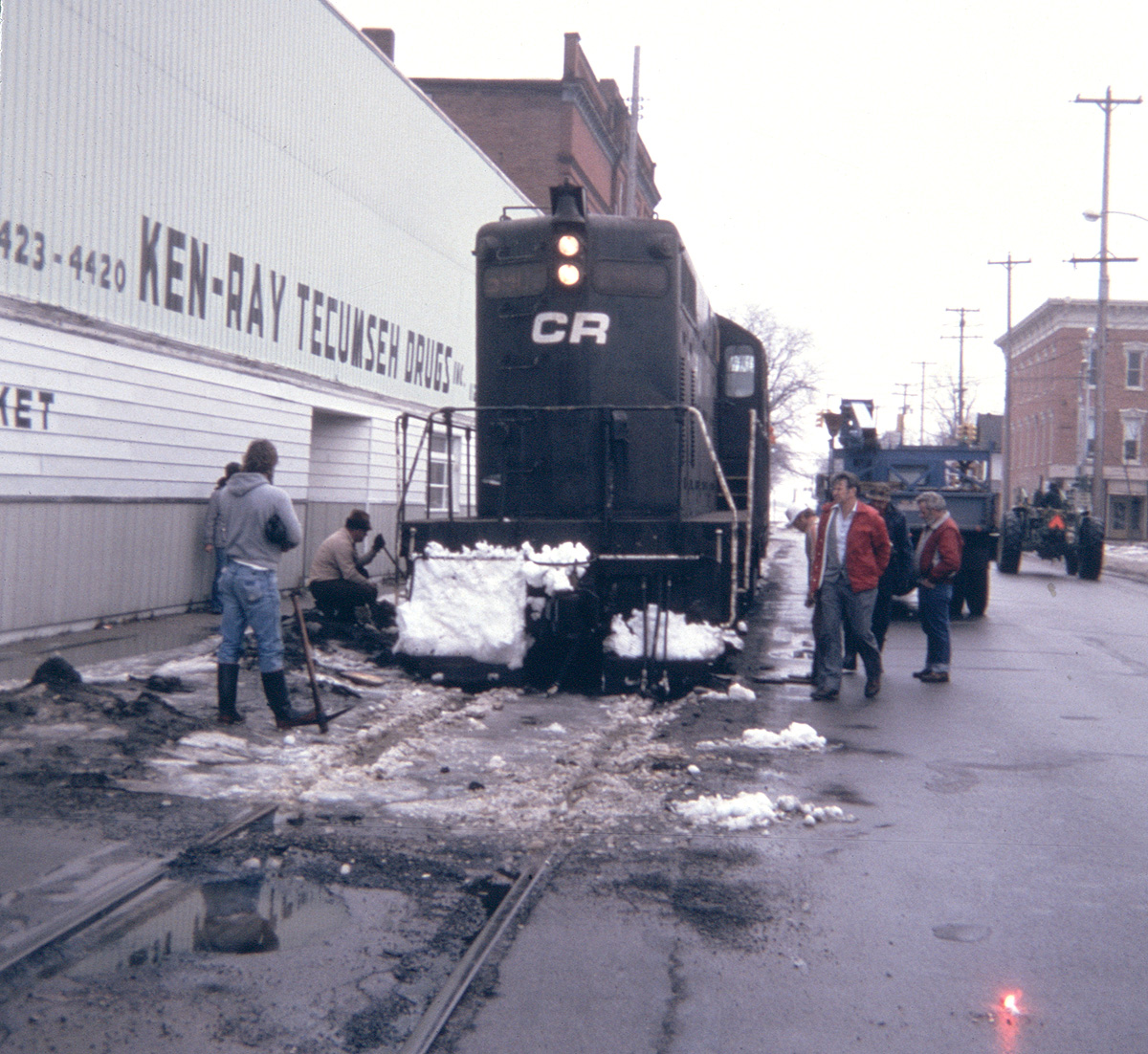 Track crews work to re-rail Conrail GP-7 #5903 in Tecumseh on 11 March 1982. The locomotive had derailed on ice in front of Ken-Ray Drugs. (Photograph by Brad Barritt)

After re-railing the locomotive, the train continued north to Clinton to collect empty cars from Pallox, Inc., before heading south the same day. Without ceremony, Conrail had left town, leaving the future of the tracks up in the air. 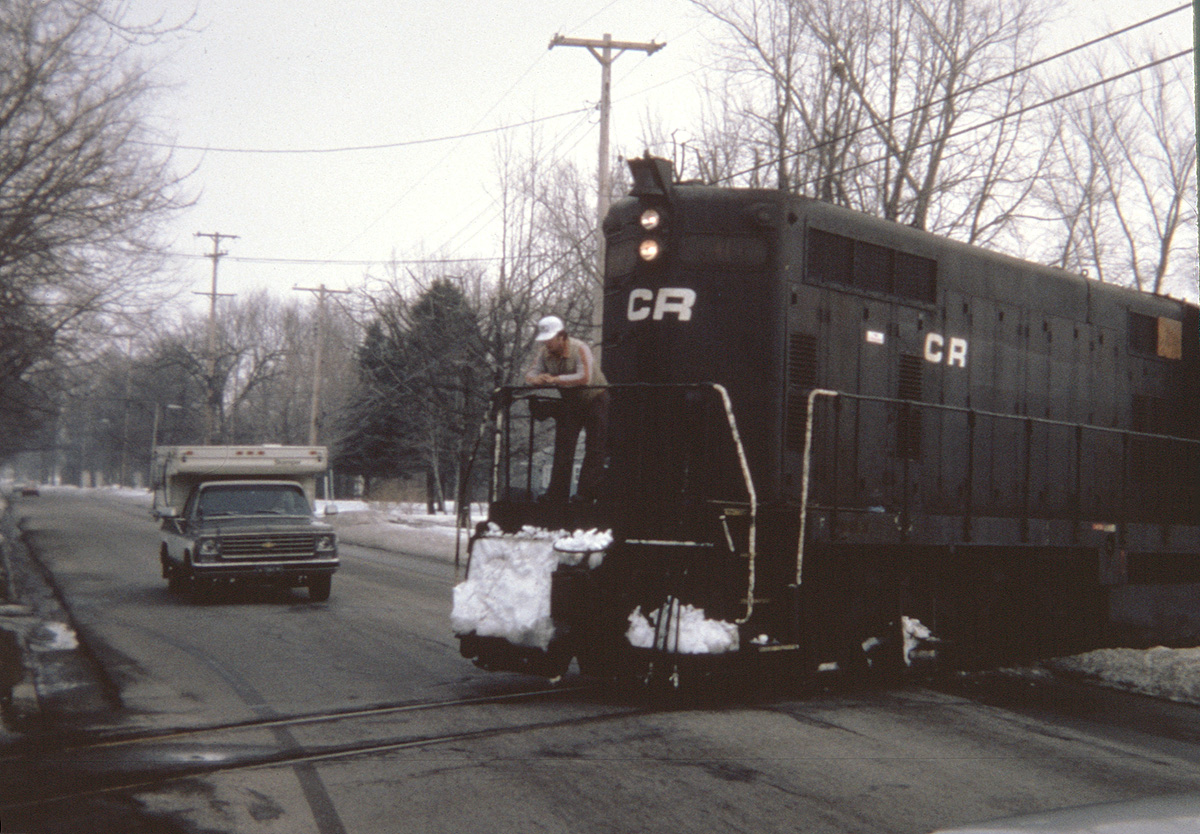 Conrail #5903 crosses Brown Street in Tecumseh, with the last freight train for Clinton on 11 March 1982. A crewman looks for any obstacles, following the earlier derailment south of here. (Photograph by Brad Barritt)

Thanks go to Brad Barritt for documenting the last run and providing these photographs.