Conrail’s days as the operator of the Clinton Branch from Lenawee Junction to Clinton, Michigan were coming to a close at the beginning of 1982. The company had already applied to abandon the line, and the only active shippers remaining were in Clinton: Tri-County Logging (Hardwoods of Michigan) and Pallox Corporation. A Conrail local would operate on an as-needed basis from Air Line Yard in Toledo to Clinton and return. The cold, snowy-and-icy winter of 1981–2 was taking its toll, and derailments were frequent.

On 07 March 1982, photographer Edward Hodges visited Clinton and photographed some newly-delivered freight waiting to be unloaded. By the middle of the same month, the last Conrail local will have run to Clinton, and freight service will be ended forever. 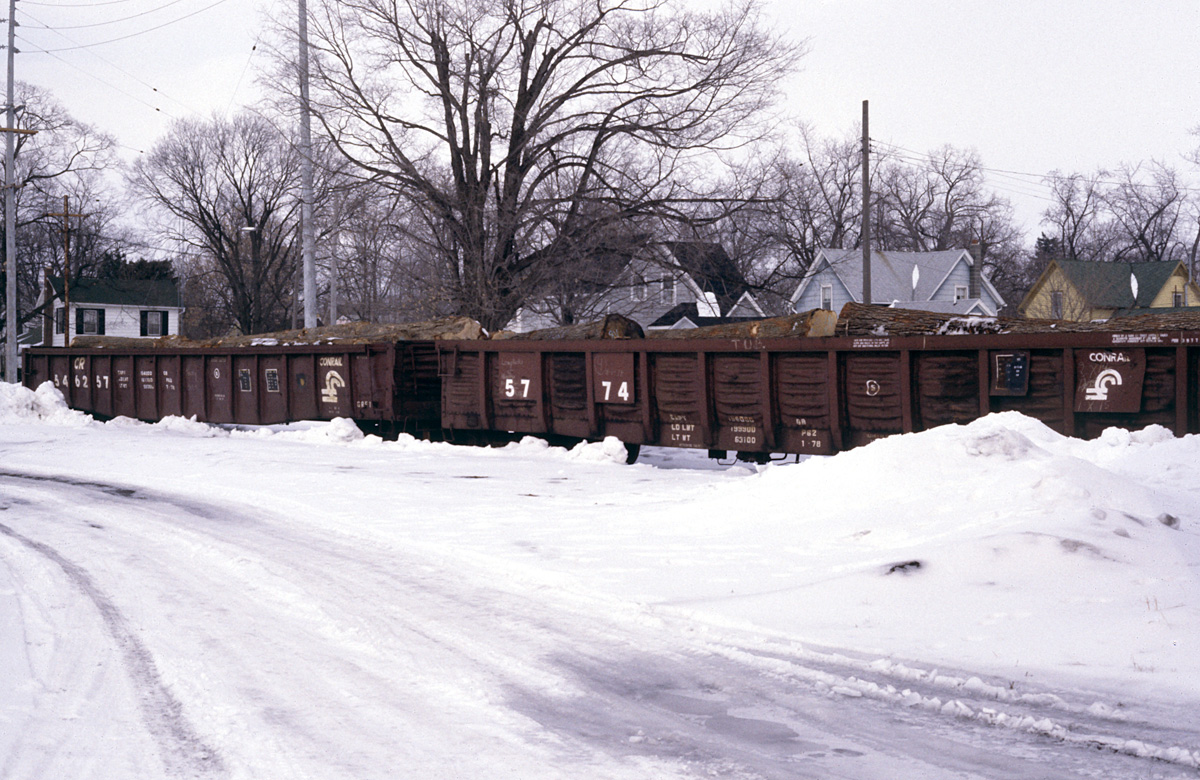 Two Conrail gondolas loaded with logs for Tri-County Logging sit on the passing track in Clinton on 07 March 1982. This was a relatively new type of traffic to the Clinton Branch, having started in the last few years of the line’s Conrail ownership. (Edward Hodges photo) 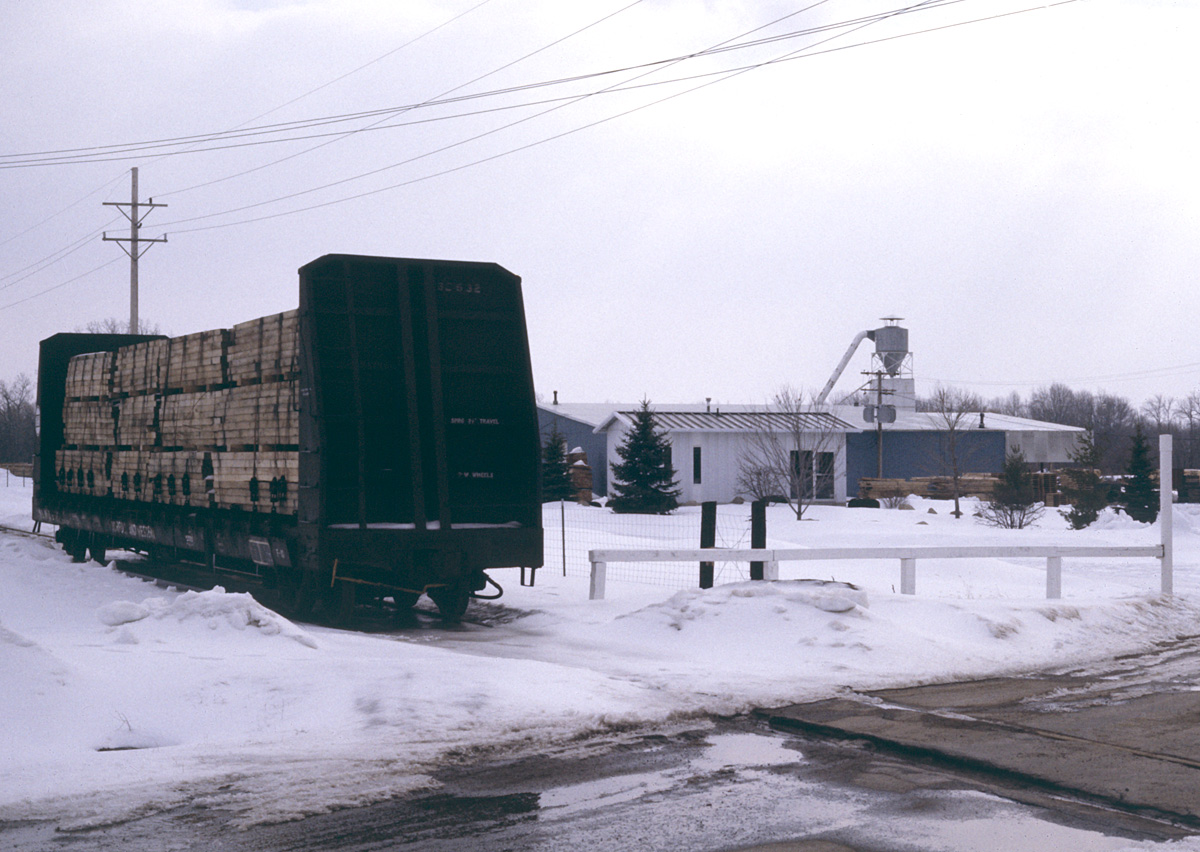 An N&W bulkhead flatcar loaded with lumber awaits unloading at the Pallox Corporation in Clinton, Michigan on 07 March 1982. Pallox was a manufacturer of pallets and did not have their own siding. Inbound freight cars were simply left on the main line, and a Pallox forklift came out to unload them. After Pallox went bankrupt, their facilities were purchased by the Friends of the Southern Michigan Railroad Society, nearly 30 years after this photo was taken. (Edward Hodges photo)