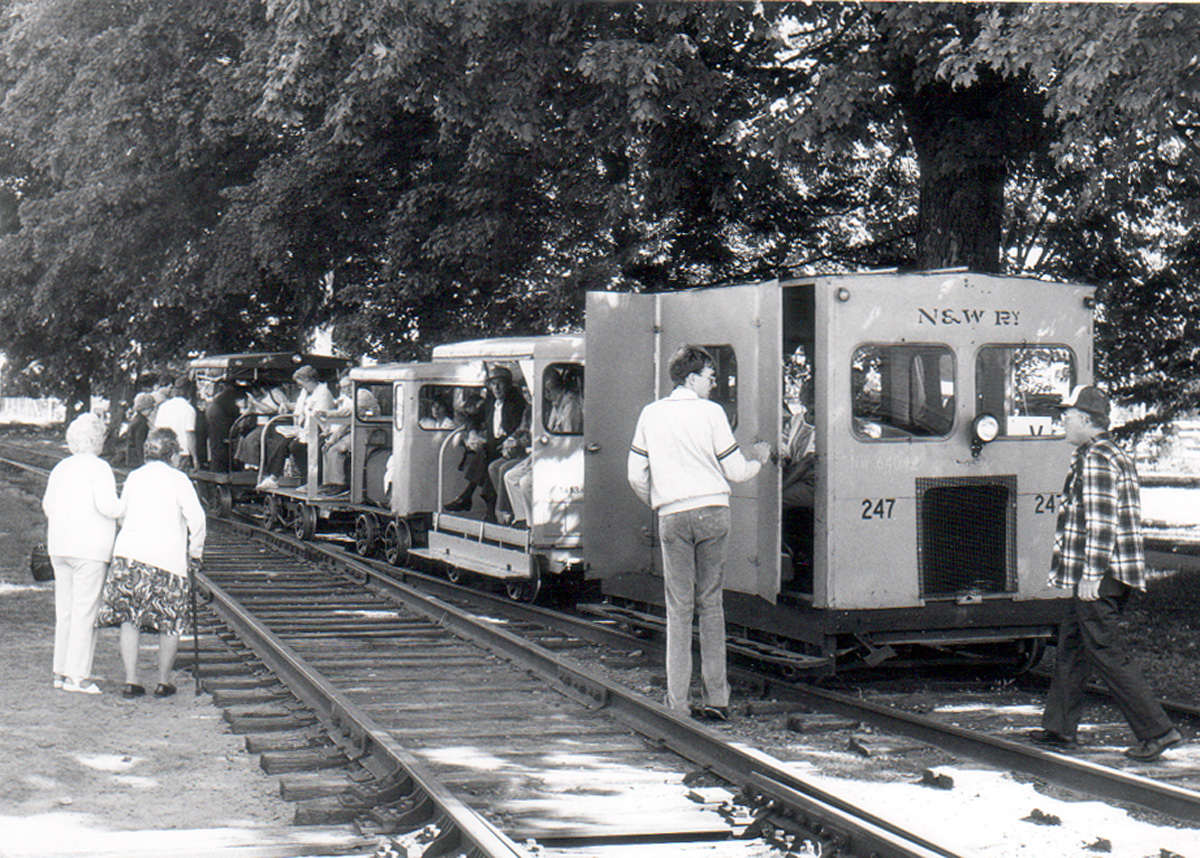 Michigan Railroad Club excursion on the SMRS at Clinton, Michigan on 06 September 1986. (The Cross Tracks archive)

It’s 06 September 1986, and a busload of members of the Michigan Railroad Club set out from Dearborn, Michigan on one of the club’s “mystery” trips, today for a visit and ride on the Southern Michigan Railroad.

The SMR prepared a number of track cars to haul the 50 or so passengers down the line from Clinton to Tecumseh, where they would re-join their bus tour. In the photo, the blog’s author and driver Ron Weyher “button up” the train and prepare for departure from Clinton. It looks like the ladies on the left perhaps decided to forego the train ride!

Pity the poor passengers inside ex-N&W motor car #247, a Kalamazoo gang car. With doors closed (and no opening windows), this car could quickly fill with exhaust fumes! And the noise level inside was hard to withstand, with all the sheet metal of the home-made cab rattling away! N&W #247 met an untimely demise the next summer, when it derailed south of Clinton after one of the younger and more enthusiastic SMRS members decided to take the car on a high-speed run. It was returned to the Clinton yard, but with a bent frame, it was not to run again. (The car was known within the organization as “Bob’s Box”, as the owner was one Bob MacDowell.) 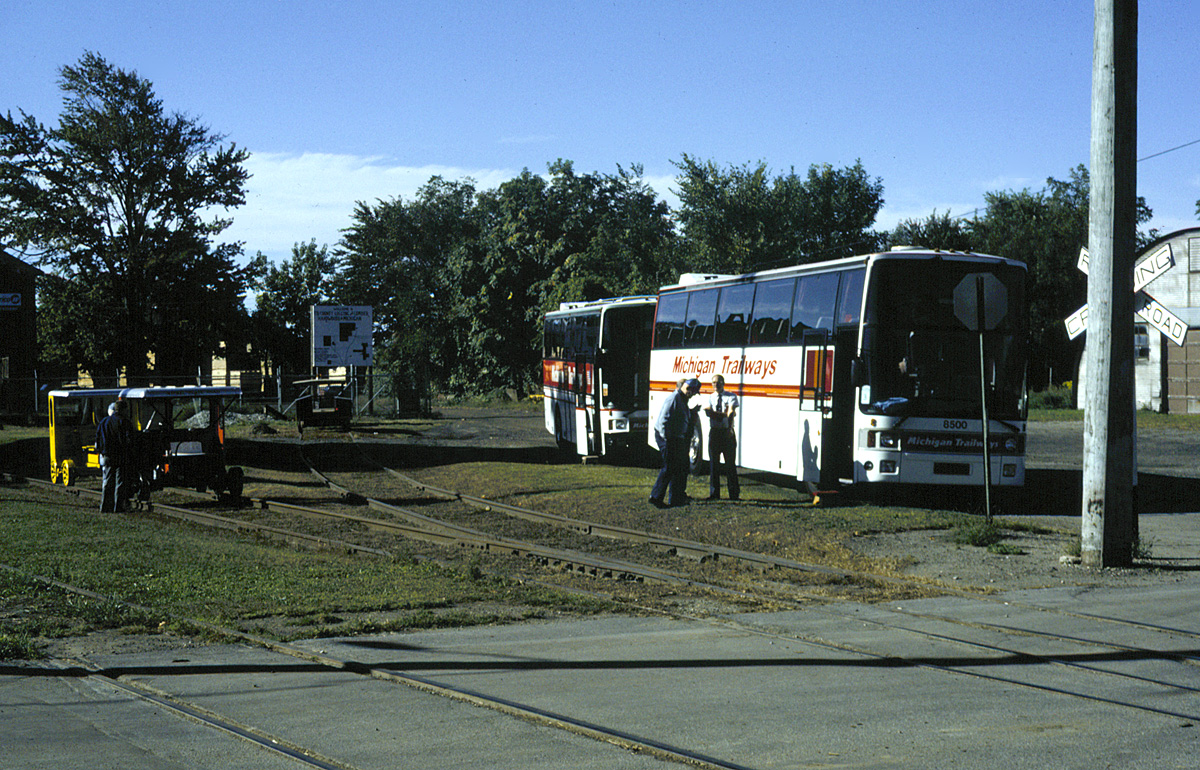 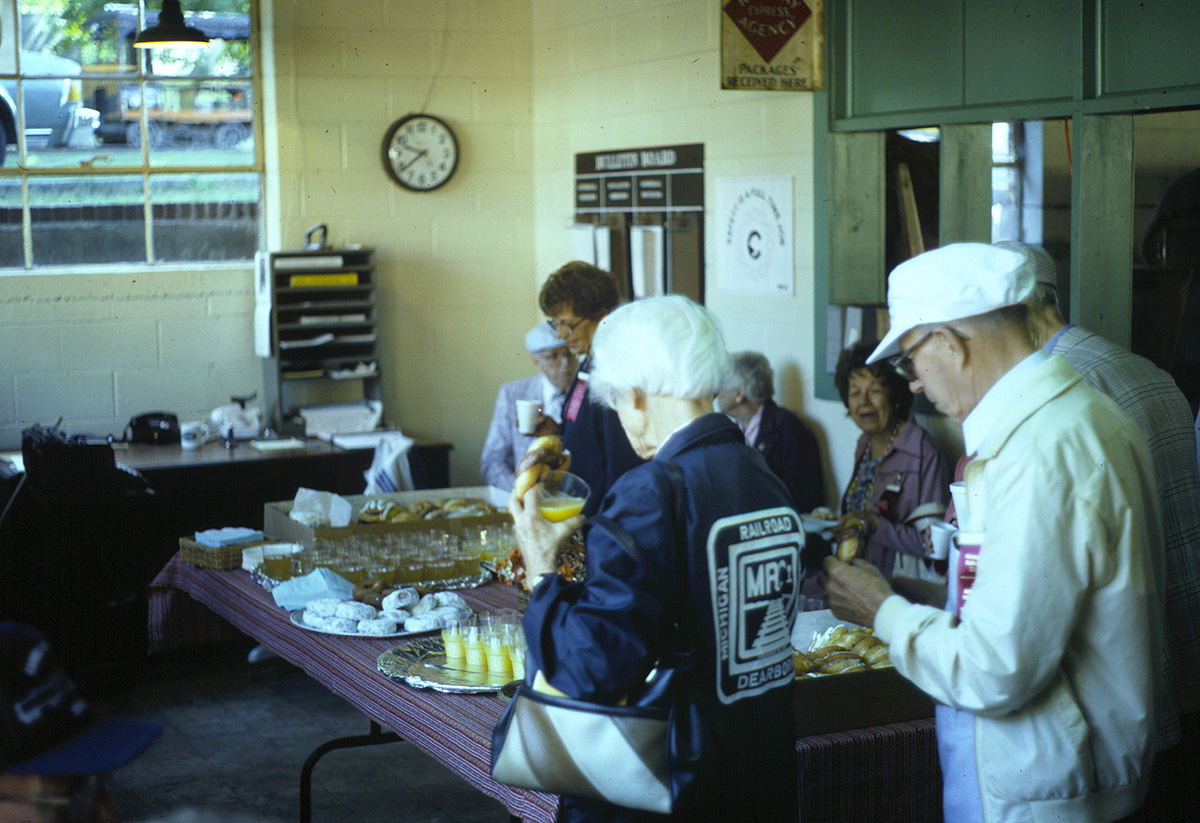 The MRC members were served refreshments in the Clinton “operator’s office” before setting out on their ride.