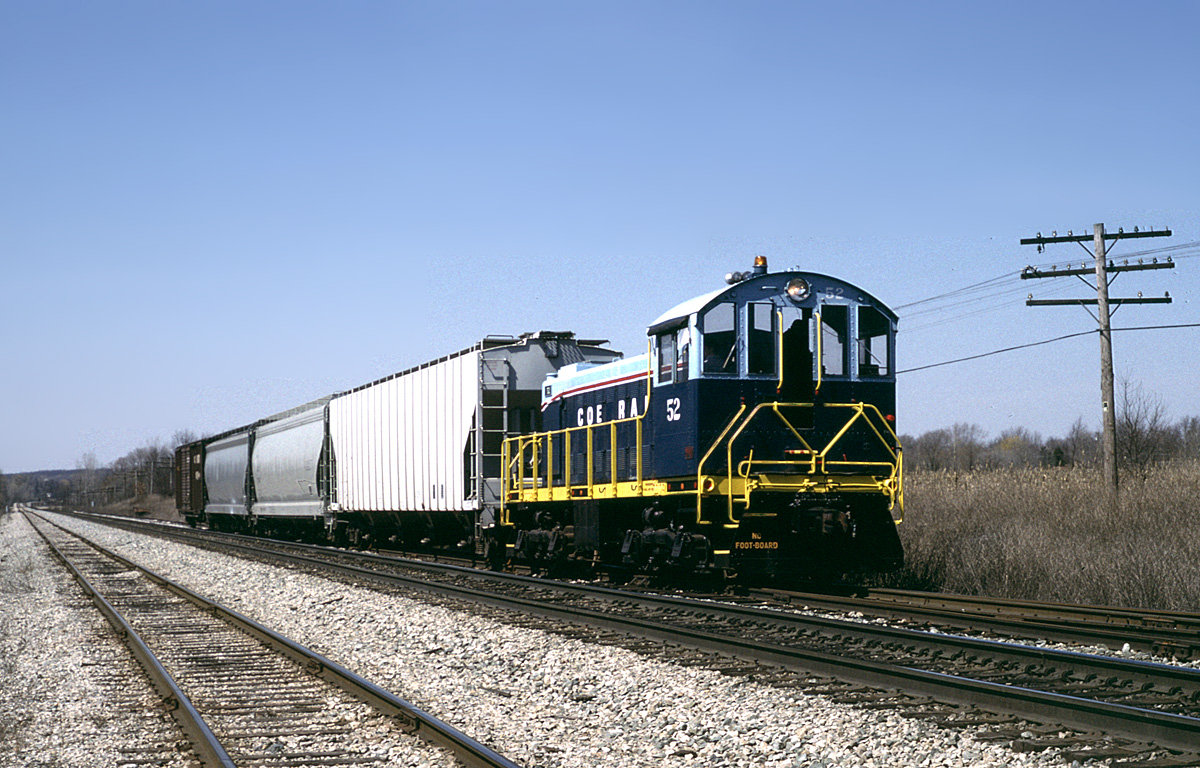 Coe Rail (CRLE) was incorporated in 1984 and operated over a section of the former-Grand Trunk Western “Air Line” between Wixom and Walled Lake, MI. The little short line had a reasonable amount of freight customers at the time, and also operated weekend and charter excursion trains.

#52 came from the Port Huron & Detroit Railroad, and is still wearing that road’s colors.

Coe Rail was sold in 2006 and became the Michigan Air Line Railroad. The line was later abandoned, and scrapping took place in 2012.