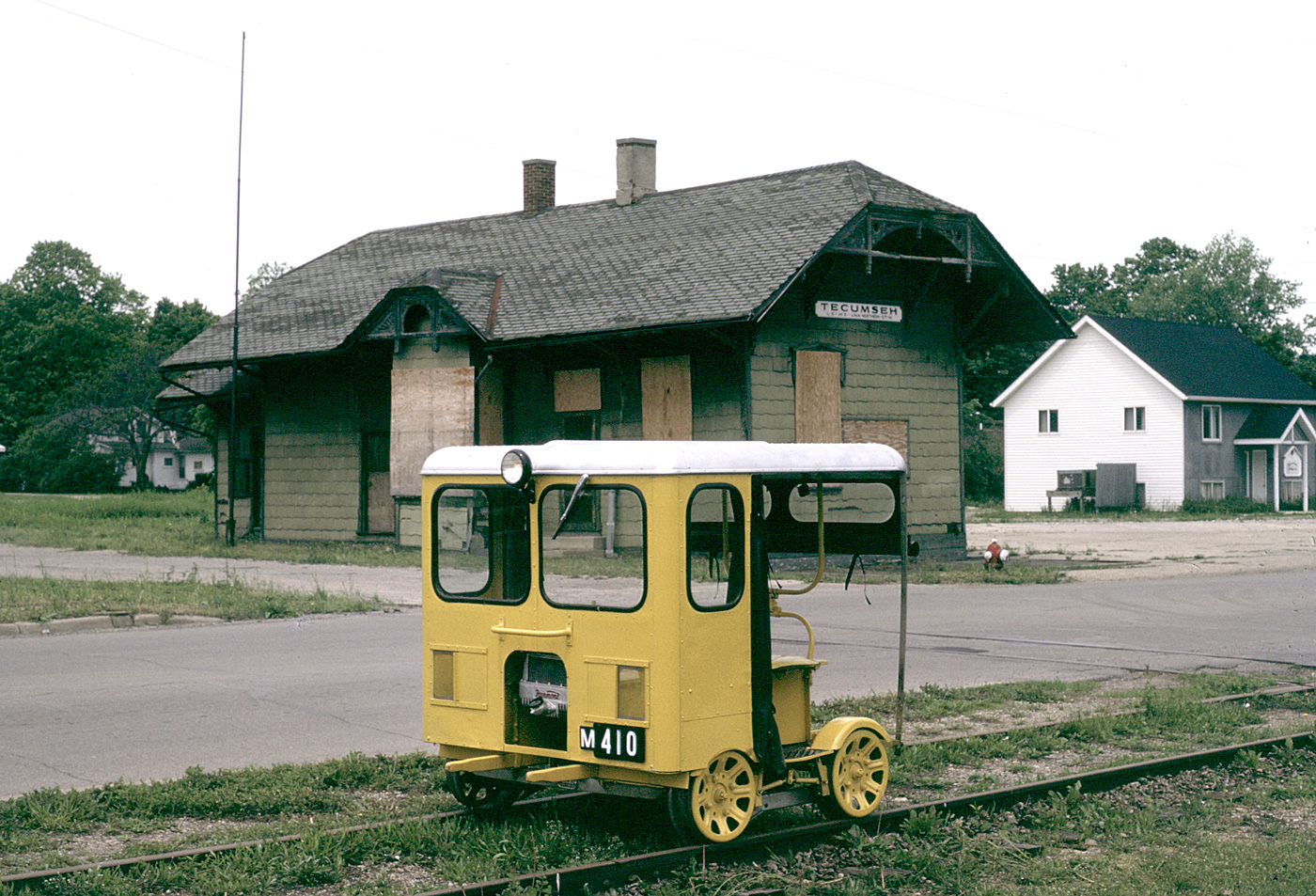 A motor car passes the Tecumseh Junction depot on 26 May 1986. (Jeffrey Dobek photo)

A photo from the archives for today. The author’s Fairmont M19-F-2 motor car, built for the Norfolk & Western Railway and delivered to Crewe, Virginia in 1950, passes the depot at Tecumseh Junction on 26 May 1986, running on the Southern Michigan Railroad Society’s (SMRS) track.

Here you can see that both the north/south (Jackson Branch) and east/west (Detroit, Toledo & Milwaukee) tracks are intact, crossing on a diamond just out of the picture to the right. The DT&M depot is in its last days at this location. A local lawyer bought the property, and tore than the coal shed which stood to the right of the depot in order to build his new office (visible in the photo). He had plans to build a similar building on the depot site, which led to the depot being moved to downtown Tecumseh. (More on this in a future blog post…)

The motor car, although originally an N&W car, was restored as a New York Central example to better fit its use on the SMRS. A New York Central logo would shortly be applied to the car’s sides, after this test run.