Close call on the ZSSK

I spent my 2008 summer holiday with a friend traveling through Central Europe. Starting in Poland, we set off for Hungary. After a few warm days in Budapest, we started the return trip, traveling north through Slovakia back to Poland.

We spent a few days in the relatively undiscovered city of Kosice in eastern Slovakia. The city has a wonderful old town, cathedral, and location. 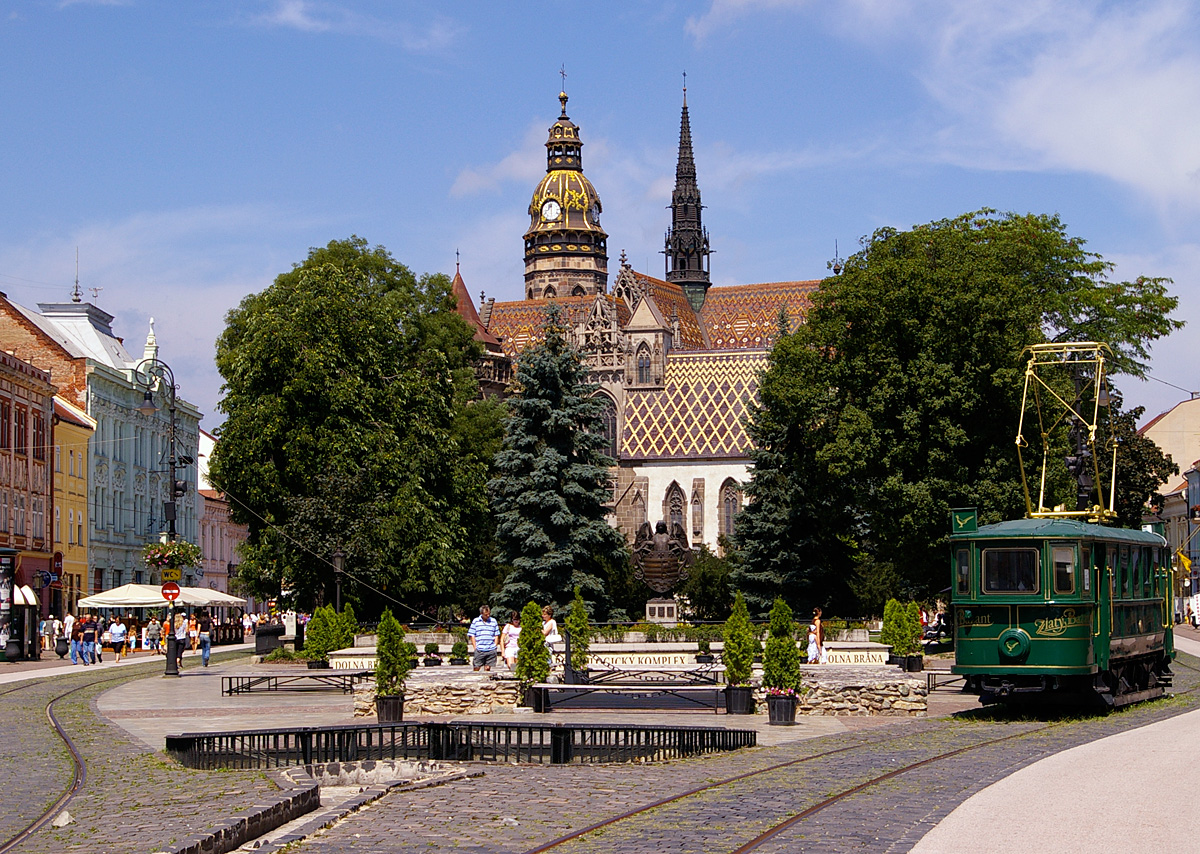 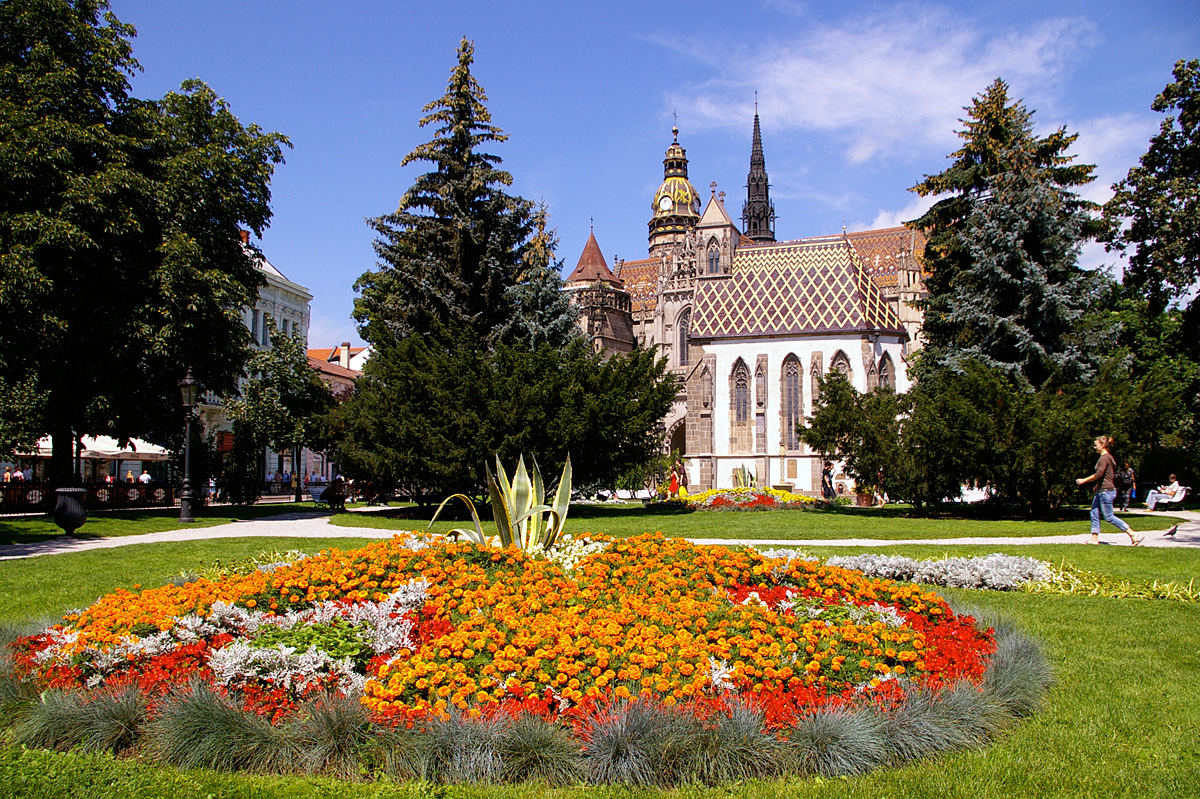 After a day or two in Kosice, on 04 August 2008 it was time to head west to the gateway to the Slovakian Tatry mountains, Poprad-Tatry. We booked seats on one of the many fast trains (possibly train #IC500 “Excelsior”; my notes don’t say) on this route, and departed Kosice shortly in mid afternoon for the trip of just over one hour. The trip was going smoothly, and we enjoyed the picturesque views of Slovakian countryside—meadows, mountains, rivers and tunnels—as we moved along on the electrified cross-Slovakia main line.

As we moved through the mountains, the skies darkened. A torrential storm soon broke out, and rain battered with windows of our carriage. This continued for a short time, and suddenly the train’s emergency brakes came on; outside the window, black cables could be seen right beyond the glass. The train came to a rapid stop, and about the same time the rain let up and the sun came out. Looking outside, something didn’t look right: 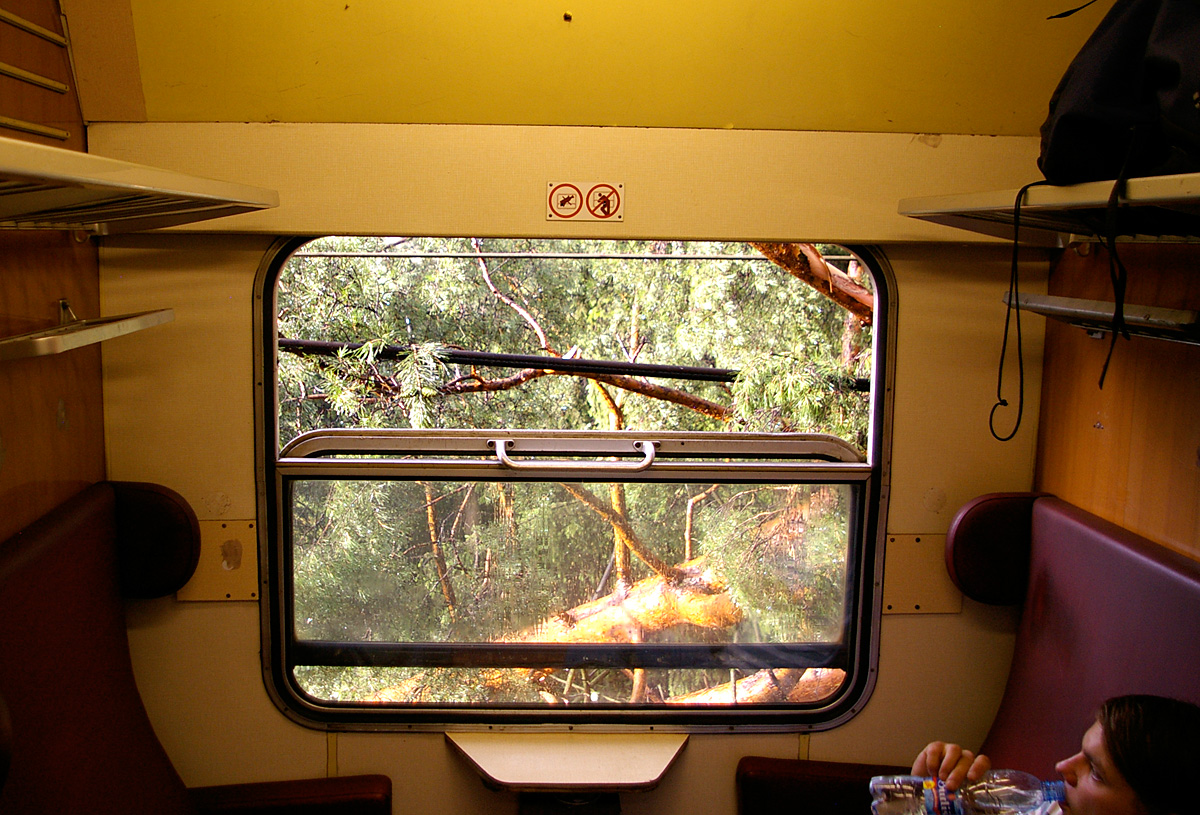 The view outside the window, overhead cables within reach! (Jeffrey Dobek photo) 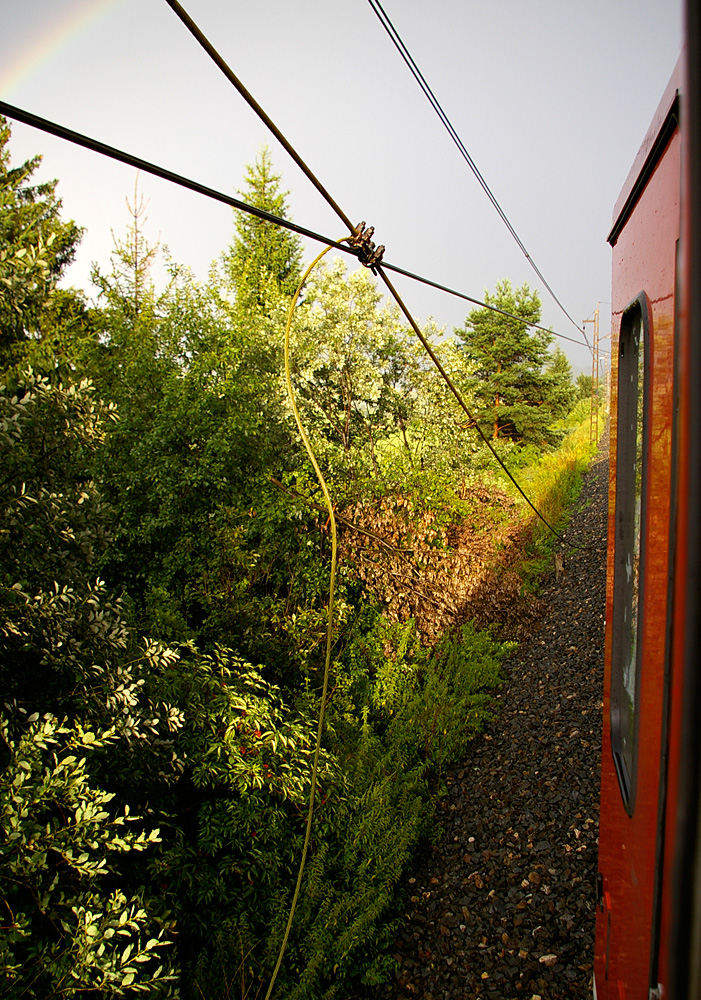 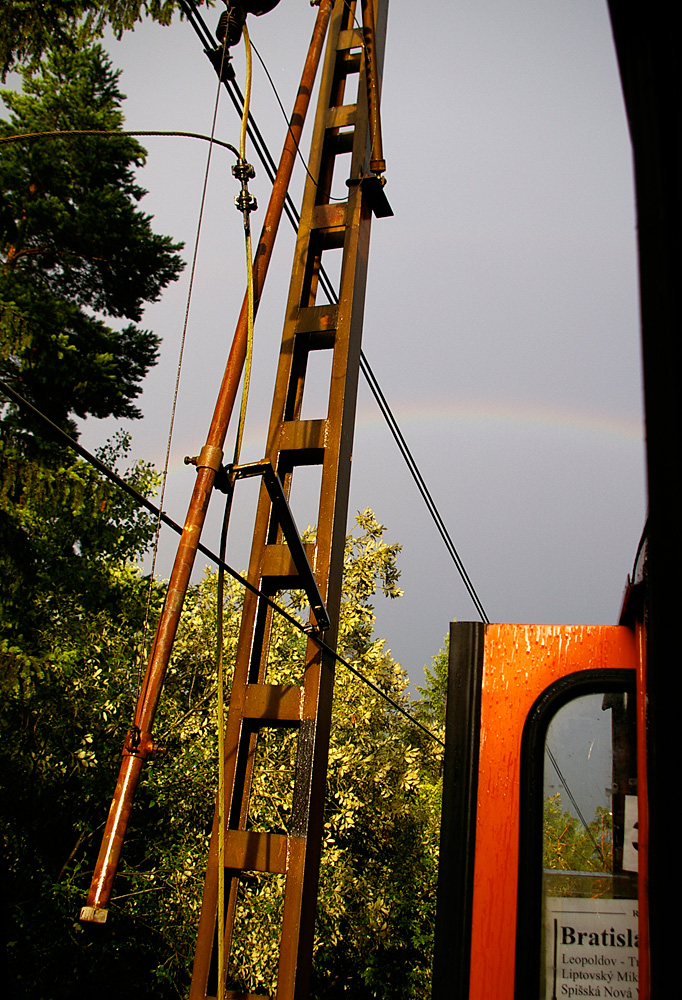 What could have happened that brought the overhead traction wires down? A short walk along the train revealed the answer: 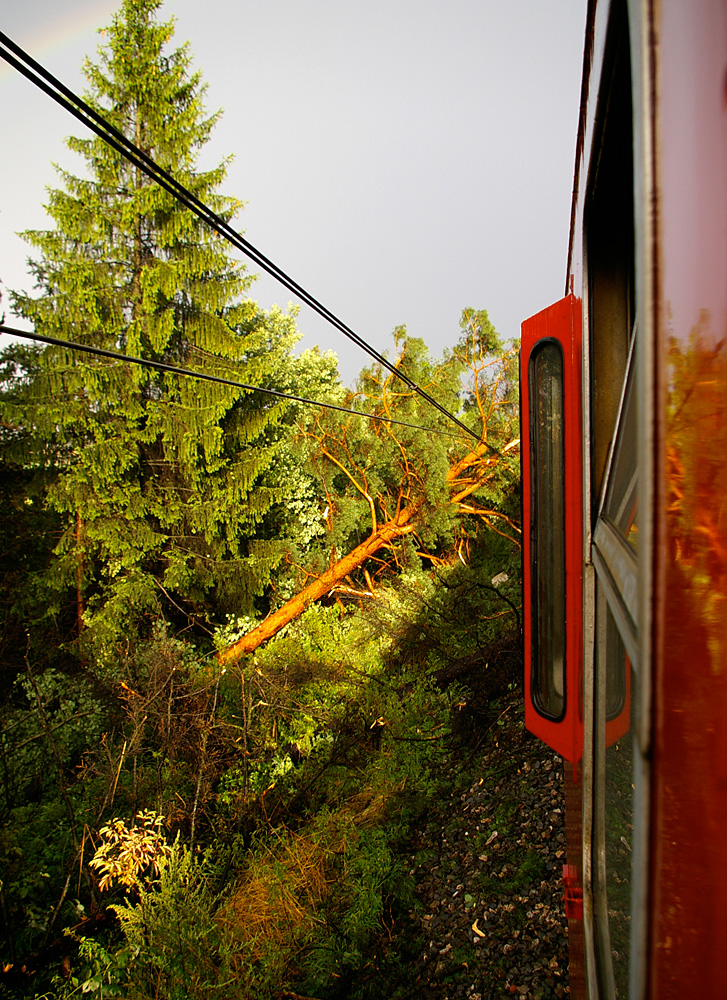 The tree that caused it all. (Jeffrey Dobek photo) 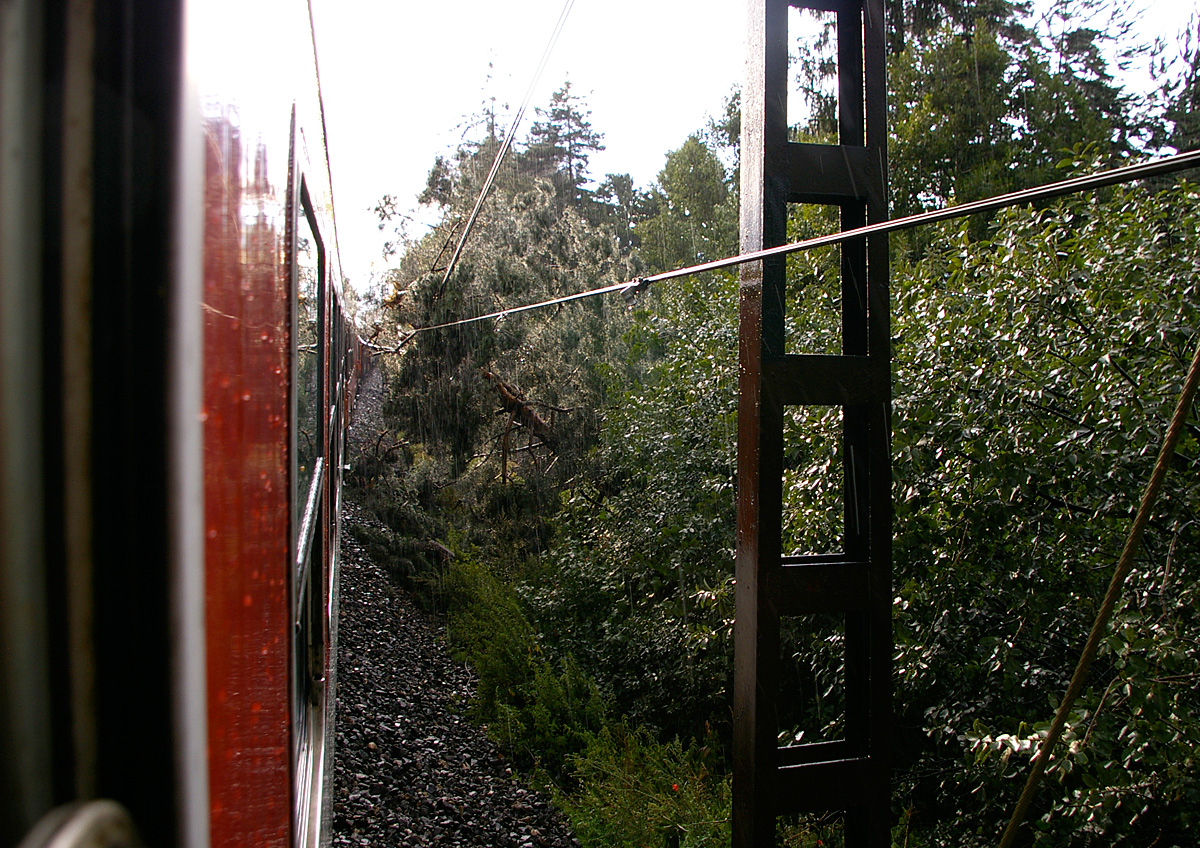 The storm had brought down a tree, and it fell onto the main line, bringing down some of the overhead catenary. It was quite obvious we weren’t going anywhere anytime soon. I noticed a number of people outside the train already, so I also got off to have a look. 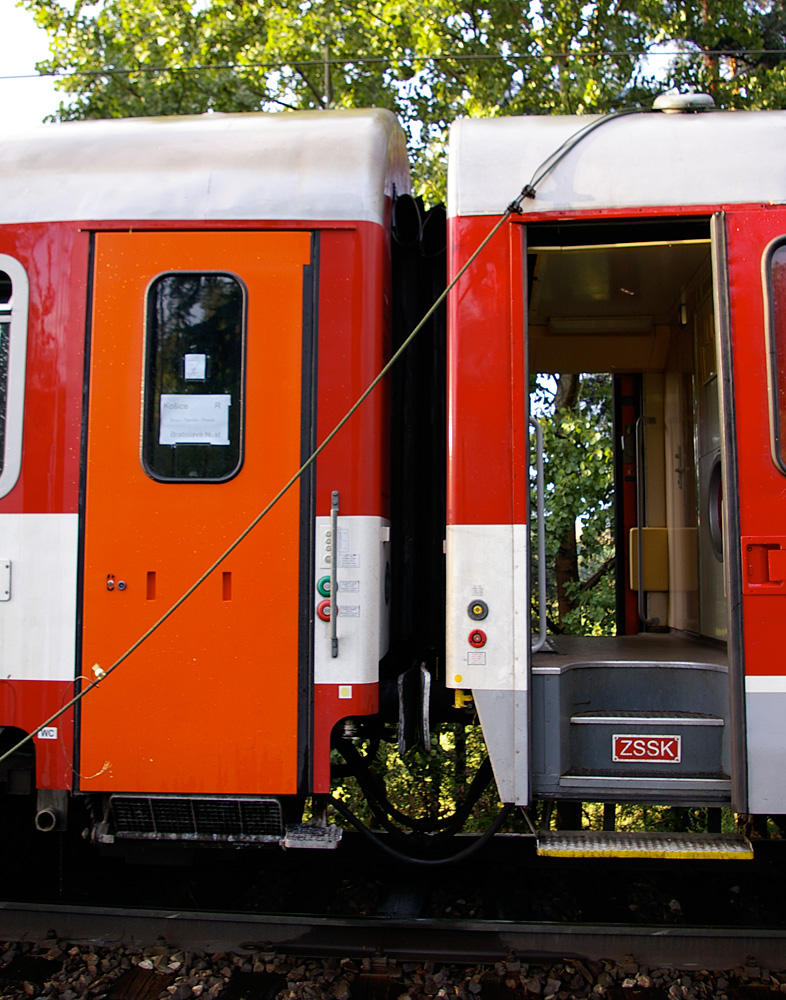 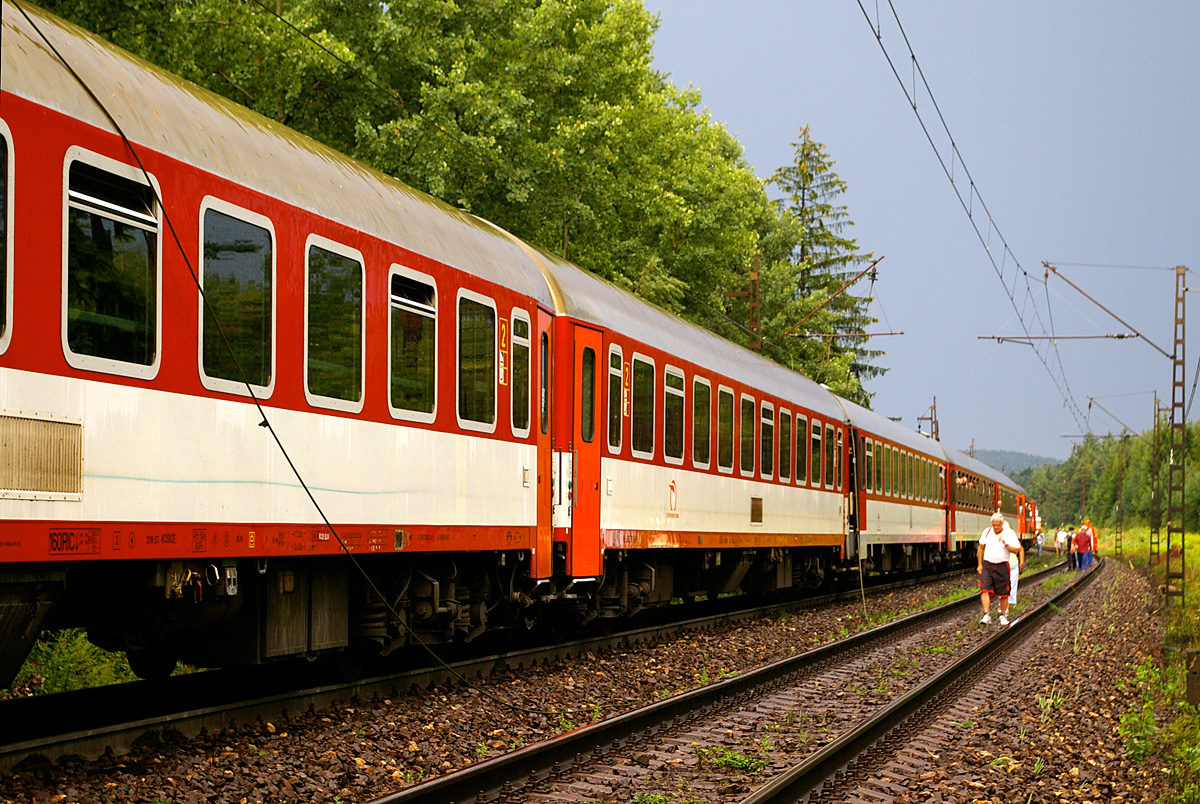 As nothing was going to happen for a while, people started getting off the train. (Jeffrey Dobek photo)

Walking up to the front of the train, it became apparent how serious the accident had been. 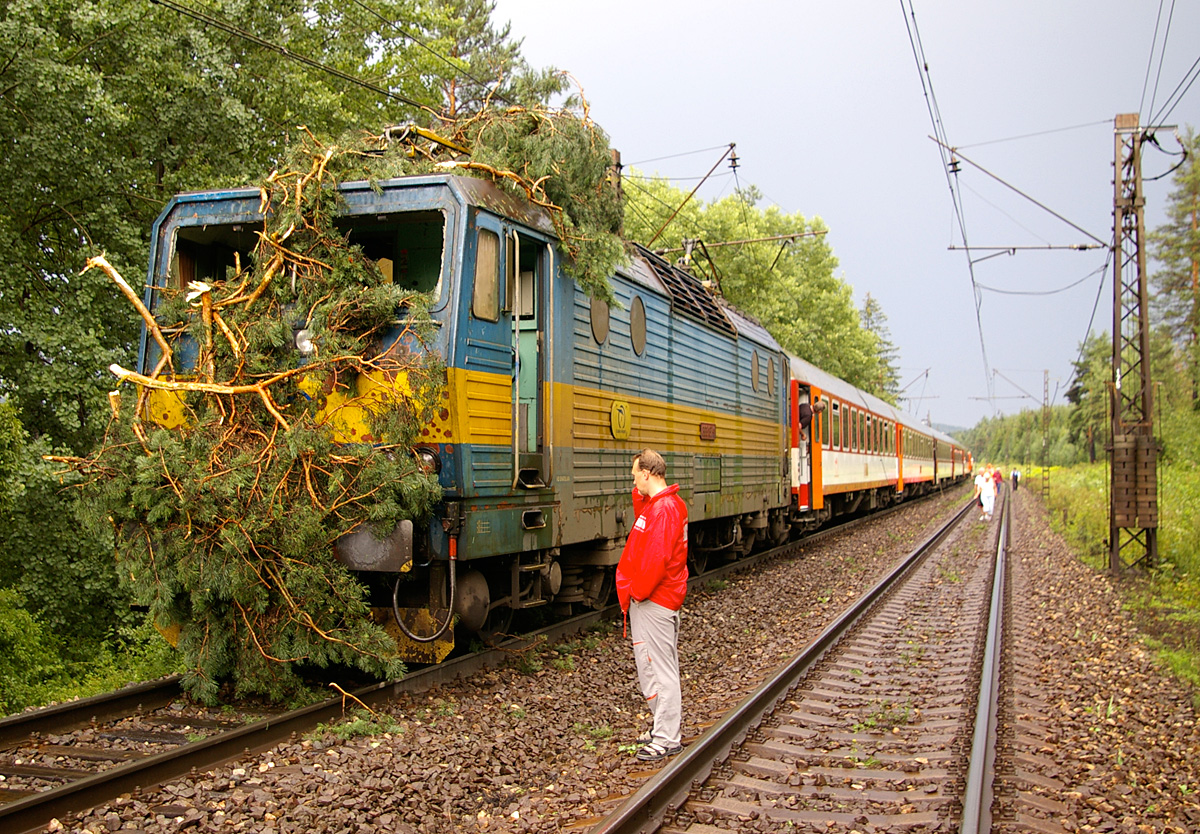 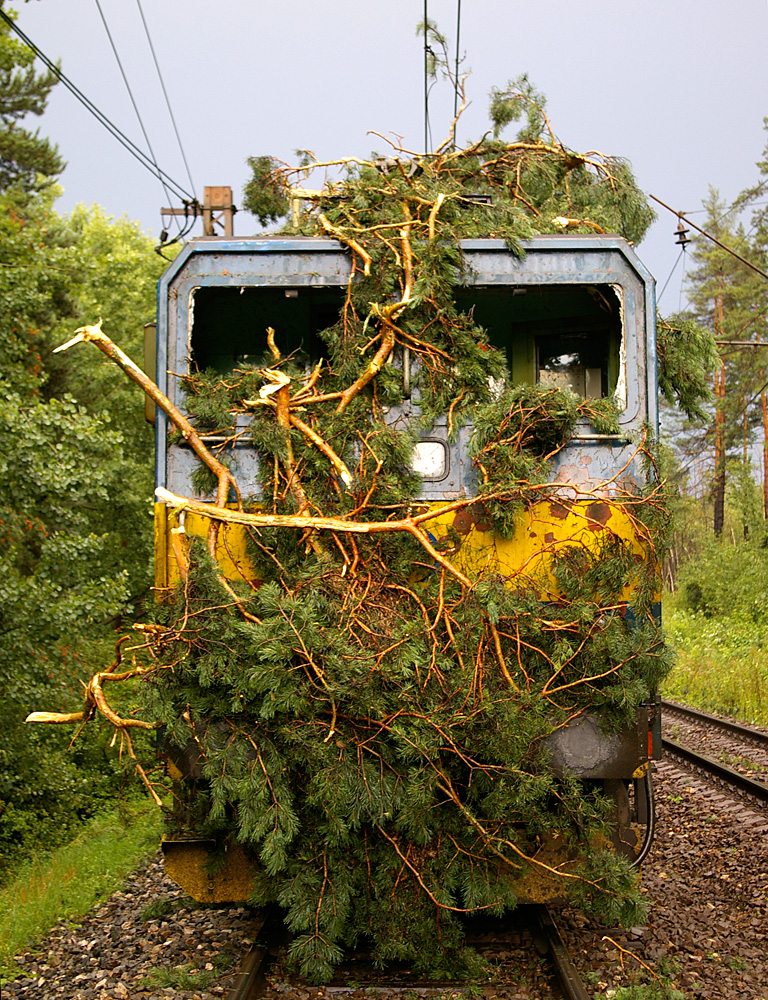 Fortunately, no one was hurt.

So, at this point, there was nothing to do but wait. We were in the middle of a forest in the mountains. It was a pleasant enough spot, but there wasn’t a grade crossing or other sign of civilization. This didn’t stop some passengers from setting out to find something. 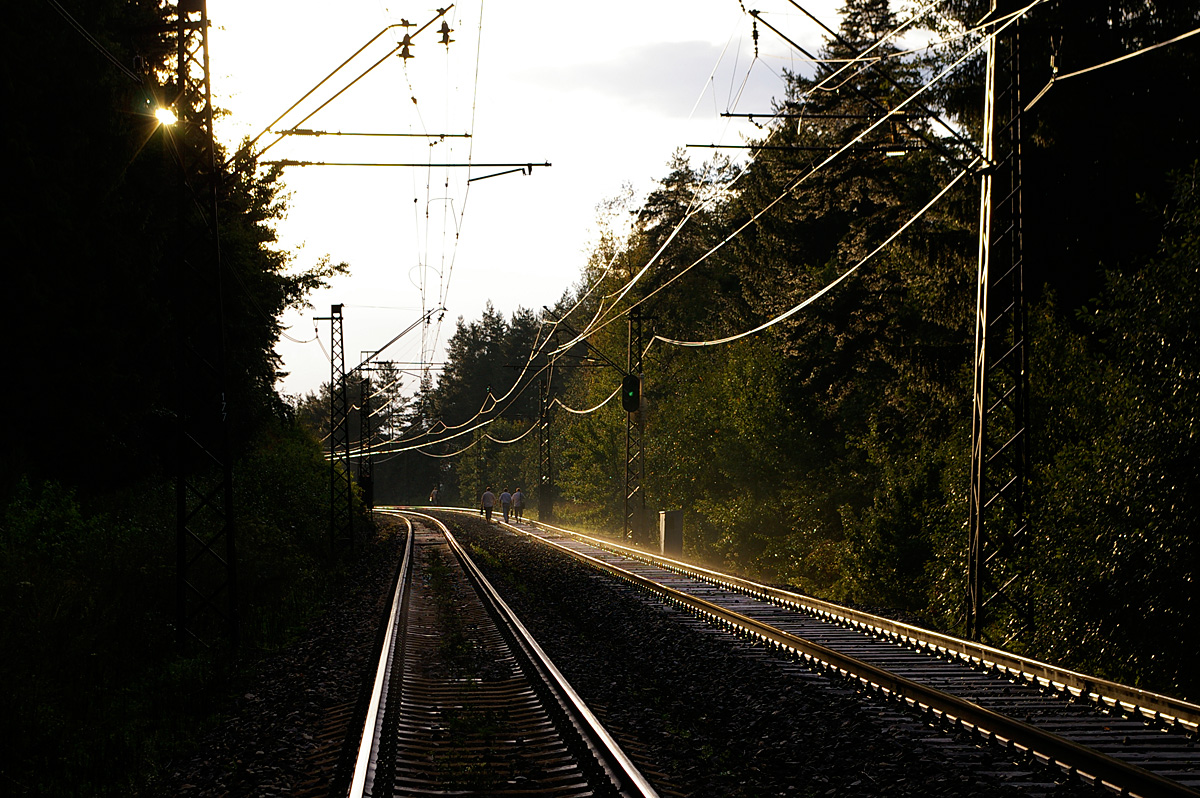 Off in search of civilisation. (Jeffrey Dobek photo)

During the wait, the restaurant car continued to sell cold beer, and passengers took it all in stride, calmly waiting. 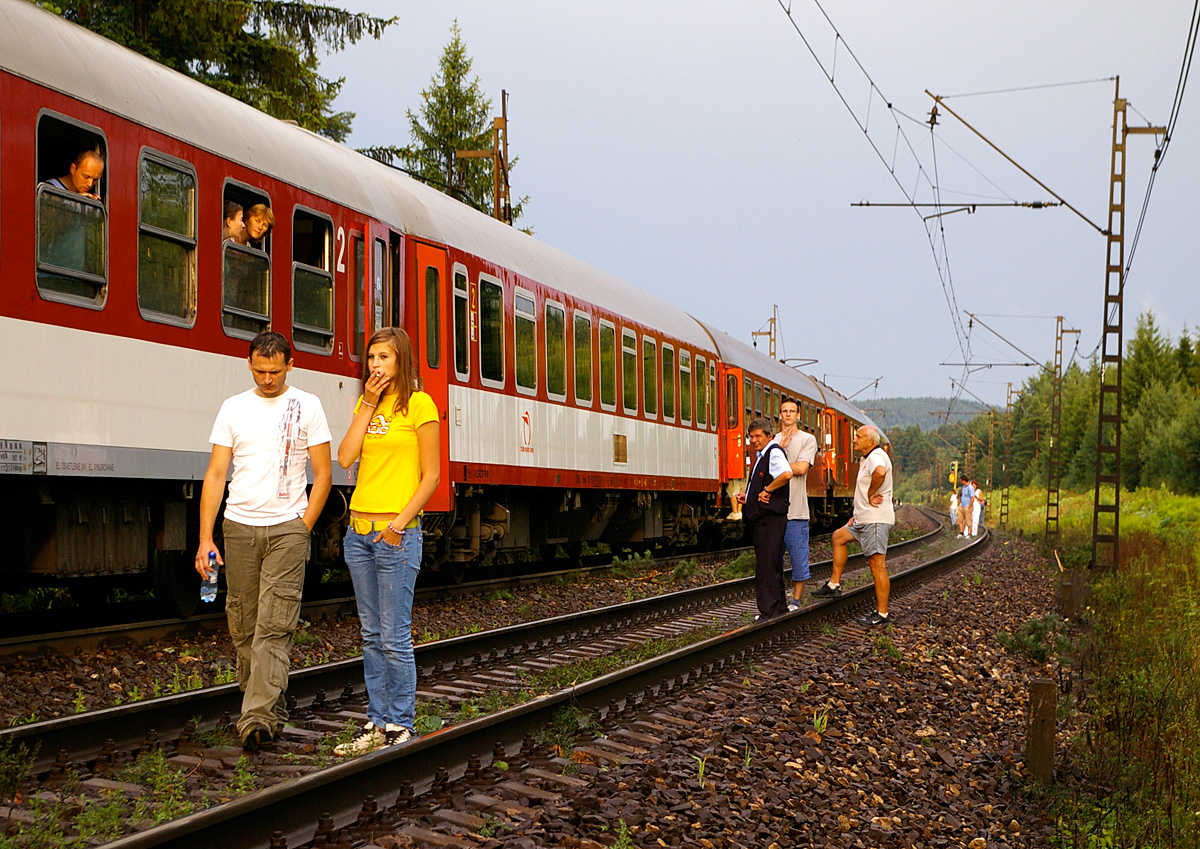 After some time waiting, a work crew showed up. 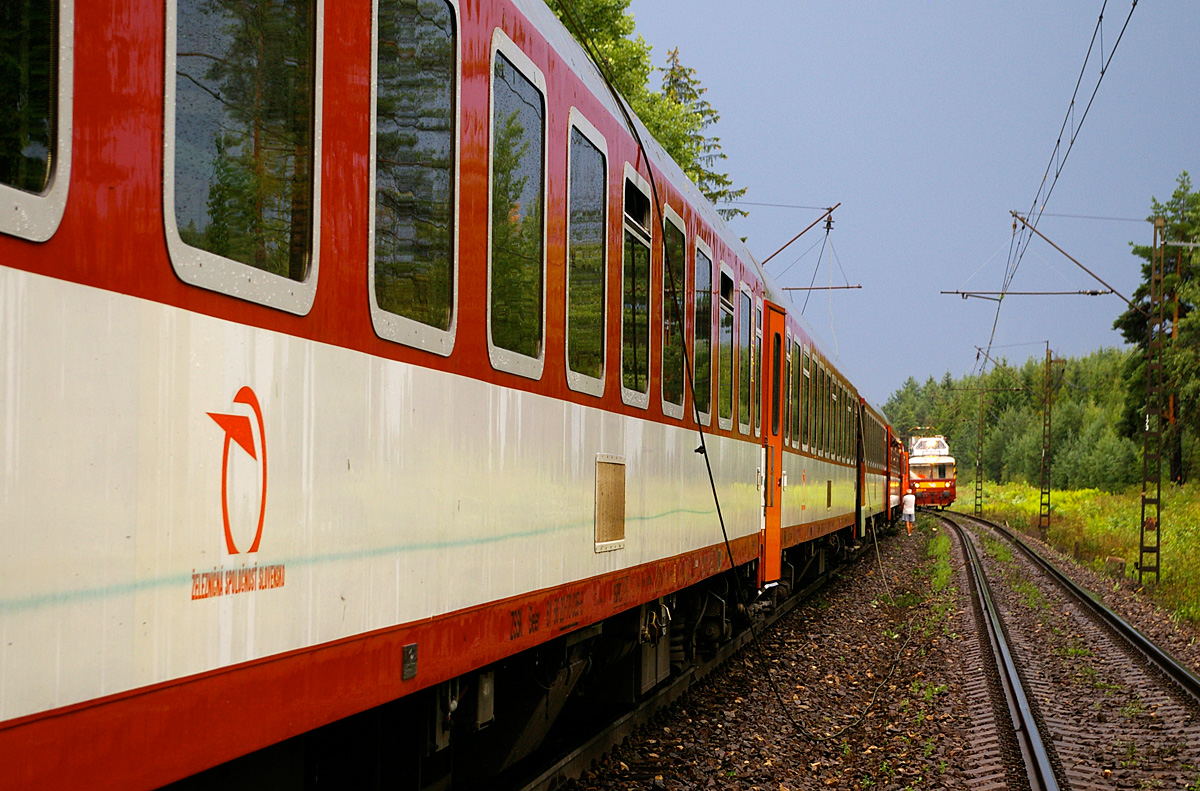 And it was time to start untangling the big mess. 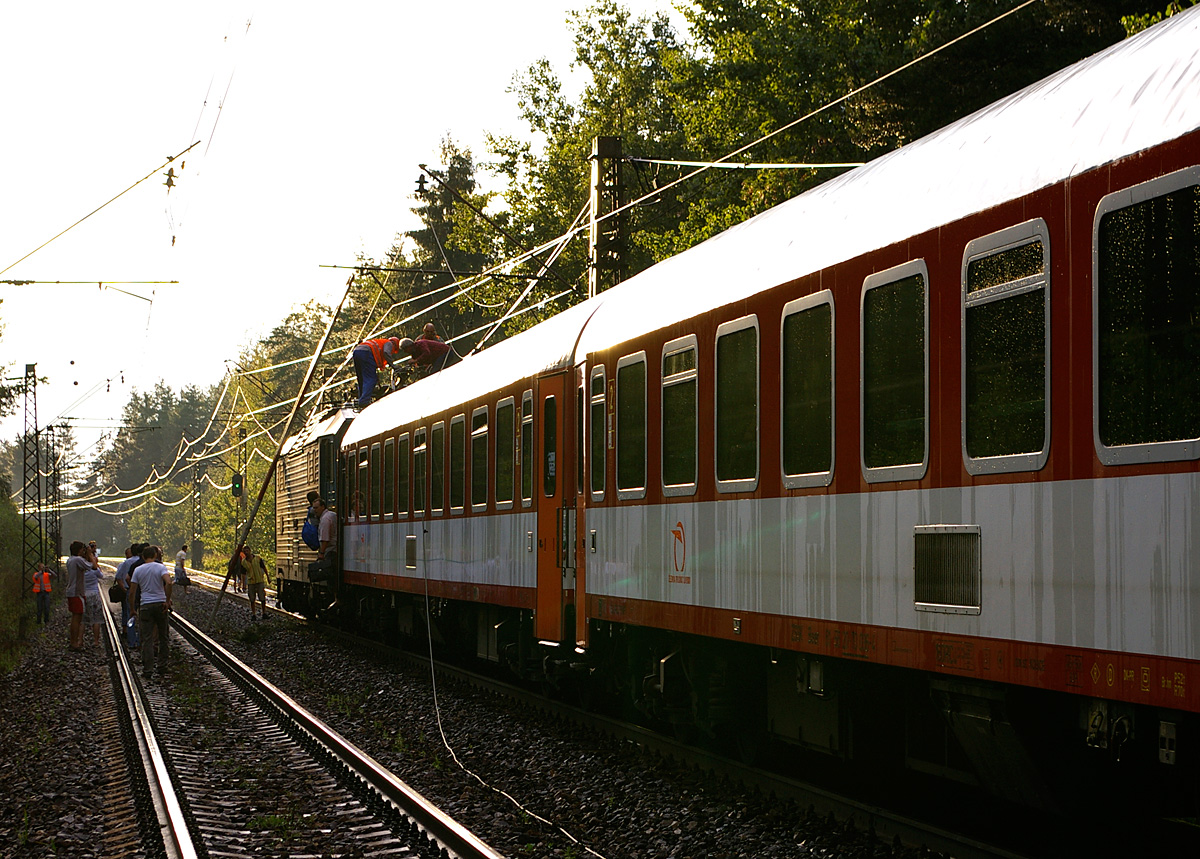 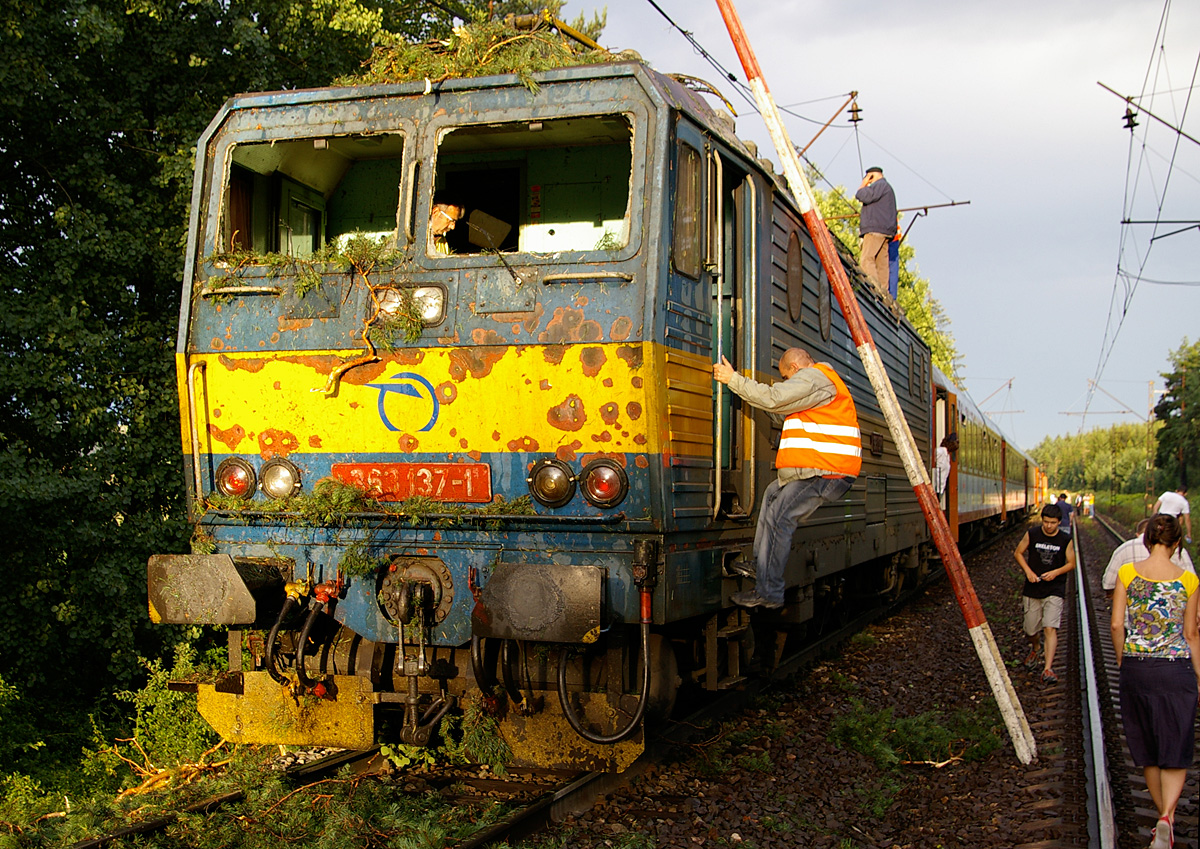 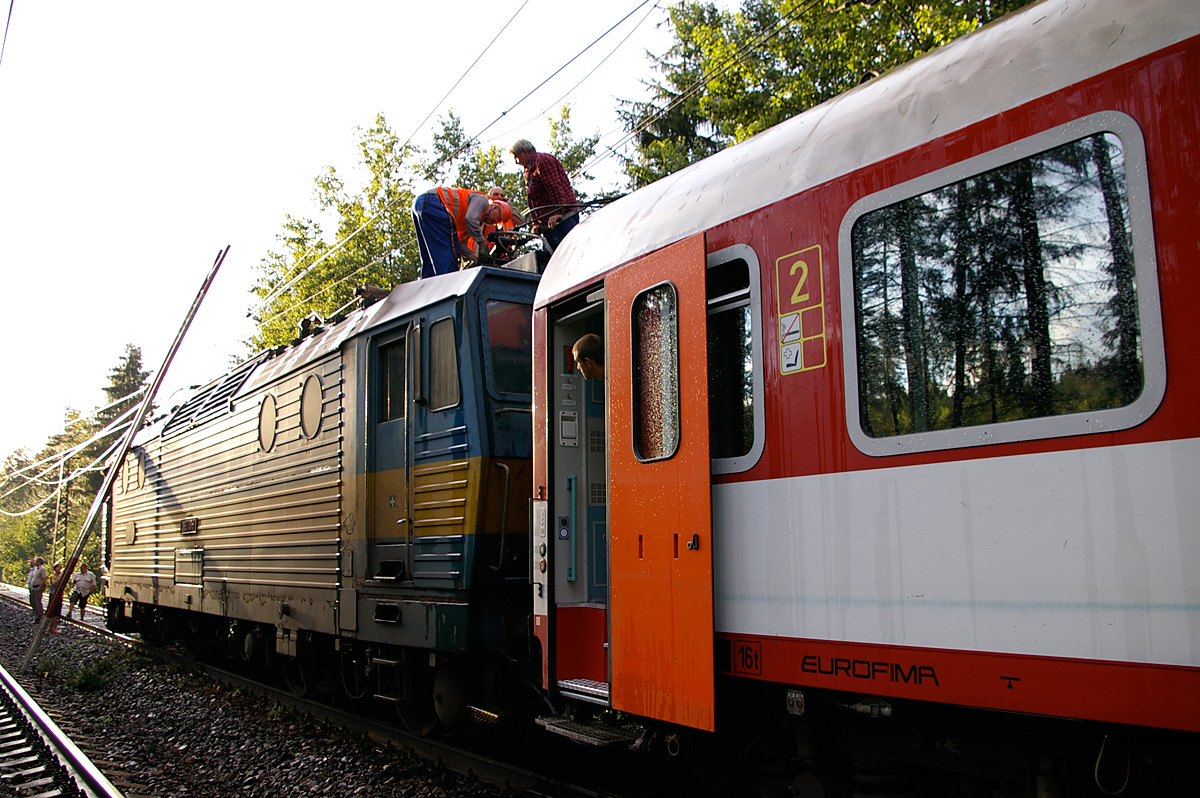 Finally, about 2 hours after the collision, a small diesel locomotive arrived from Poprad, coupled onto the train, and led us through the twilight the remaining few kilometers to Poprad-Tatry. 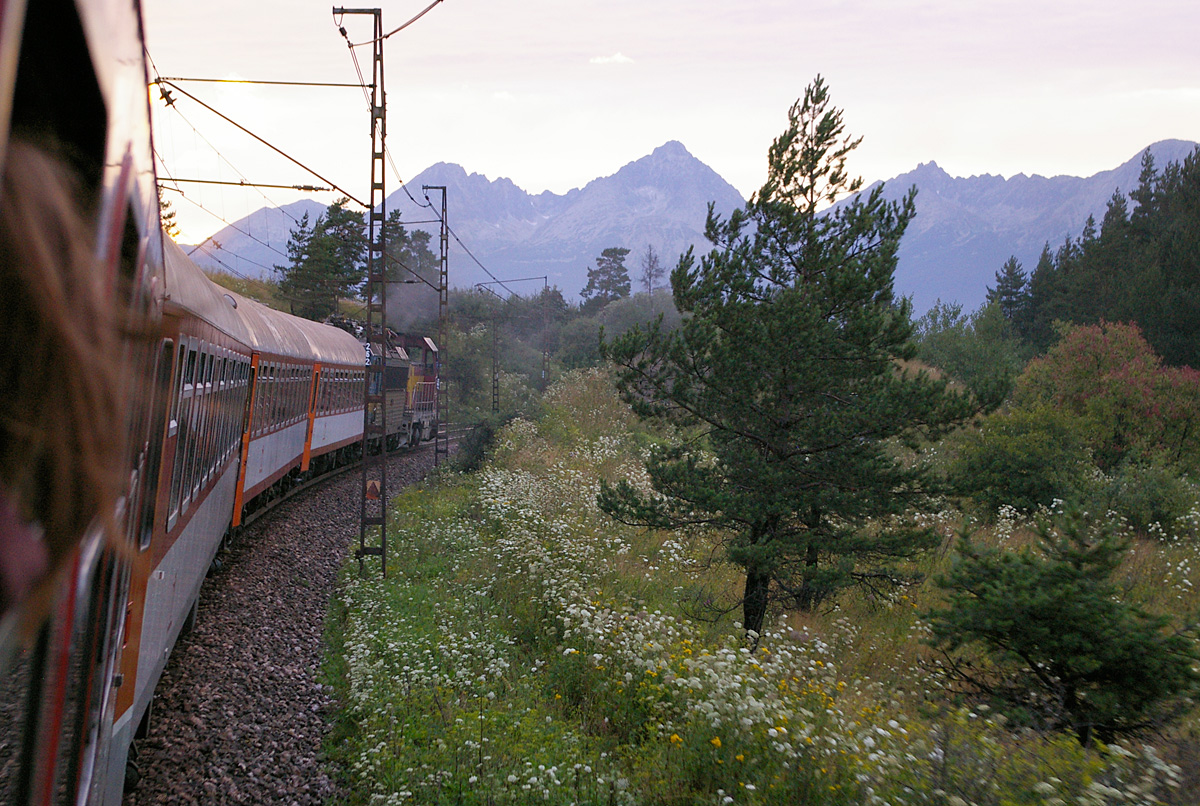 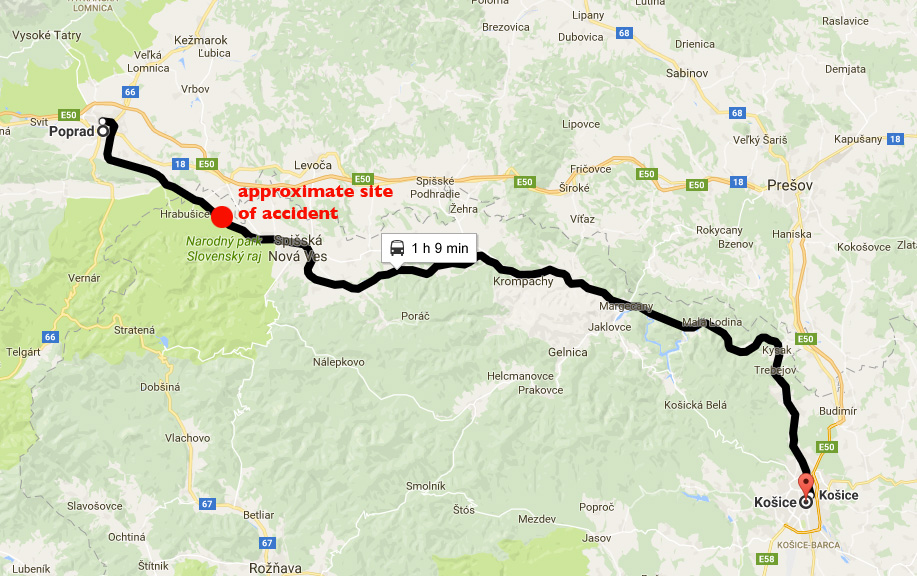 Upon arrival, passengers inspected the damaged electric locomotive, as railway workers prepared to disconnect it and bring in a replacement. 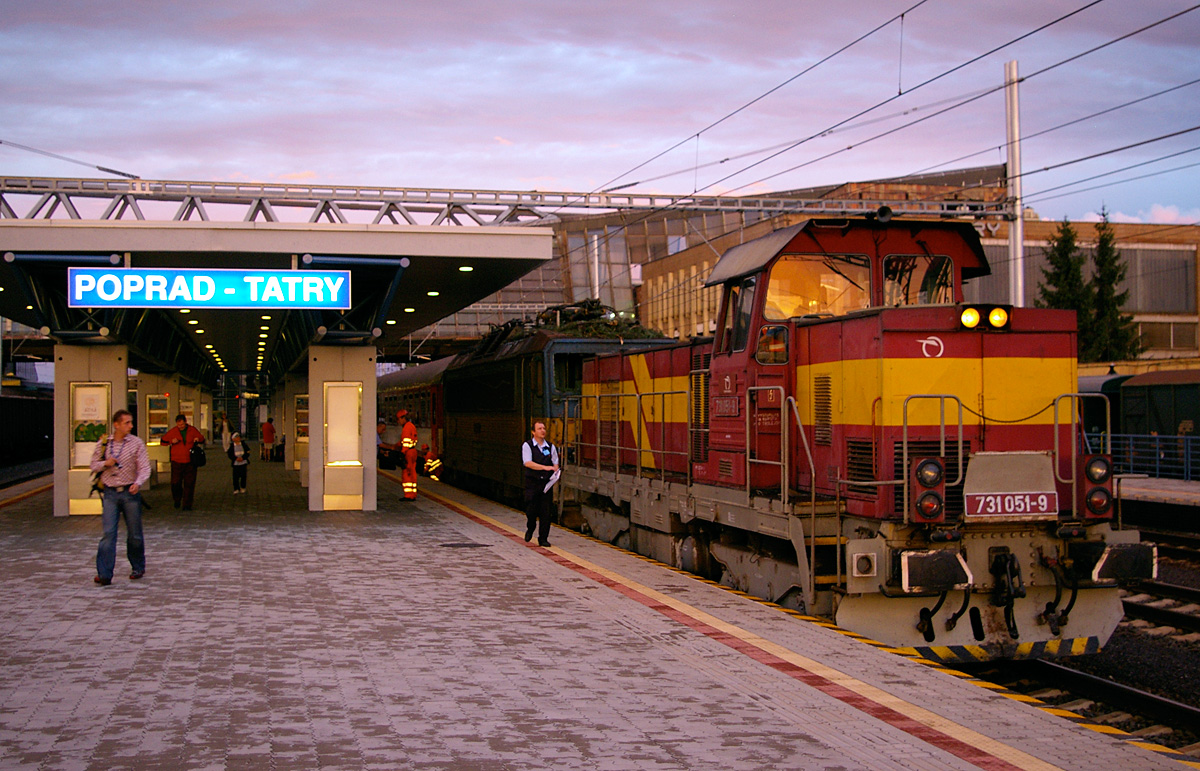 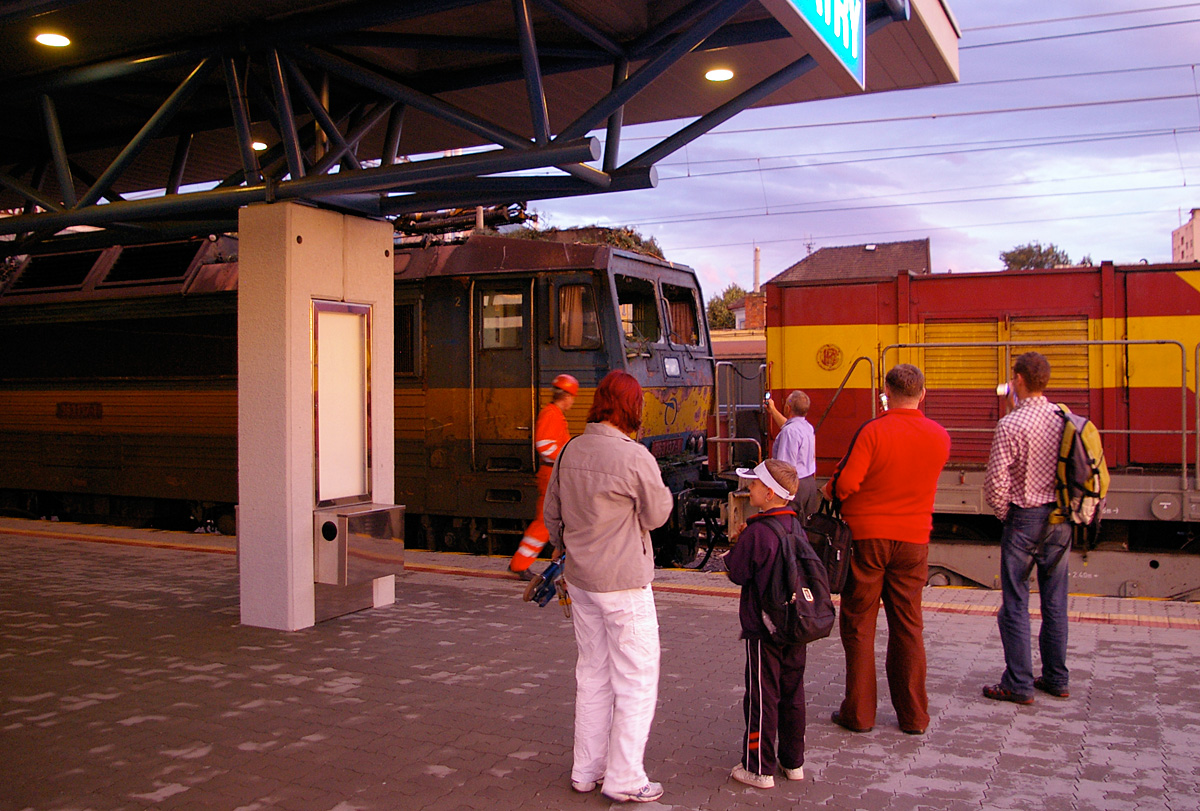 It was time to head to the hotel. It has been an exciting day. Fortunately, no one was hurt, the delay was minor, and we had a story to tell when we got back home.